When I first saw this design I put it in the “yeah, prolly not” because it looked hard: 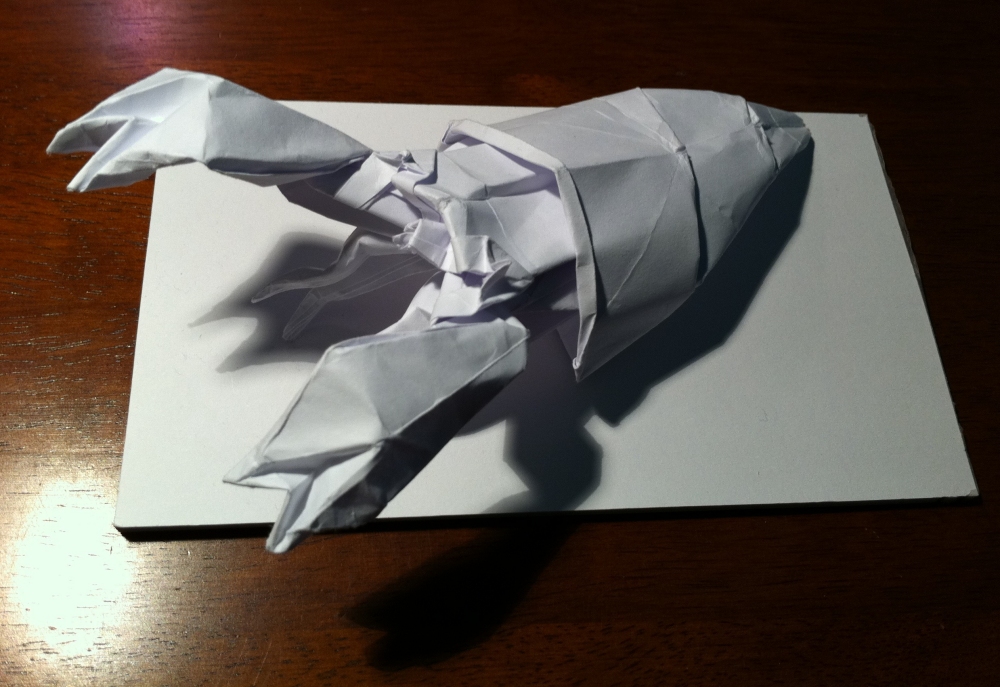 A twisted shell, claws, legs, eyes on stalks and a seemingly impossible series of paper torture instructions. Previewing instructions, many of them made no sense until you were in the moment – the impossible collapse to get the legs and claws together was so poorly described I just sort of improvised, symmetrically, and it turns out what I did was what I was supposed to – psyche! 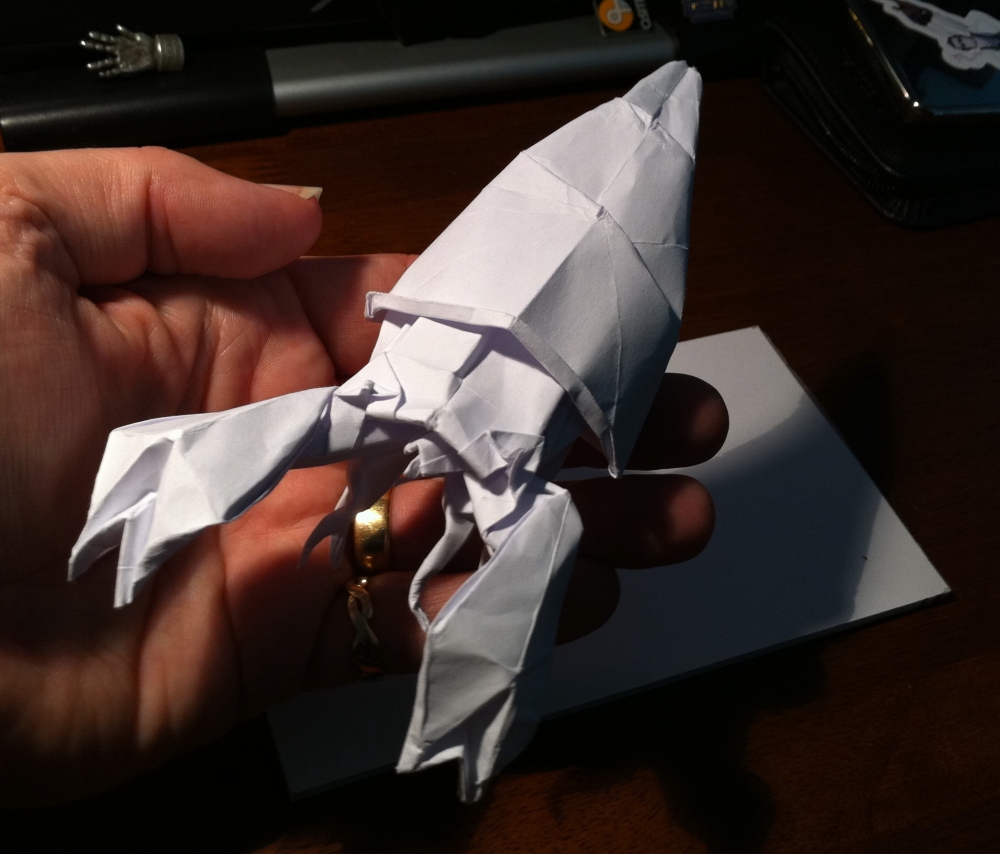 I am really chuffed that this model worked – a real challenge to manage the paper fatigue as some of the major axes are bent, swiveled and stretched to the point of splitting, fortunately I was able to shepherd the paper through to the end.

A trecherous fold really as, just when you think you are on top of it, the instructions require you to fold it inside out – arrrgghhh! It makes sense, the critter needs to be inside the shell but I wish there was another method to get there as I nearly tore it asunder in an attempt to turn it inside out without losing the already folded body – ended up unfolding it nearly completely and then re-forming as best as I could inside.

Quite happy with the result, it does look hermit-crabby, although it looks like he is ready to trade up to a larger shell.