‘Tis the season when thoughts of old hippies (and new-age trendies) shift to prepping for the Woodford Folk Festival: 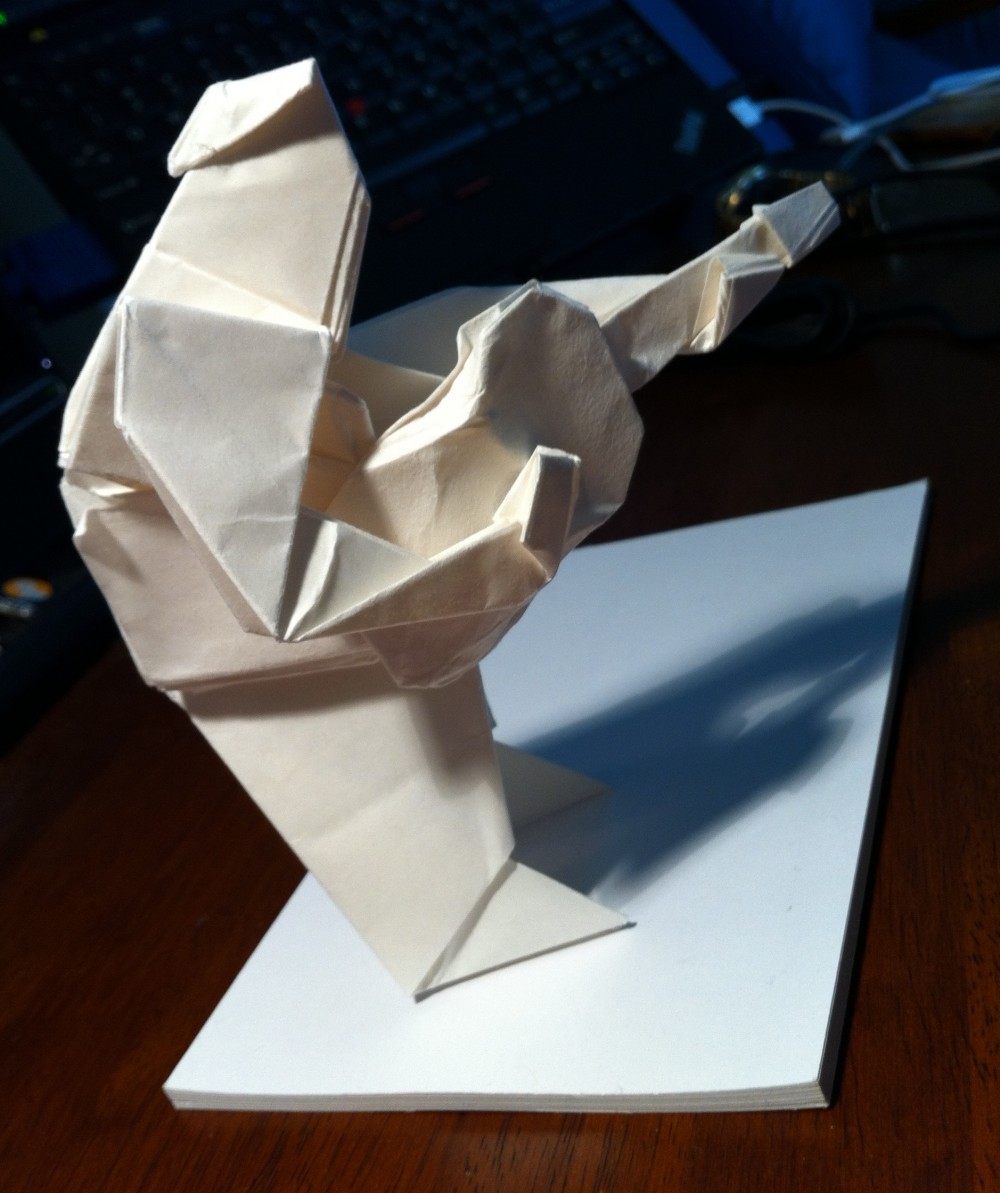 I am old enough (and formally a resident) to remember when this gathering was held at Maleny, and how the locals hated this time of year because of the huge influx of afore-mentioned hippy-hopefuls. 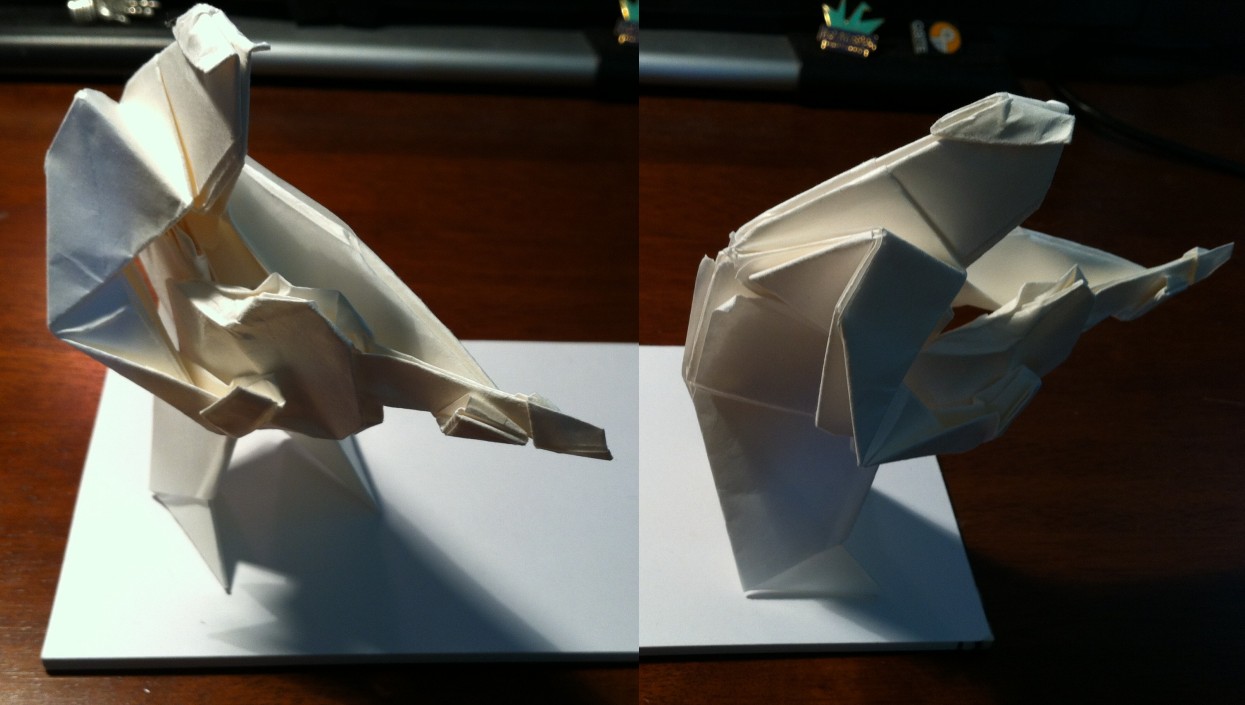 Folk guitar is one of my pet hates – I fantasise about “tuning” a folk guitarist’s acoustic guitar with an AXE. I am not ashamed of this viewpoint. Lord knows it was difficult enough to cope with whilst stoned and off your tits on ‘shrooms. Whining, newage plucking and tie-die are the bane of a modern existence – there, I said it!.

This is Robert Lang’s “strumming guitarist” folded from his brilliant “Origami in Action” book. There is much to like about this ingenious model, including a body AND guitar from one square, uncut.

It is an ACTION model – in that it is specially designed to MOVE – you grab the legs, and jiggle the head in and out and he strums the guitar entusiastically – very neat. 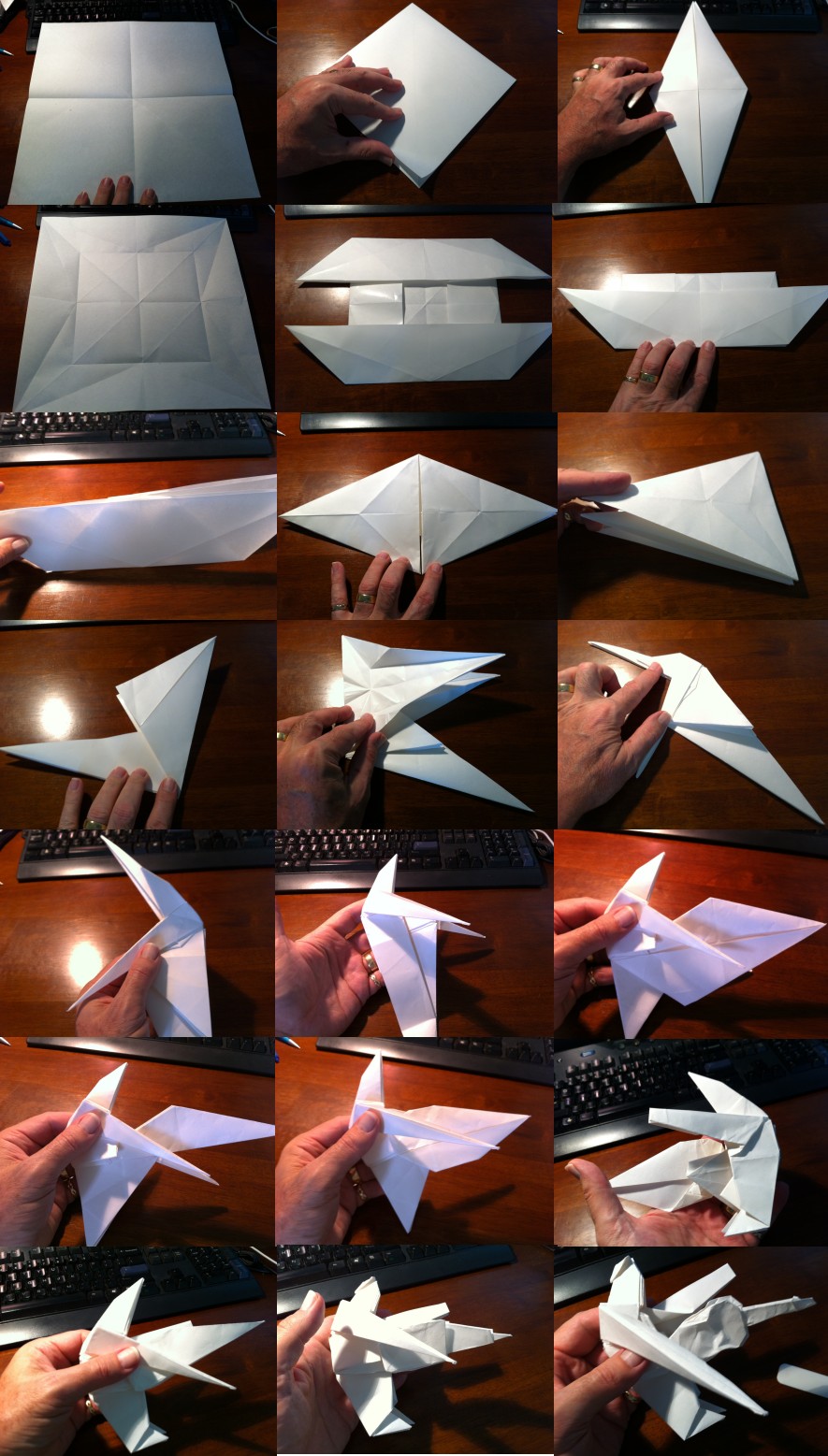 I would like to say the instructions were flawless – I am convinced there are 3 errors, having unfolded, re-folded and swore a lot at a couple of junctures. Still, in the end I improvised and it worked fine.