Trapped in a particularly uninteresting supervision (I am a teacher, sometimes we have to supervise other teacher’s classes), I began bending paper unsure what I was going to make. 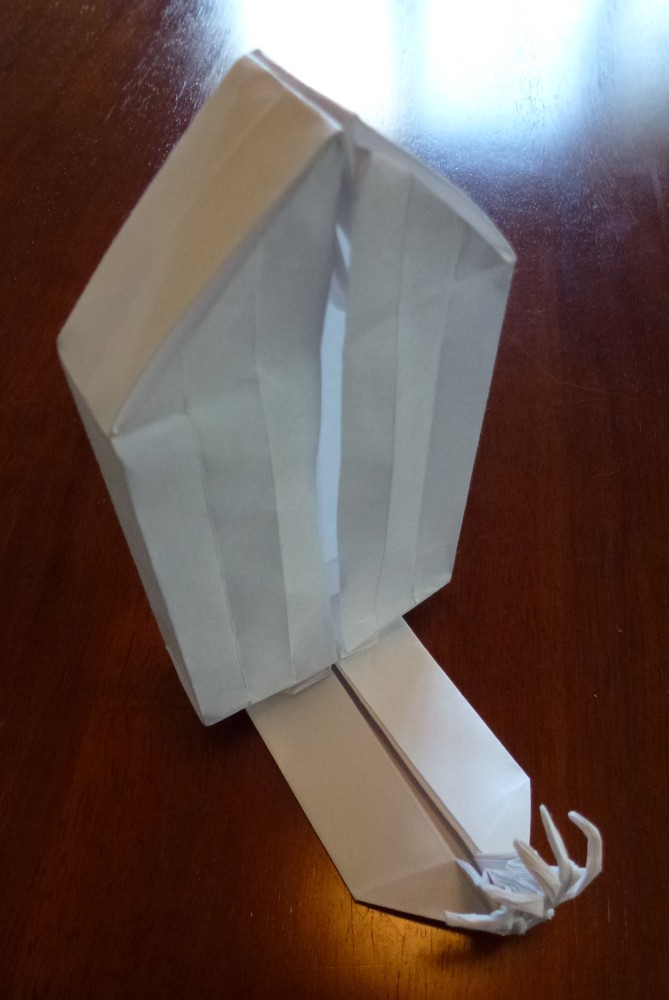 First I fashioned a hand, devising some lovely slender (skeletal almost) hands and looked at the paper I had left and then it came ot me – zombie hand emerging from a grave. 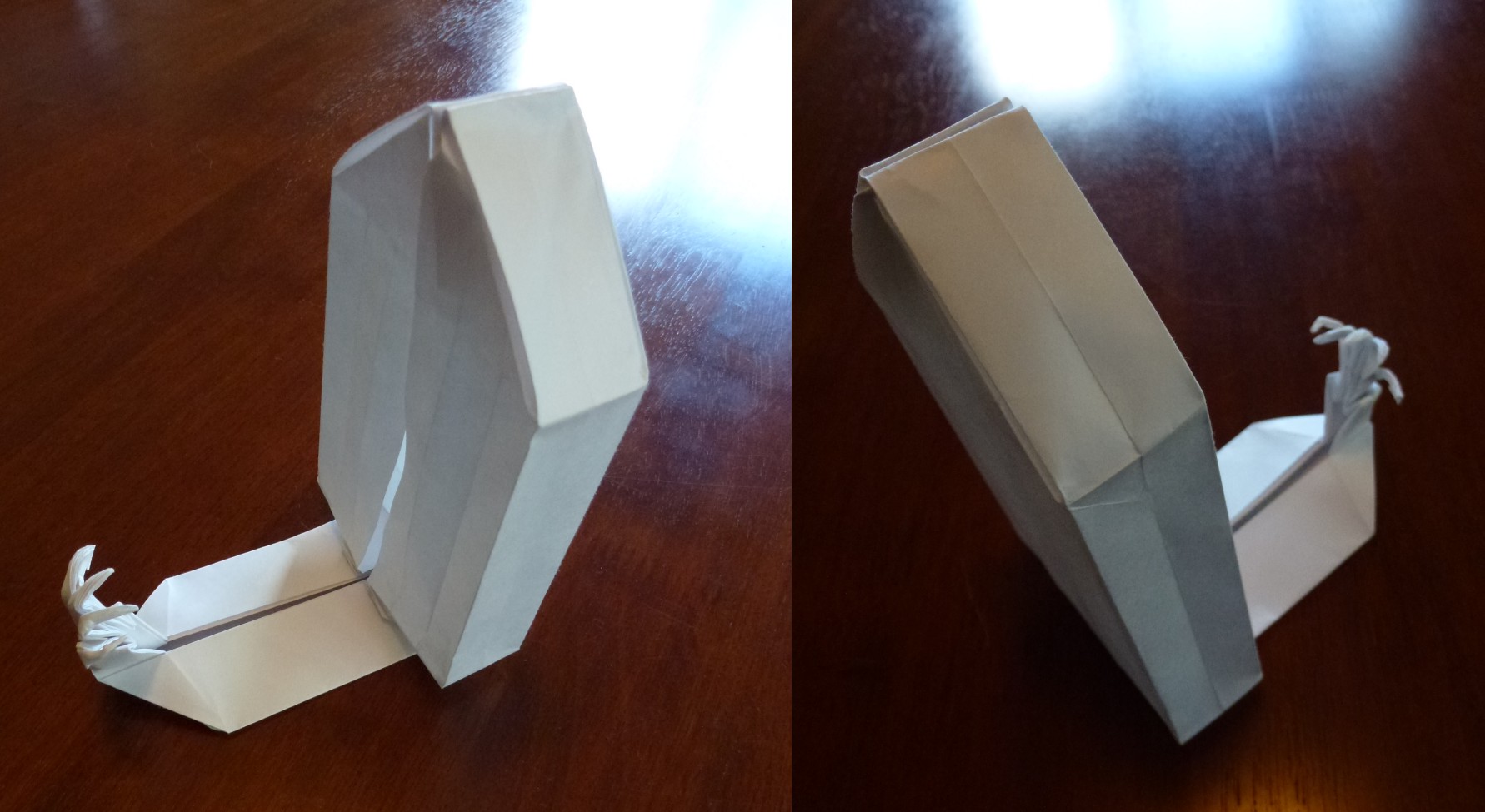 After much experimentation on the tombstone mostly, abandoning a full cross (yes, I did successfully box pleat one but in the end it seemed unnecessarily fiddly for the concept) I settled on a simple headstone.

This is the second time, whilst doodling, a new model has emerged (the other being superdude) and I am quite chuffed with it.

If you KNOW what you are looking at, it is obvious: basic scenario of undead digging themselves out out the grave; but honestly I had some hilarious guesses from passers by who noticed I was folding and wondered what it was. 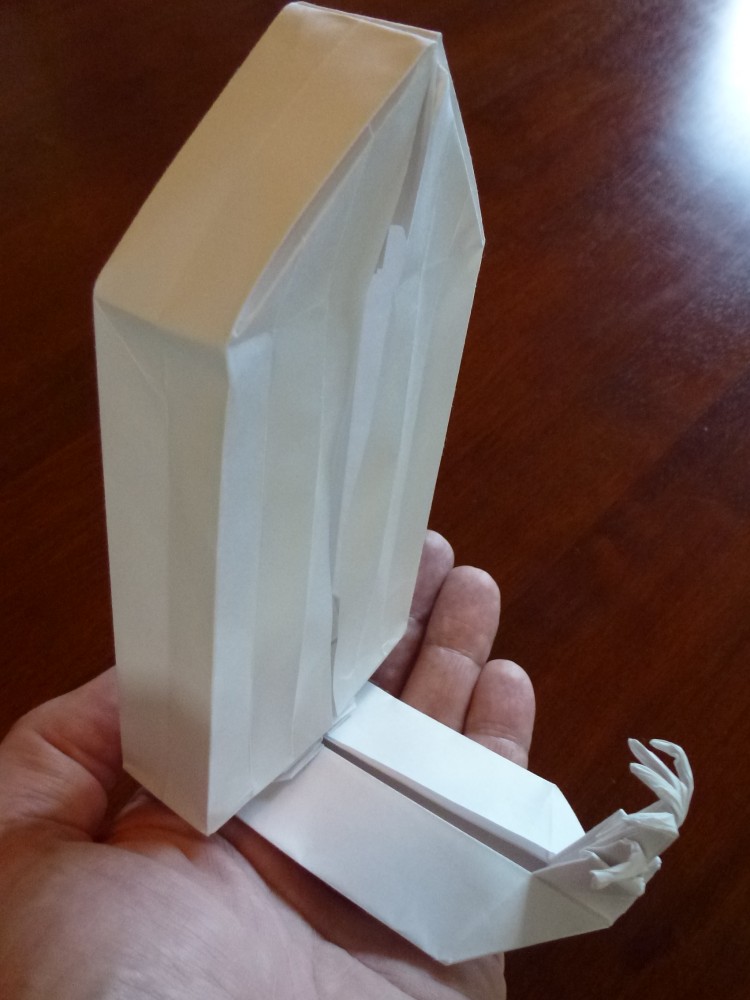 This is a little early for Halloween, but would love someone else to have a go at folding this to see if the photsequence is stand-alone or needs extra annotation.