I have been a fan of Star Trek since it was possible to be so, love the franchise, movies, series, the lot. I saw a diagram that resulted in an ATAT (All-Terrain Armoured Transport) – one of many fairly silly designs from The Babylon 5 universe, and with some shaming from a friend (thanks Dodes) I decided to give it a whirl. 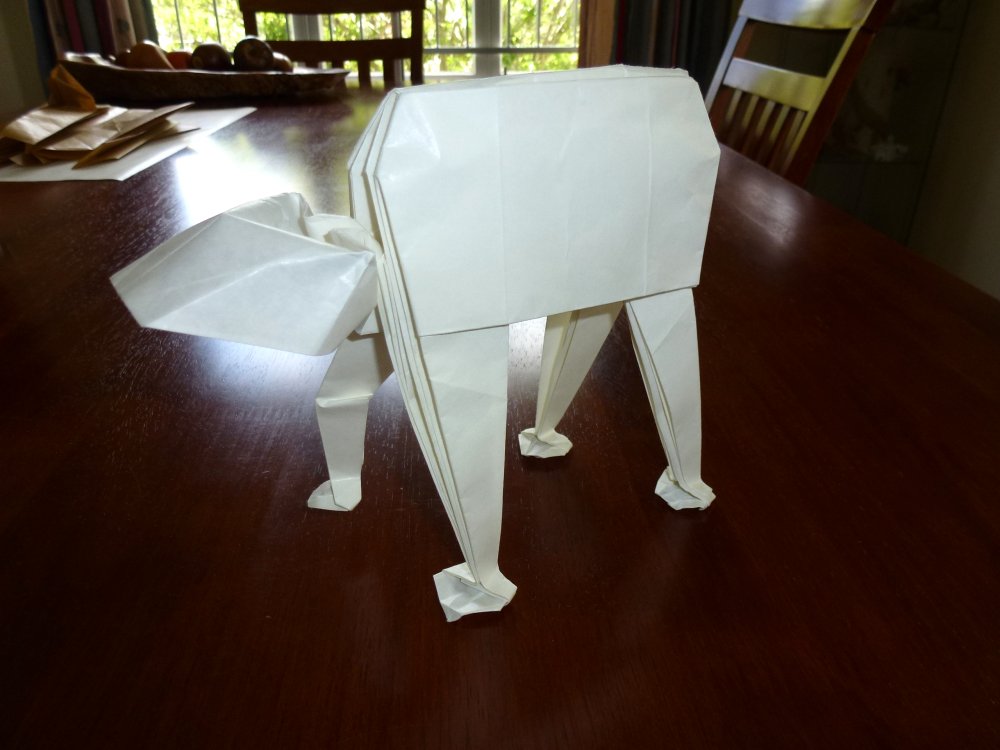 If you were making a vehicle for battle, the last thing on the design bench (apart from a 2 legged chicken-like bipedal mobile gun turret) would be a quadruped.

Any Browncoat worth his part of the ‘verse would be able to ride their Viper Mark II with cables attached, tangle the legs and bring the thing down, like a heavy, falley-downey thing. 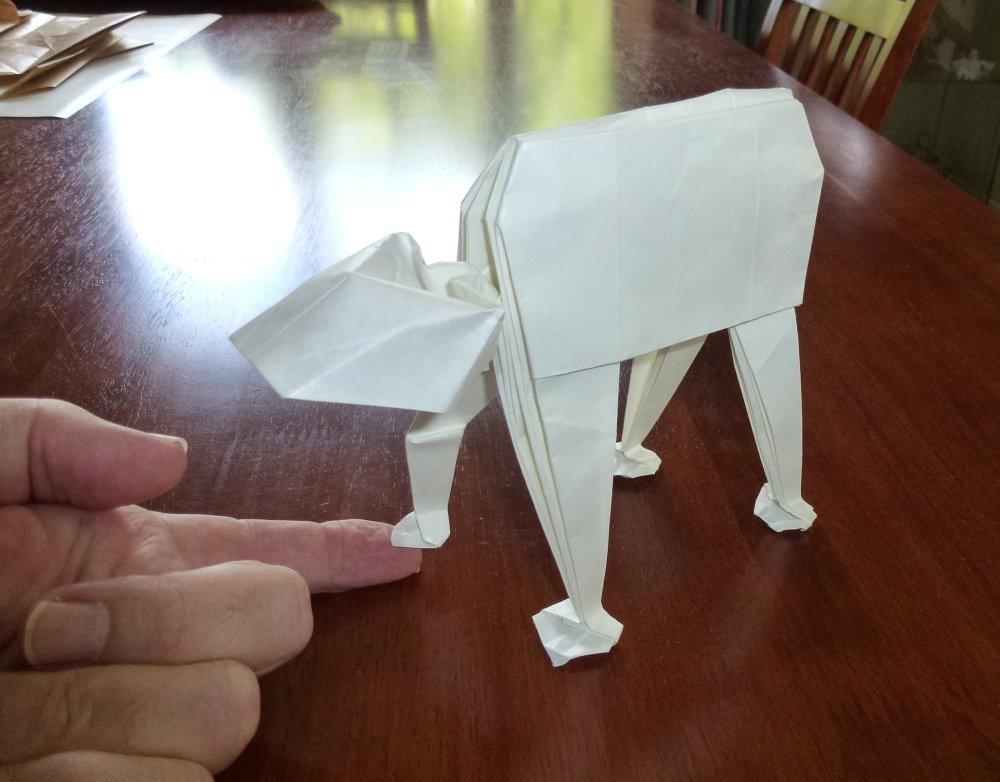 This model hides a huge quantity of paper (it might be worth re-working to tease out some mechanistic detail) to result in a lovely posable quadruped that resembles K9 (if indeed K9 had legs and they were mechanical). 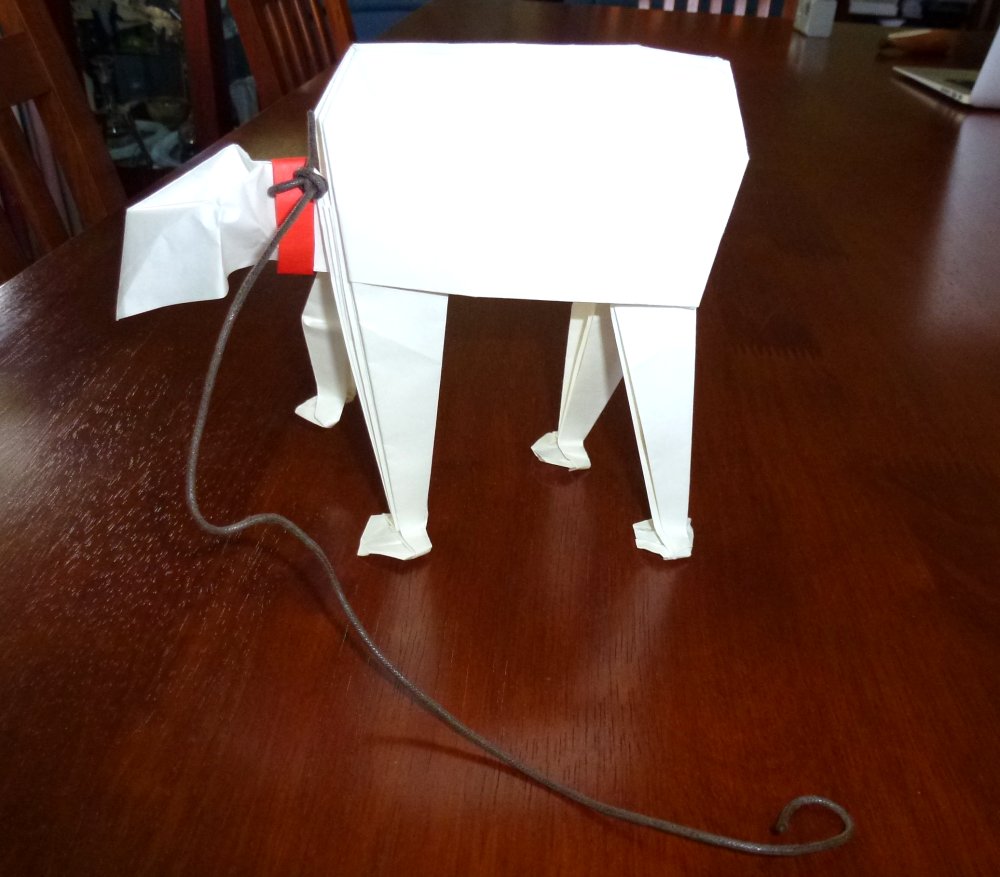 I went off plan in numerous places to improve the fold, and decided to do a bunch of closed sinks to tidy legs, body and heady thing. In the end I think this was a good idea as it simplified and strengthened the model, stopping it from unfolding in ugly ways and making it more posable.

No idea what I will do with it, I am not really a dog person but it did make rudimentary movements to “shake” when asked, and I think a collar and leash suit it. 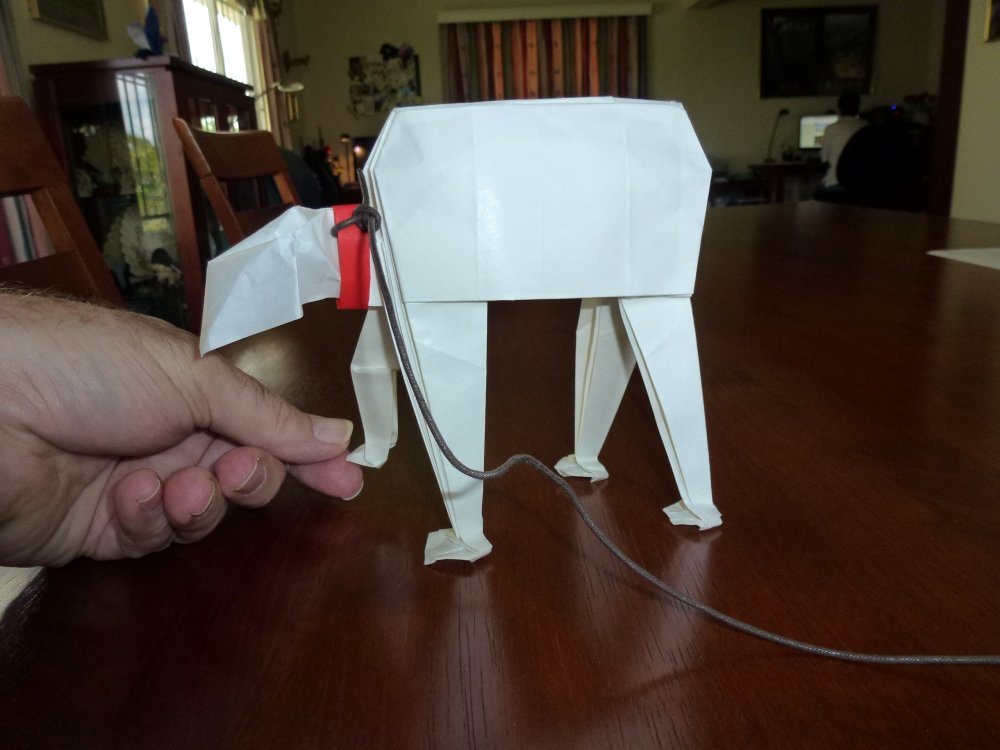 There is lots of “starwars-agami” and I must try more, I have folded Yoda a few times but should look for more of the vehicles and roboty things to fold.