Rowing is huge at my school – a veritable machine that hundreds of kids get very passionate about, a gear-fest like few others: 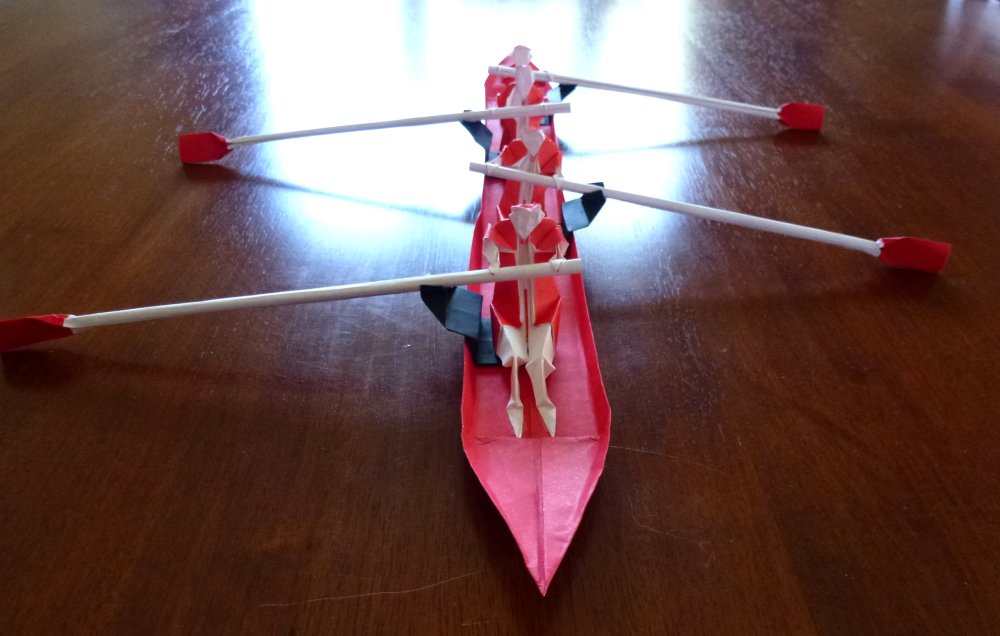 Seems the purpose of the sport is to put boys in lycra, sitting atop tiny fiberglass shells, armed with a paddle rowing furiously backwards across vast distances of water. The competitive nature sees rowers exerting huge amounts of energy, enthusiasm and biomass in singles, teams of 2,4,and 8 with or without cox against other equally keyed-up teams. Quite a spectacle.

I had been toying with the idea of a rowing crew – fishing through my portable origami paper collections I had enough for 4 rowers so decided on a “quad”, but was told that I needed 8 paddles for a quad. Apparently a “four” only used 4 paddles (umm … yeah) so that was what this became. I found some paper that I joined together to fold the boat and split a larger square into quarters for the oars – it sort of just happened in my downtime awaiting students handing in assignment work.

The result is a red and black diorama of sorts – a lovely multi-part scene that has some original elements and some from David Brill’s “Brilliant Origami” tome – such a wonderful book. 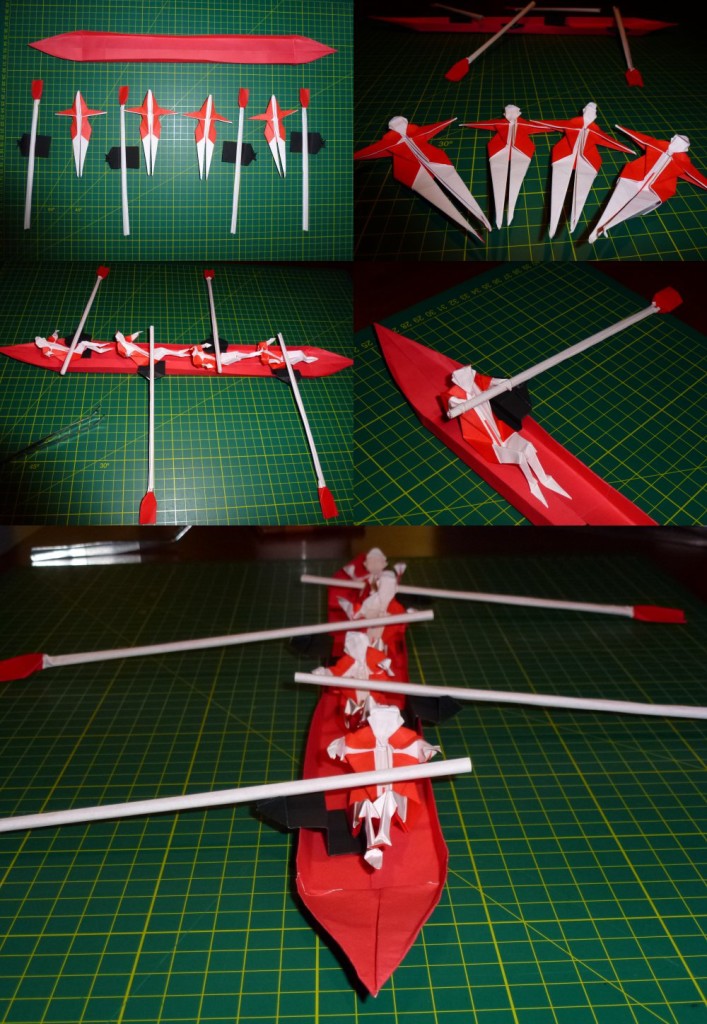 After much playing around, I managed to get the red zoot suit to cover most of the rower’s body, and fashioned a small cap atop their heads also. Tiny and fiddly, without my tweezers at work I clumsily formed details that I attempted to refine later with various success. 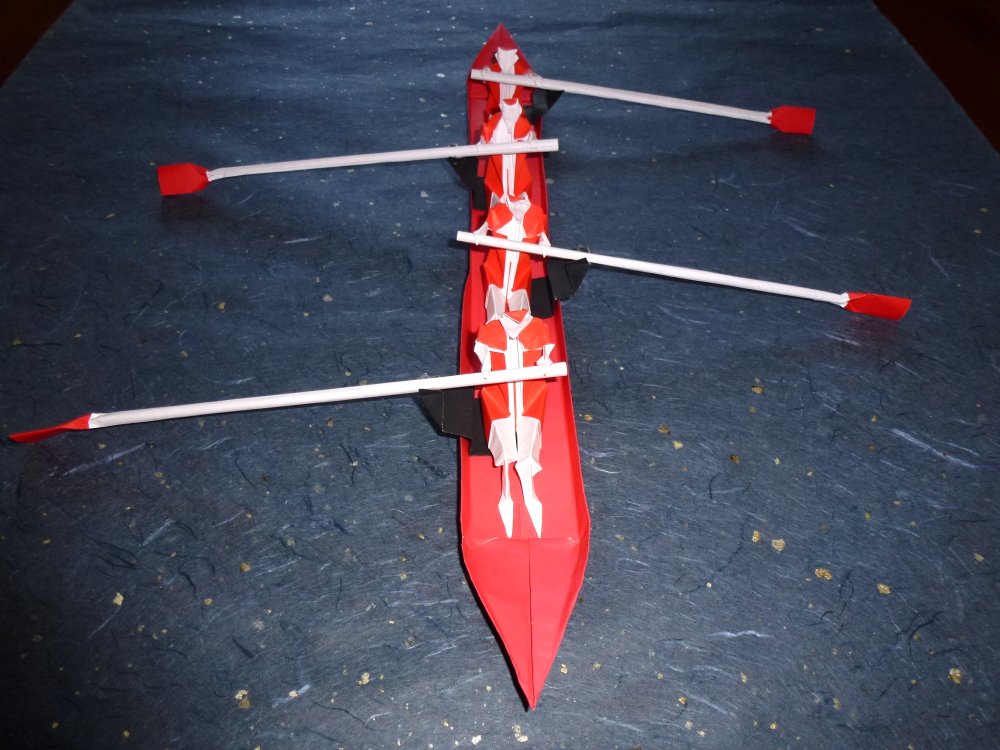 I am really happy with the result but have NO IDEA what I am now going to do with it – it is too large for my place, must see if I can find it a new home.