Now Jo is researching Castles, we aim to stay in one when in England next year (for my Long Service Leave) and it occurred to me that a knight in armor was possible: 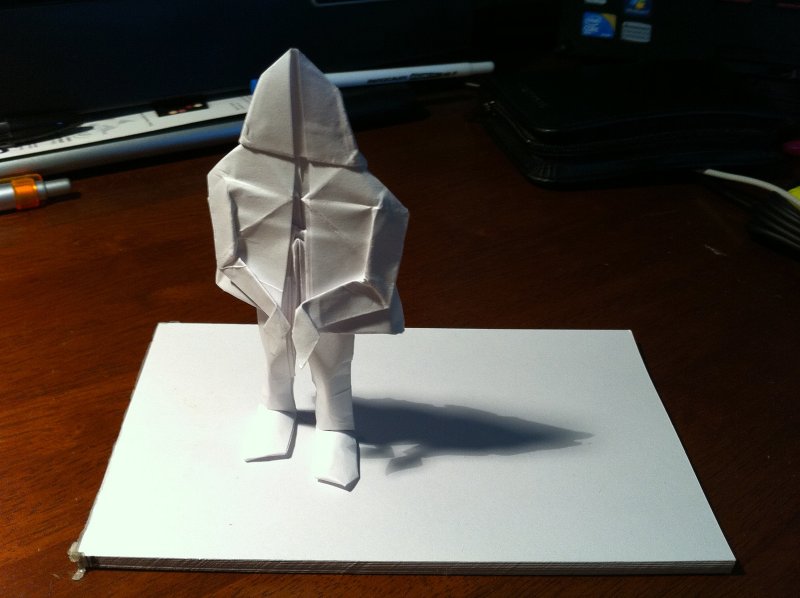 I would like to pretend this was my first-fold – in truth however, it is the first SUCCESSFUL attempt after long abandoning it as a younger Origamist. I have less than fond memories of this model – it is from the book “More Origami” by Robert Harbin, a fold I never prior was able to achieve – I had given it up as “too hard”. Interestingly, when I tried it today it seemed easy – my skill level must have improved I guess.

I admire this model, a Neil Elias classic, because the arms seemingly come out of nowhere, you crimp a flat flap and suddenly you have elbows, arms and hands – neat. It is also free-standing also which is nice.