Yoshizawa Sensei once said “The Horse and the rider are not one, nor should a model of them be”, or words to that effect and I think this model is an interesting reflection of that sentiment: 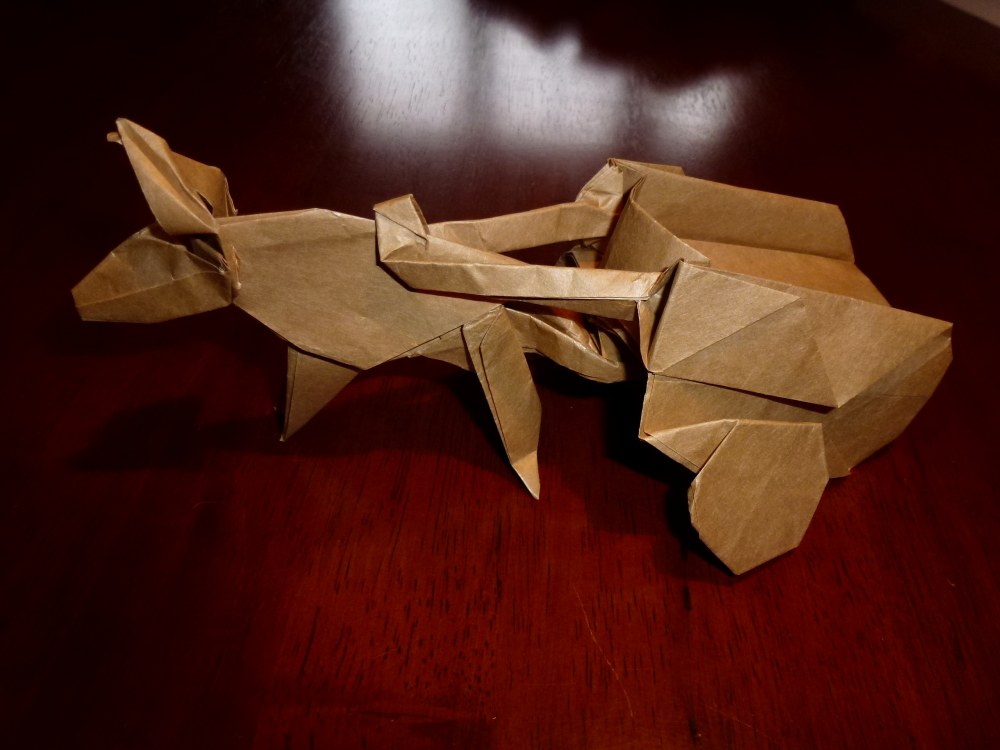 This is Eduardo Clemente’s “Burro con Carro” which I think means “Donkey and Cart”. Fashioned from a 3×1 rectangle, the technique involves completely wasting the middle square to provide a join that more or less makes sense between the cart and the tail of the donkey.

The trouble is, the join is so thick that modelling the hindquarters of the donkey is compromised, the cart does not sit quite right and the front of the model is so light that modelling front legs and head/ears is flimsy and a bit of a fail. 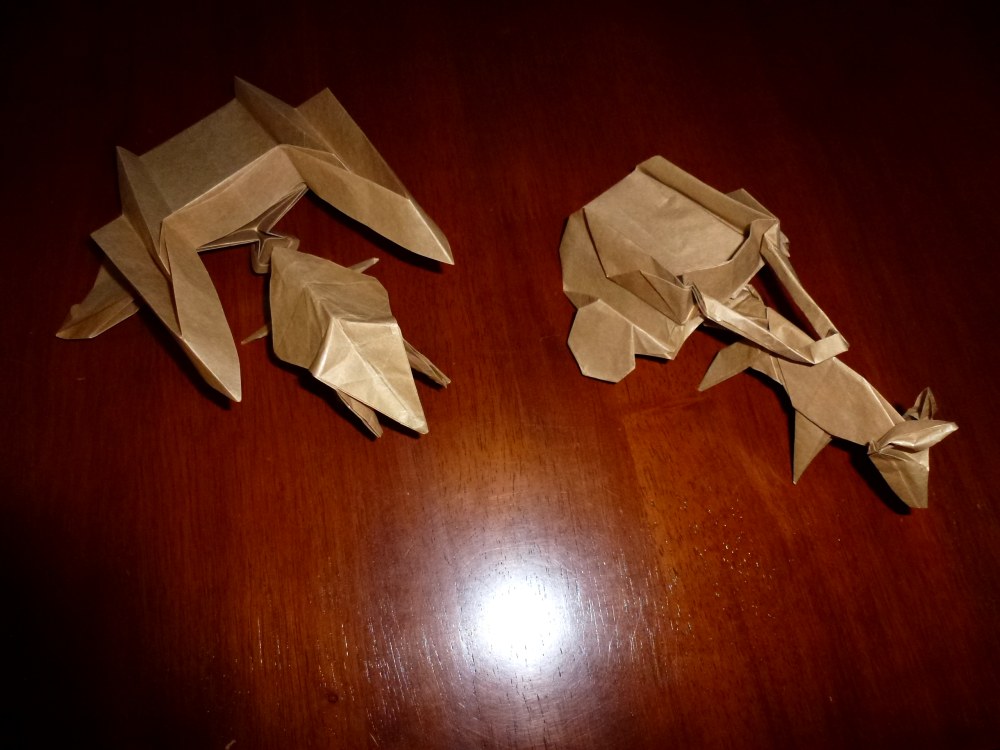 I tried this model twice (I had a theory that folding it whilst diseased might have influenced my opinion of it, turns out that was not the case).

The diagram is also confusing, initially I misread where the bundle of as yet unused paper should be and folded the mule backwards … facing the cart, which it itself is an interesting juxtaposition.

I do not think I can improve on my attempt here, nor will I try. The thickness of the paper at the join makes modelling very unsatisfactory, and the abundance of landmark-less folds increase the oddness of shapes and alignment of limbs. Suffice to say it was an interesting exercise but such a shame to waste the whole middle of the sheet – we could have fashioned a wagon driver, in sombrero, with reigns and still had paper to spare.

I guess for it’s time (mid 80’s) it was cutting edge design, and I did learn something wrestling with it so it was not all loss.