May The Fourth be with you.

Now I must admit to being one of the original Star Wars nerds, seeing the films when first aired a number of times – they heralded a new style of Sci-Fi, a place where space was common place, space ships were clean and villains announced their evil plans with enough time to allow the rebel alliance to thwart them: 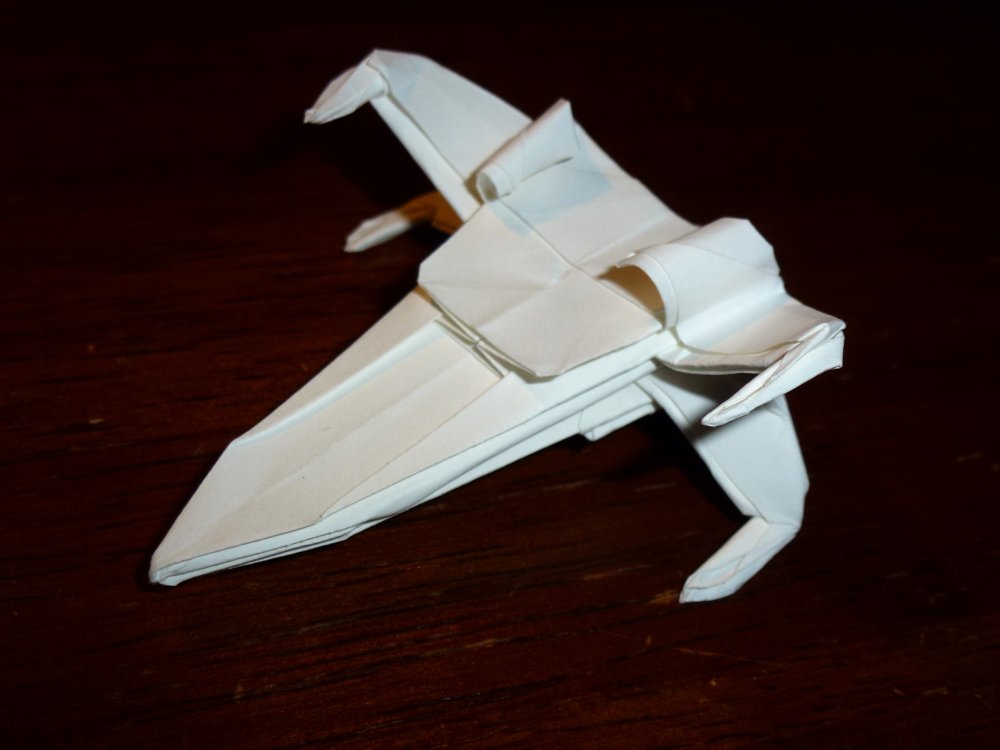 The spacecraft in the Star Wars universe were unique and wildly illogical. I can remember seeing Tie Fighters and thinking wtf?

This is Martin Hunt’s “X Wing”, a lovely little intermediate model that fairly faithfully re-creates the craft. I chose to celebrate “Star Wars Day” … you know, the whole “May the Fourth” be with you meme. 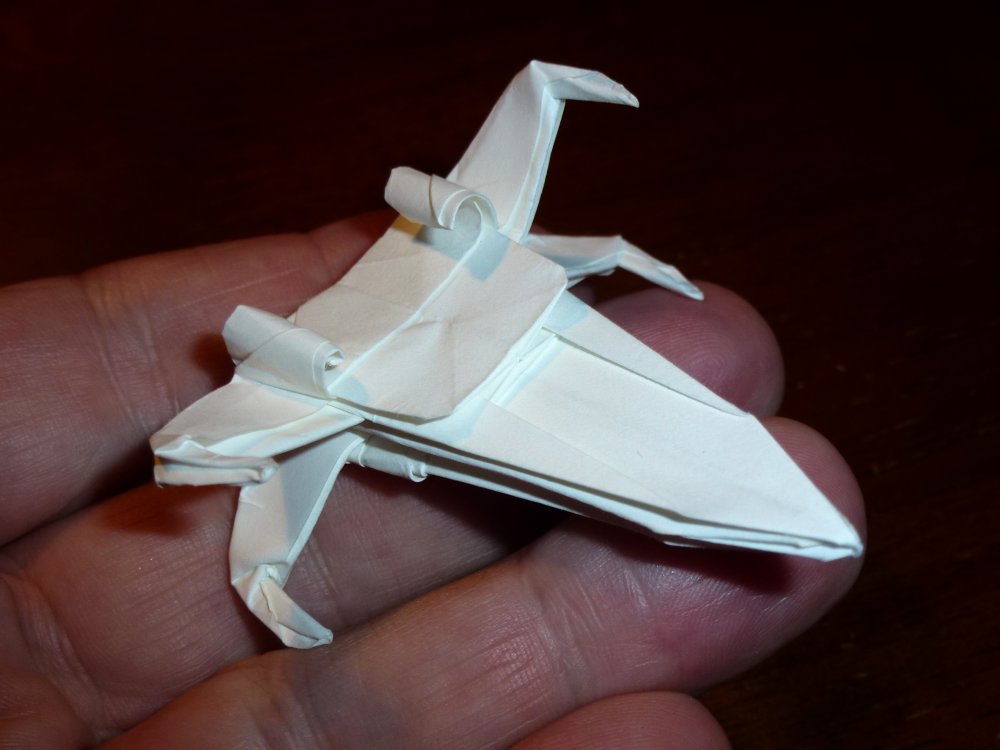 The scale of this is tiny, made with a 15cm square, I needed tweezers to complete the tiny tucks that make the details on the fuselage.