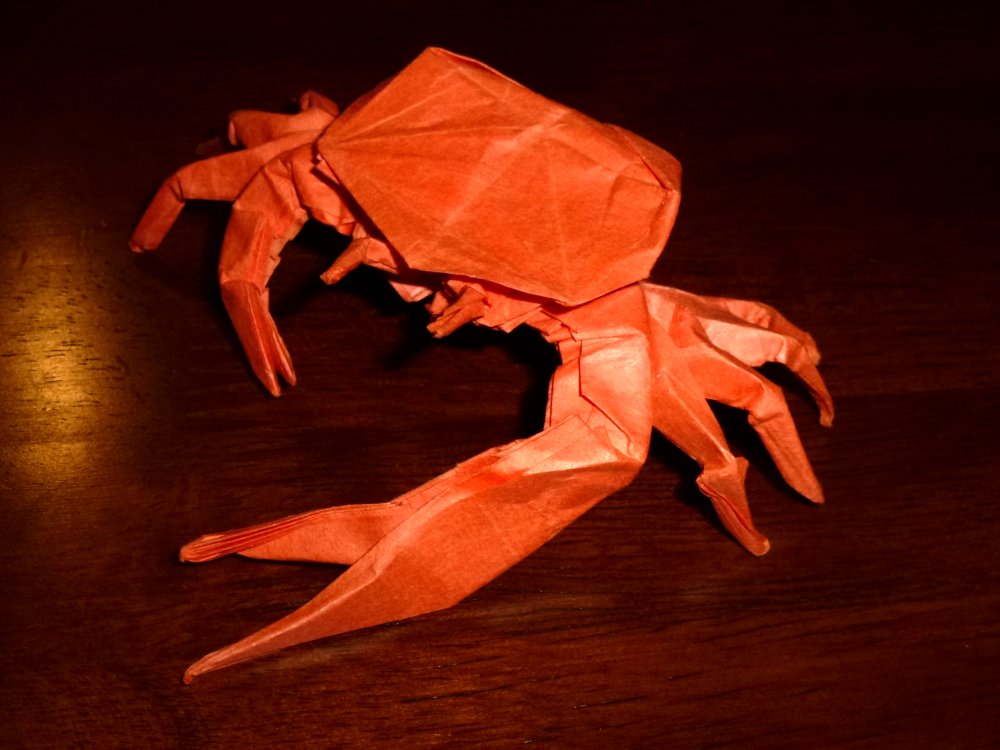 My fold-philosophy on this gig was to faithfully (well, as faithfully as I could) follow the hideously complex fold sequence and sort of just stop when I could go no further. Step 53 alone took me over an hour and a half to achieve – I just could not get my head around what was happening in the sparsely diagrammed model.

To my delight and surprise, the model worked. the paper I chose was deliciously thin and strong, but waaaaay too small for a first attempt, making accuracy an issue. Given also that it was also not quite square when I started, this model rendition is something of a miracle in my eyes. 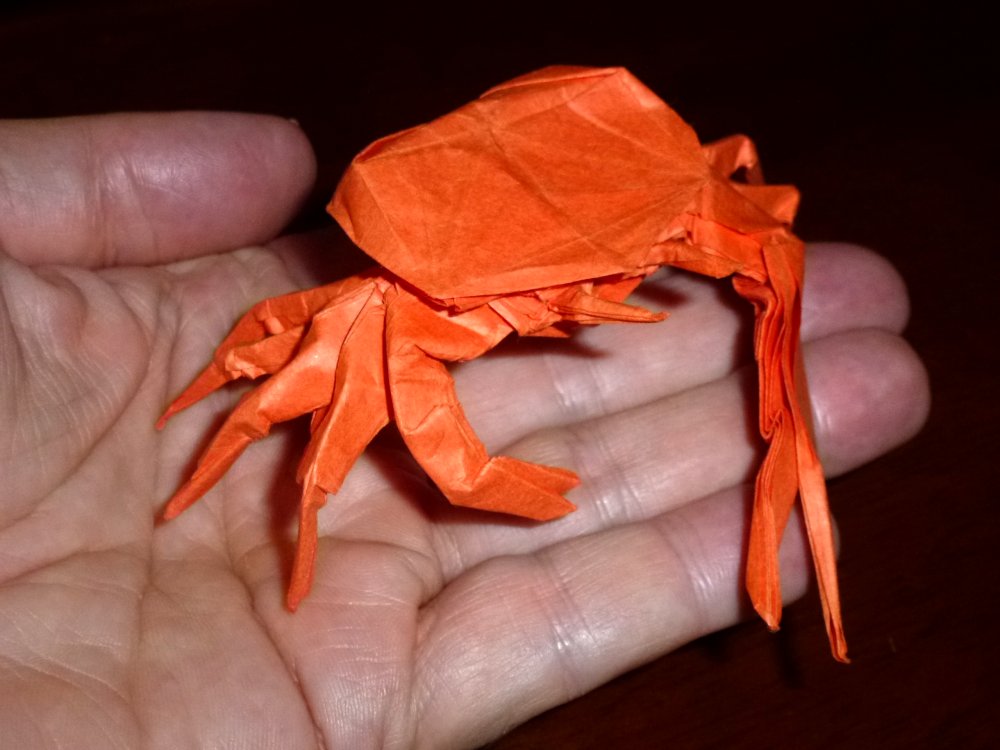 I love the 3d body, legs, nippers (characteristically one large than the other), eyes and mouthparts – easily the most detailed crab I have attempted – genius design, I must fold this again when less rushed in bigger paper.