Often Origami books are organised such that the simpler models are at the front, more challenging folds towards the back. “Origami Pro 3 – Machine Origami” by members of the Korean Origami Association is organised such and this model was the last one, designed by Jang Yong Ik: 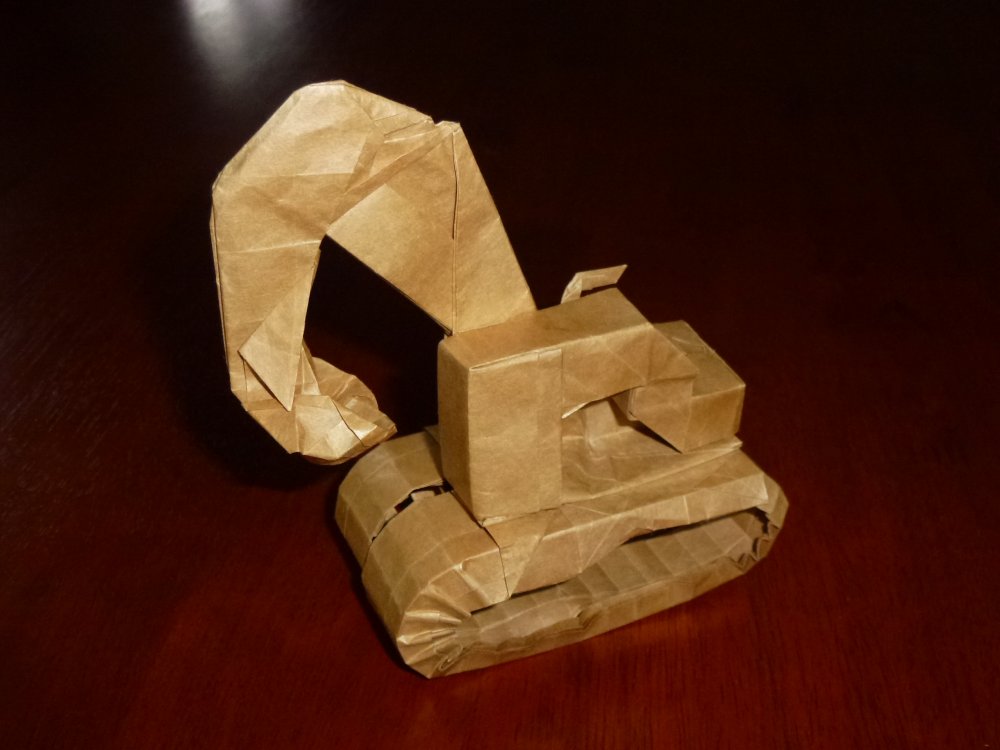 Starting with a 60cm square of thin crisp Kraft paper, you begin tiny grids, then collapse the edges only, then form a preliminary base, then bird base, then begins a layer management exercise from hell as we thin down and divide the points to make the bits that would later be details.

After 2 days of wrestling, it became obvious that, although I had all folds in place, the model was going to need some help to keep its shape.

Using tiny little dabs of craft glue, I gently secured the strange “moebius” like maneuver to form the cab, engine and smoke stack. The digging arm is fairly straight forward, formation of the bucket I left until the end, which turned out to be a good idea as I think all the wrestling and clamping to stabilise other parts of the model would have damaged it.

The tractor treads end up being long crimped strips that tuck inside themselved to form a loop – quite clever really, but I am not sure I like models that only exist because of glue. I think that even if you used foil backed or metalicised sandwich papers I think it would be a loose saggy mess around the cabin. 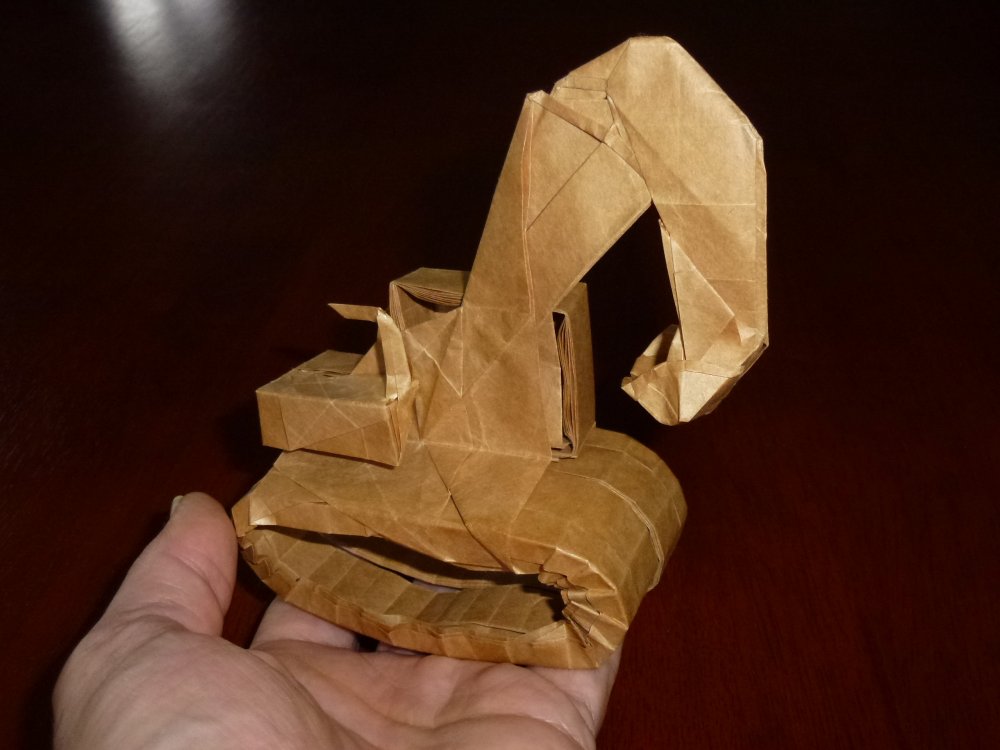 Design-wise, this is ingenious – taking so much paper and dividing/hiding away some much of it, the resultant model ends up being about 14 cm high and about the same long – tiny really given the starting sheet size. The design also uses colour changes (not visible in a monochrome fold) that highlight details cleverly.

I looked and looked for a digger to fold, the best one was this, so I may have peaked in the folding of diggosaurs – we shall see. I just wanted to reassure family and friends that this recent obsession is under control … really it is.