Ok kids, this week’s WTF (What’s That Fold?) #4 is a doozie, it is from a fairly old publication and is NOT land-based (that is what is called a hint people). 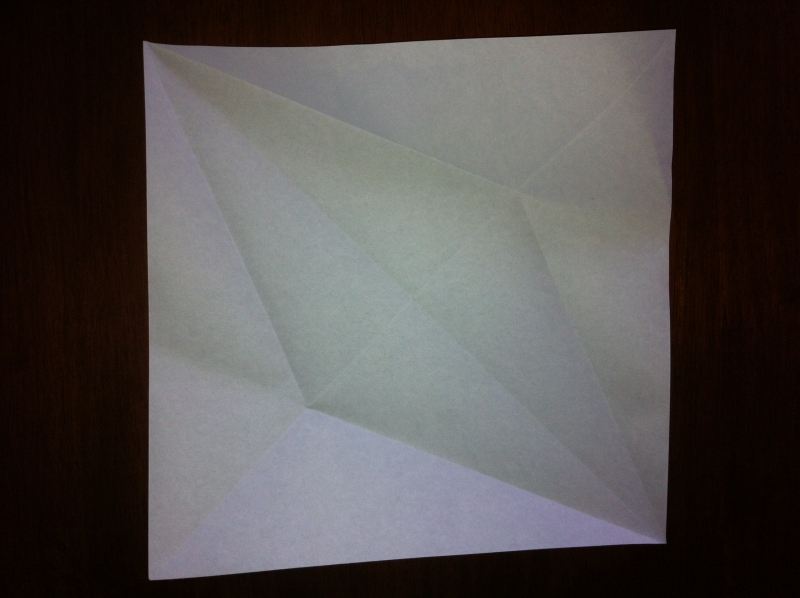 END_OF_DOCUMENT_TOKEN_TO_BE_REPLACED

So I hope you are getting the hang of this, follows is this week’s WTF (what’s that fold): 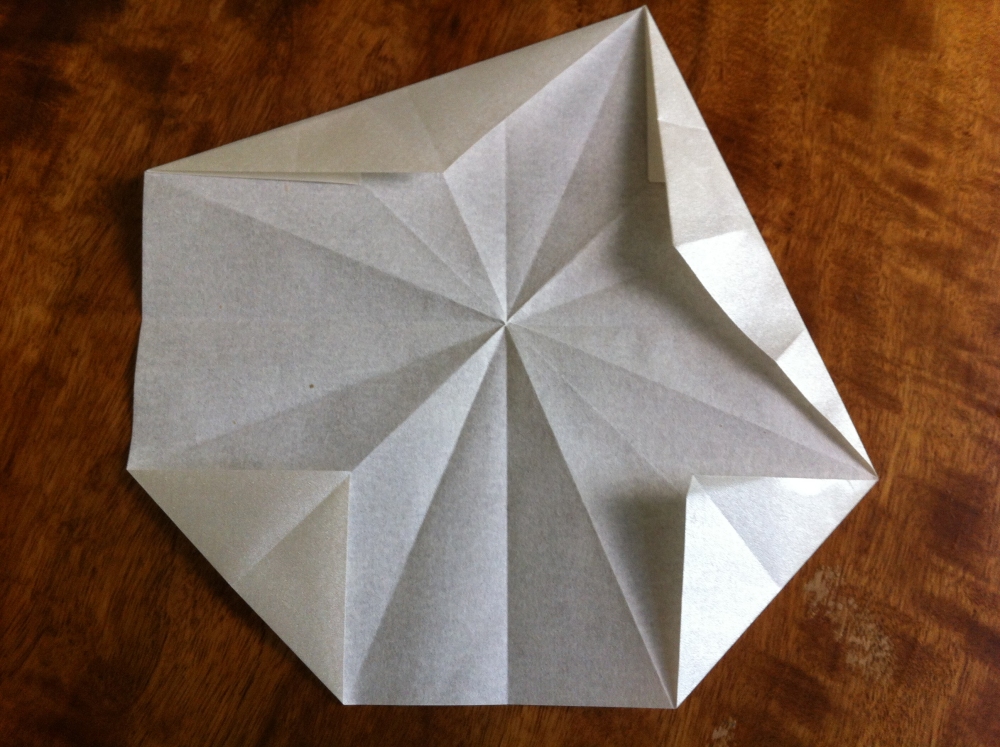 the successful guesser can have the model if they assist me with the postage (if necessary), so put your best thinking caps on and begin guessing.

After some clever asymmetric bending, you get this at step 9: 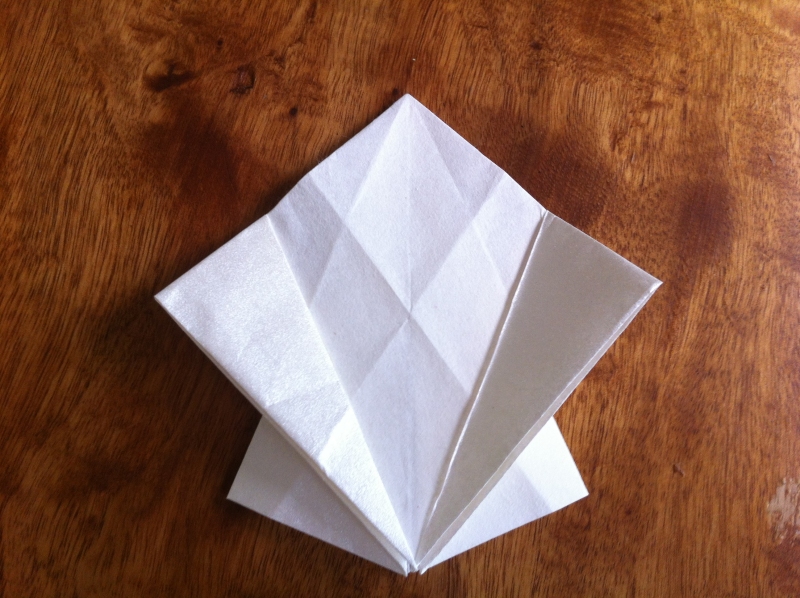 After some inside reverse folds and assorted bending, you get this: 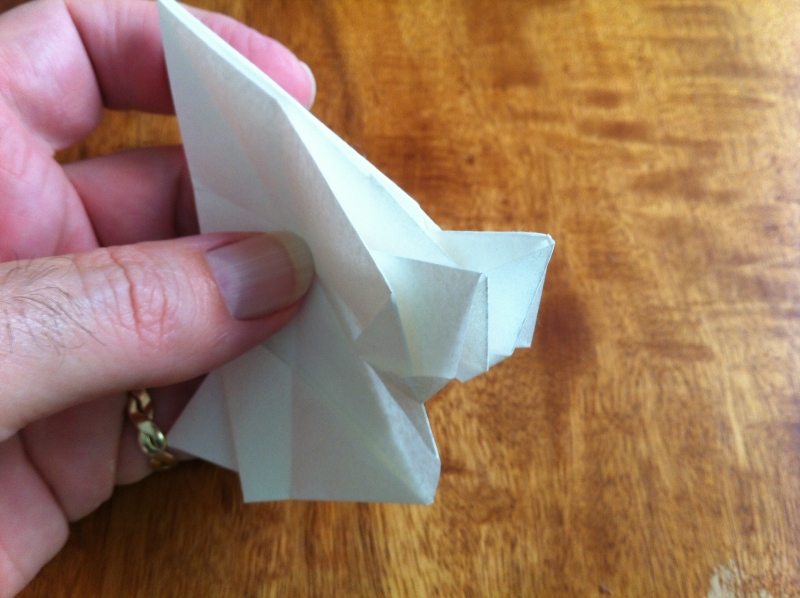 With a few swivels and a bit more bending, you get this: 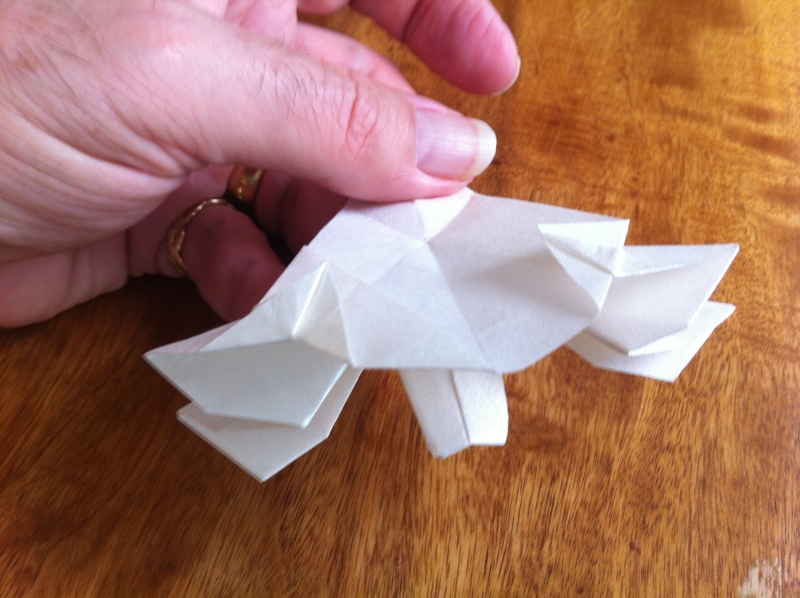 …this is your LAST CLUE – any closer to guessing?

Give up? CHECK OUT THE ANSWER – no guesser this week – get your act together people!

So, last week’s fold became obvious, I gave LOTS of clues and many guessed not only what the model was but also the designer and the book it features in – nice work.

On a different tack this week, I present the first clue in WTF#2: 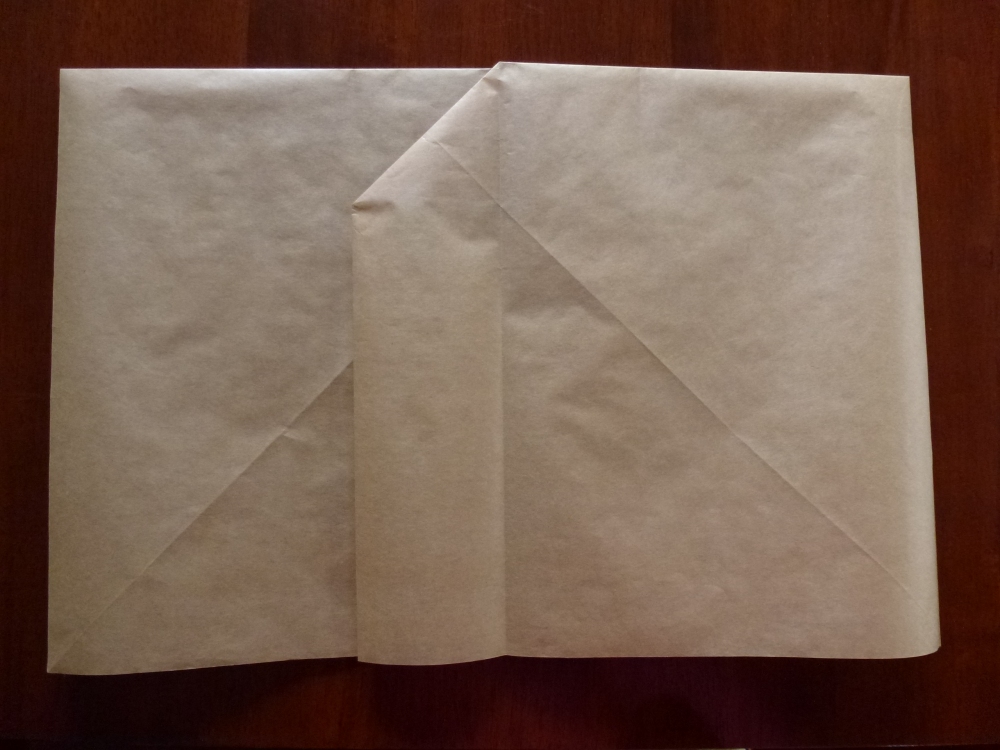 Take guesses as to what this will become (assuming I can achieve the model and it does not end up a scrunched up mess in the bin).

Depending on how it turns out, you can win either this actual model or a refold of it (the refold will be tidier I suspect).

Thinking caps on, suggest away (and expect less clues this time) 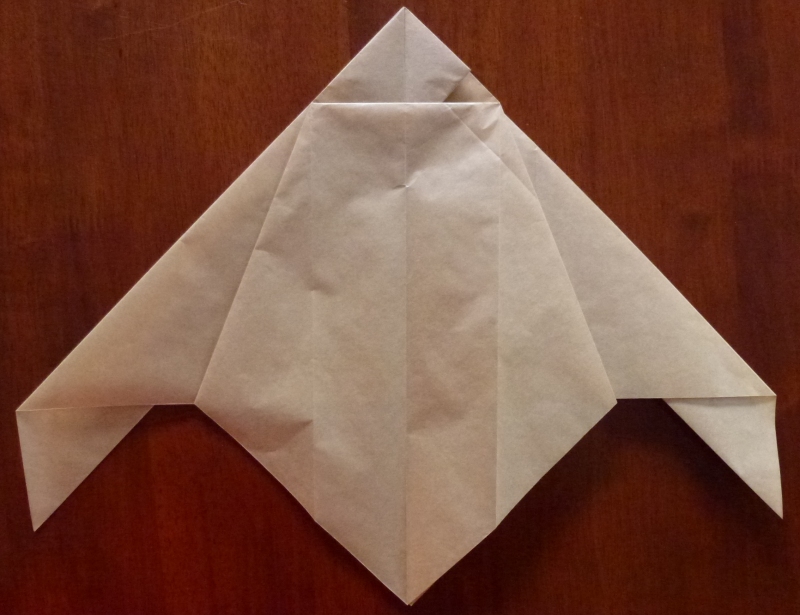 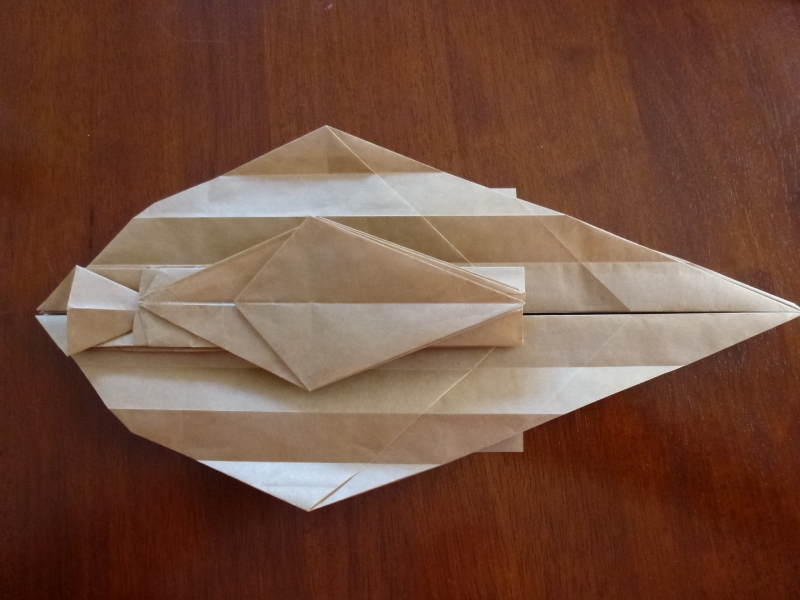 After a LOT of open/close sinks, it looks like this: 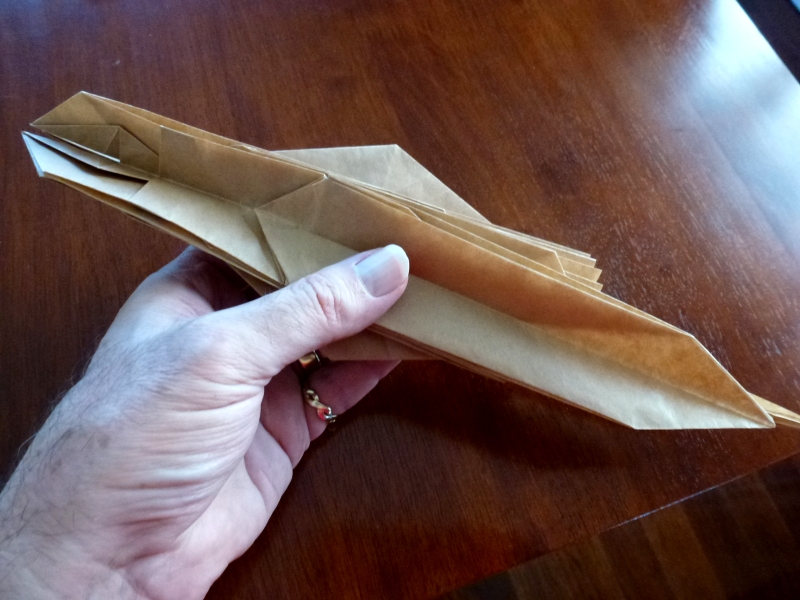 And with some nifty wrangling, it looks like this: 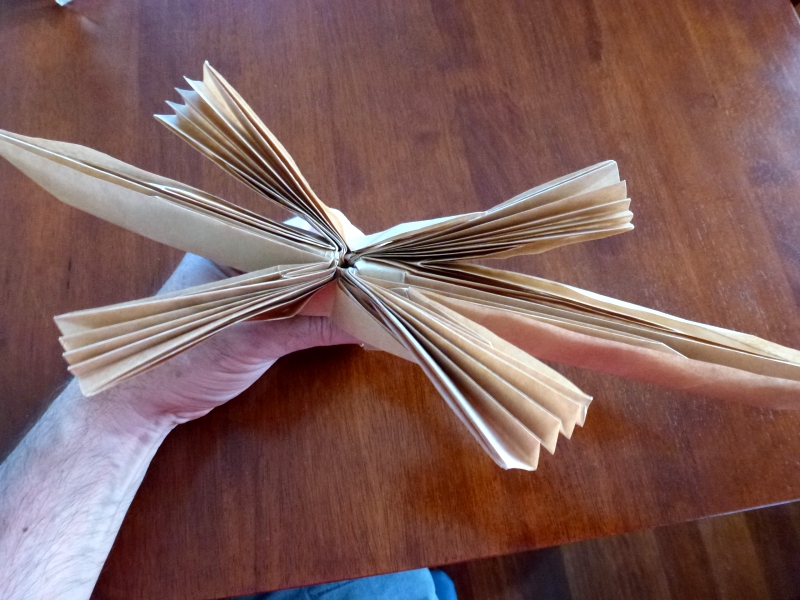 Follow that up with some shaping and modelling and you have this: 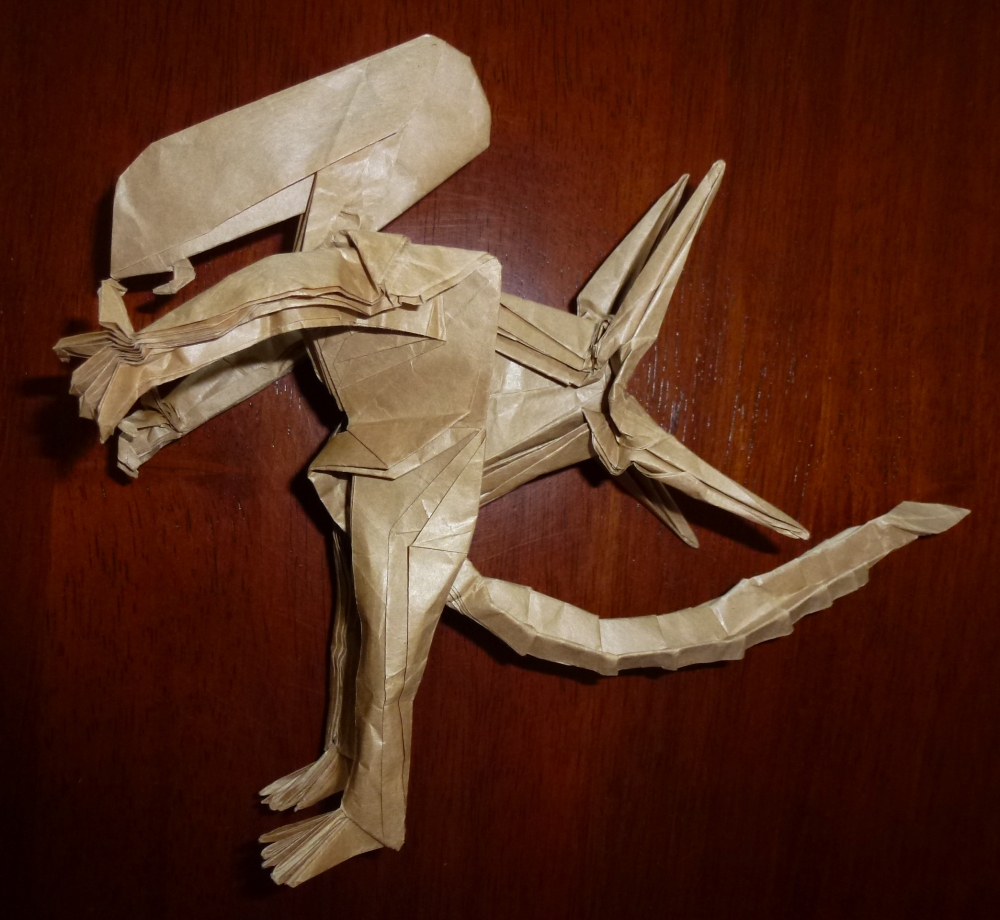 A critter only a mother could love – a Xenomorph that is fairly faithful to the HR Geiger original – Alien, designed by Kade Chan and wrangled to it’s final shape by me. 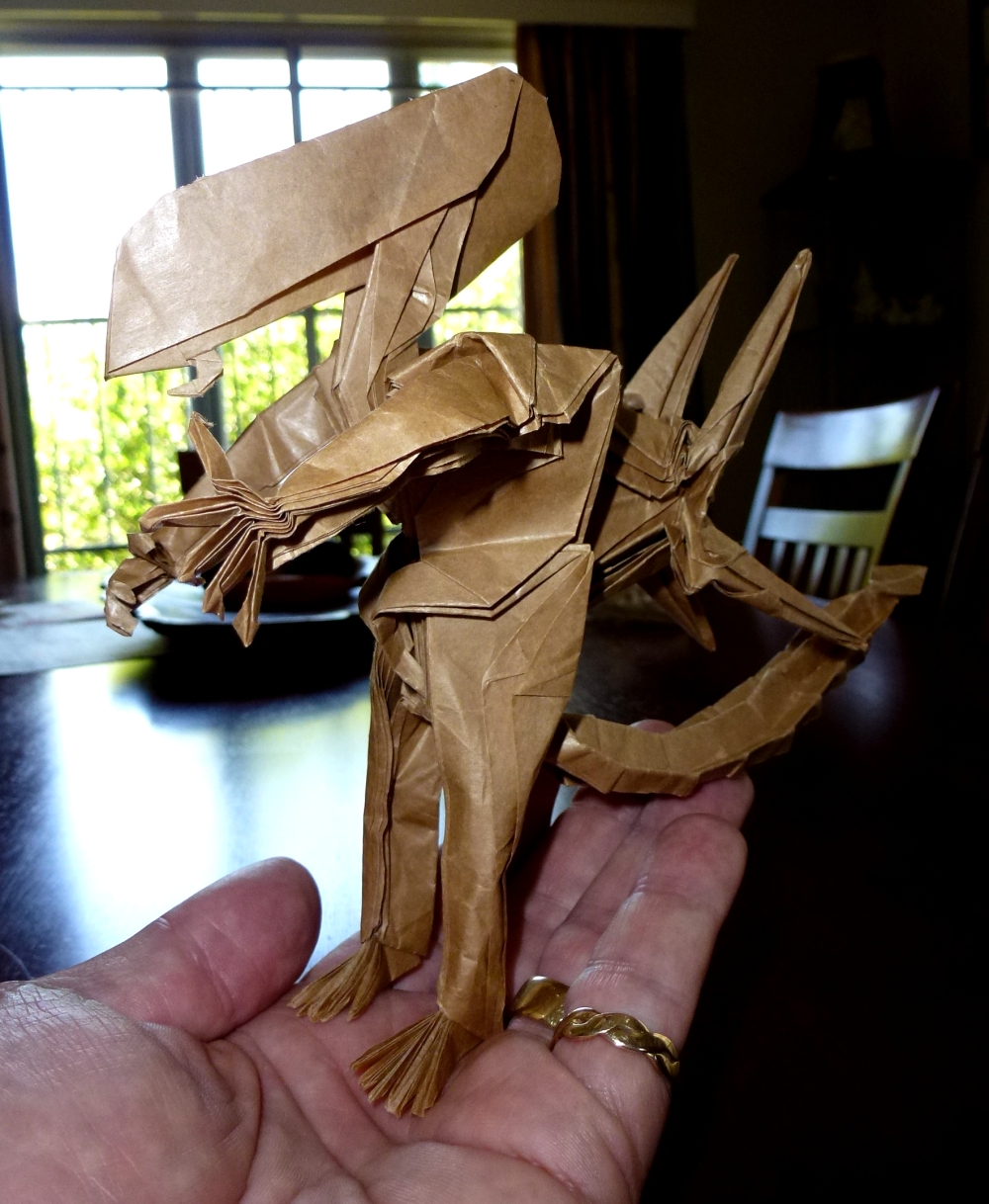 I have yet to apply MC to stabilise and pose this chap, but already I like him a lot – the paper is so very thick in many places (my prototype fold actually disintegrated in my hands as I was folding it – litho paper fell apart at important creases) – I had to get creative with the shaping as, although the video instructions are great at getting the base, the modelling and shaping is not covered well at all.

As a weekly treat, I am starting a WTF competition (What’s That Fold?) that can net the successful guesser the model if they want it.

If the model is to be posted, I just ask your assistance with the postage, that is as complicated as it needs to be. 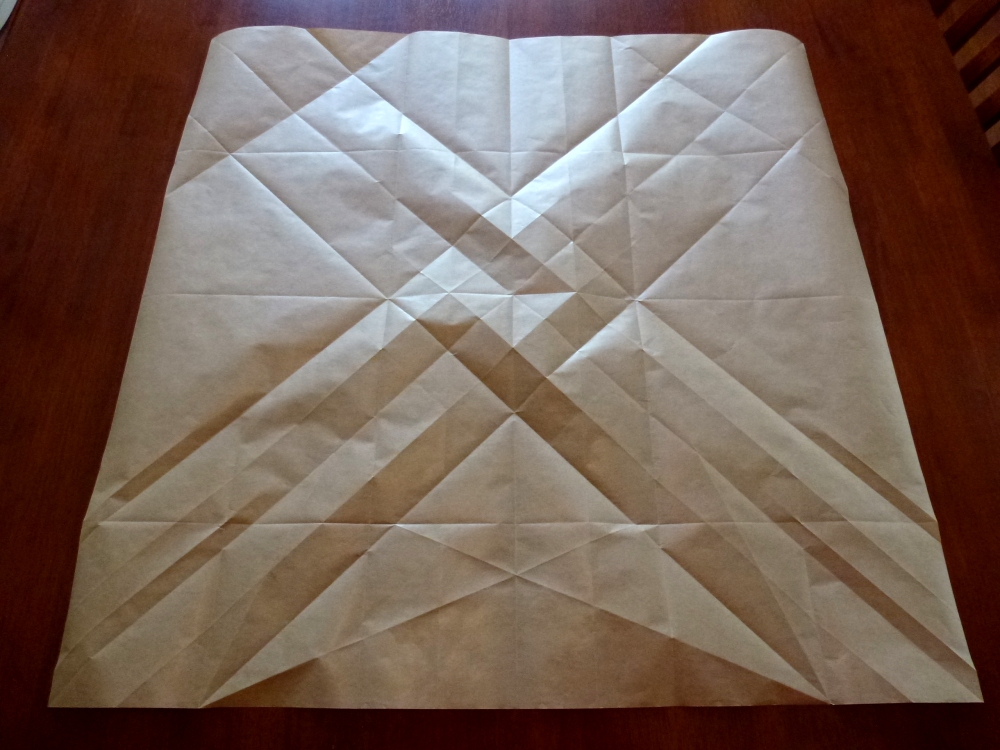