So today I got up at 3.30am to catch a shuttle bus to the other side of the city at 4.30am so I could register for the charity walk I had agreed to accompany my daughter on: 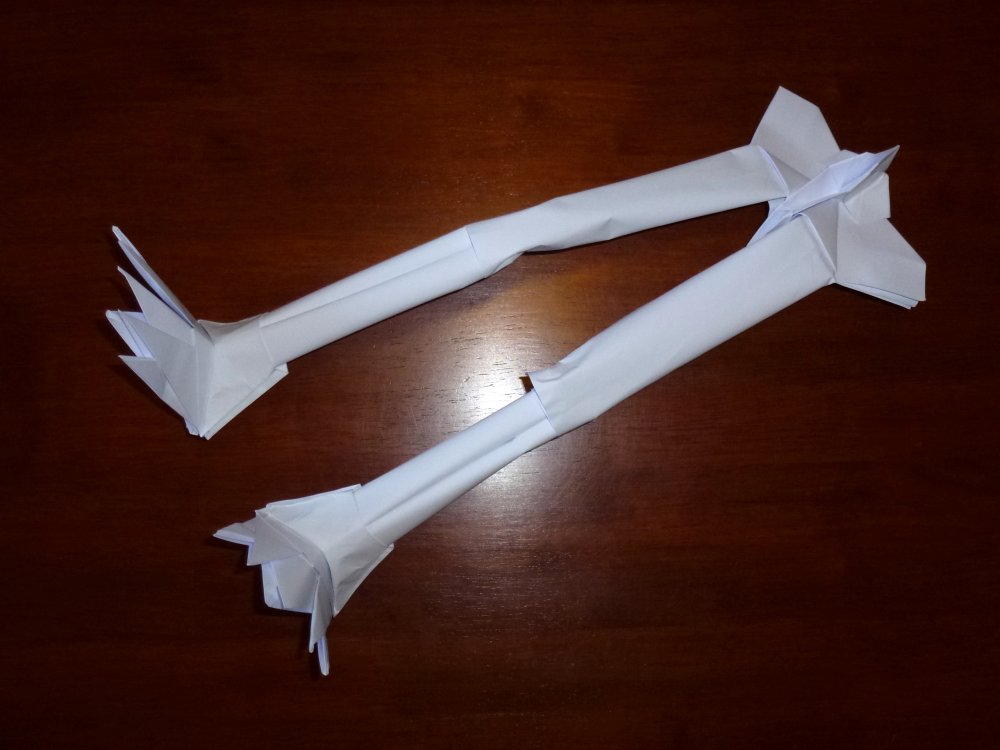 35kms later, we made it to the finish line and most of my bits currently hate me. I need new legs – sadly Boney M’s legs are a little small but his look a lot more stable than mine are at the moment. END_OF_DOCUMENT_TOKEN_TO_BE_REPLACED

When I was a kid, an old black and white telly series from Japan called “Samurai” captured my attention – corny stories of good guys in white versus ninjas in black: 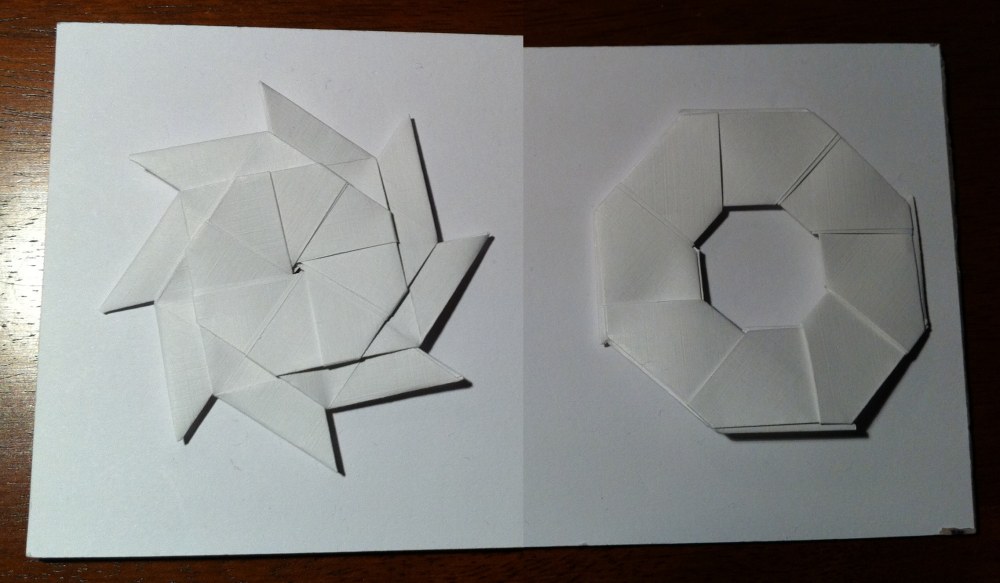 They threw star knives as one of their many skills (jumping, film reverse, back up into corners roof corners was another). A year 6 student brought me a ninja star he had made for him (mum or dad folded it) after I inquired if he could teach me. 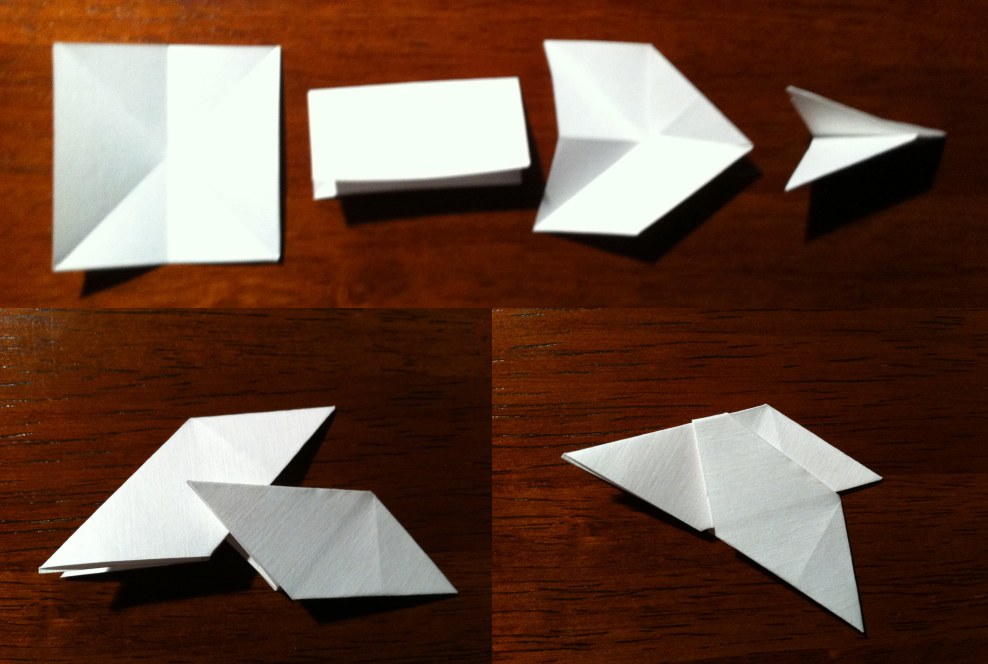 After a small amount of deconstruction, the elegantly simple construction was evident – strength and simplicity in what looks like an intricate machine. I liked it so much I made a coloured one, using some lovely little washi squares Mary bought for me (love your work Cass’) 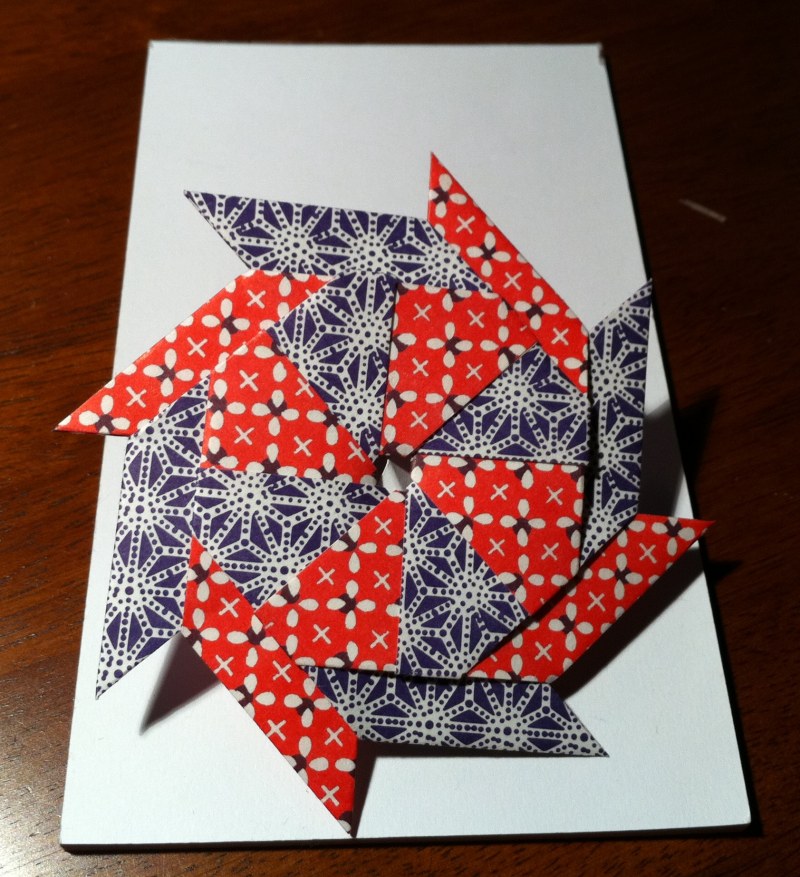 Happy with this, particularly as the star moves upon itself and the “blades” retract into a lovely octagonal ring – very clever

Now I have nothing but respect for rowers (and their poor exhausted parents) and this weekend is the annual “Head of the River” regatta, battling for a shiny thing, so I thought I would do a rower. Our rowers (like many Brisbane-based rowing clubs) have had a really broken season – their shed was destroyed by the floods, they were banned from the river because of water contamination. They did all sorts of non rowing exercises to keep in shape for when they were able to get back on the water, albeit in another school’s shed (many thanks go to Lourdes Hill here). Win or lose, they have already overcome enormous obstacles to even make it to the race. 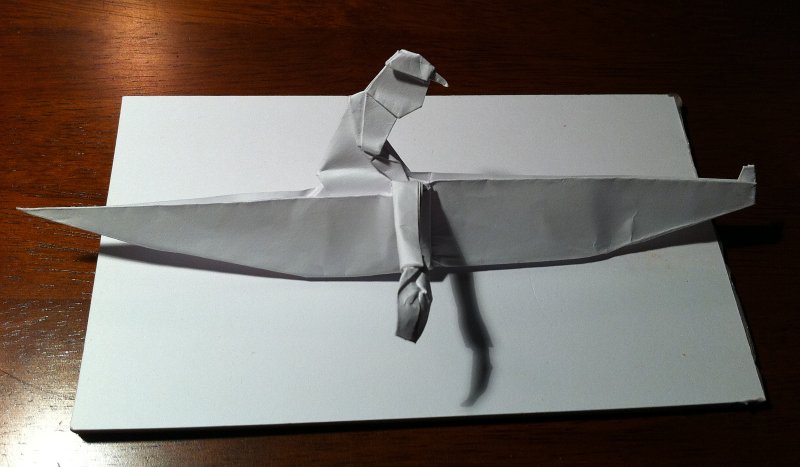 In first-fold tradition I initially worked on a model by Neil Elias called “Hiawatha in a canoe” but modified the boat, the indian (gave him a cap instead of a feather and made him look like a schoolboy) and the oar. Quite happy with a “single scull”, I realised that he only has ONE oar, and that would result in him going around in circles I began bending and torturing it further.

It occurred to me that a modular (multi-part linked together model) might be possible based on this figure, as there was some symmetry and I could determine which side the oar was formed, so set about making eight. Because each was folded separately, they all have slightly different postures, I like that. On the back end, I sort of bent a “cox” but there was not much paper so he is a little wee fellow (which coxes are apparently). 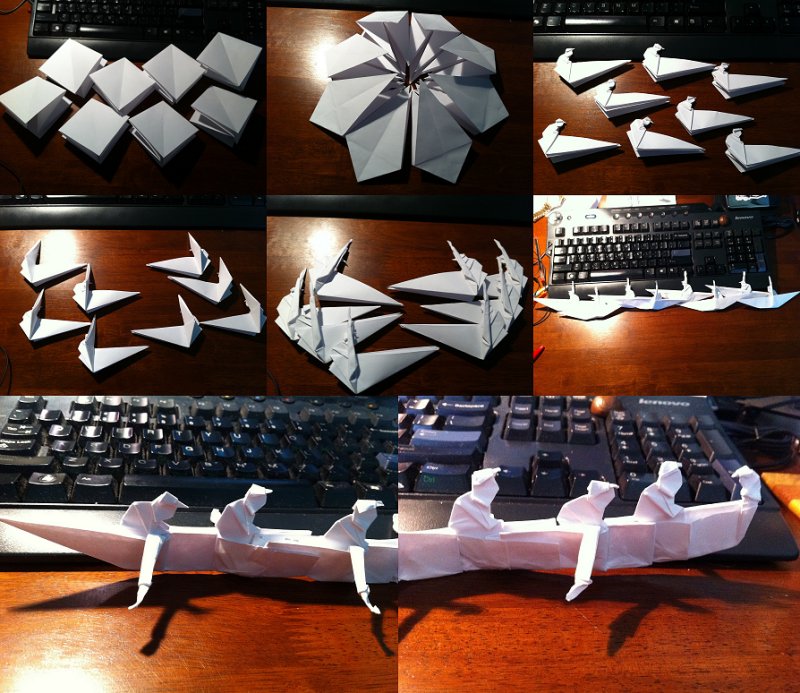 I tried to work out a way of joining them into one shell – really I did. I have to admit to cheating (a little) – I used some staples to keep the model together, it is as long as my keyboard and totally unstable without being fixed, so I hope my faithful following (lol) will forgive this transgression because it is so oaresome.