Luds is taking some leave, we all wish him well. I was approached to see if I could come up with some bent paper as an ooroo gift – this is what I ended up with: 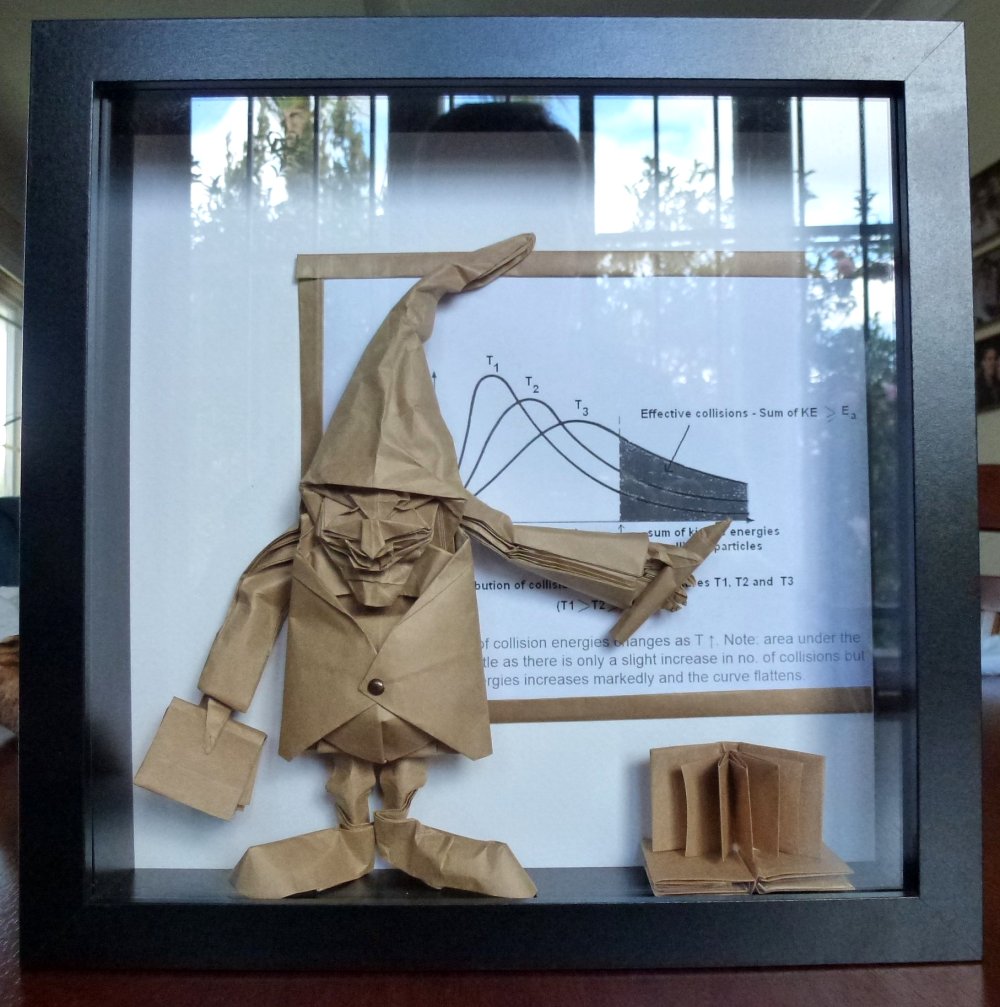 In this shadowbox, we see our favourite “bad santa” clutching a Chemistry book, in front of his beloved Electronic White Board, pen in hand.

This little chap, a Joisel-inspired Dwarf took a while to emerge from the page, but I am happy with this little diorama and I hope it beings a smile to Lud’s face – take care mate.

Doodling with a single uncut A3 sheet, I managed to fold something approaching both masks of the Drama “Comedy and Tragedy” thing 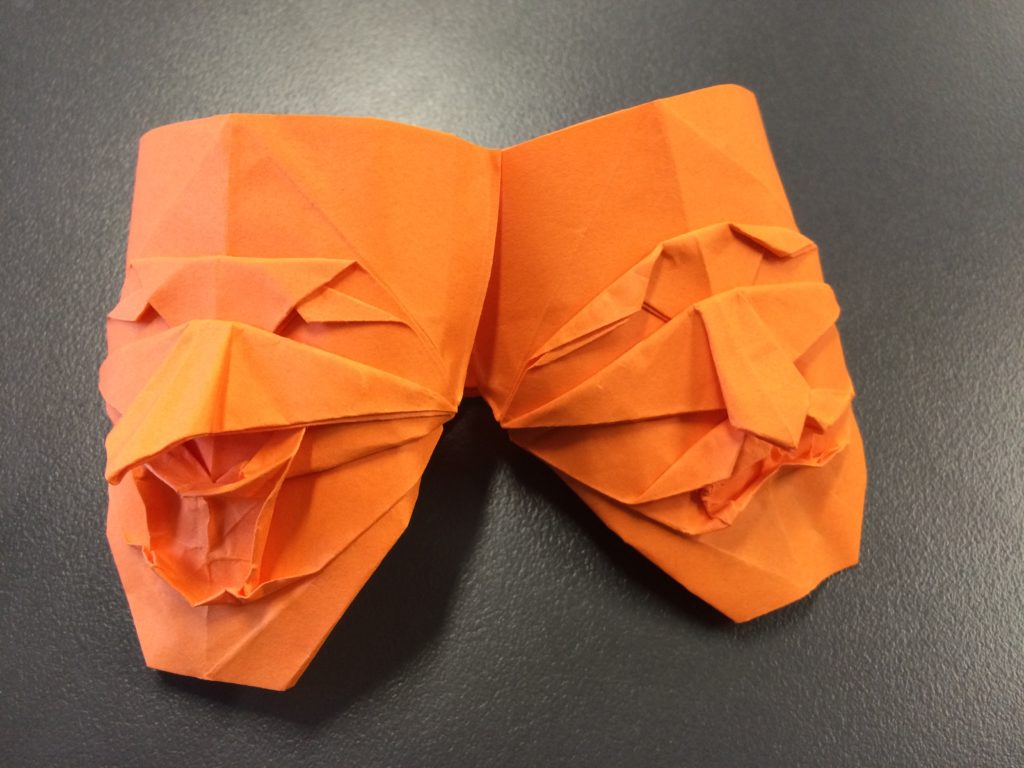 Using a Joisel-like face thing twice, I think this model has potential as it uses one piece of paper to realise the whole enchilada. END_OF_DOCUMENT_TOKEN_TO_BE_REPLACED

Ladies and Gentleffolk, can I introduce to you Master Bartok Yew, “Snapper” to his closest acquaintances 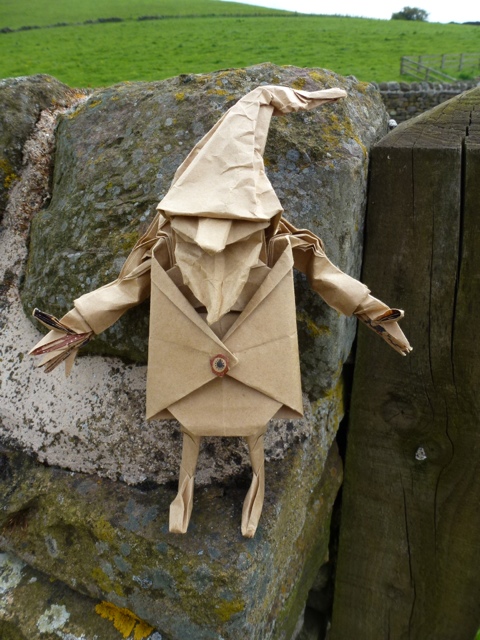 “Snapper” is one of the first ever tourist gnomes, traveling far and wide. His memory is probably the third worst ever recorded and so always travels with his camera (hence the nickname which describes his habits of continually happy-snapping 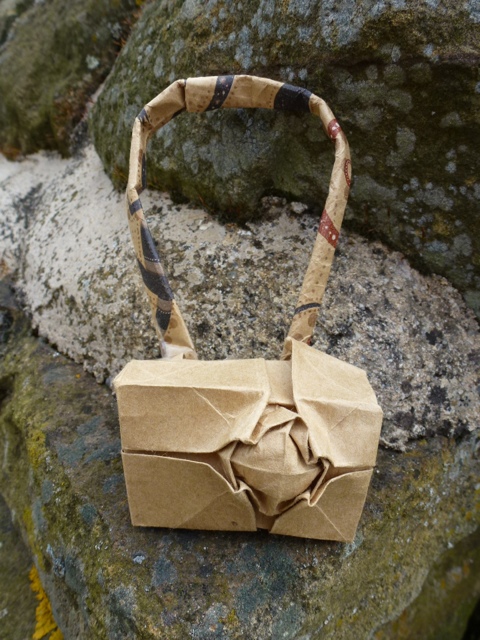 Young Bartok was folded in Yorkshire, from a square of wrapping paper left over from … Well … Wrapping. He was achieved with no glue or other aid, but I did add a button to keep his jacket closed tidily (dress sense he picked up from Pierre, a distant relative).

The camera is an invention and, given more time and paper would be much more stable. Together he looks like a real tourist 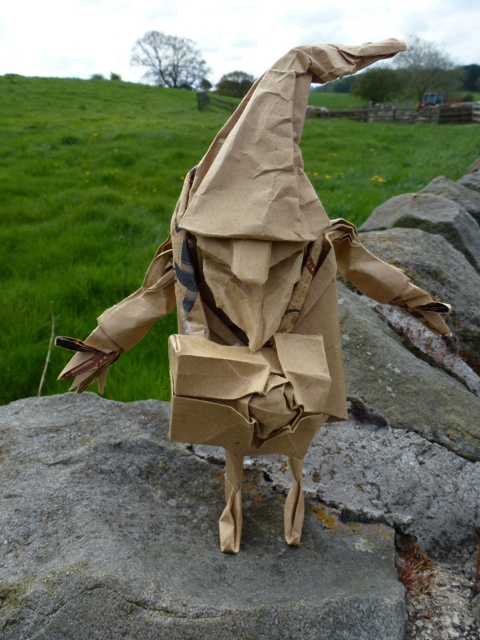 …and I should know what a tourist looks like, I have been spending 6 weeks being one.

Bartok was last seen mooching around in Boroughbridge, Yorkshire, probably sponging off some unsuspecting family for board and lodging. We hope his well and does not run out o ffilm any time soon.