Apparently Pandas are endangered – seems they have lost their mojo (or are perhaps shy and do not like being observed so closely by people): 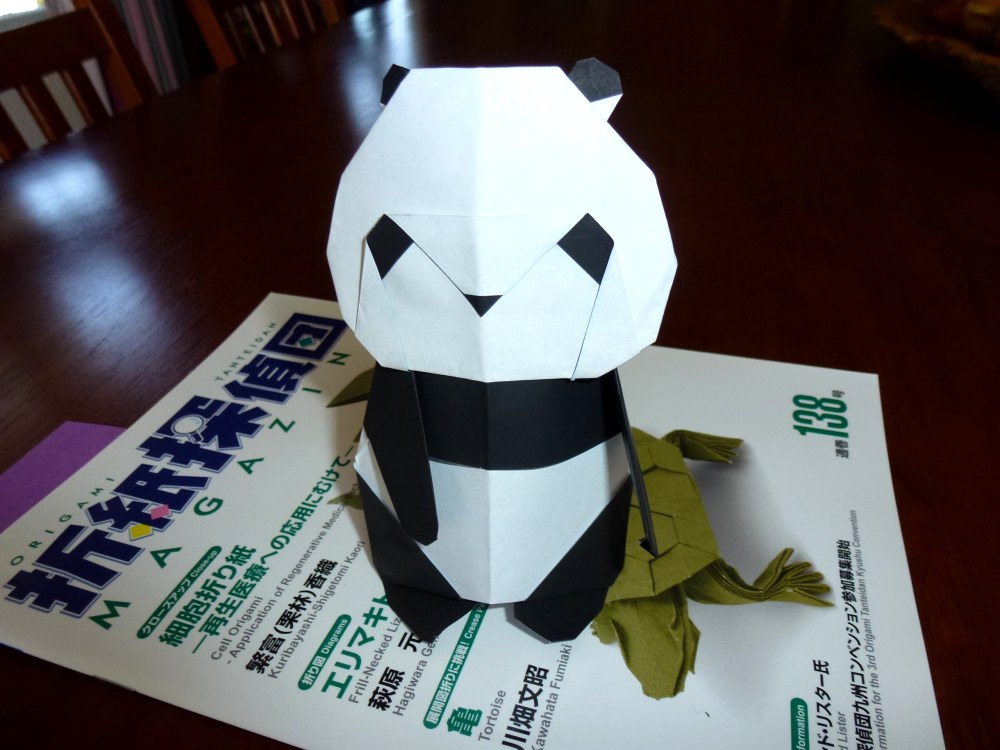 This is Makoto Yamaguchi’s Giant Panda – a lovely 2 part model made for bi-colour origami paper, folded from one of my Tanteidan Magazines. In deciding whether I would attempt another 365, I began looking through my stack of JOAS and BOS magazines and found dozens of un-attempted models – that sort of greenlighted the project to an extent.

This lovely panda looks cuddly and in need of some bamboo, but lonely. I think I will have to fold another to keep it company. 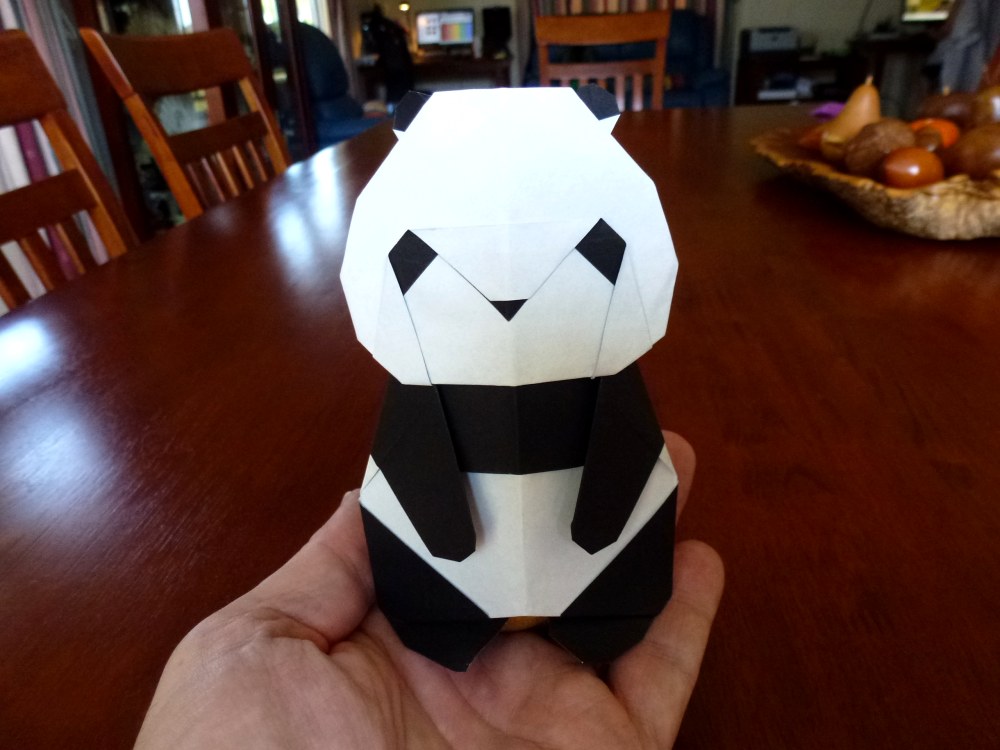 There is much to like about this model, the management of front/back of the sheet is well considered and I was convinced the sheet for the body (the same size as the head) would be too small but ended up being just right.