Now I know I am a few posts behind my fold a day schedule, and will eventually catch up, but thought I would start with this fold: 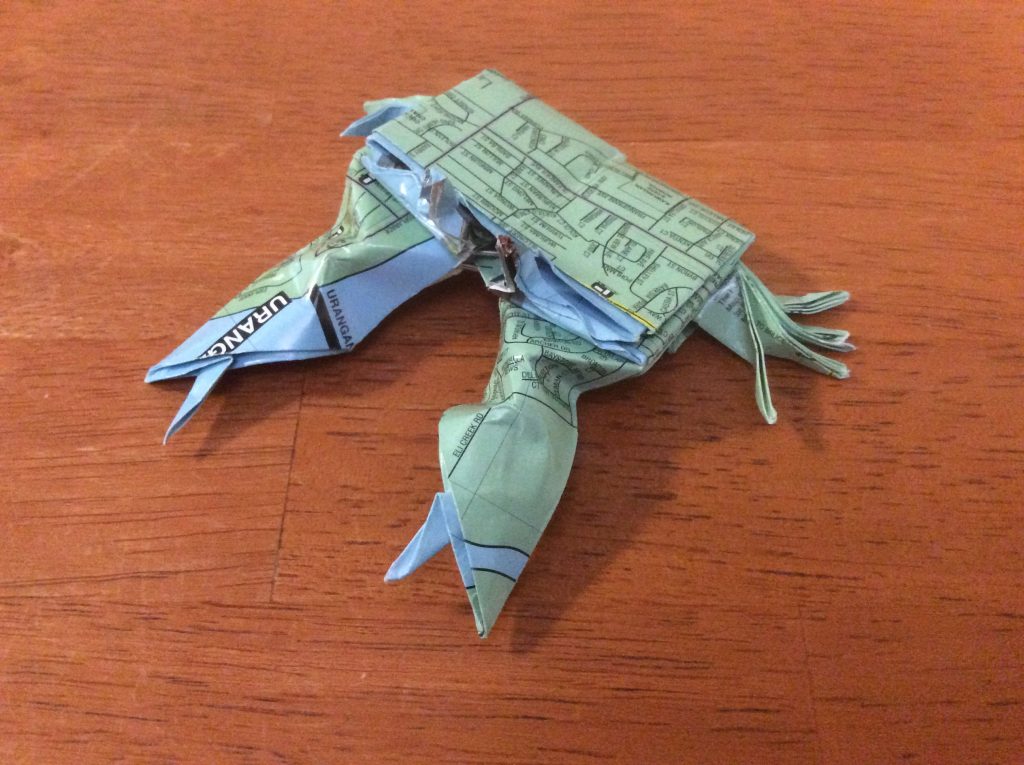 Designed by Phạm Hoàng Tuấn, this charming little crab was presented on my Fakebook feed as a photodiagram sequence. 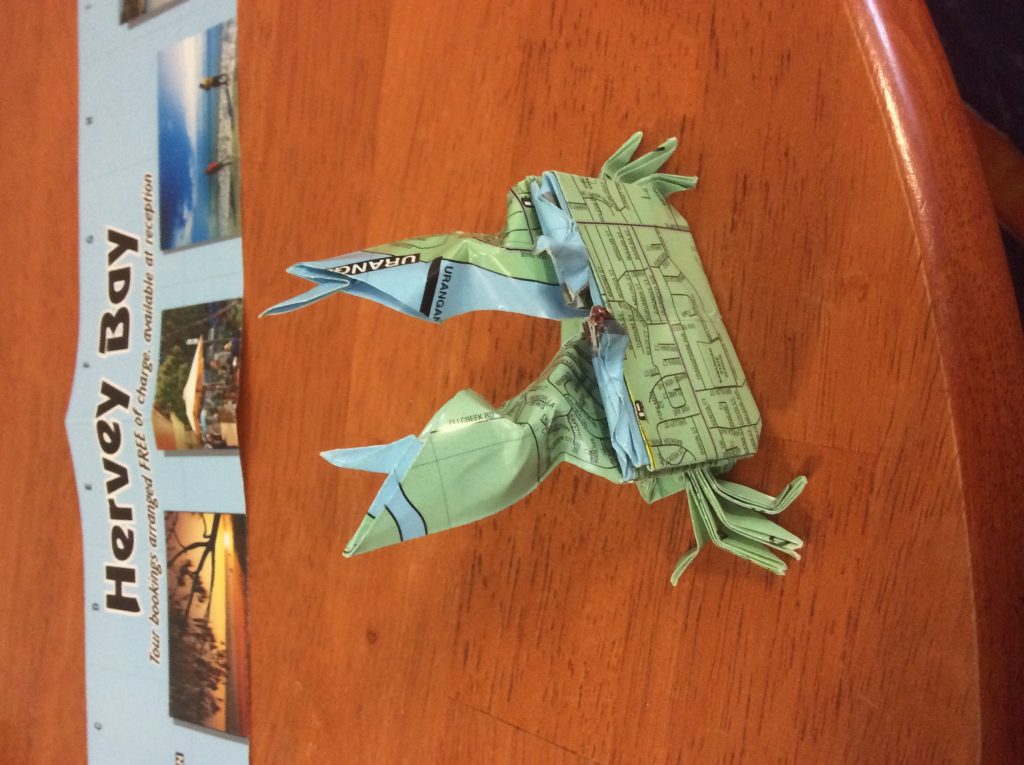 I initially tried and failed to fold it with a half a sheet of origami paper I was travelling with, but it was too small for my nerve ravaged hands to fold at the moment, so I decided to scale up. 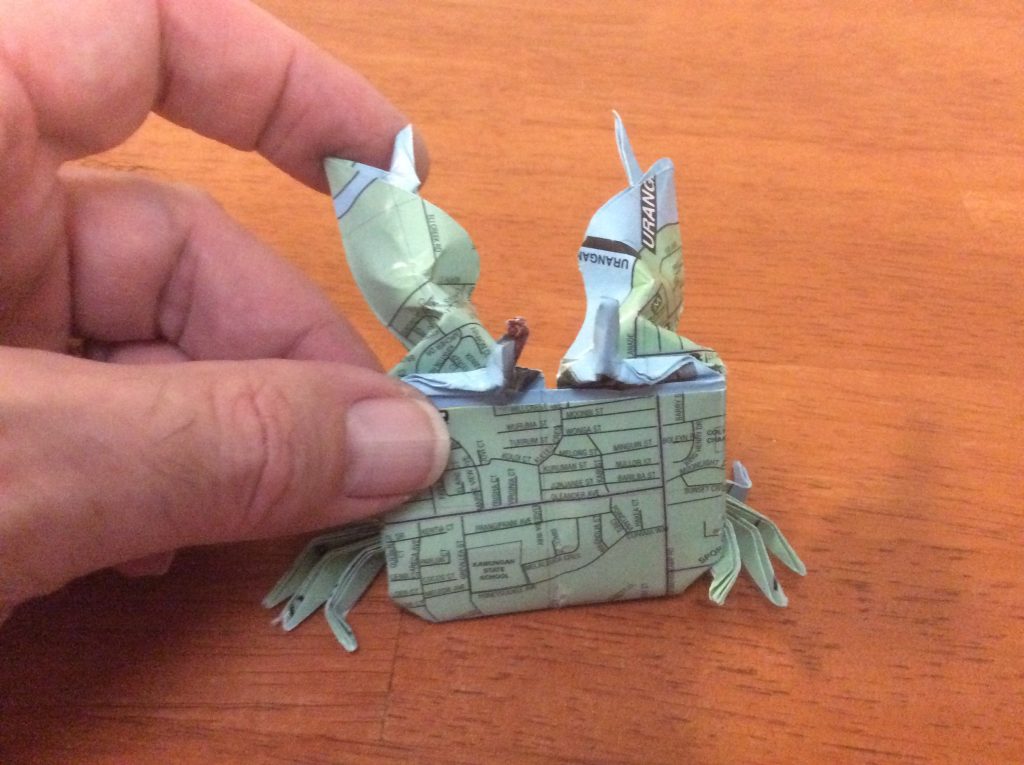 I had a map of Hervey Bay and surrounds, given to us by the owners of our accomodation, so cut a 2×1 rectangle and folded it from that. This fold would be brilliant as a money fold also.