As is customary on the first day of a new month, we say “white rabbits!”: 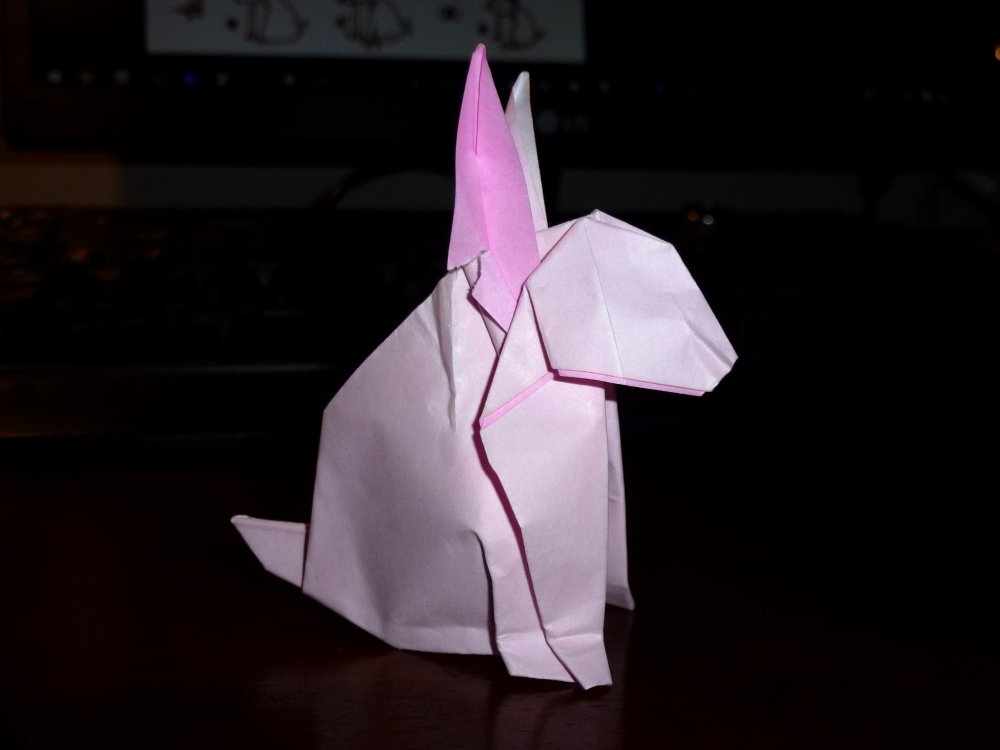 This is an old design, and I am not sure i have the shaping quite right yet. Akira Yoshizawa is credited as founding modern Origami and this is one of his designs. END_OF_DOCUMENT_TOKEN_TO_BE_REPLACED

Winter is for hearty food, stews and seasonal root veg: 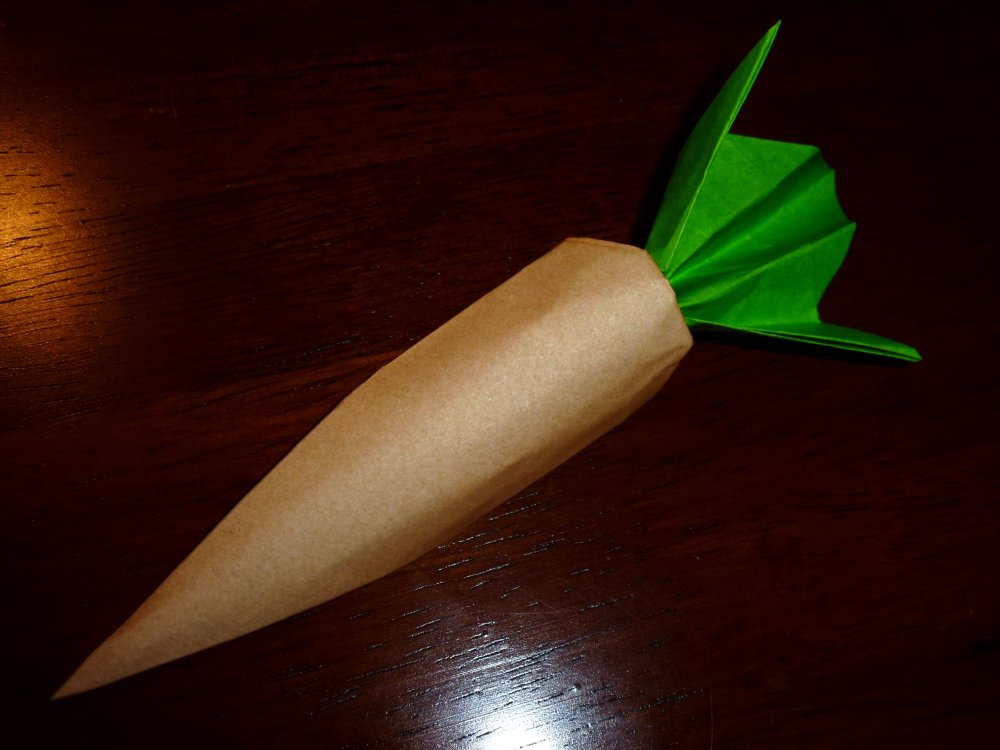 With such open food importing and trade however we see every vegetable and fruit available all year round. Peru grows my Asparagus, Venezuela exports my Fennel and China supplies my Carrots at the moment. END_OF_DOCUMENT_TOKEN_TO_BE_REPLACED

My lovely daughter walked for charity last year and I was so proud of her (secretly regretting not doing it with her). This year, the same walk is on offer at, thankfully, at a much cooler time of year so we are both walking “The Bloody Long Walk” in early August: 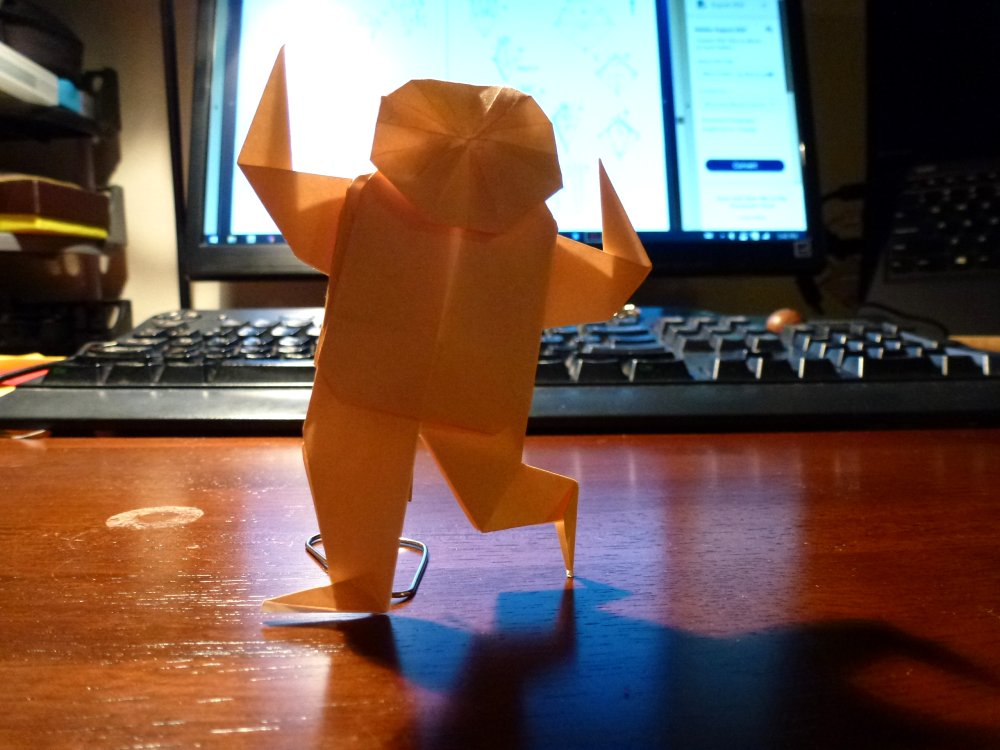 Today, as part of our prep we did a fairly bloody long walk, from Brighton to Redcliffe and back again to see how far it is (apparently about 26km according to Google).

I returned to an Origami master – Akira Yoshizawa – his little person, made from the frog base is genius – spirit of the subject, glorious simplicity and I managed to fold it in my state after today’s test walk. END_OF_DOCUMENT_TOKEN_TO_BE_REPLACED 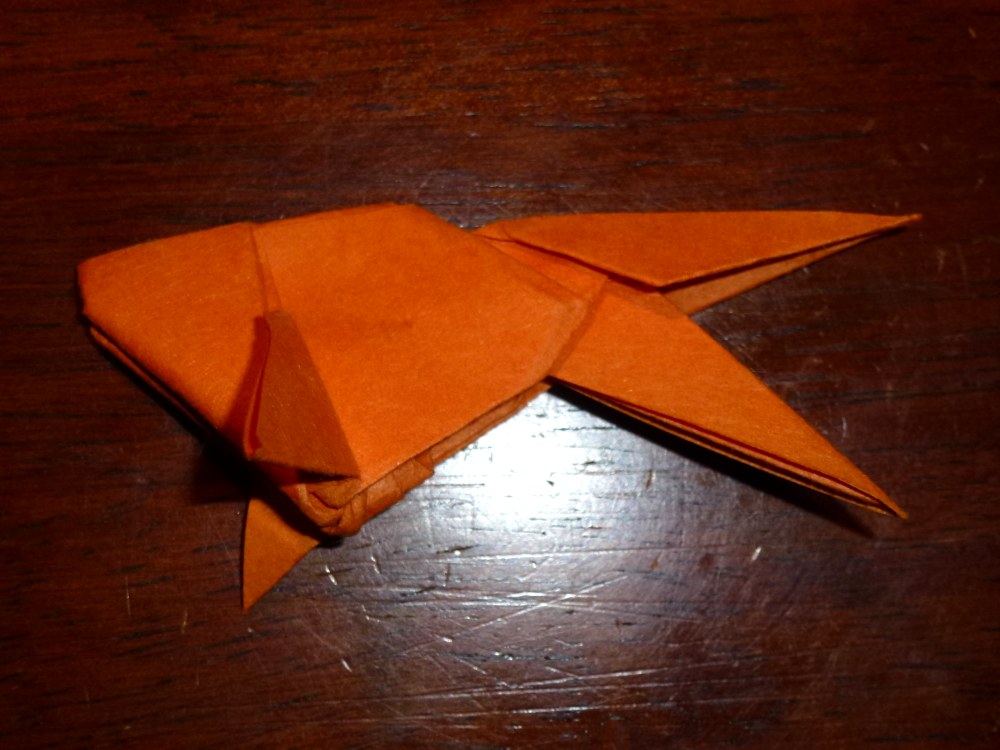 One of my wife’s favourite movies is a comedy called “Rat Race”, the title of today’s model is one of the “morals” of that cautionary tale: 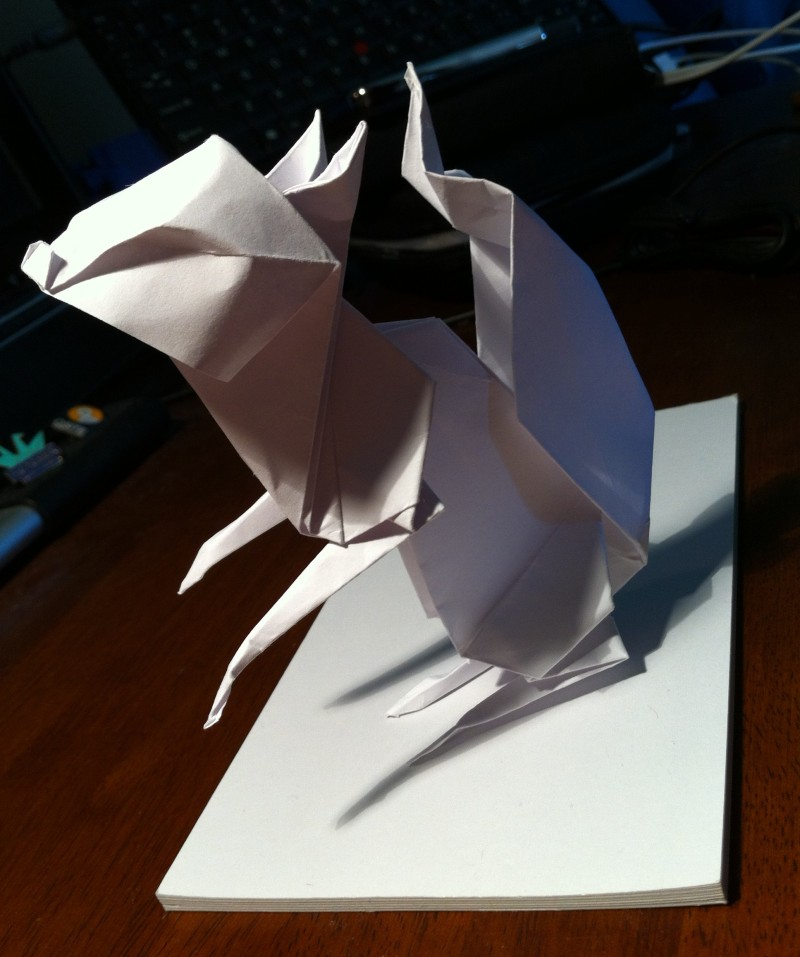 Akira Yoshizawa is credited as being the father of artistic origami – he also invented the diagramming language we all follow now.

This is his squirrel – a lovely 2-part model that uses relatively few folds to reveal the squirrel-nicity of paper beautifully. 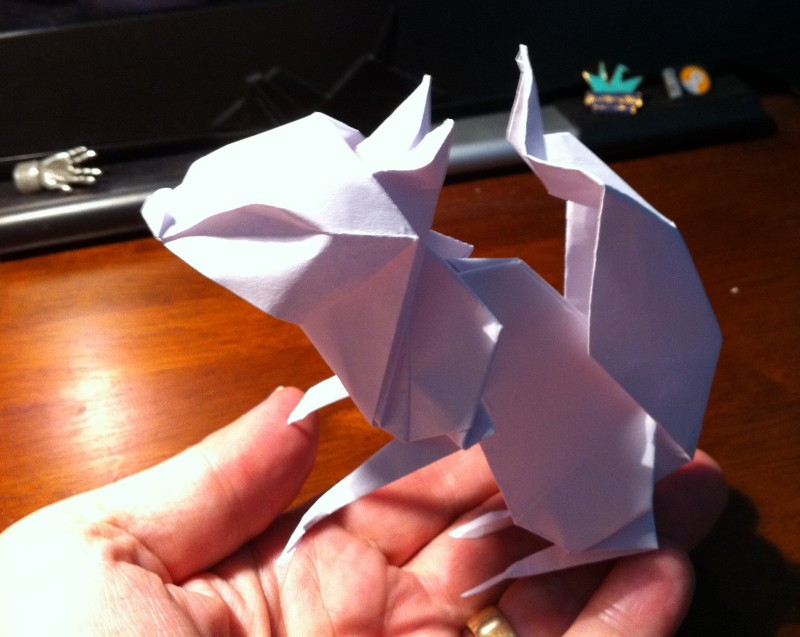 There is much to like about this model – lovely face and ears, nice posture and a bushy tail. I also like that most of the folds used judgement rather than landmarks – that way a little of the character of the folder is intrinsically captured in the model making no 2 folds identical.

An ingenious system of locking the 2 parts together is employed – the rear half has pokey-outey parts that are re-folded into the shoulder folds of the front half – nice work Yoshizawa Sensei.

Exploring the wealth of designs Akira Yoshizawa left us with, I sumbled across this delightful snail: 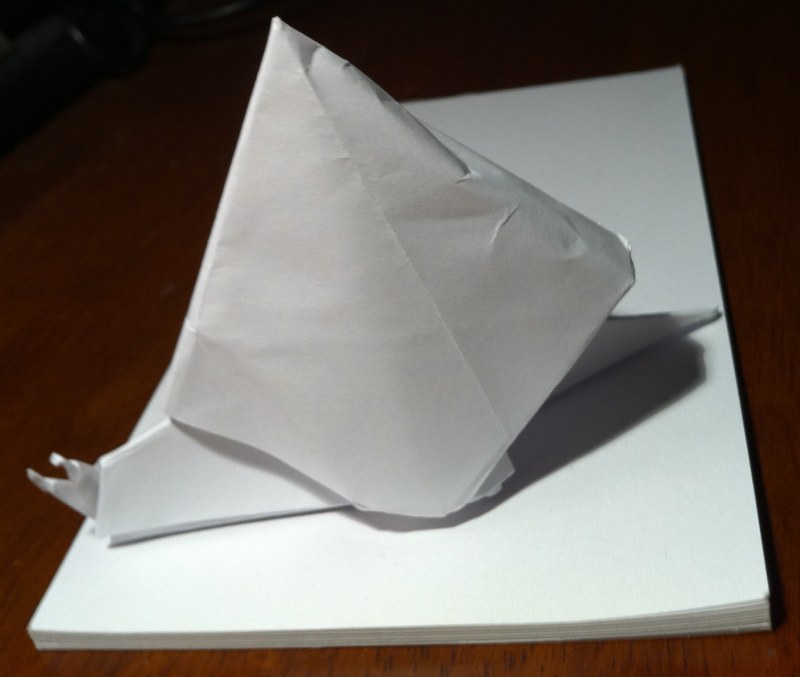 Simple yet the very essence of the critter – much modelling potential also, as the shell could be coiled, the foot textured etc. 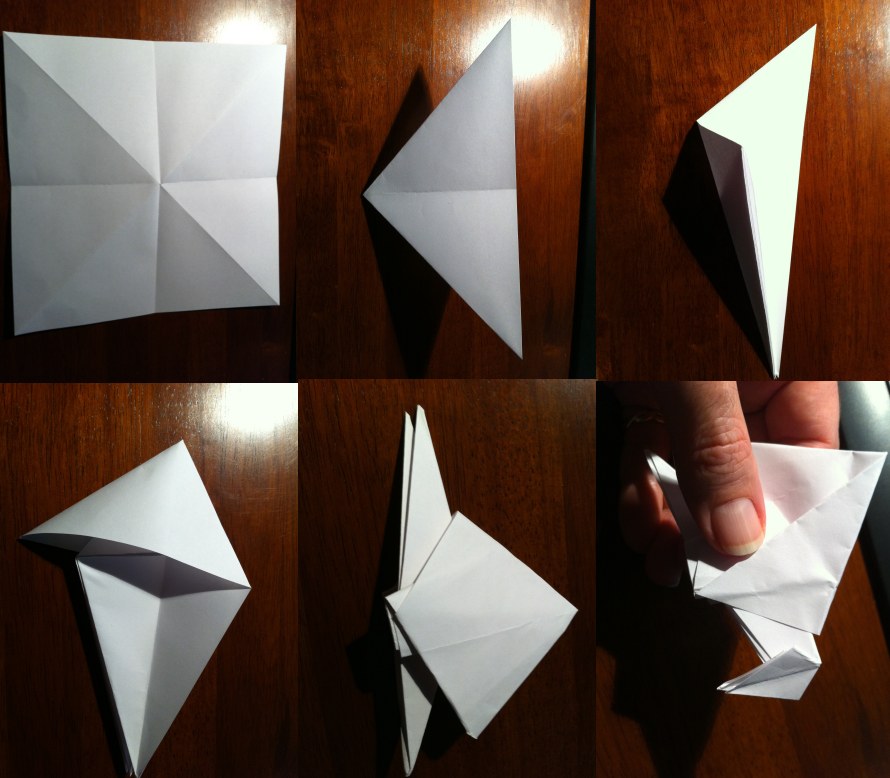 Sometimes simple is necessary – busy day, lots of other folding going on, you get that.

Akira Yoshizawa continues to surprise and delight – his folds are simple, elegant and have much modelling potential: 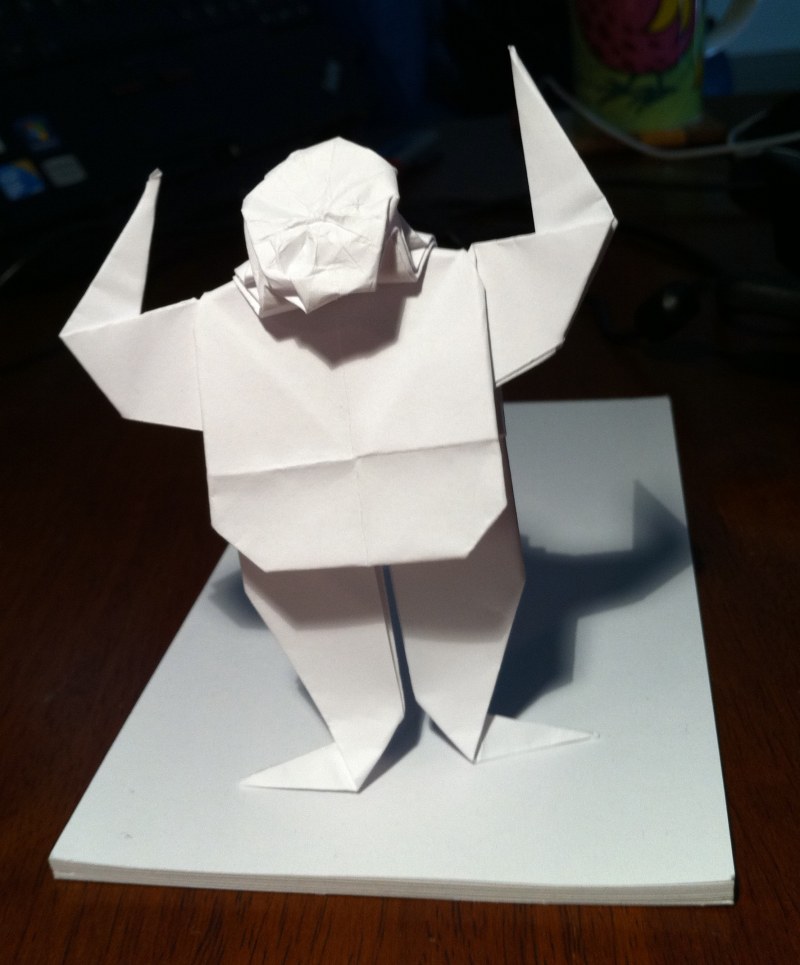 This is one of a series of person studies, and is a novel use of the frog base. 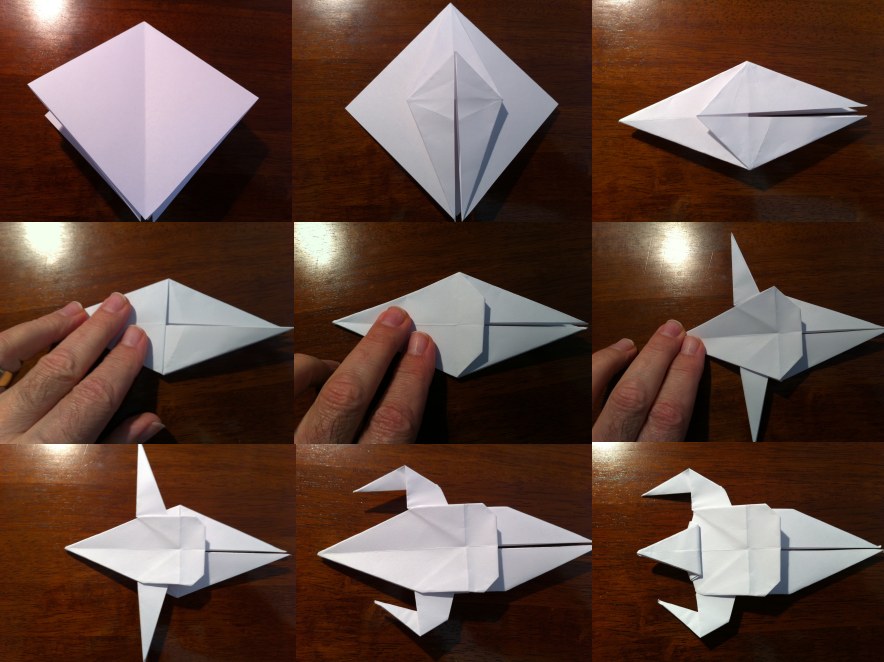 Busy day, lots to do, much being put off, you get that.

I like a figurative compound model, and when it is designed by a master like Akira Yoshizawa then it feels like a privilege to fold it: 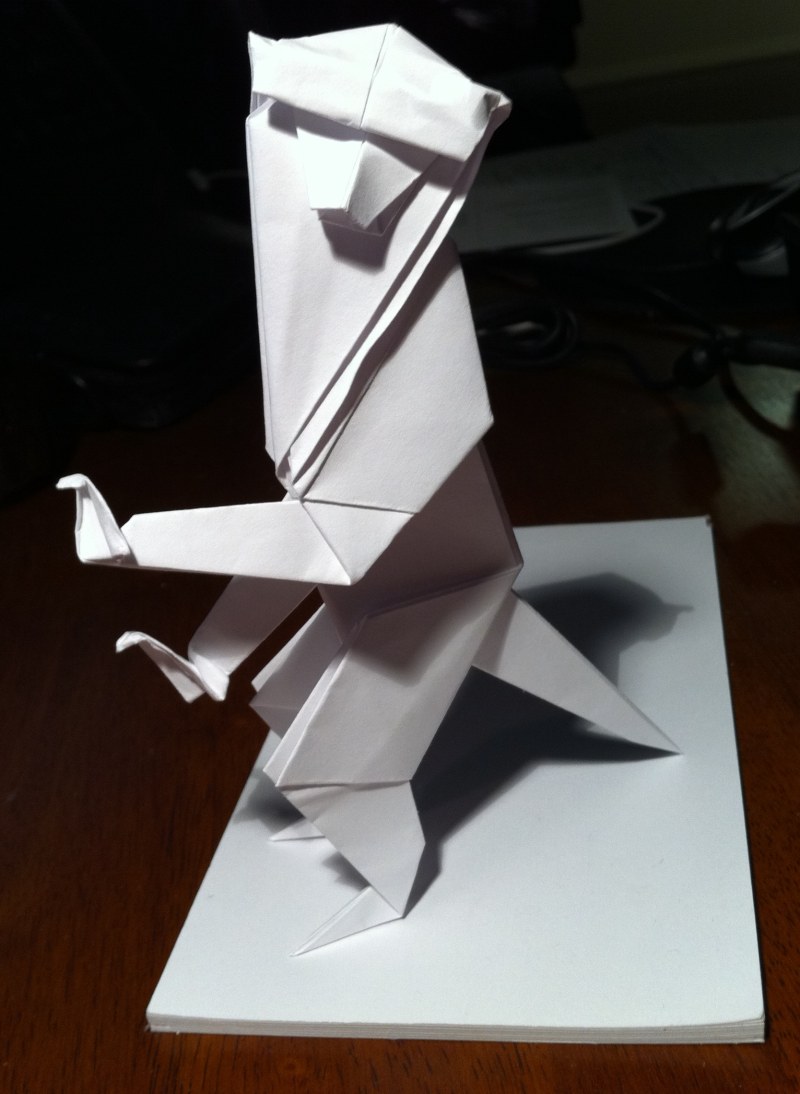 This is one of his monkeys, in two pieces – I love the pose, the simple but expressive face, posture and all – very clever. 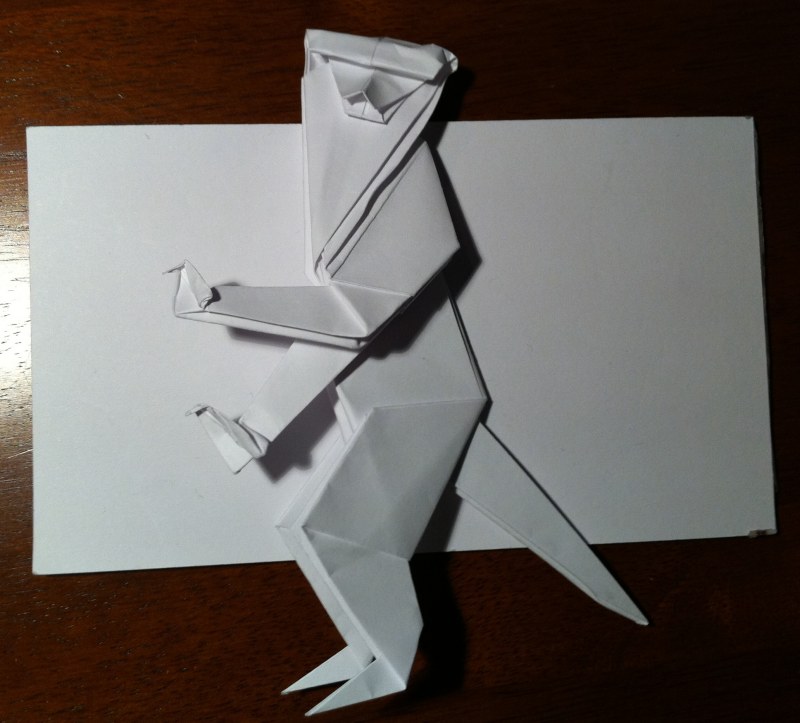 Made with 2 bird bases, then each part diverging in method yet strangely symmetric, coalescing into a top and tail that then slots together.

This is a lot like the more complex “swivel monkey” which I will torture myself with later, for my first fold I am happy with this result. Taken from “Creative Origami”, a masterwork entirely in Japanese, most models have no landmarks, you fold them by eye, making each fold unique and allowing the folder to add their own character – nice.

There is great beauty in simplicity sometimes: 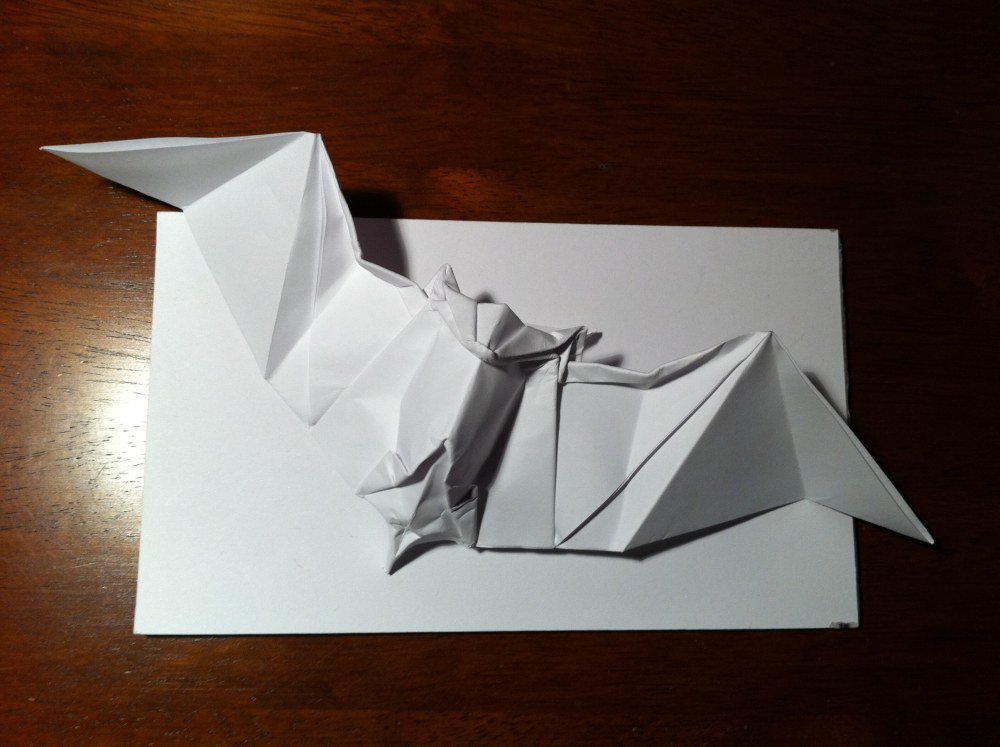 With relatively few folds, few landmarks, you form the suggestion of character as much by what you leave out as what you fold in – I like this model a lot. 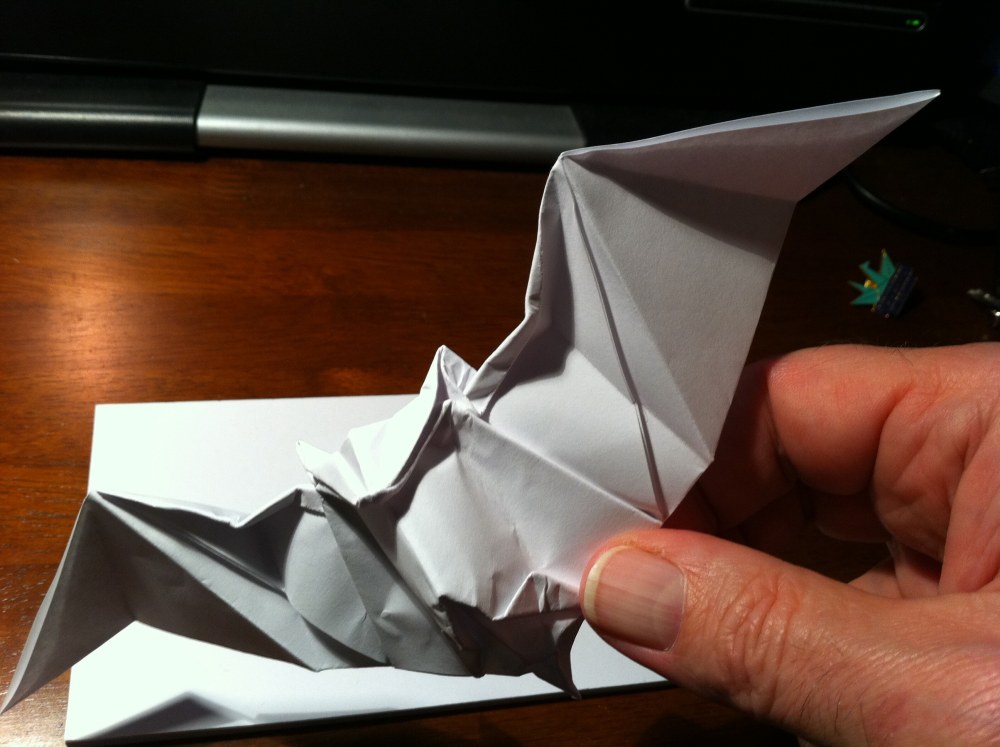 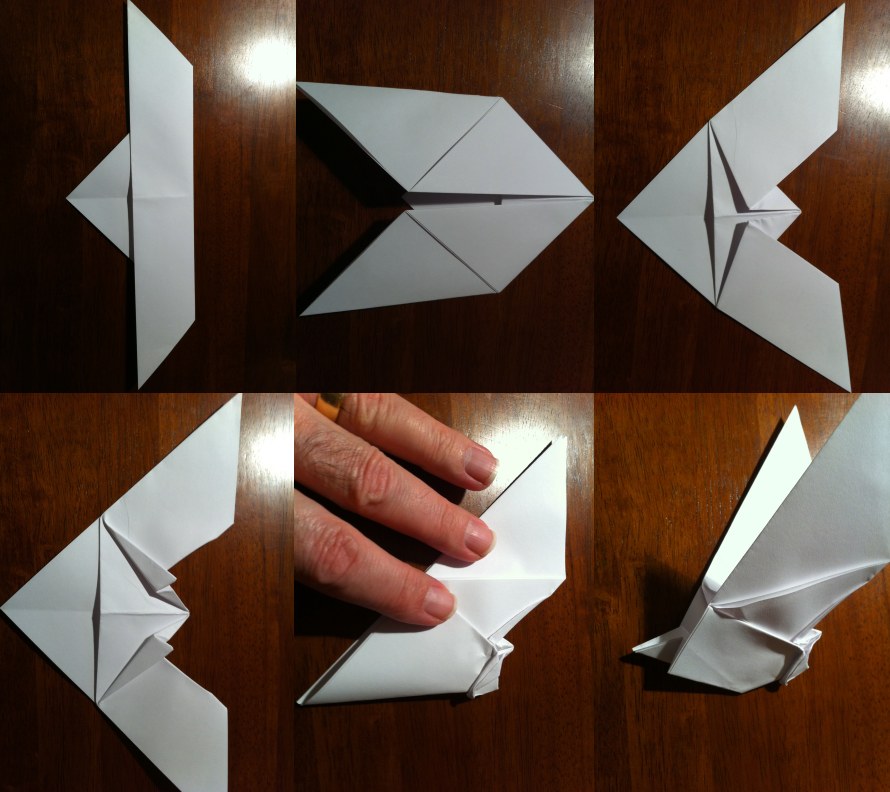 Why a bat – did I mention that MARKING makes me batty? Well it does, beyond measure and I have had a hellish few days racing to meet a deadline meaning that I MUST mark on my holidays (doesn’t seem fair, does it) – never mind. I love deadlines, particularly the sound they make as they whoosh by.

There is great skill in using few folds to suggest the form of a complex creature – few mastered it like Akira Yoshizawa: 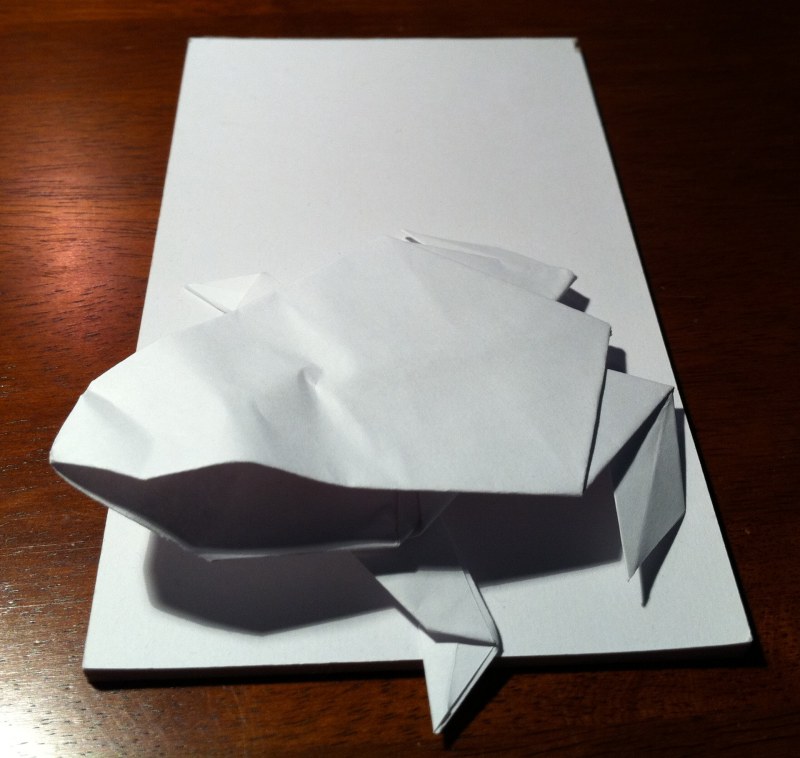 I like this fold – deceptively simple, most folds are made without landmarks (ie. you use judgment and “eye” to work out where to fold) and the resultant form is simple yet charming. 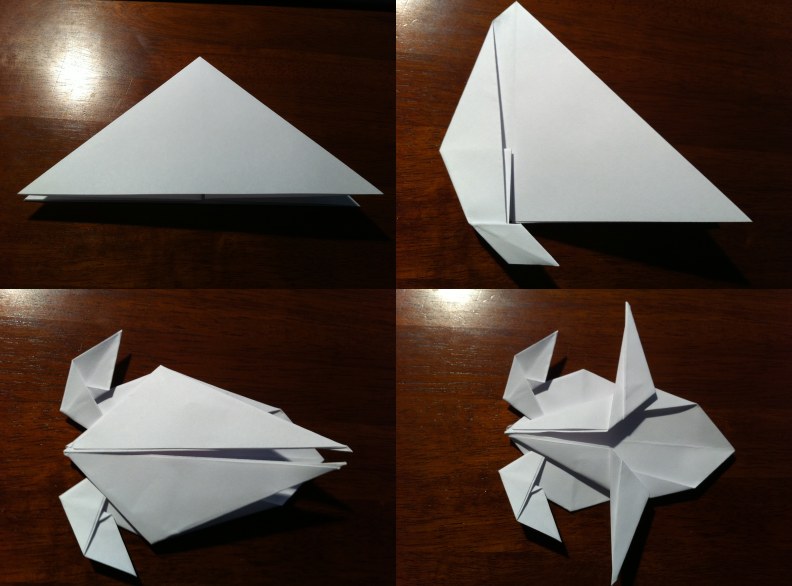 I will fold this again – the body has so much potential but I like the minimalistic form also – it’s not easy being green.

Considered by most to be the “father of modern origami“, Akira Yoshizawa created many artistic models and invented the system of diagramming we now use as standard. He also, it seems had a wonderful sense of humour: 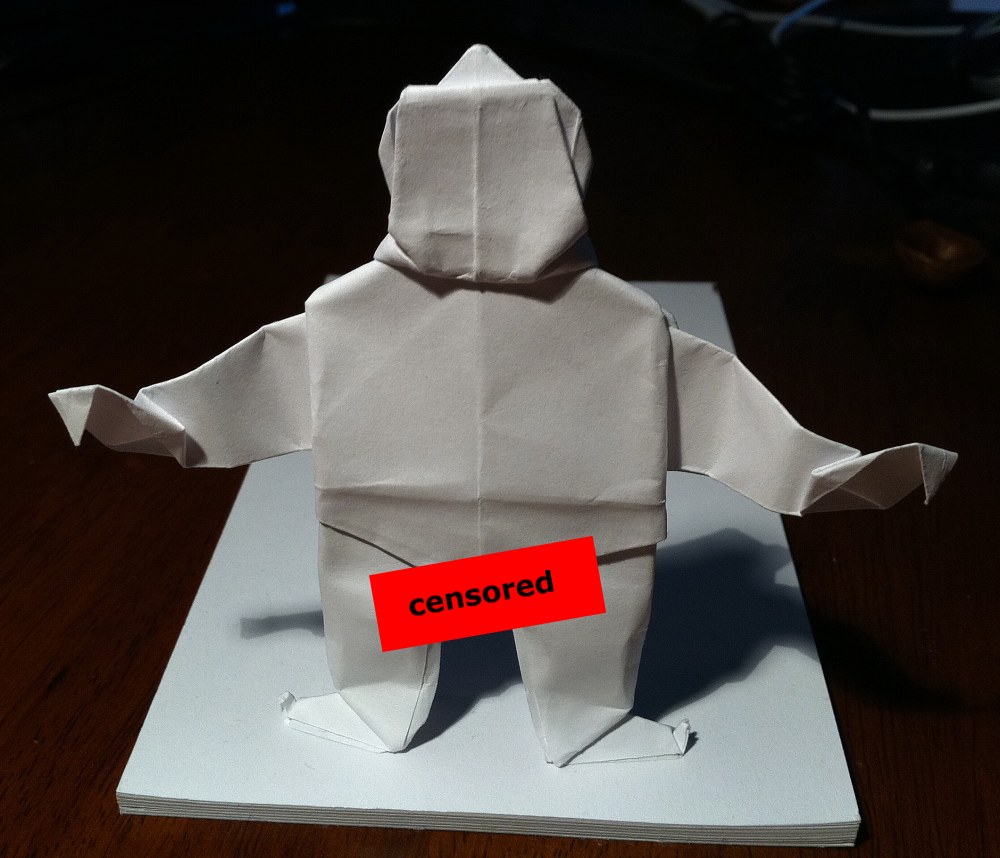 This model is as much a character study as a comment on Japanese society, and I must admit to a giggle when I first found this model nestled near the back of Yoshizawa’s seminal work “Creative Origami”. 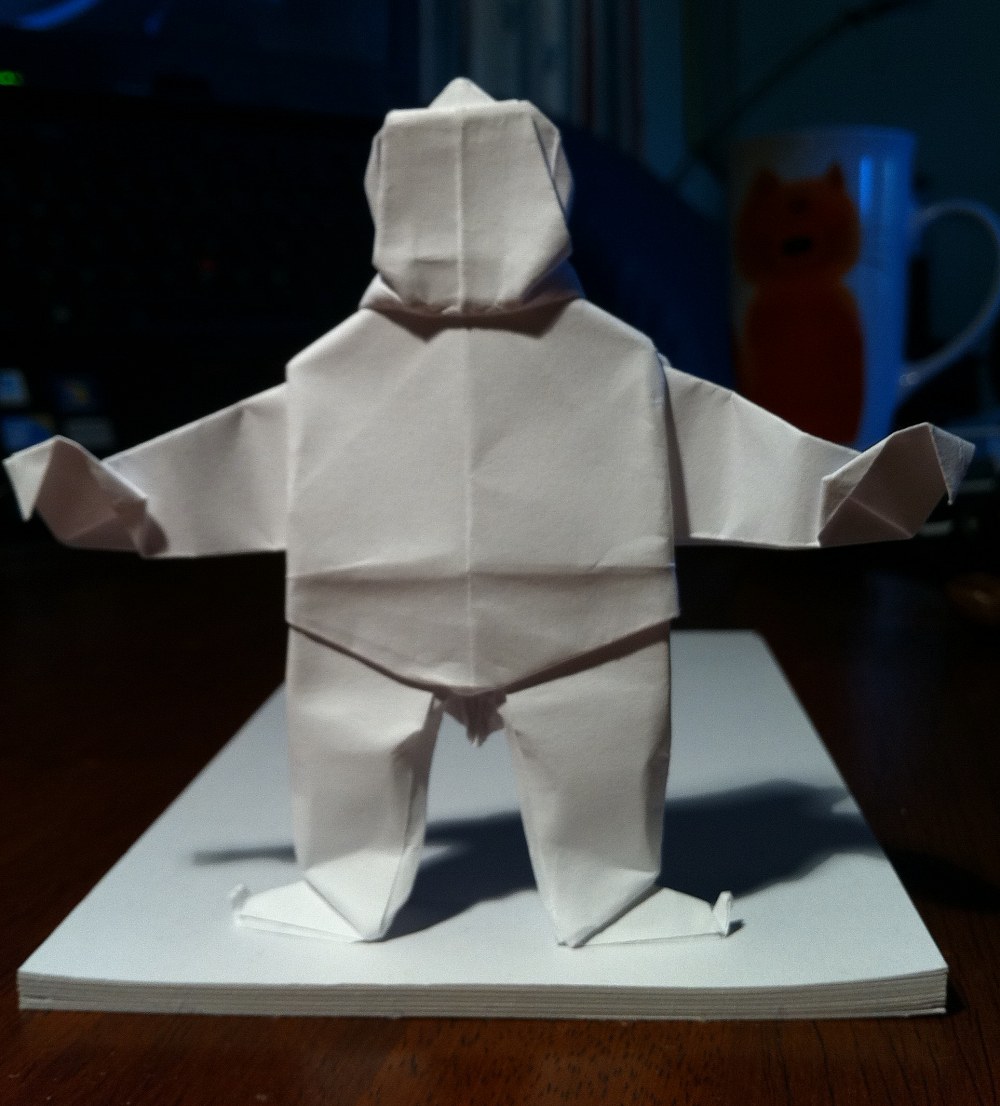 Initially, the model is folded asymmetrically, then as features emerge it is obvious this character is “fully equipped” and ready to rumble (although I was sure sumo usually wore some form of ceremonial “nappy” – for some reason Yoshizawa decided to omit that detail). 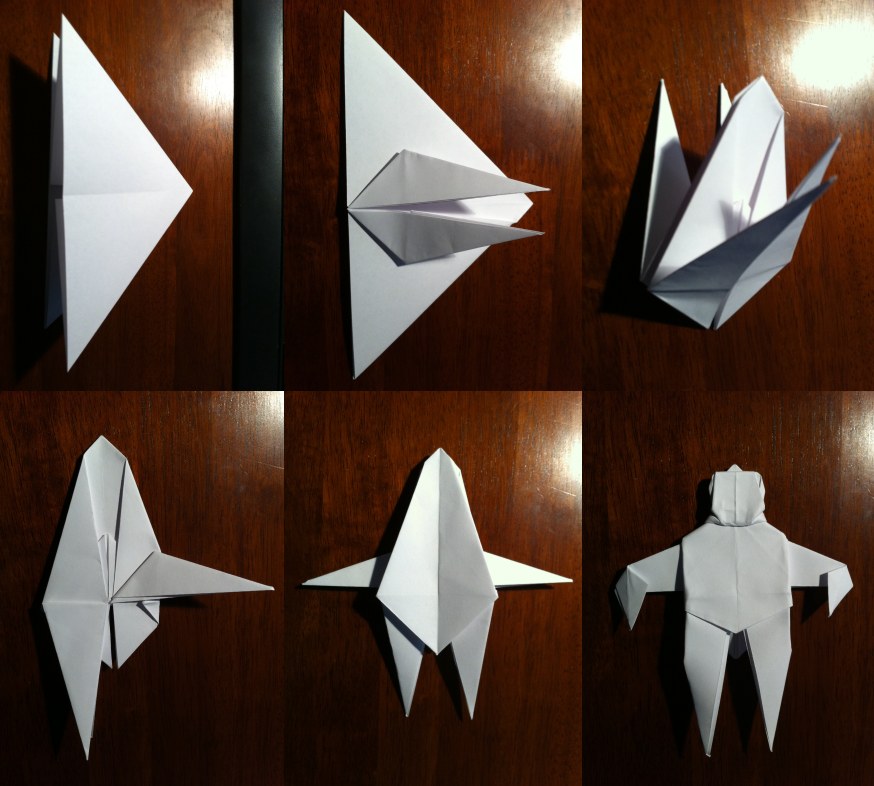 A simple fold that would benefit from thinner paper (the shoulders and neck were very difficult to fold with an A4 copy paper square). Quite cute however and I would imagine shocking in the day (but these days we would probably suggest steroid abuse will do that to a man 😛 ) 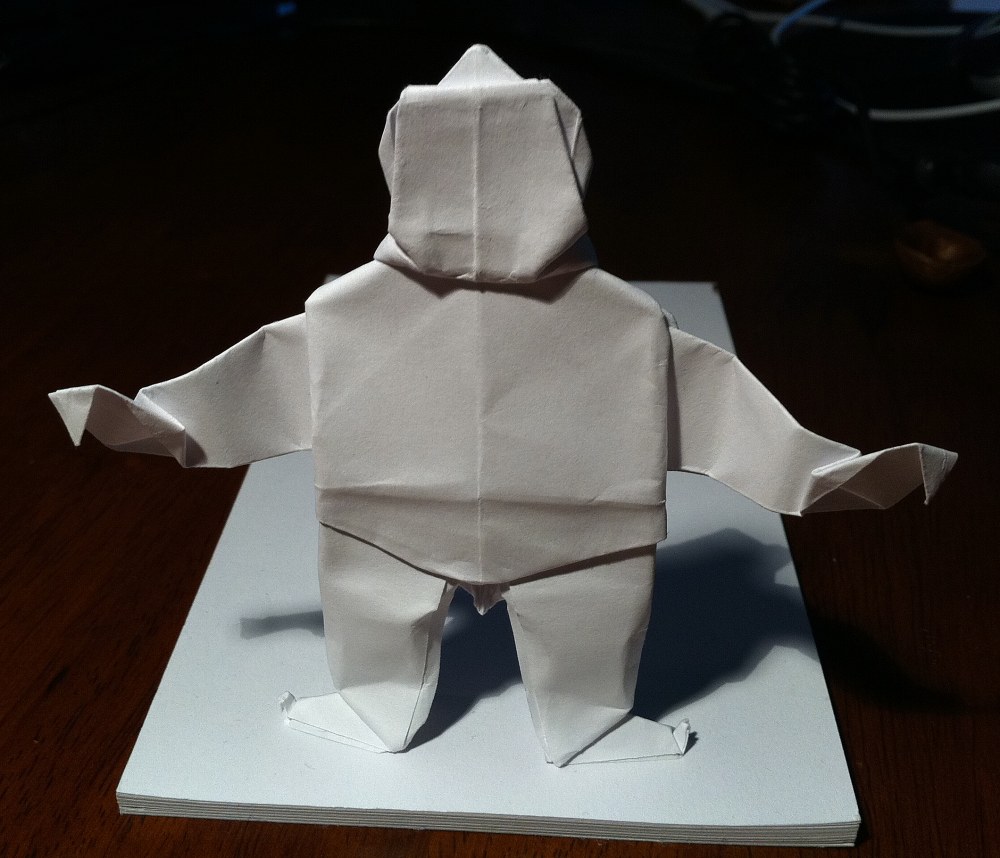