Dragons are an origami staple (although using staples is cheating!): 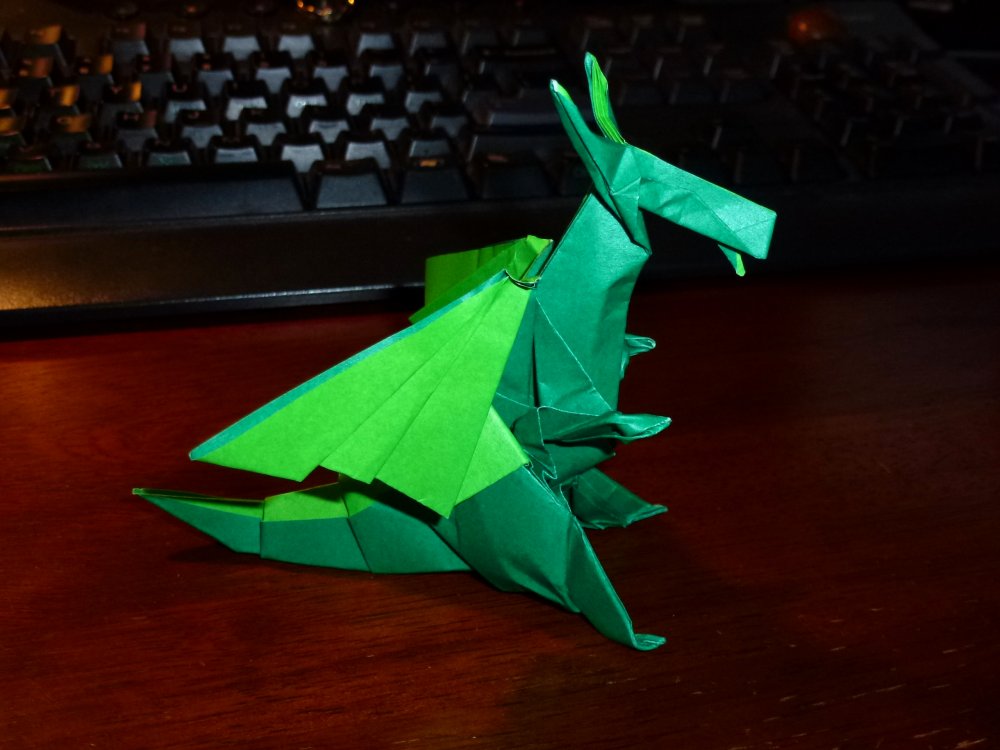 I am always on the lookout for a nice design and Hojyo Takashi’s Dragon is no exception. END_OF_DOCUMENT_TOKEN_TO_BE_REPLACED

Now I am not really one for card-based rpg/gattle games – Pokemon, Yugioh, Magic the gathering, but I know they have a huge and passionate fan-base. Trolling through a Tanteidan I found a curious little skeletal character and decided to fold it:

A modular, in 3 bits (head, shoulders, knees+toes … everybody sing..), it struck me as a cutie little skeleton.

I then went on the interwebs only to discover this character is part of a vast universe collection of macabre boney critters that battle each other, almost certainly have anime series dedicated to them and a number of animated series in Japan. END_OF_DOCUMENT_TOKEN_TO_BE_REPLACED

Now I do not know much about pirates, nor why a skeletal chap called Roger should be jolly, but there you go: 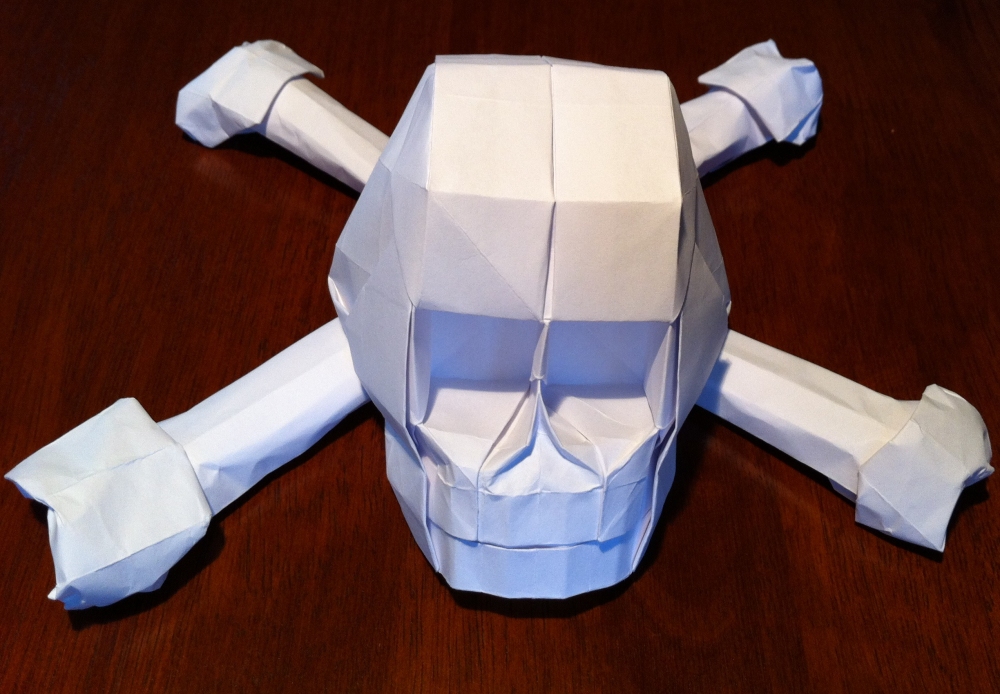 When I first saw Hojyo Takashi’s 3d looking skull I knew I had to try it. A torturous box pleat in 12ths, the collapse to get the face right was nearly as complicated as the pre-creasing. 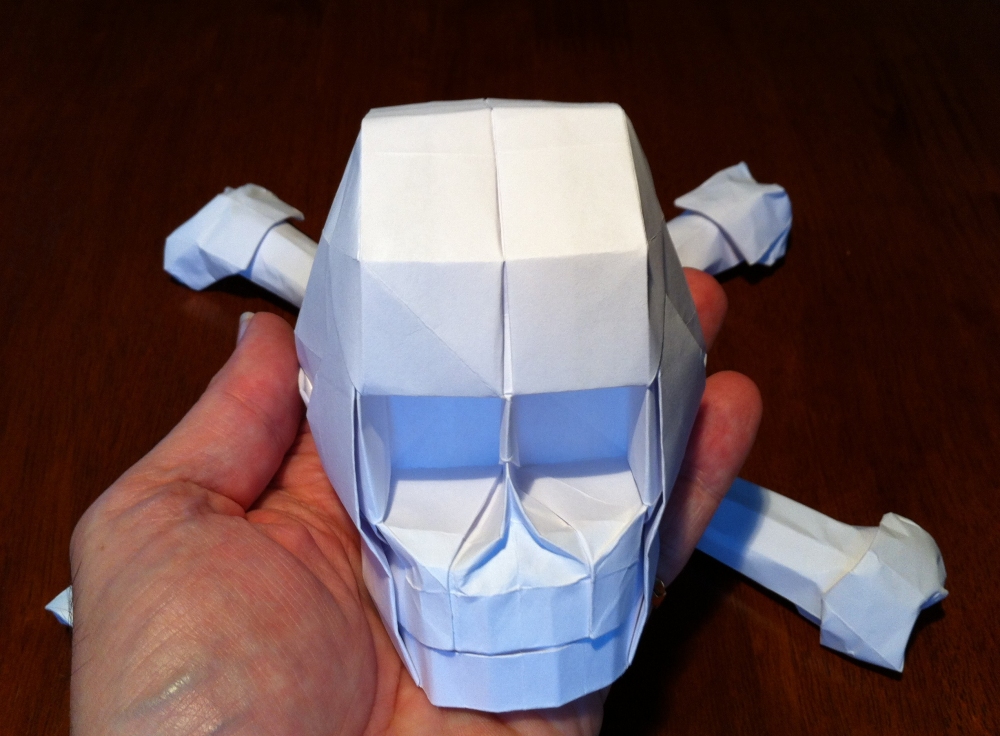 Saying that, the resultant model was screaming out for a set of cross-bones, so I sort of improvised them from a second sheet of A3 split lengthwise.

I think this turned out splendidly – amazing given the copy paper was disintegrating in my hands due to the high humidity (it is miserable, cold and grey outside – odd for summer, but there you go) as the paper is hygroscopic and kept going limp. I was sure it was going to split at the bottom of the eye sockets where the most difficult pleating takes place, but no. 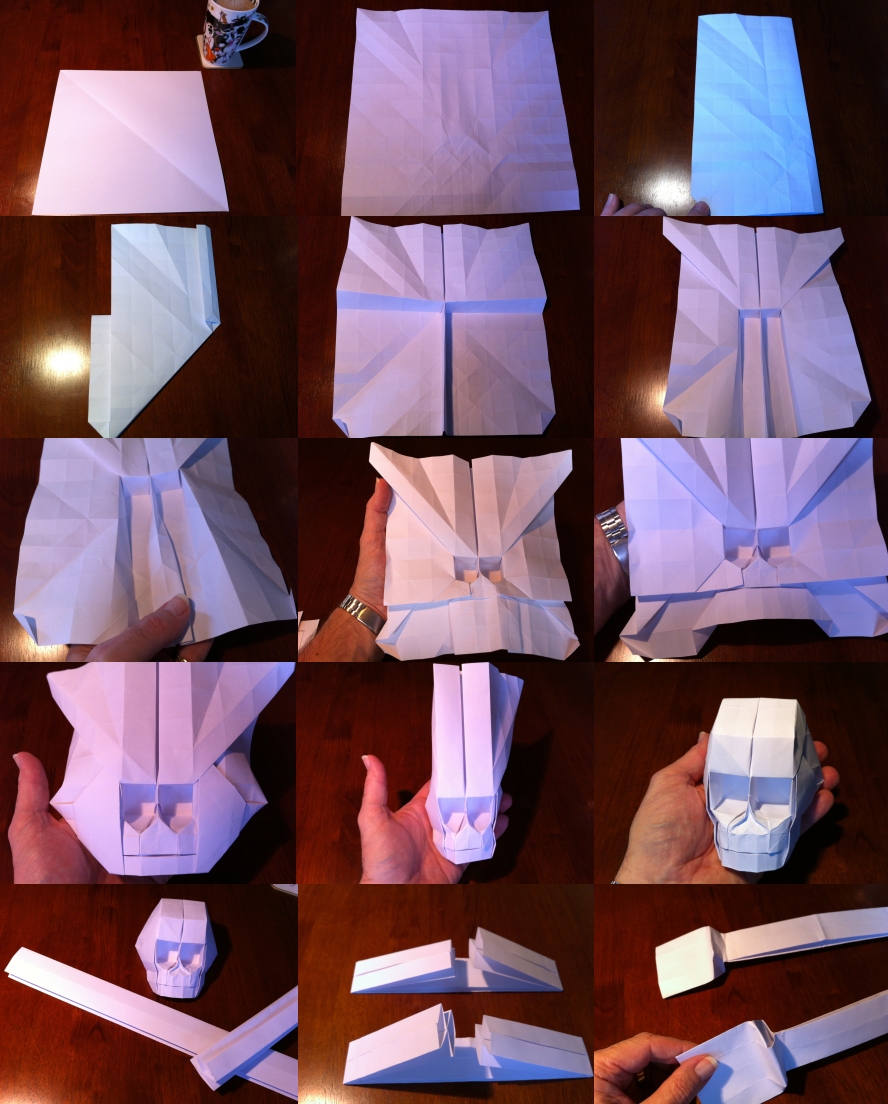 The beautifully proportioned skull is 3d up to a point – it is backless, but none the less lovely – I love the eye sockets and nose hole, the teeth are also nice (but if I had folded it bigger scale I reckon I could have crimped some gums and gaps between them also.