On the 4th of November 1922, almost by accident, a water carrier for Howard Carter stumbled across what looked like a step. They had all but given up hope of finding the legendary tomb of Tutankhamun but, on digging they discovered another, and another. By the 6th of November they had uncovered a sealed entrance to a tomb that bore the elusive cartouche of the boy king and so began one of the greatest archaeological discoveries of our time. 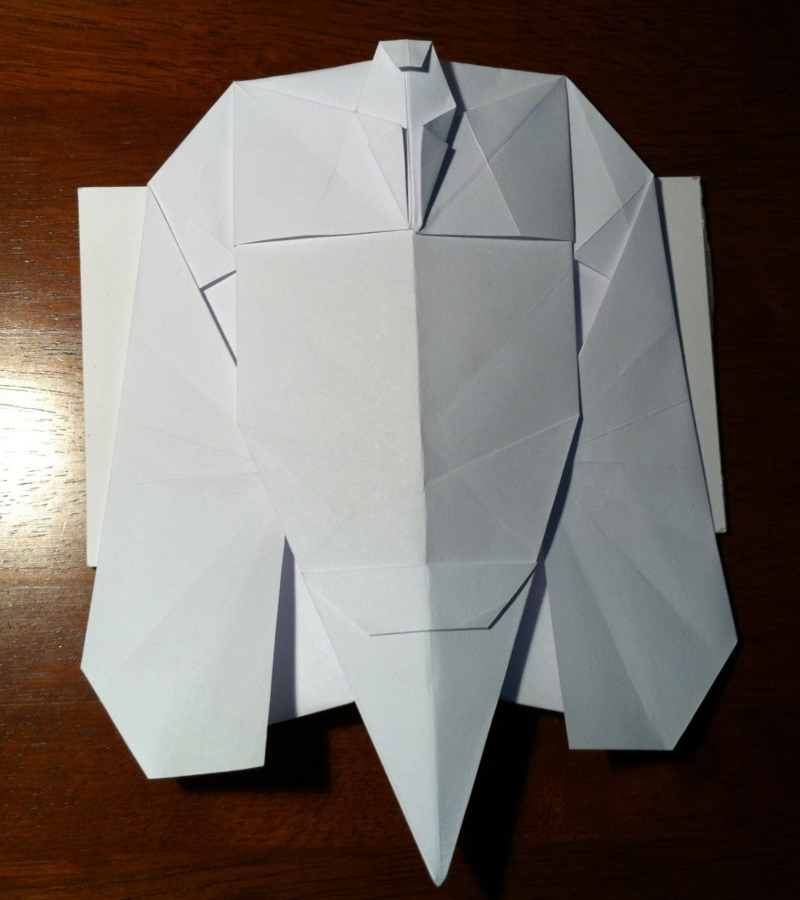 I admire an explorer that showed such great restraint – rather than rush is, as he was being urged to do, he covered up the entrance and went away, re-mounted an exploration mission 26 days later to actually open the tomb and painstakingly uncover and catalogue in-situ such wonderful things that belie imagination. 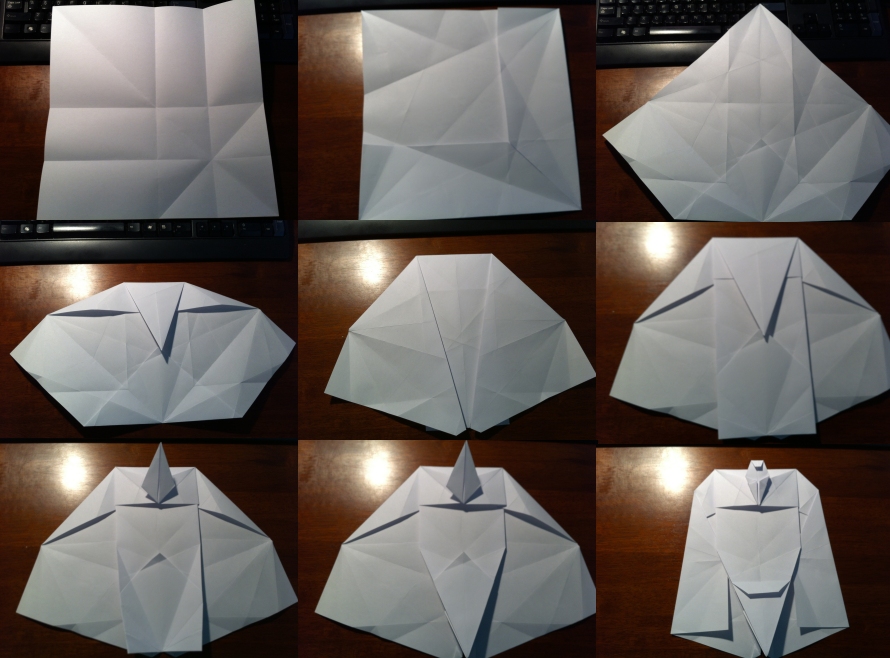 Having made a mask yesterday, I thought I would try another, and what better than a figurative representation of that famed gold and precious stone-inlayed death mask for the boy-king. I have seen this mask when it toured our city museum – it is breathtaking.

Scale was an issue here – it could have been made from an A4-cut square, but I could not tell how much was tucked away so made it from A3. I like that it hints at a snake in the headdress, the beard and overall proportions are nice. With time and a little patience I dare say you could fashion facial features – there is certainly enough paper there to do so. 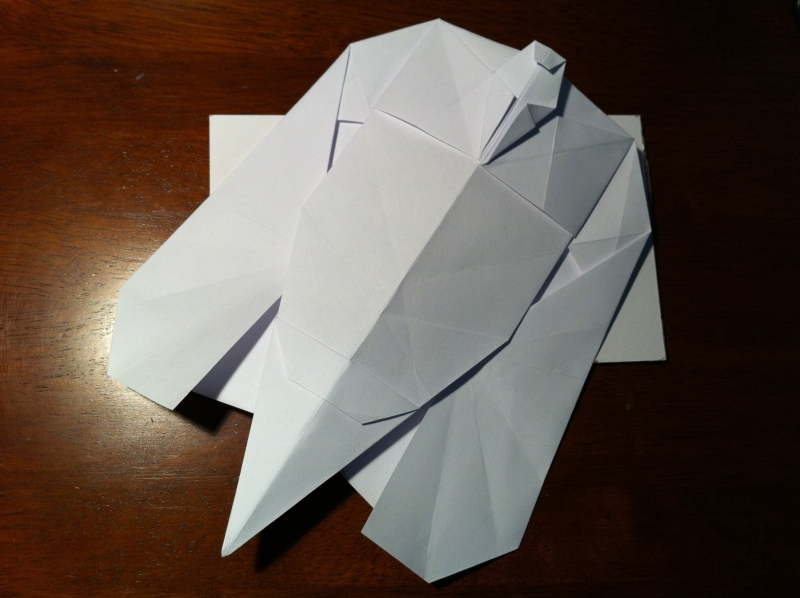 Happy with this as a first fold – I could do a month of masks, there are lots of designs and a plethora of approaches to origami mask making – maybe that is for another day.

The luck of the Irish be with you: 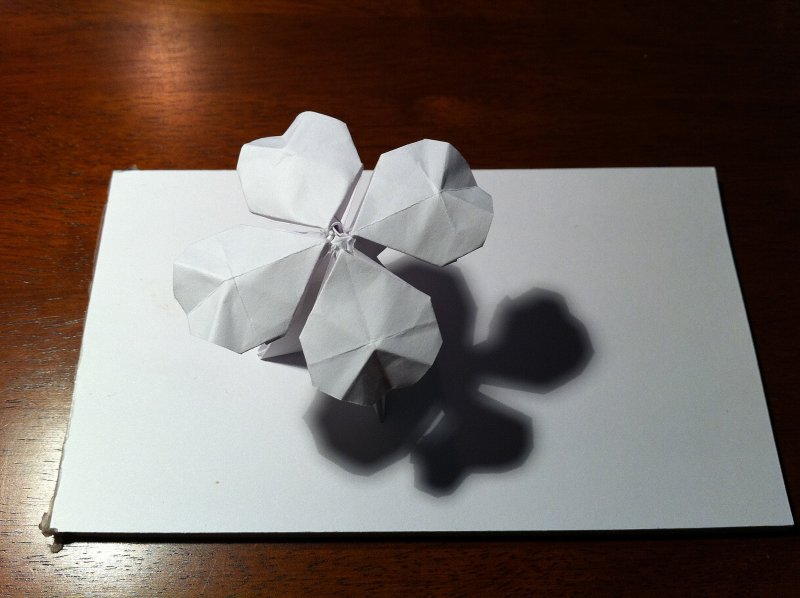 A four leafed clover I thought was appropriate for St Patrick’s Day – pity it is not green, could do with a pint of Guinness right about now, or maybe that is just a load of blarney.

This cute model is actually in 2 pieces – the clover leaf and a stand that tucks into it’s underside – I like it.

You can try to make one for yourself – all simple folds: shamrock