Ending such an EPIC month, I thought it appropriate to try a model from Eric Joisel – this is my first-fold of his Goldfish: 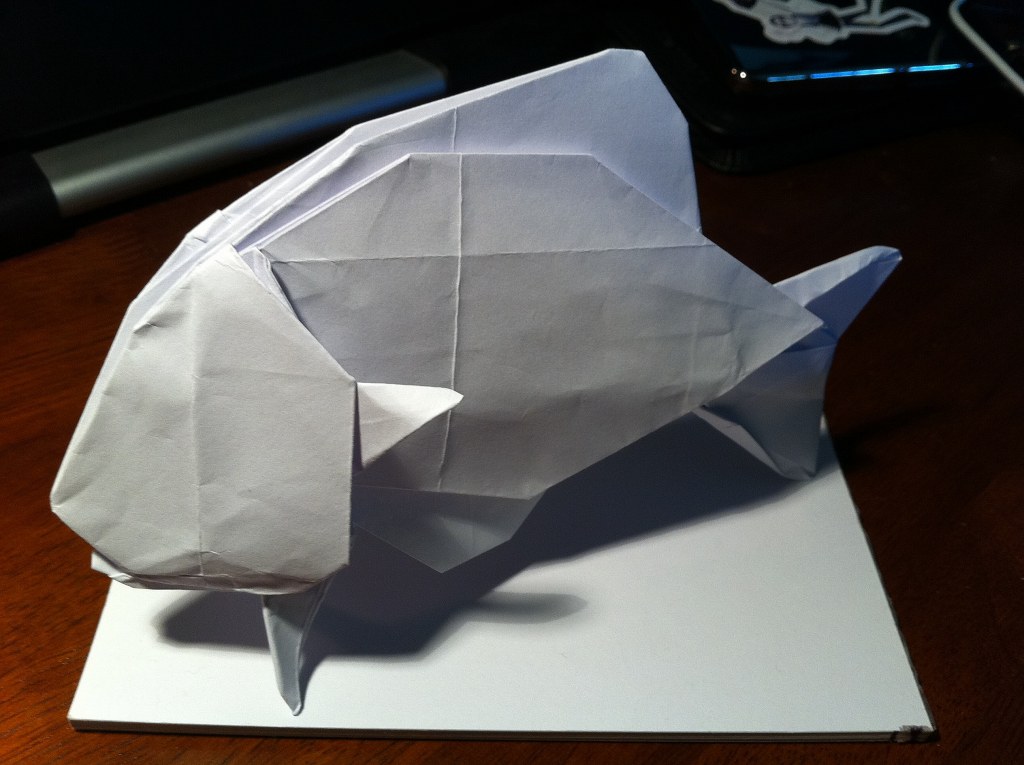 Now I know I could have modelled the body a little more, and Eric himself poses a design challenge to put in a nice Davor Vinco-inspired eye, but I am pretty happy with this as a first fold – I learned a lot by folding this, and next time I would make it smaller and much more 3d 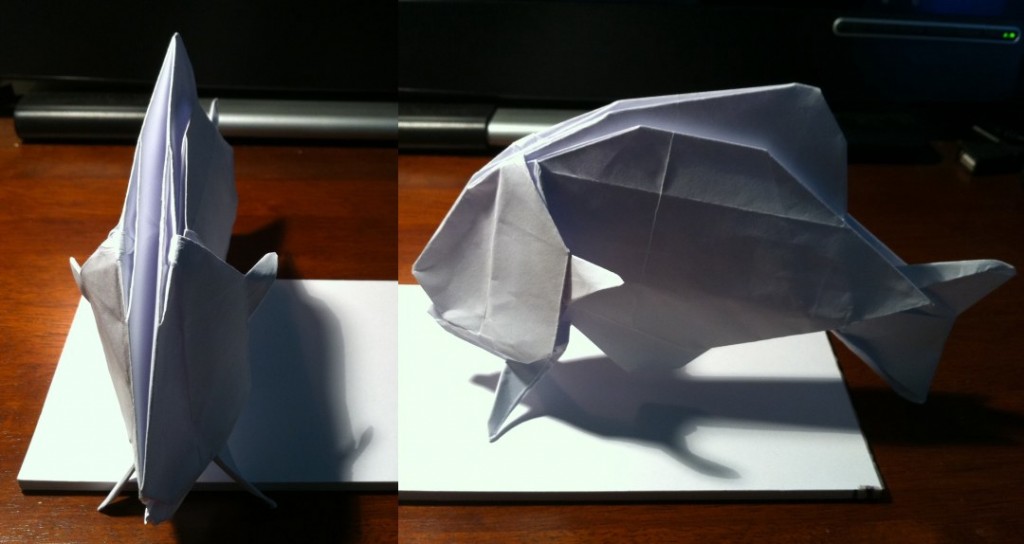 Folded from an A3 cut square, using an odd asymetrical triple preliminary fold out of an eccentric pony base, the model has a certain fluidity to it, and seems to fold itself in places – true genius of design. 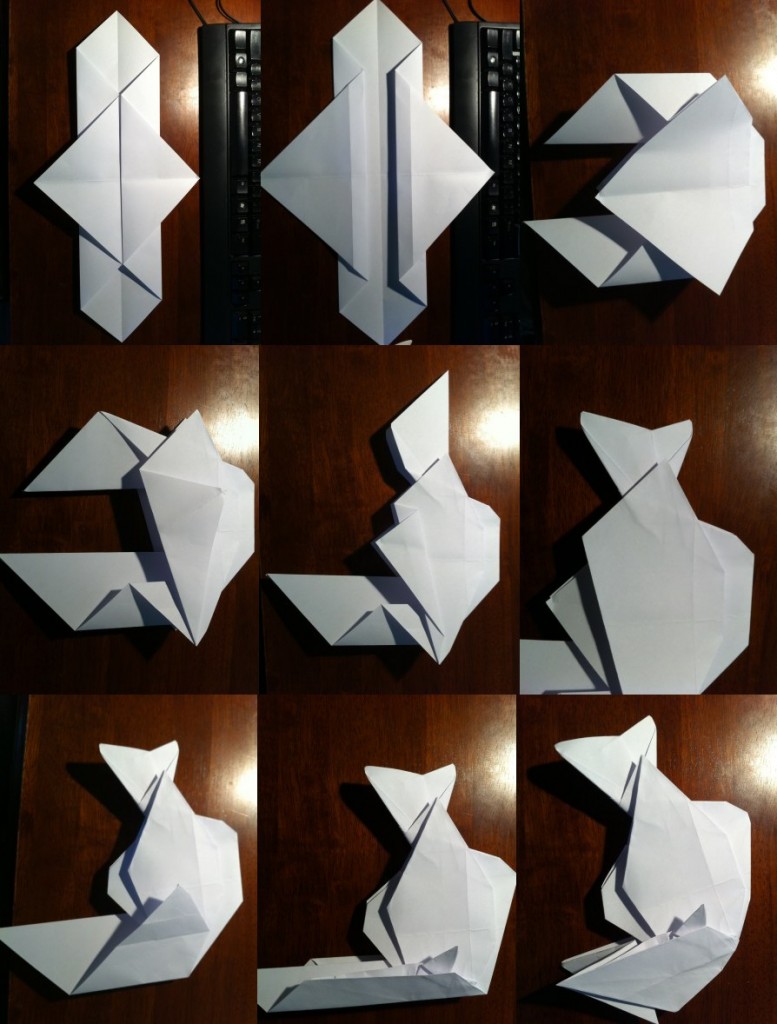 I like that the tail, although again asymetrical, is complete both sides, and there is lots of opportunity to pose fins, and shape mouth, nice

You can have a go at this, it is fairly straightforward (apart from when it is not) http://www.ericjoisel.com/ps_assets/pdfs/fish.pdf