Ladies and Gentleffolk, if I may be so bold as to introduce to you Mr Langton Willow III: 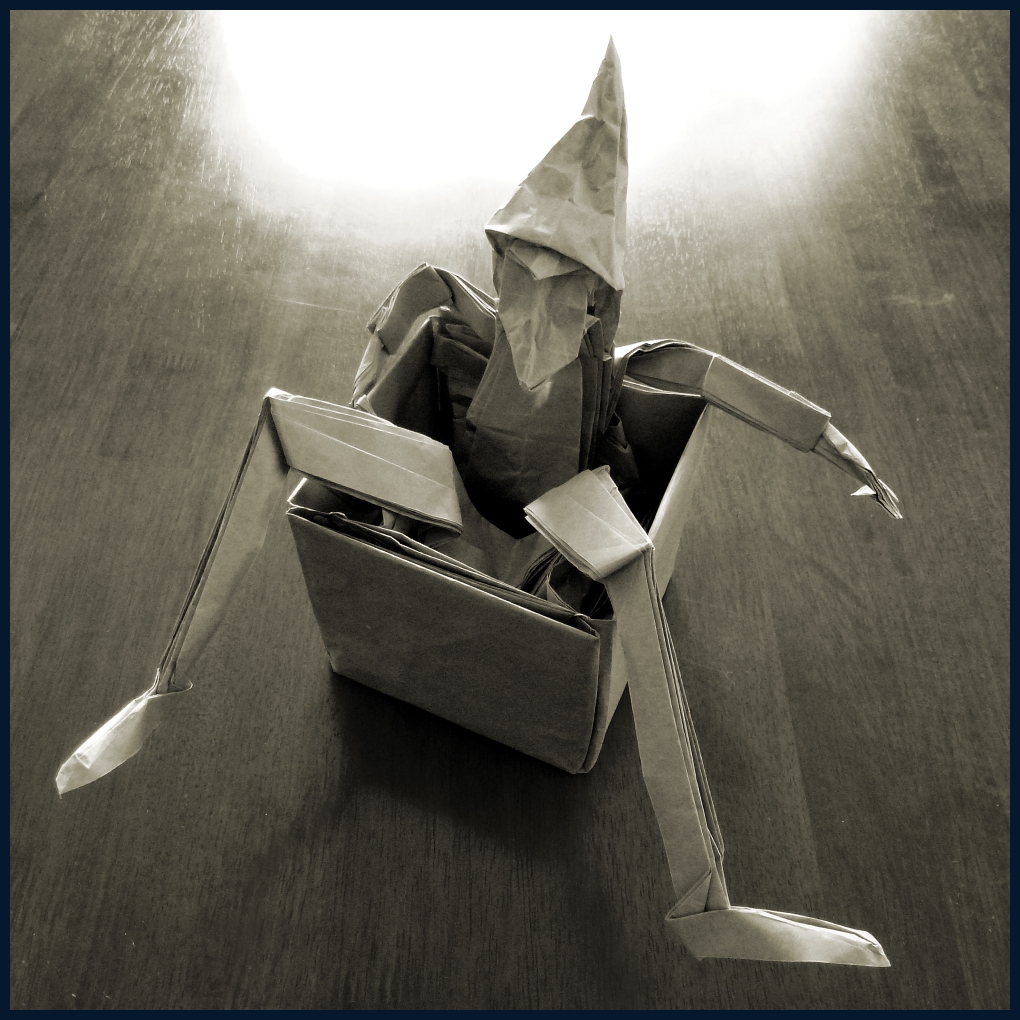 …so I bought a lovely book about an Origamist I worship, Eric Joisel, and was scanning pages prior to an in-depth read and came accross what seemed like an impossibility – a dwarf in a box. There were some photos of a couple of versions of the finished model and some sketches of crease patterns that might have been used to make it and nothing else … 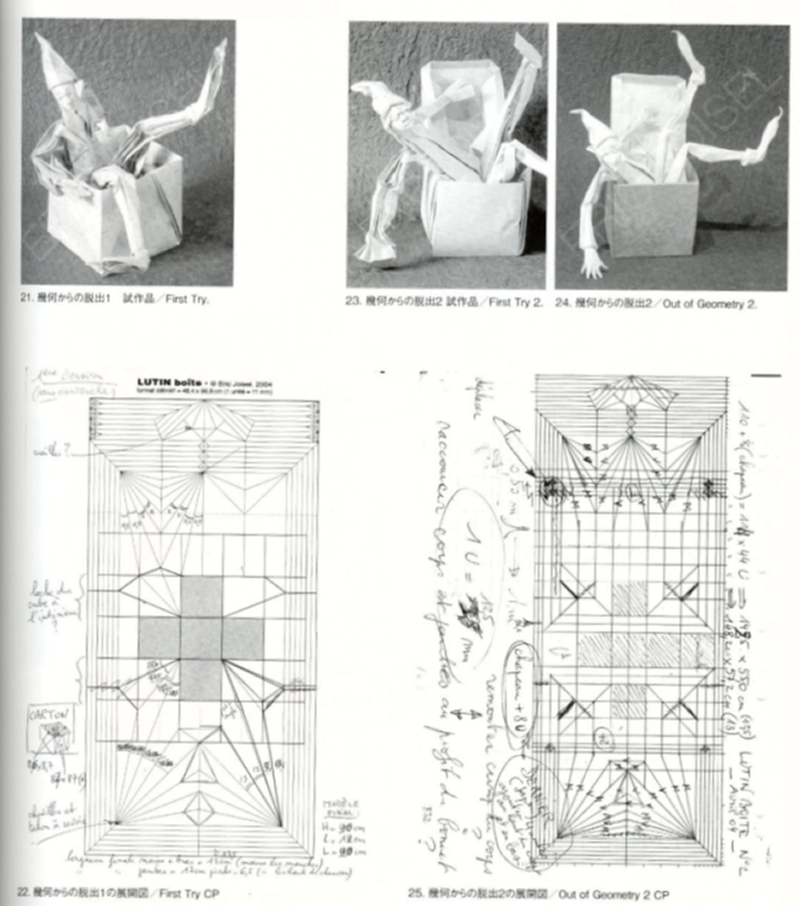 So I decided to give it a whirl. The crease patterns gave no clues on what were mountain and valley folds (fairly important if you are going to make the model) so I sort of “guessed” most, and added a bunch of lines that would make the folding easier later, so I thought. I chose a large format paper – 1.2m x 0.6m, and in brown paper – thank goodness as even laying in the creases (a 2.5 hour job) put massive strain on a number of key points. 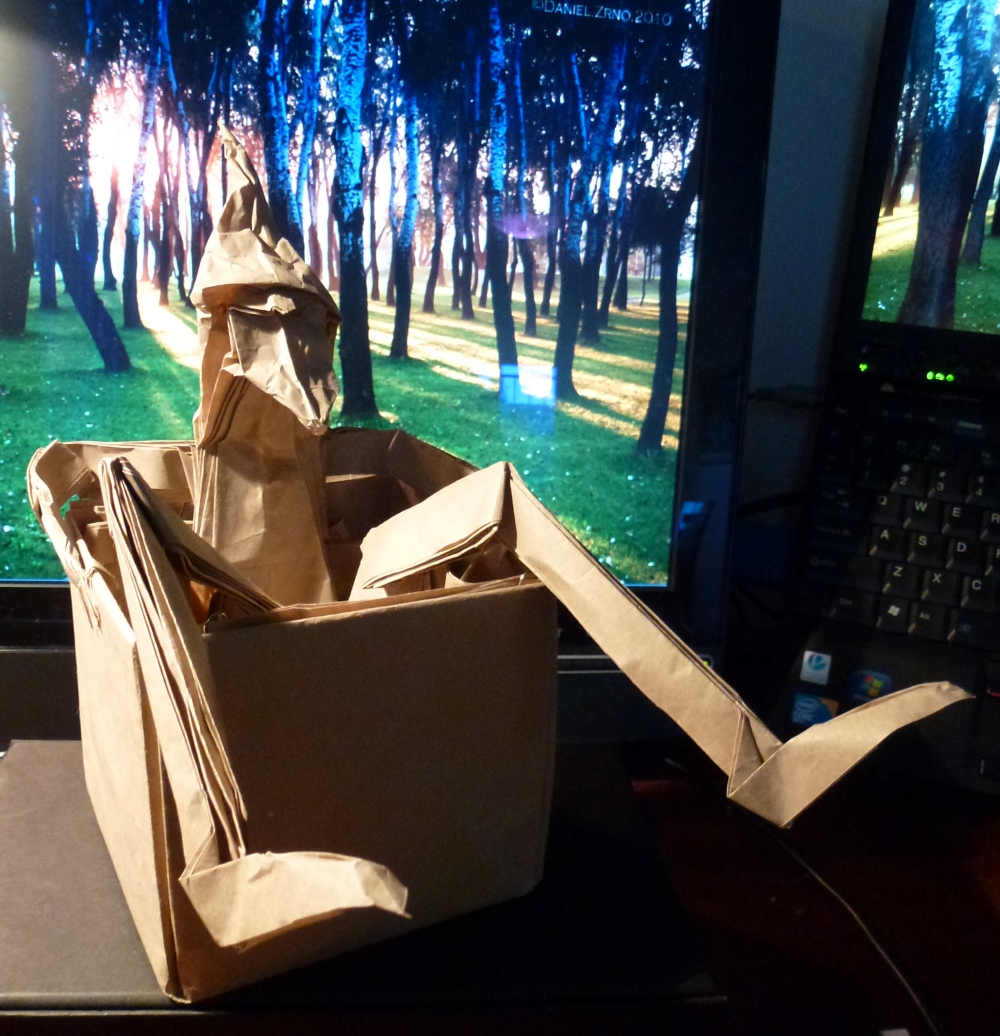 When it came to the collapse I must admit to being nervous – odd in retrospect but I had pre-announced to the social notwerks that I was attempting it and that was a mistake because psychologically that meant I could not fail in my attempt.

Studying the illustrations carefully, it became clear that when Joisel had his first try, there were odd gusset pleats on the OUTSIDE of the box that the dwarf sits in, I figured with some deft folding I could remove them and tuck that paper inside the box. 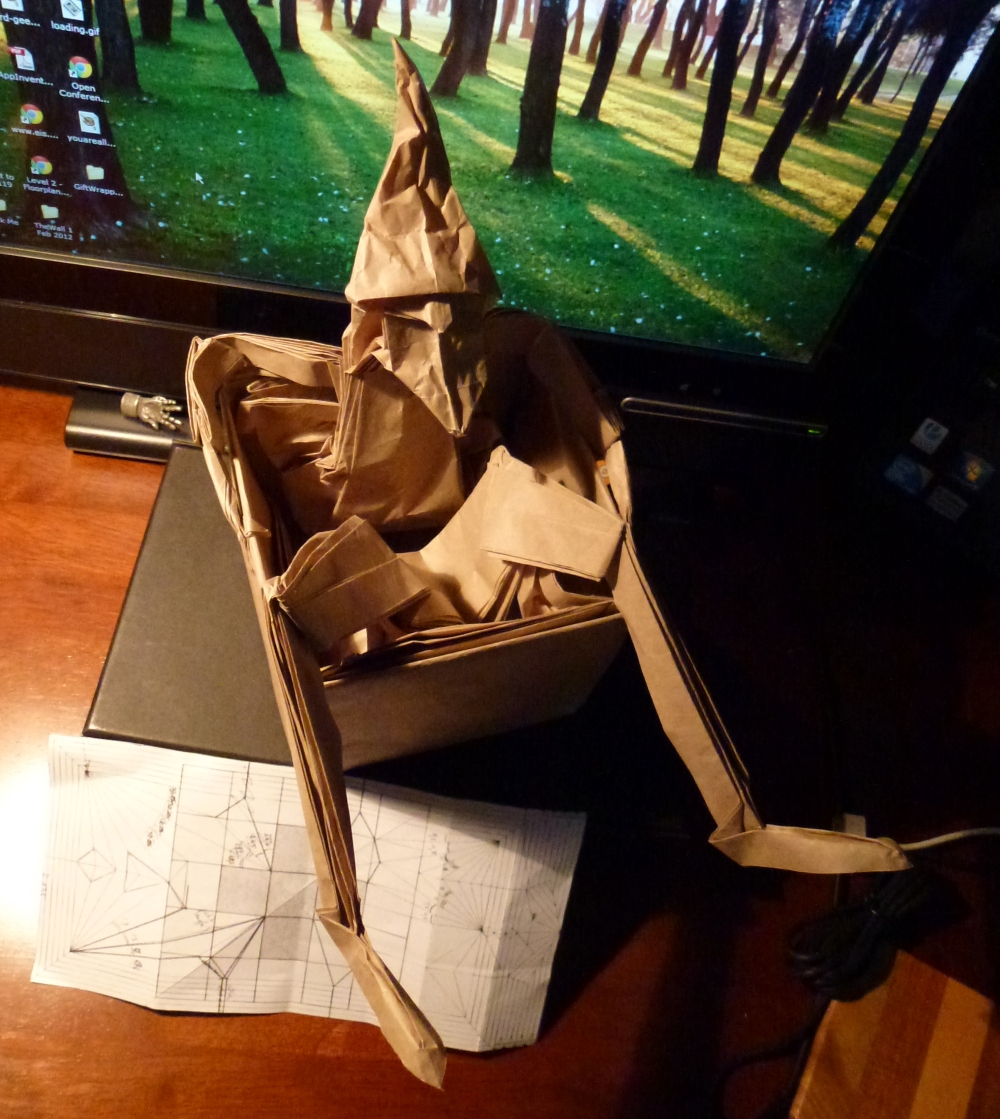 I must admit to grinning ear to ear when I worked out how I could do that tidily. This model was a fascinating exercise in not rushing to set a crease. After getting up, making another cup of tea, doing something else, coming back, leaving it a while then returning to it etc. I found a tidy method of tucking away what seemed like acres of paper inside the box to leave … well .. the box. 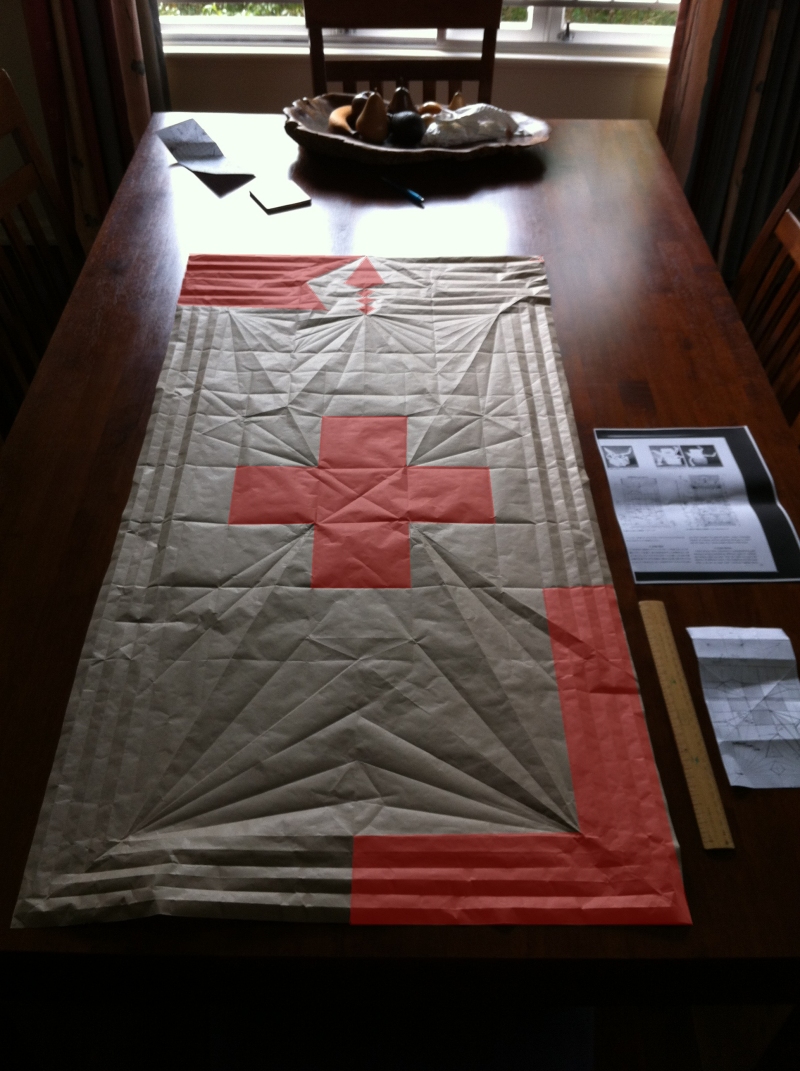 Conceptually we have split a dwarf – the head/arms and the legs/feet are split apart and the paper for a box is inserted between – the only difficult is ensuring a box-like remnant that lets you also tuck the dwarf-bits inside.

Oddly, the proportions of the dwarf necessitate lanky legs and a gaunt head, but that is in-keeping with the overall feeling of the model. It is like the dwarf is trying to get out of the box – what he was doing in there in the first place is a mystery, but there you go.

I have to admit to being very proud of achieving this model – the result is delightful, there is an astonishing amount of paper tucked away to reveal a lanky dwarf with real character.  I have no idea what I will do with this chap – it was originally going to be something I tried for shits and giggles, fully expecting to fail but the grinning has not stopped. I have “cheated” by using a few paper clips to keep the box corners together but I think Joisel would forgive me that.