I am not normally a fan of fiddly modular figurative models, preferring geometrics instead but this design by Halle caught my eye: 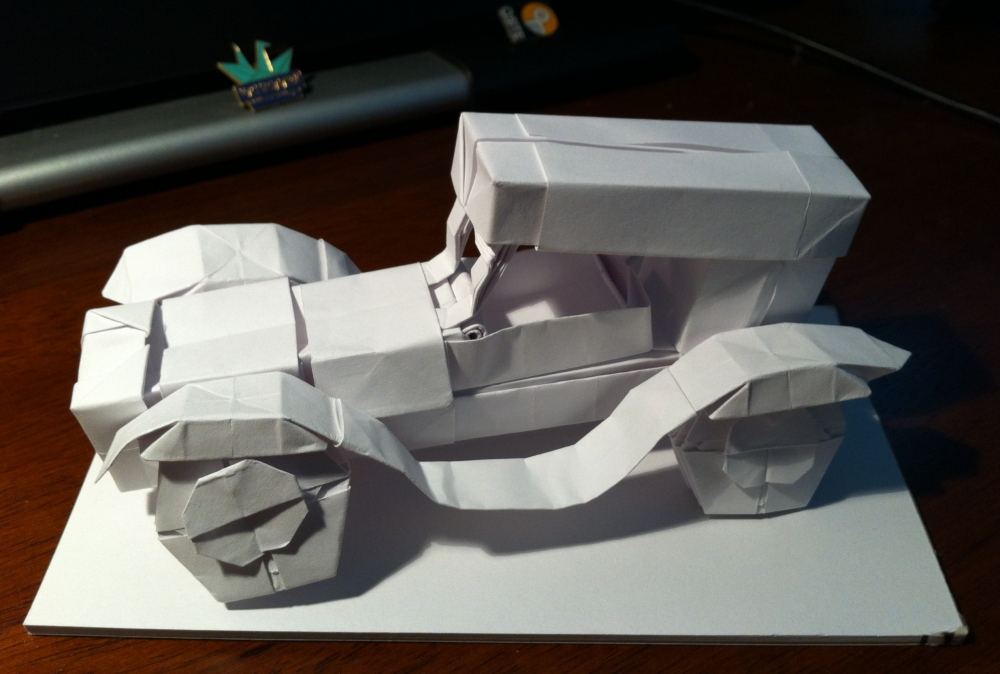 Made from 41 tiny bits of paper, various sizes and fold techniques, it turns into a 3d jigsaw from hell near the end. Amazingly however it all slots together (although I needed to use a little double-sided tape to stop it from popping apart again due to paper tension). 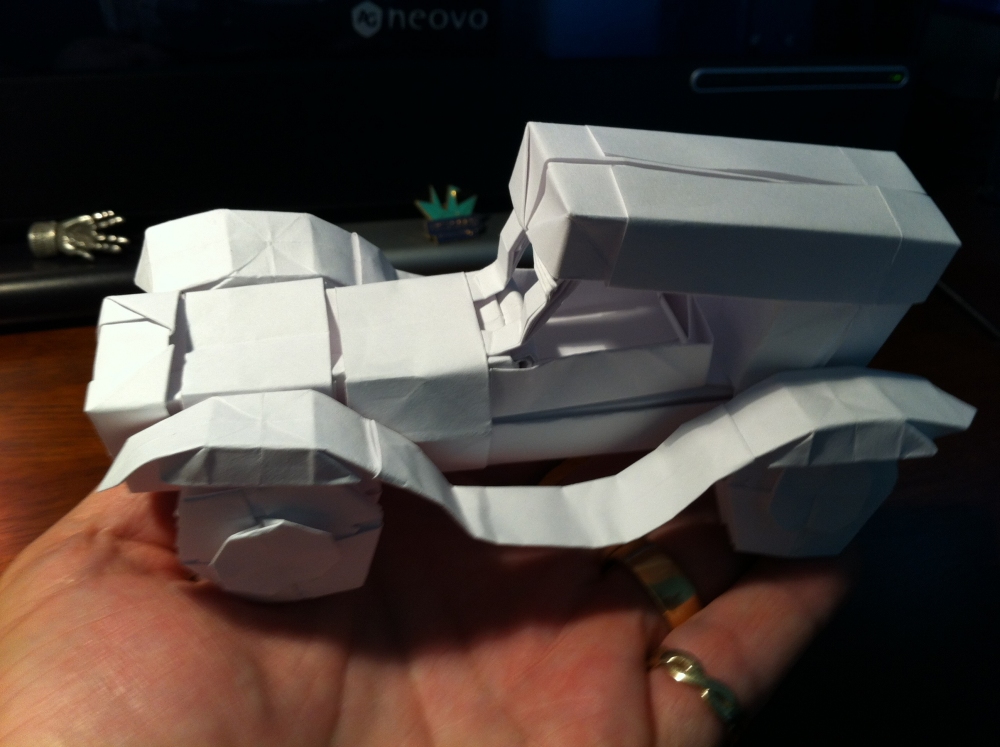 I like that it is an attempt at a fairly faithful rendering of a real car – car geeks agree it looks a lot like the actual model and my rendition, first fold, is a lot like it should have turned out.

The ingenious system of interlocking cubes, half cubes and trays that slide inside each other is a masterpiece of design. Scale and accuracy is a problem and I fear copy paper is the wrong material because it wants to unfold – I guess something like tissue foil would be better because once folded it stays put. I have done another Halle model – the computer guy for Chris the computer guy and it too was a lot of different bits of paper assembled later.