I have pleasure in introducing to you Master Dweezil Allegory Quercus Esq, or Daq to his friends: 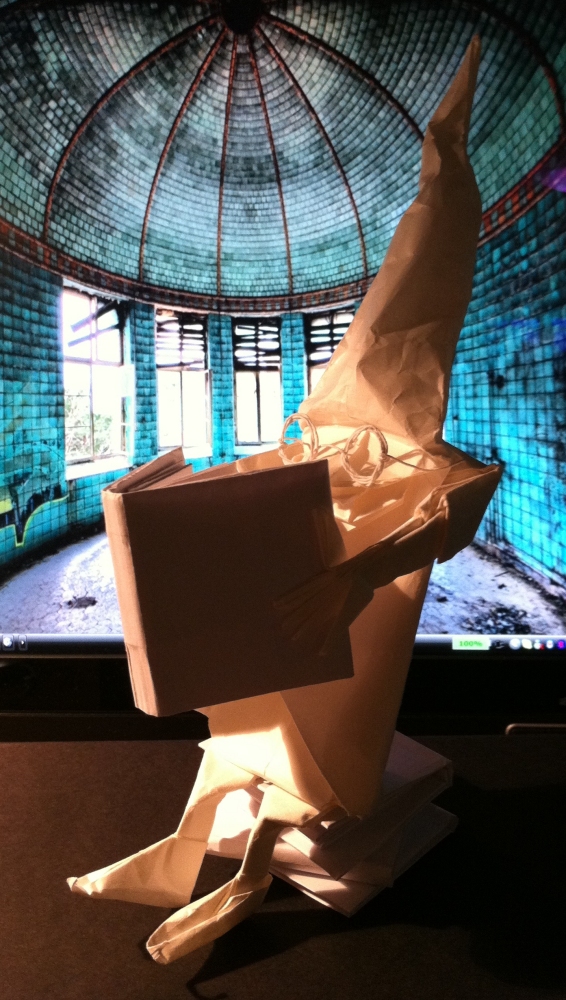 Dweezil loves to read, and can often be found with his nose in a book, idling the day away. Fond of mysteries, amazing adventures, current affairs and other dwarfish literature, subscriber to “Rolling Stonework”, “Wood Working Monthly” and “PlayDwarf” (but only for the articles), he is very well read. 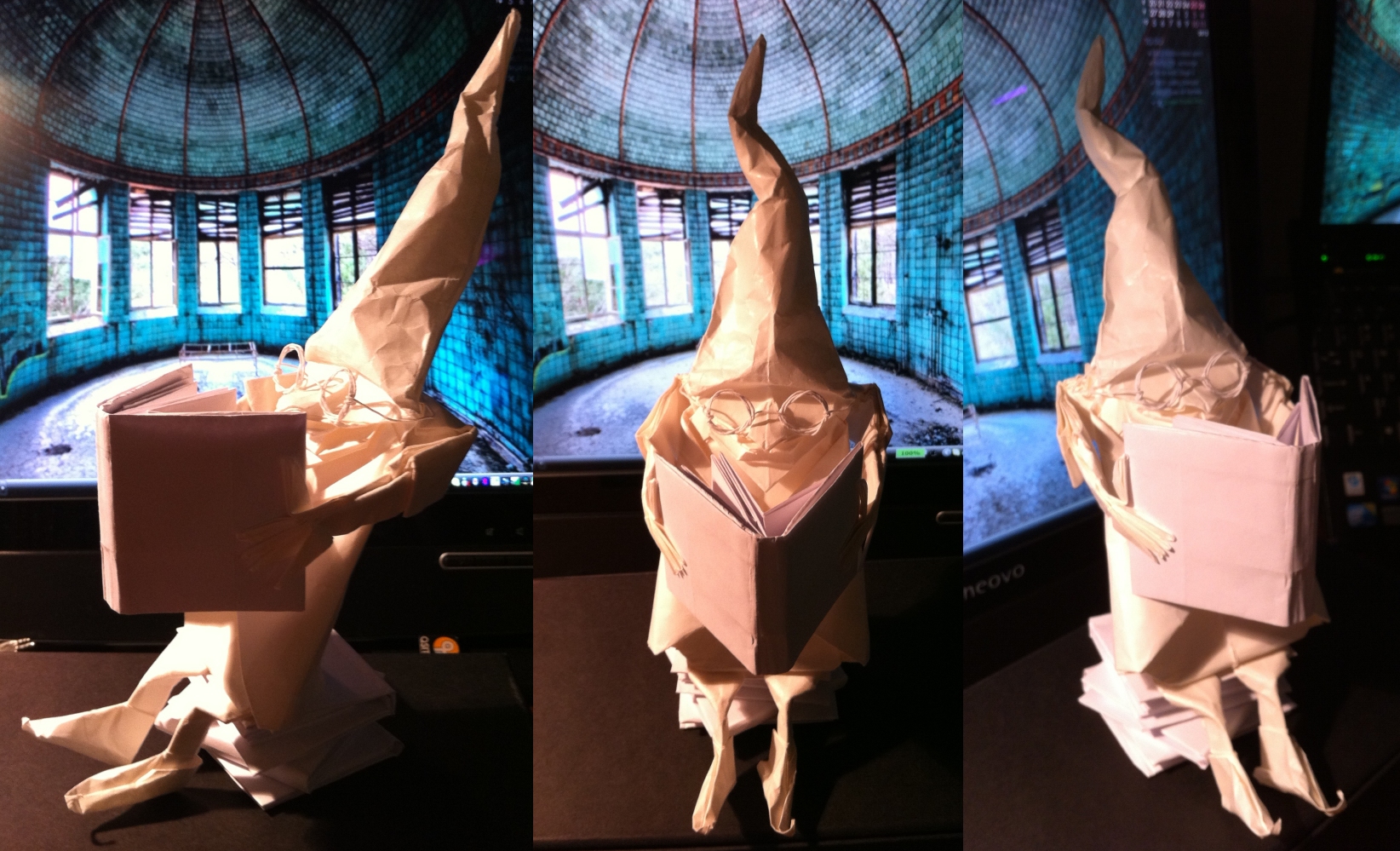 My attempt at an original Joisel Gnome, using the crease pattern from my newly purchased Joisel treasury book, I wanted this little chap to appear bookish, nerdy and absorbed. I folded 4 hard cover books – it seemed natural to have him perched atop a stack of books. 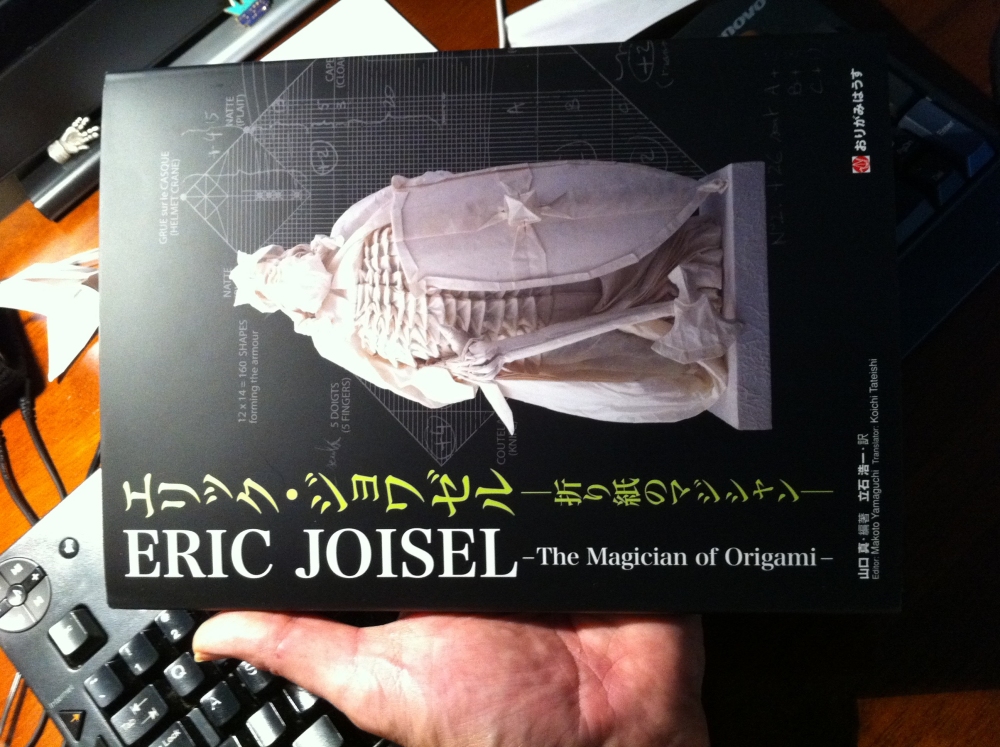 I fashioned a set of glasses, because all that reading underground, with poor lighting would play merry hell to even the keenest of dwarf eyes. He also has cutie curly toed shoes, a necessary fashion accessory for the dwarf about town. 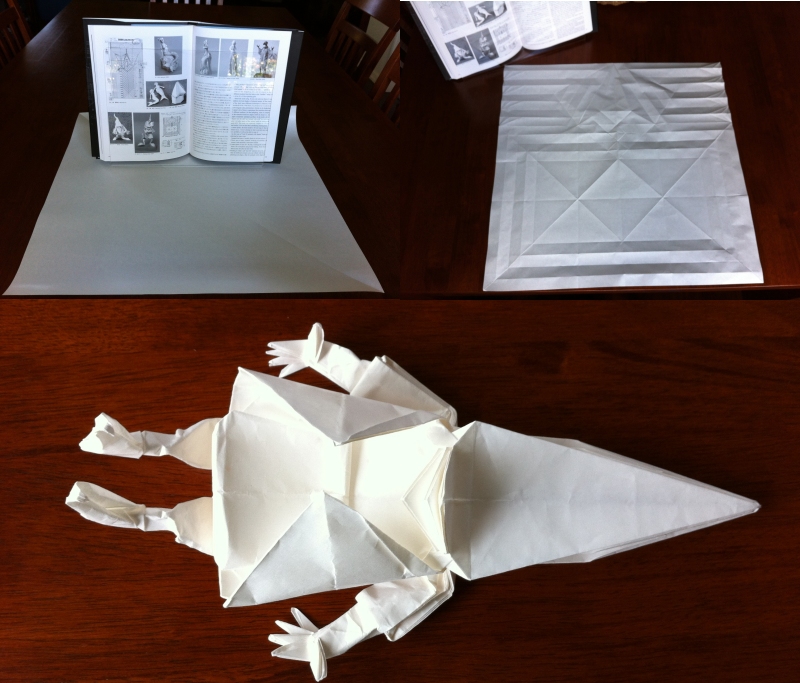 In the end, I like this little chap a lot, he seems full of character and life. I think he might be a worthy addition to the School Library for their year of reading theme because it clearly shows that it is not just humans that like a good tale. I crowd-sourced the name – Quercus is the genus of most OAK trees, a continuing theme and “Allegory” because it is cool – thx Lindy and Julie for your help.

I vodcasted some of his genesis on Kondoot, if you are interested.

Dweezil will live, strangely enough, in the School Library, at least for a while. Our RE Department had a timber lantern they were throwing out so I purloined it as a suitable dwarf-enclosure and now have him ensconced within. I fashioned labels that make him look like a preserved museum specimen, and have placed “Warning, do not feed the dwarf” labels on the outside to warn the young people who are likely to try and mess with him.

All in all, a nice character study – it is interesting because, although his base fold was similar to all the other dwarves I have folded, his personality became apparent as I folded him – as though the paper knew how it wanted to end up and I merely channelled it. I do not understand that process but am constantly delighted by it.

One thought on “374 Dweezil Quercus”