I had this idea in my head that is should be possible to fold a DALEK (you know, that improbable plunger-wielding arch nemesis of Dr Who) from a single sheet of paper: 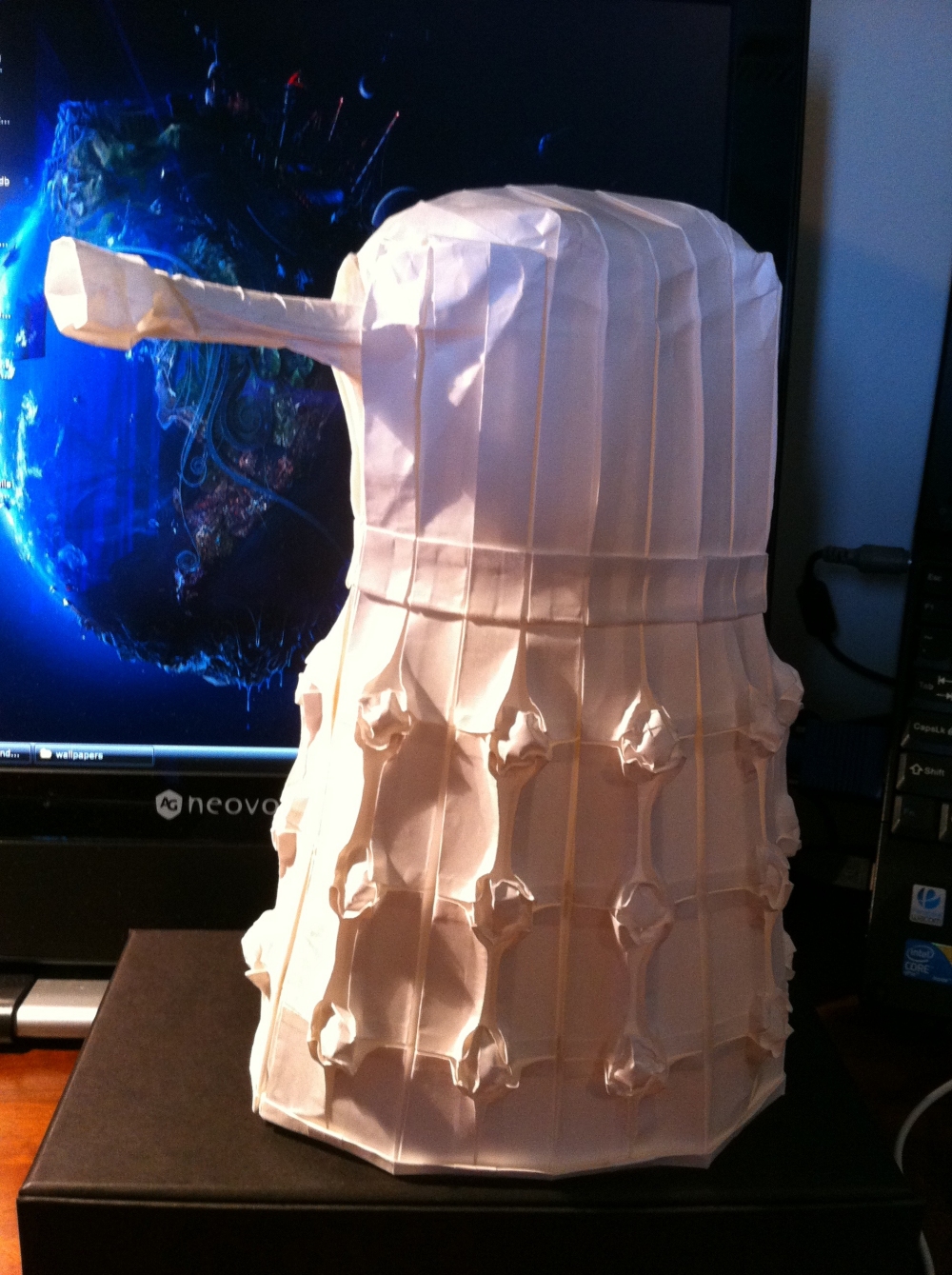 I began over a two week period to explore the morphology of a Dalek, to come to the conclusion that it is most certainly possible, and that this attempt is very nearly it.

I decided to start with an A2 sheet, figuring that it would be bent in half eventually and curved to make the recognisable armature and leaving paper for eye, manipulators and a nice domed head. Numerous trial scraps of paper were mangled to test various collapse/crinkle ideas that in the end informed the final shaping. The odd shape, the necessary texturing (bumps are essential, apparently, to Daleks), the position of the eye stalk in relation to the plunger/laser hand thingies proved very troublesome with this shape paper and, in retrospect, it would have been better to start with a square – live and learn I guess. 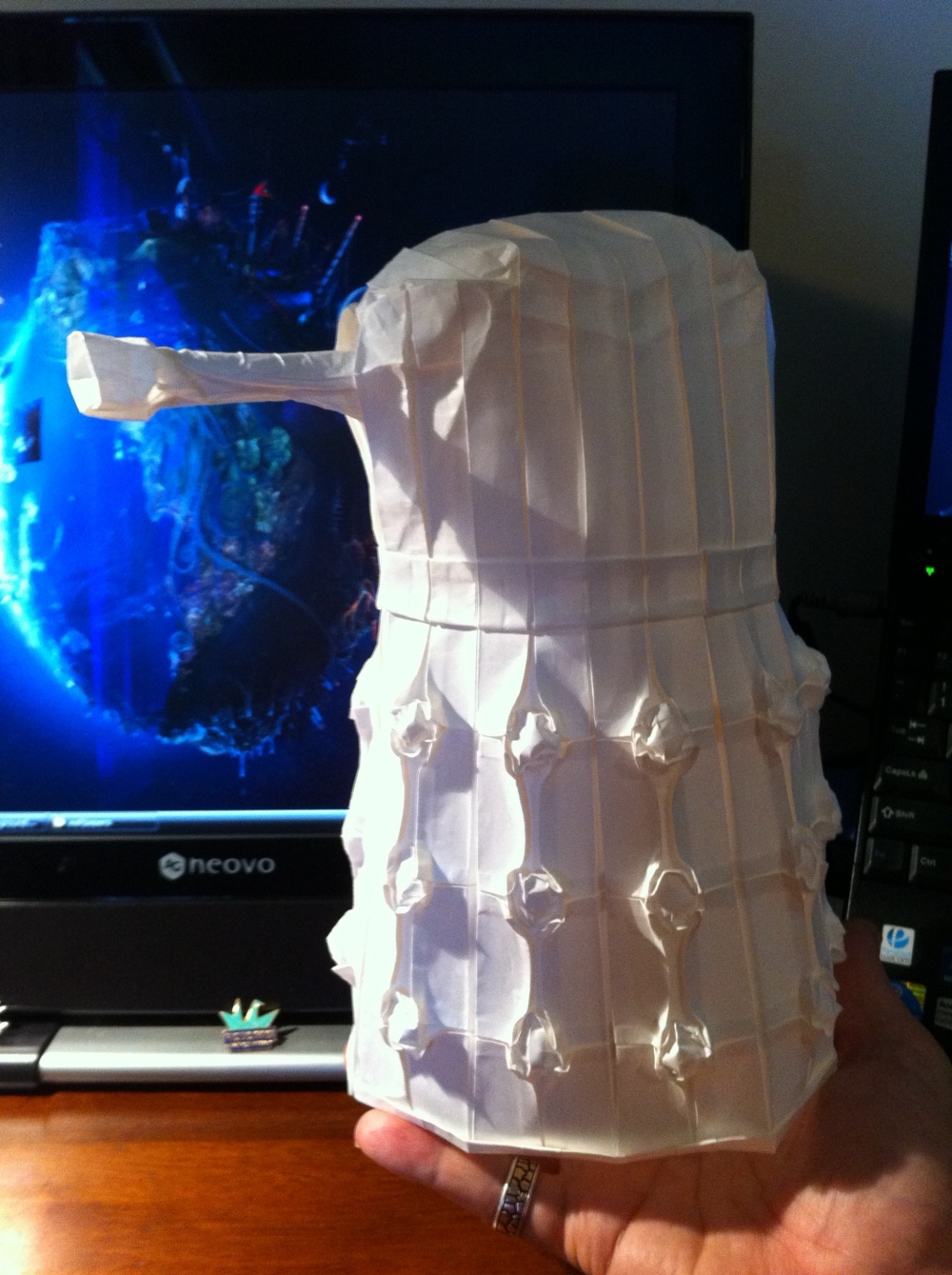 I learnt a lot about myself in this fold – resisting the urge to set a crease is HARD, regretting a misplaced crease later is worse. I found I could, in my head, envisage something and then create it within the limitations of paper fairly faithfully. A LOT of maths-type thinking went in to the original sheet division and that both helped and hindered in the final model as I found taking the highly geometric shapes and making them more organically round was very challenging. 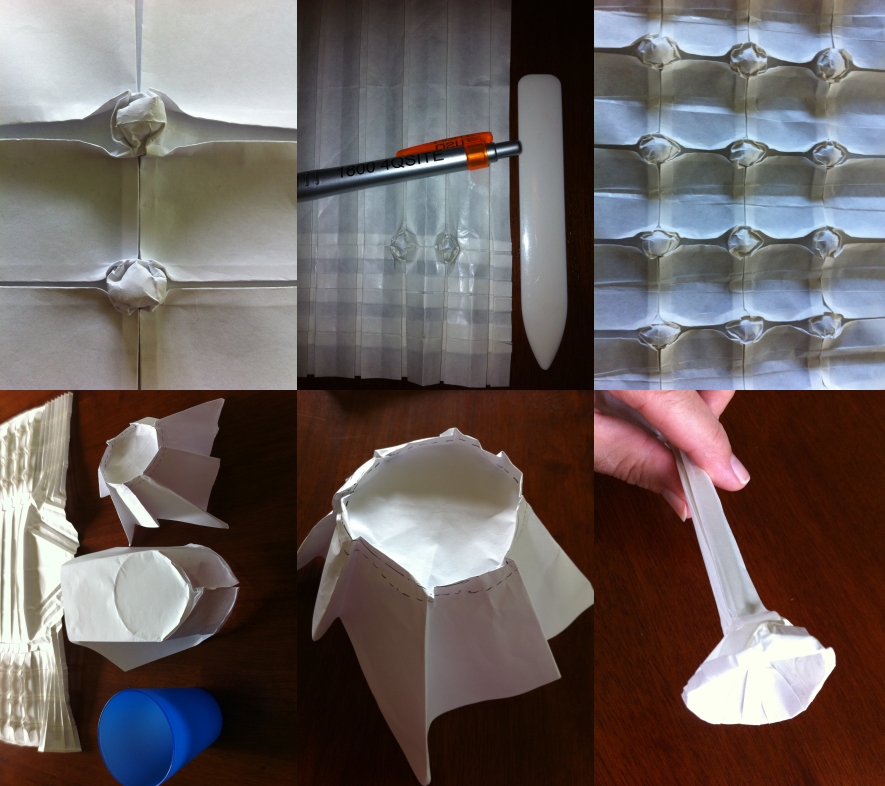 In the end this is NOT a great dalek, it is however a fantastic start. Should I attempt this again I now know more about the final shape to plan better for it – I assumed, you see, that it would sort of just “sort itself out” – this was far from true – much time was spent looking at the mess I had made and working out how to make it less messy (or just hide it and deny it was there). 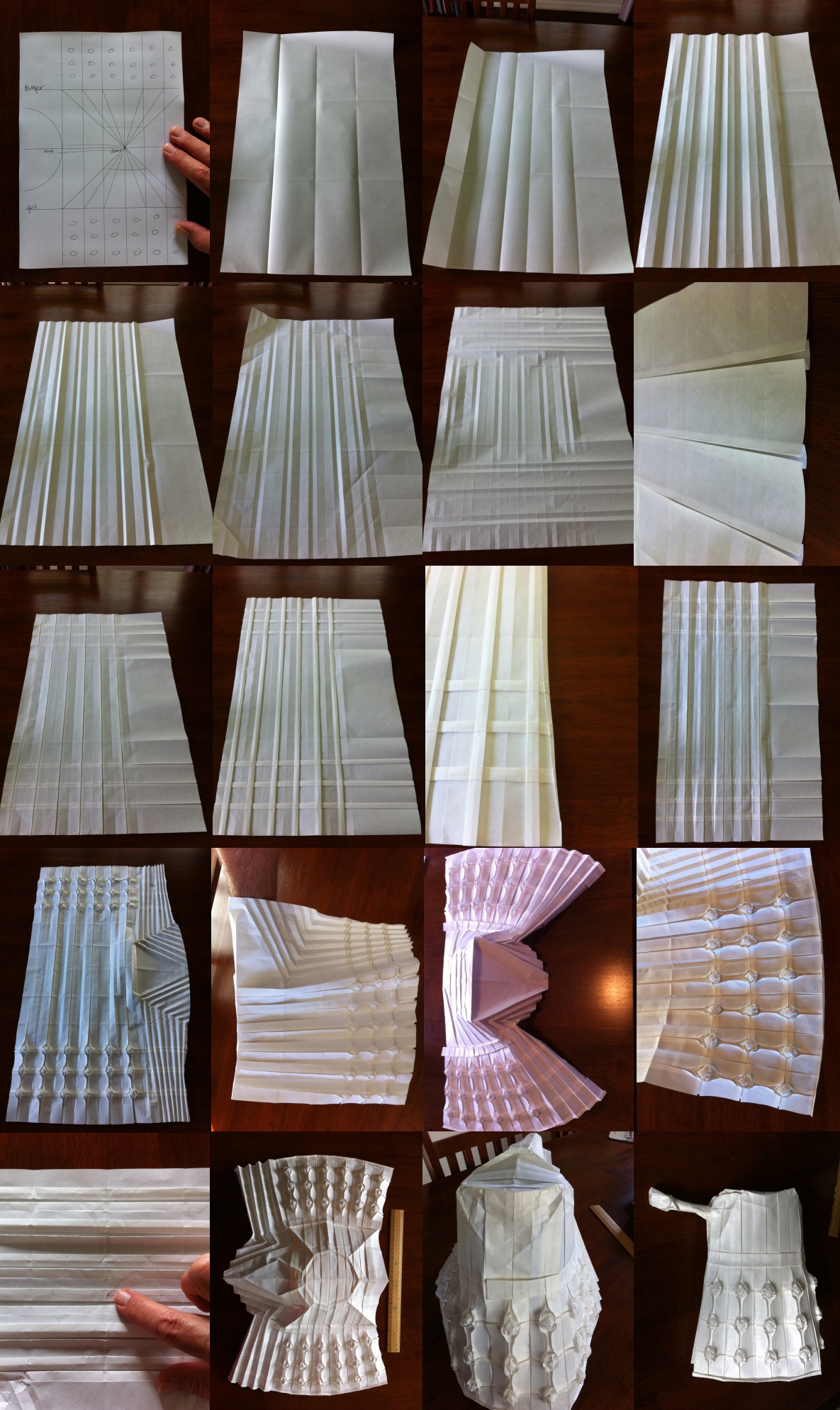 The final model is not pure origami – given the time and paper torsion, I had to help some parts stay together with little buts of stickey tape on the inside – some of those fine pesky pleats splay over time I found. With different paper (tissue foil for instance) the folds would stay folded a lot better I would guess. 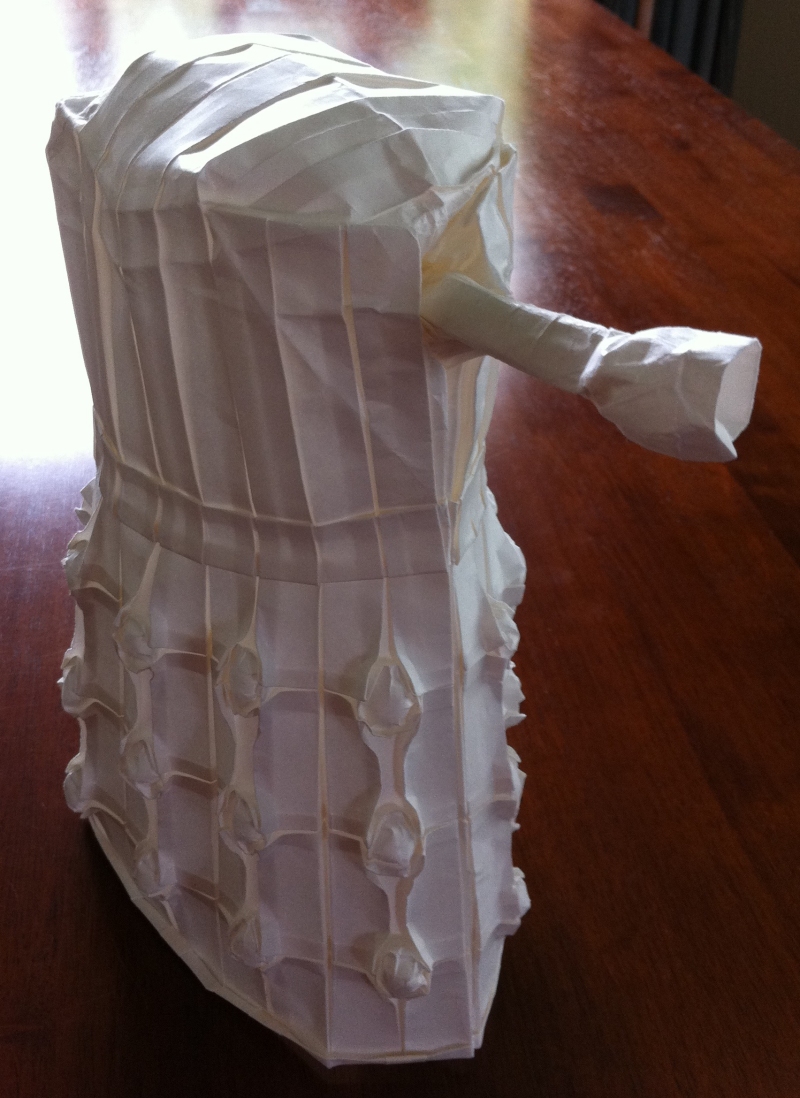 Given this is my FIRST FOLD of this design, and I was working to designs in my head, it was very satisfying. Should I attempt it again I would do it slightly differently, arrange things on the sheet with the final shaping in mind a little better. I think Davros would be proud of my efforts at resurrecting the master race however. Good work if you bothered to read this far, say HI to your mum for me.