It is rare that an idea comes to me so fully formed as this, but I was doodling with a sheet of copy paper and started thinking about forming an organic shape, initially by crumpling (which is sort of cheating) and later via pleats: 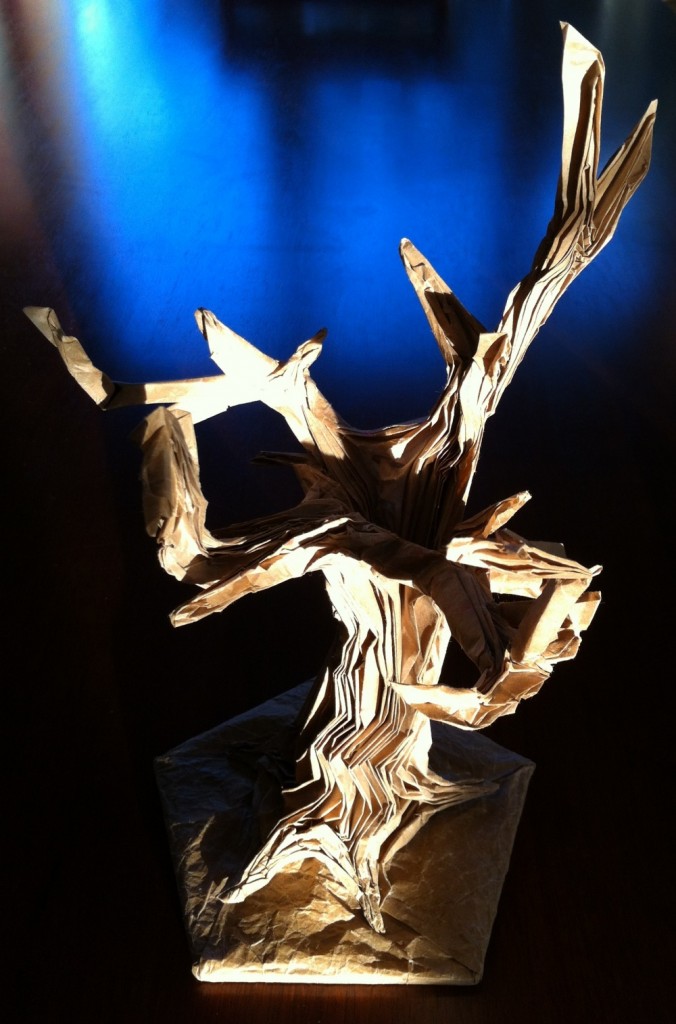 Nature is odd, working in 3’s and 5’s looks much more natural so I decided on a pentagon, decided against a regular one and plopped that in the centre-ish of a sheet. The challenge was to collapse to that pentagon, the theory was that pentagon would form the rootstock and the rest of the paper would be the trunk.

After laborously devising a semi-regular crease arrangement, the sides of the paper lifted, concertina’d into the most lovely trunk and provided enough paper to crimp roots as well. I keep making the initial pentagon too small, and have yet to hit that sweet spot where it is just right, but I am sure there is some geometric rule to all of this, I have yet to uncover it.

Using fairly conventional box pleating techniques (not a thousand miles away from a standard “Elias stretch”) I was able to separate boughs and crimp branches – I surmise with a large sheet I could continue to sub-divide to leaves.

I used plain brown paper (that suitable for baking, I think it is about 40-50GSM, very light, very strong but I would like to try this with a MUCH bigger sheet, and a heavier weight as I think I could form the bark better if it were not knife-edge creases on the outside layers. As it was based on a pentagon, I fashioned a pentagonal base out of foam-core board, covered it in 2 layers of brown paper to stop the white showing through – the outer layer was heavily crumpled to give an “earthy” feel. As the paper is very light, I used a simple internal wire pair, running up opposite internal ribs and up the longest of the 2 branches. This allows me to pose the sculpture a little better and lets it bend over interestingly in gravity-defying ways without fear of toppling.

I had been wondering about preservation of origami works, as I am considering selling them, so I trussed it using poly-string (note to self, use WHITE next time as the pink strand leached a little in the solvent bath) and tried with this model an aerosol-based fixative matt finish lacquer that seemed to soak into the paper very rapidly, dry quickly so it looks like it has not been sprayed and leaves the model with some rigidity. 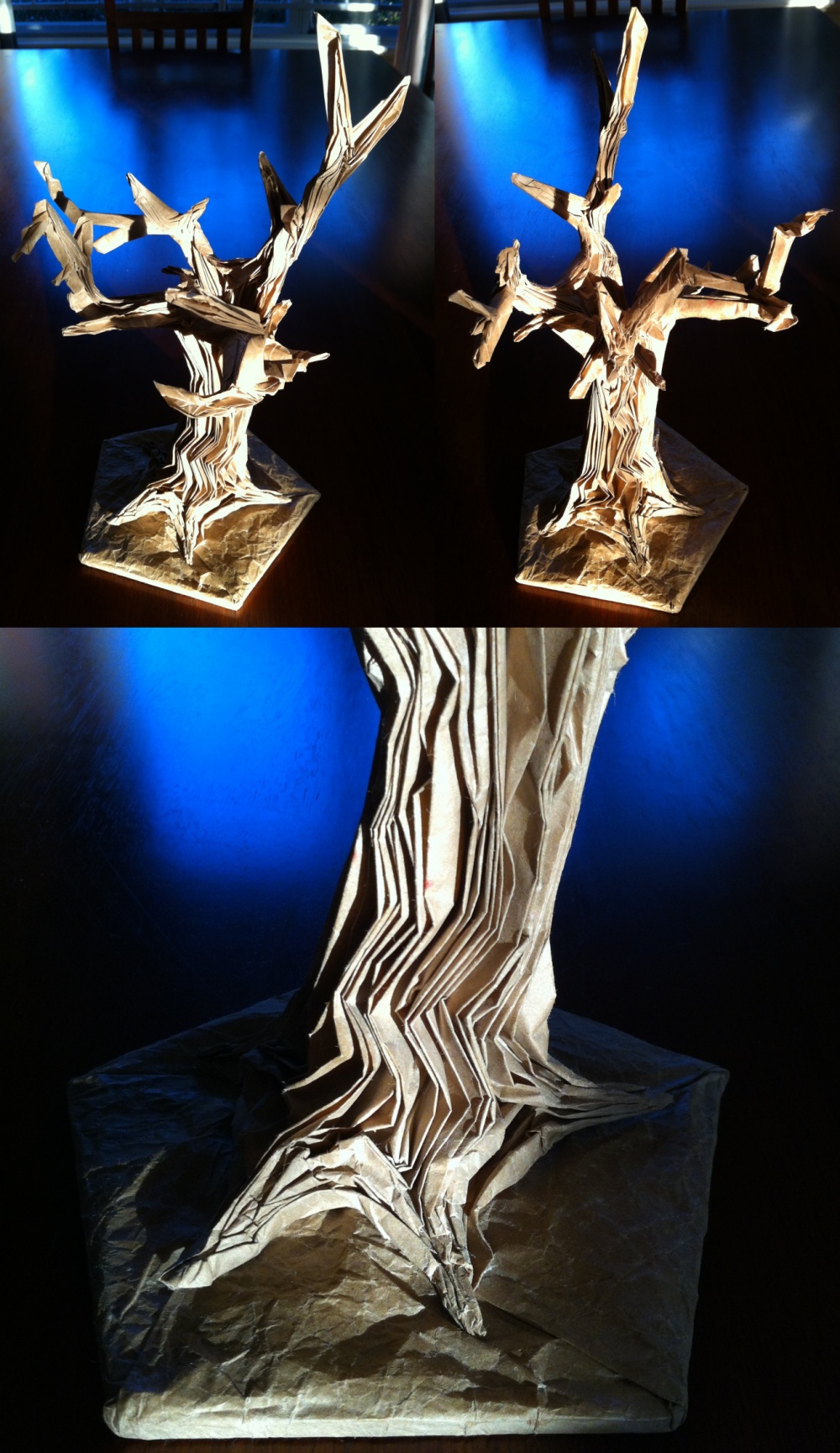 As a first-fold of this production scale, I am very happy with this model and I can see huge potential for future folds, if I can find the paper. The way it is folded effectively “hides” one face of the paper entirely inside the tree, so conceivably I could have green (for spring) or orange/red (for autumn) inside, then tease coloured leaves at the ends which could look very cool indeed.