Curved creases seem to do interesting things to stiff paper. 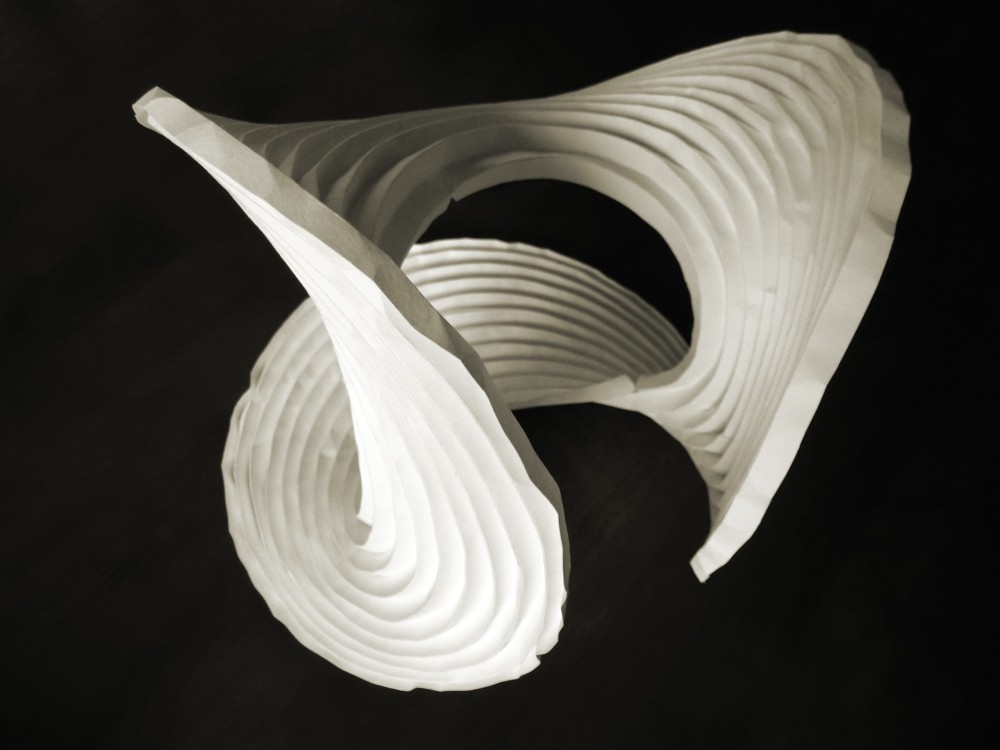 Paper tension that has been tortured by curved folds tends to force planes into curves and distorts geometry in interesting ways. 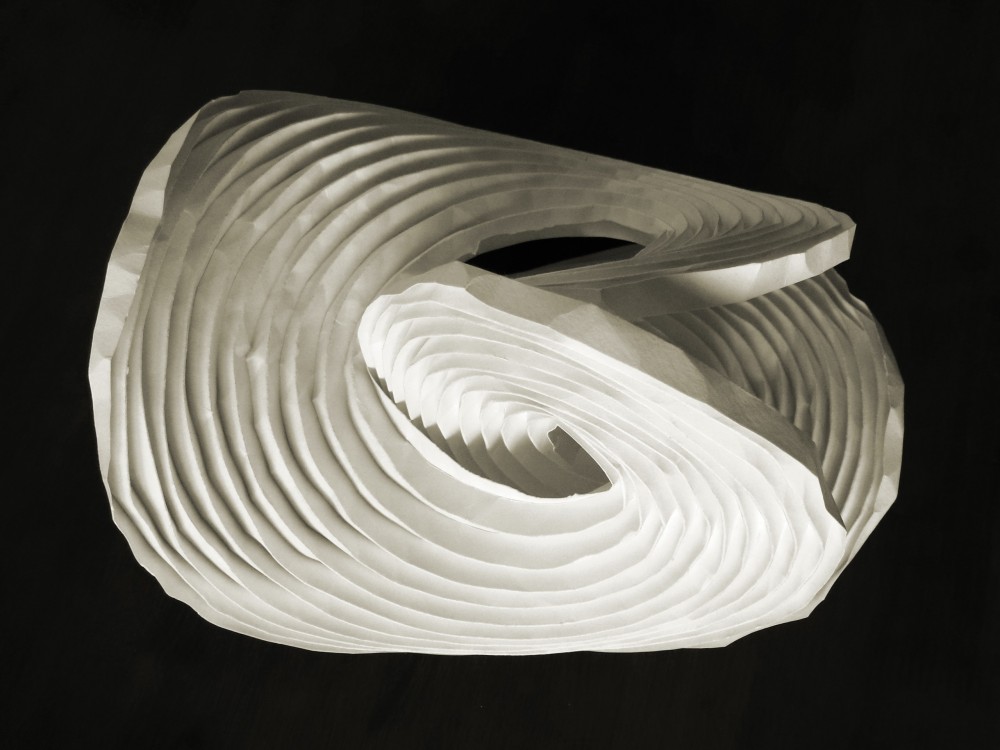 I had a huge offcut of Canson watercolour paper and decided to try Thoki Yenn and Josef Albers “Before The Big Bang” – an odd collection of concentric creases, alternating mountain and valleys. 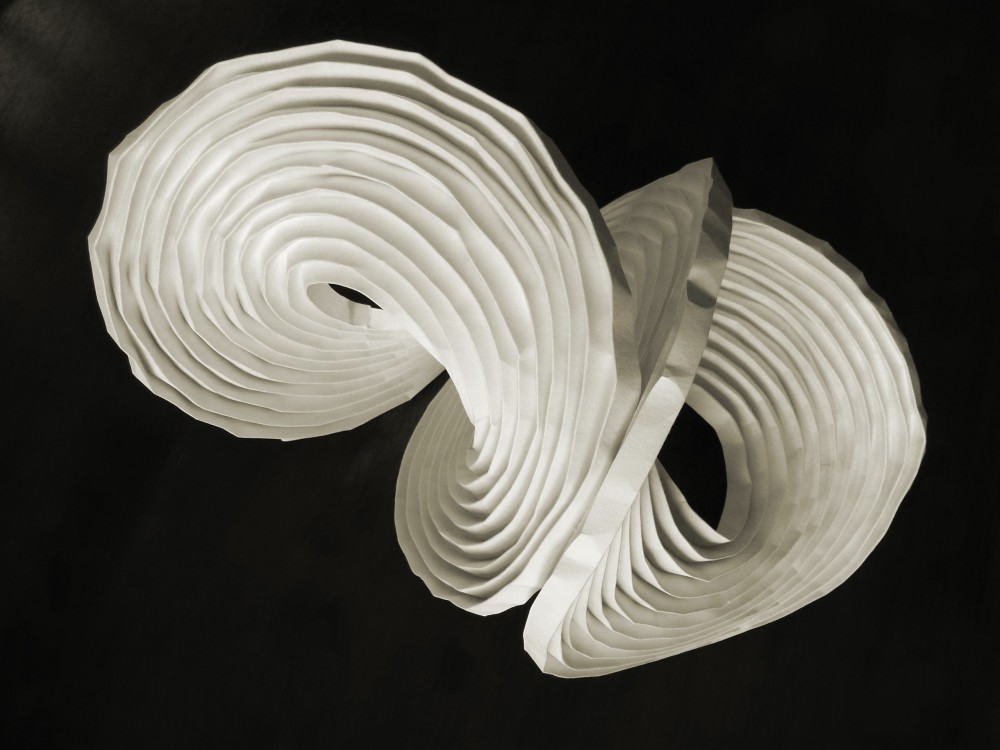 Marking it out using a pencil and a makeshift compass, I had no idea how tight to make the central hole or how the closeness of the creases effected the difficulty in making the form. 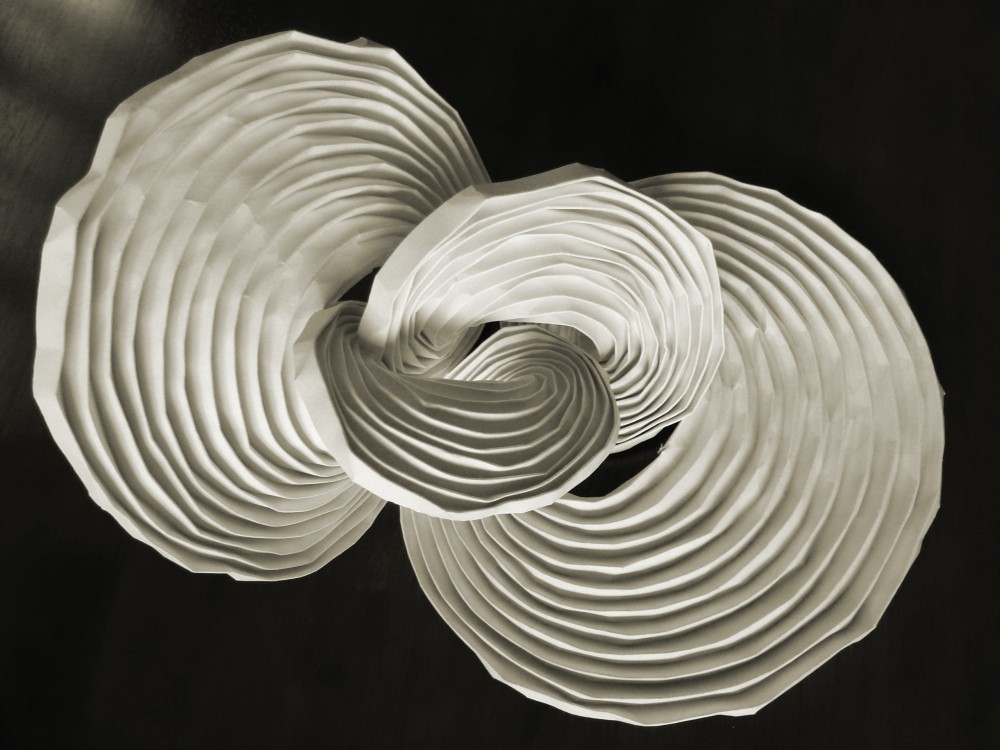 Apparently, the original was much larger and creases were further apart – my guess is they were also smoother and easier to collapse. I used a stylus and struggled to accurately follow perfectly round lines with free-form embossing. 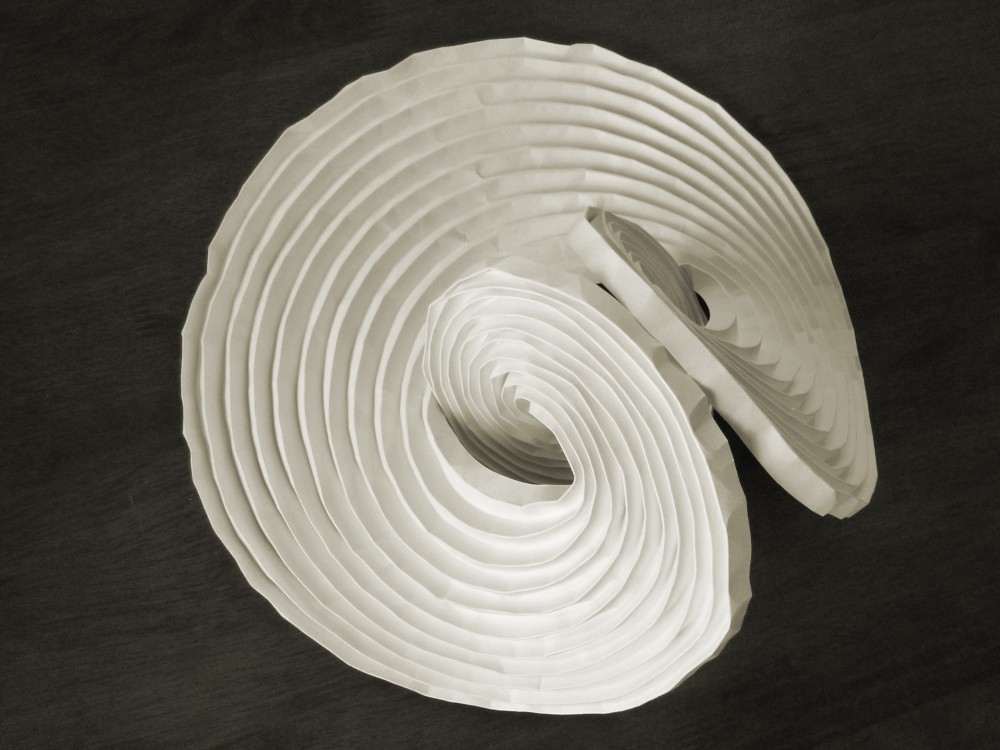 I suspect this slight curve inaccuracy complicated the collapse which, when you think about it, is largely impossible without tying the model up in knots to set circular creases.

The more you mess with it, the more wonderful organic convoluted shapes emerge. Some like a stunning double helix are so tight that, although I can twist it, I cannot photograph it without holding it in place. 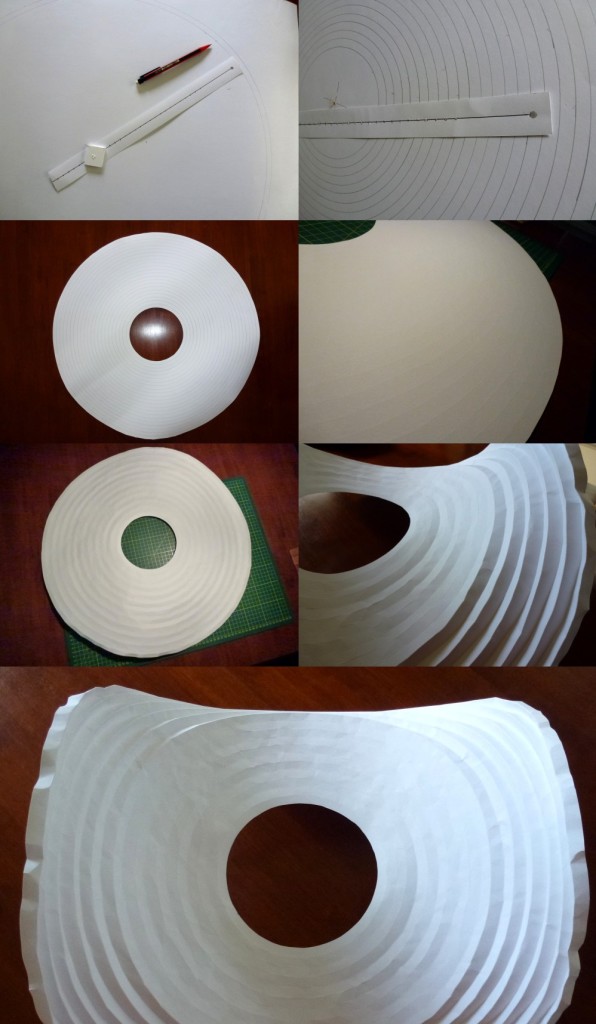 A little paper fatigue on the inner most creases is understandable – the tension and stress needed to crease that tight meant small tears, but I do not think they do not detract from the abstract bit of space bending.

It reminds me a little of a Möbius strip but is importantly different because it does not, as part of it’s structure, have an actual twist. The möbius strip contains a manual surface reversal – tracing the plane it becomes its own undersurface before returning to its original – it actually has only ONE surface (ie the conventions of over and under do not really apply).

Taken from an idea explained in Kunihiko Kasahara’s “Extreme Origami”, this was fun to fold. I wonder if the concentric creasing trick works with other shapes? Possibly worth exploring.