While in regional Victoria, in the vicinity of the Macedon Ranges, it seemed wrong to leave Hanging Rock off our agenda. Back in the 70’s, there was an important Australian movie made called “Picnic at Hanging Rock”: 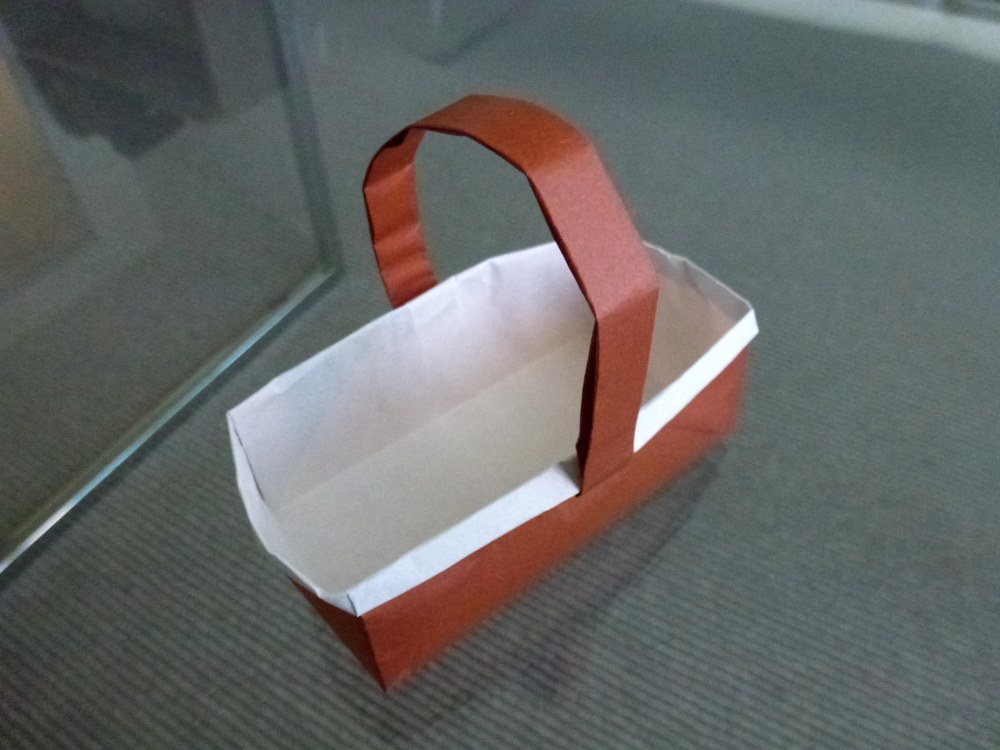 A fiction/mystery, it involved the mysterious disappearance of some school girls at the rock, after they had a picnic. We visited, climbed and were not lost, thankfully, but by sheer coincidence we visited on the 50th anniversary of the book, and also by good chance they were filming a mini-serialisation of the same story in the woods we walked through. 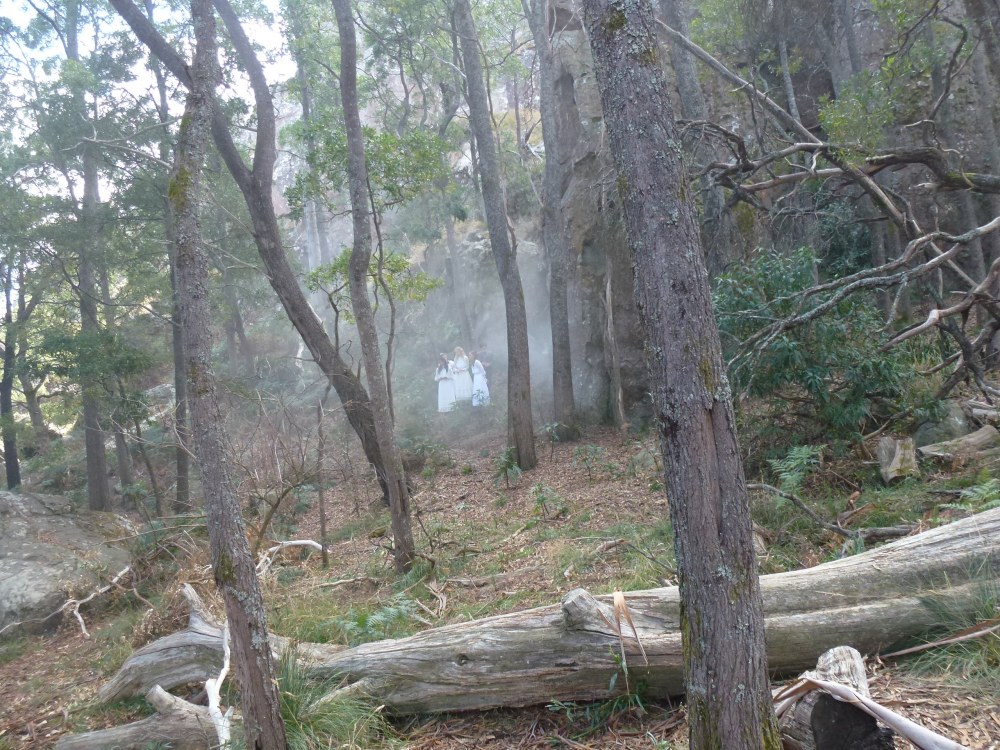 This picnic basket is a half-remembered traditional fold, it started as a square, I spliced 1/4 off for the handle and as part of the fold locked it in place with a turnover at the rim. 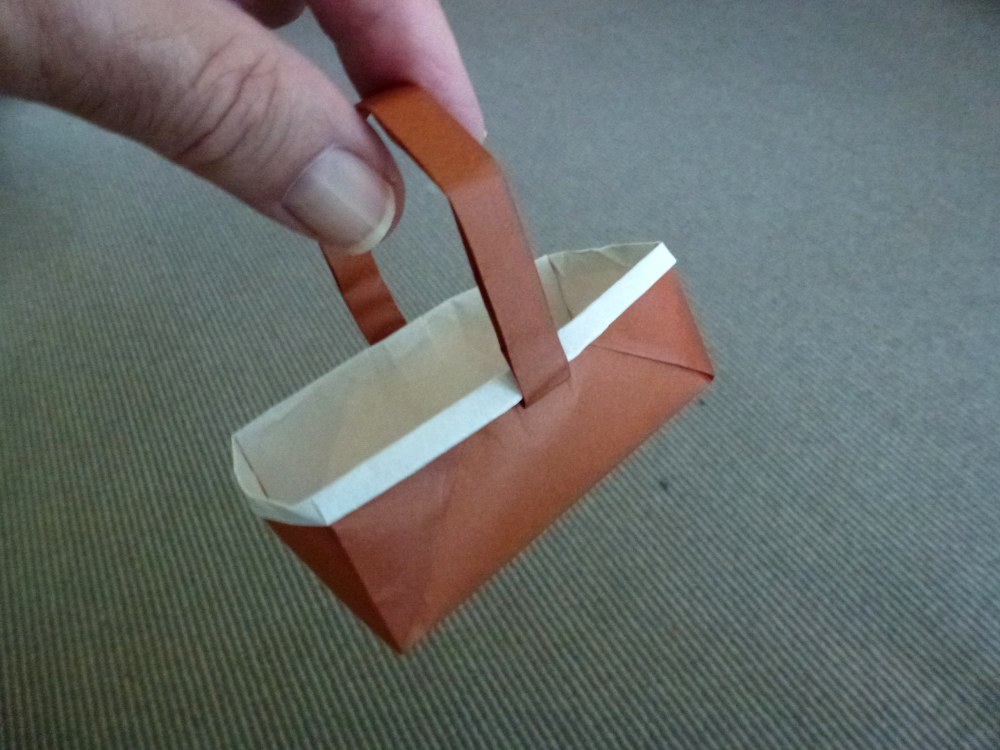 We picnicked, had a lovely day and then headed in to the city of Melbourne.