I am such a fan of David Brill’s work: 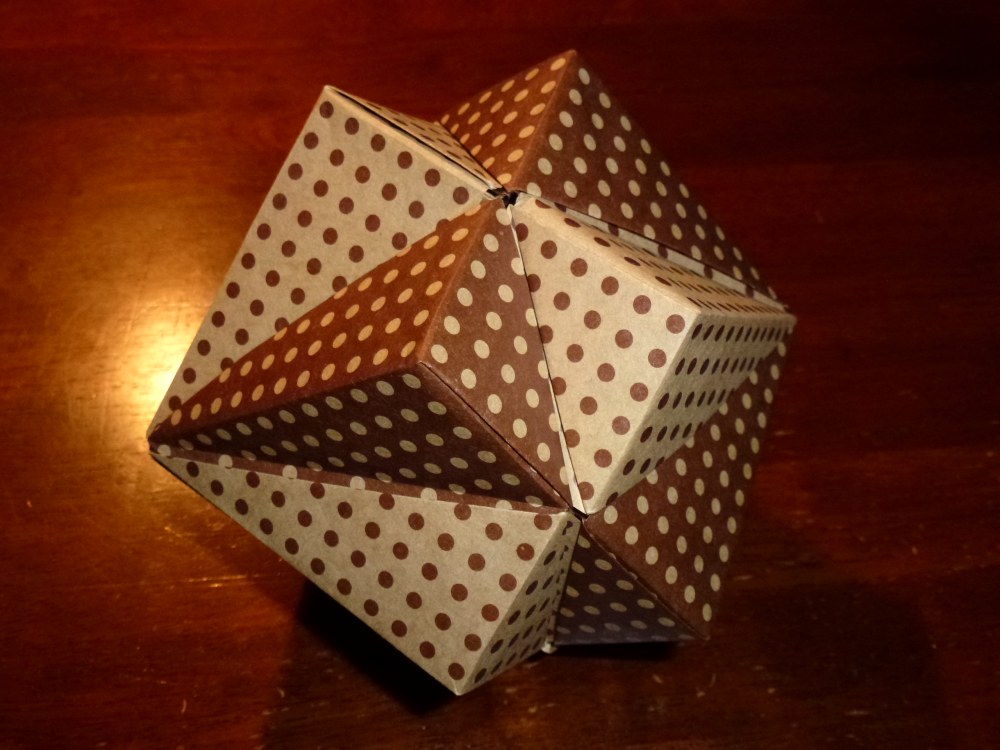 His command of seemingly impossible geometry is complimented by the works of Francis Ow, the designer of the other “Double Cube” I have folded – a torturous skeletal structure.

This model requires 12 modules, 2 colours and some exact pre-creasing.

The module collapse is ingenious, but results in a pair of small flap/pocket combinations one end and a conventional large flap/pocket down a long side.

Assembly requires alternating modules in bunches of 6, then interlocked with colours alternating. The result was much easier to put together than Francis’, but both make lovely sturdy structures. 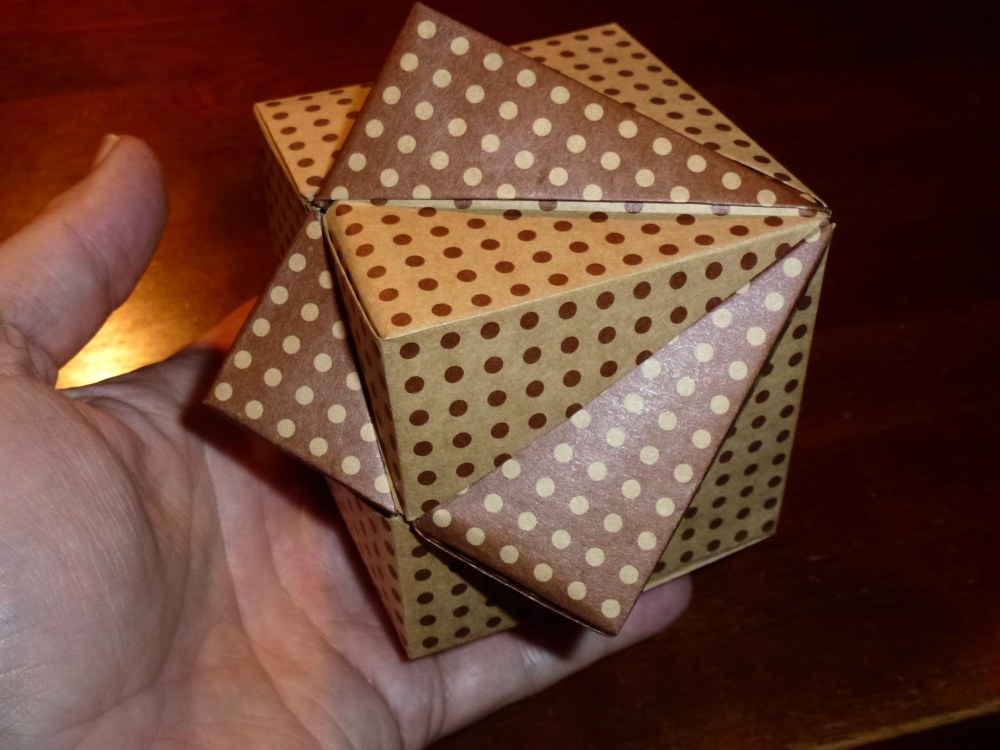 It is fairly brain-bending – initially you see a jumble and then following the colours 2 interlocked cubes emerge – genius.