Returning to Blade Runner, there has historically been much discussion about the humanity of the central protagonist, Deckard: 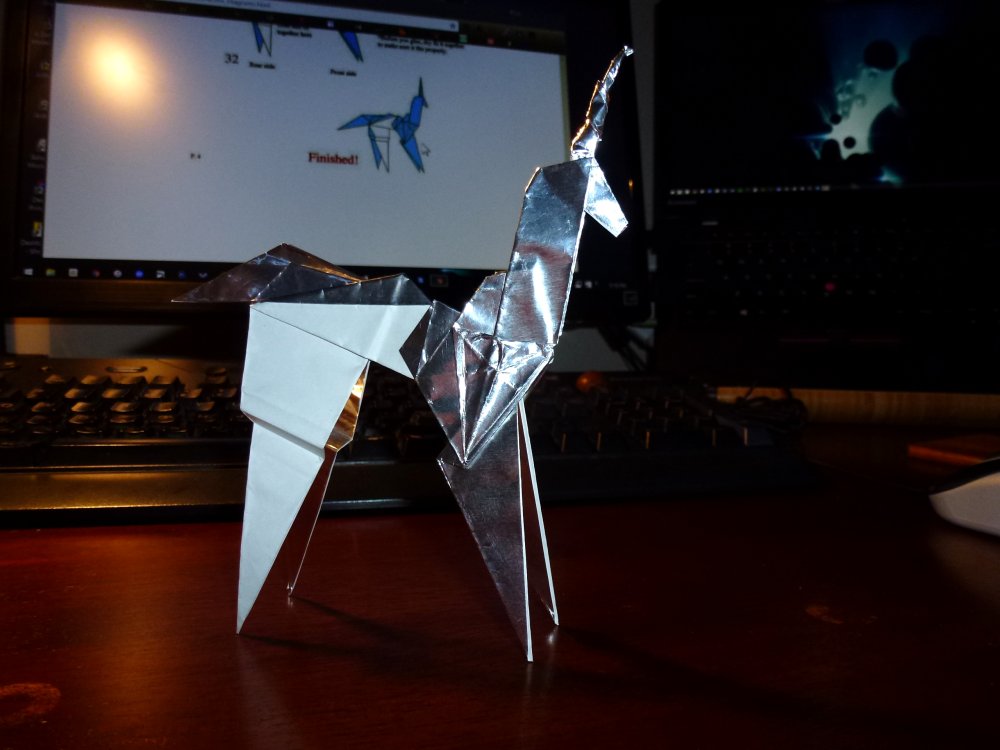 Ridley Scott has recently confirmed that Deckard is a Replicant, a point visually reinforced by his recurring dream of “Unicorns” (unreal beasts).

Near the end of the movie, an origami Unicorn is left at the door of his abandoned apartment, presumably by Gaff (although Edward J Olmos says he was not the folder, Scott clearly liked the idea of the echo of an idea).

No one in the origami community seems to think the model is actually possible as pure origami – I agree. This model, physically a match for the filmed model needs 2 buts of paper and cutting and glueing. It is supposed to have been folded from a single (?) gum foil wrapper, and, yeah – no. 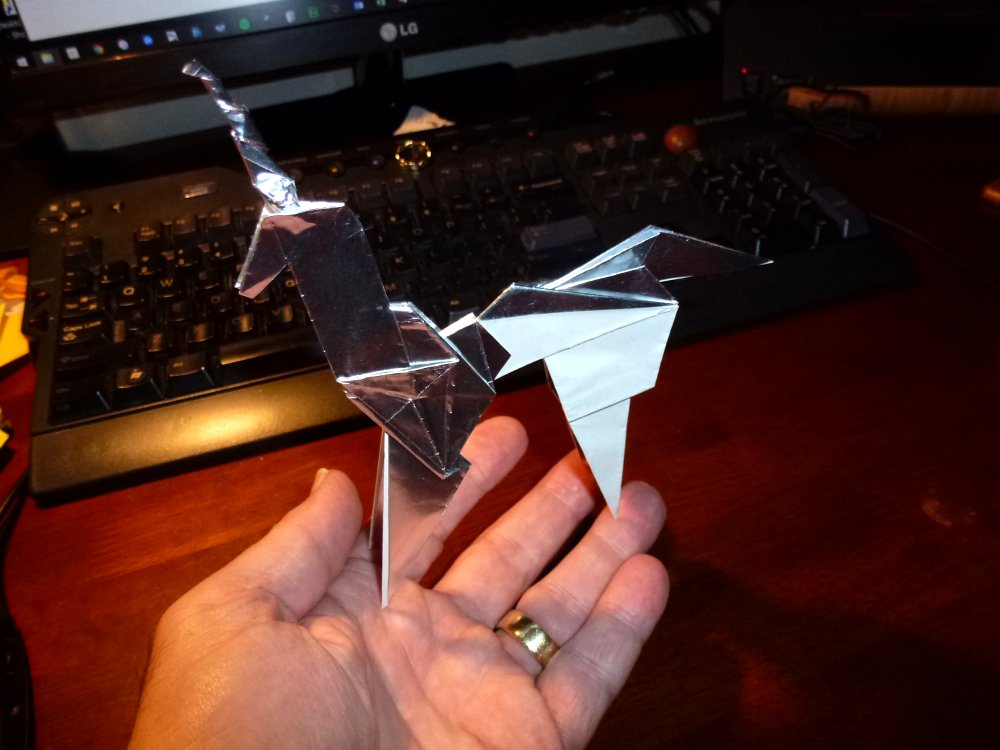 I made this bigger than it was, because … reasons.