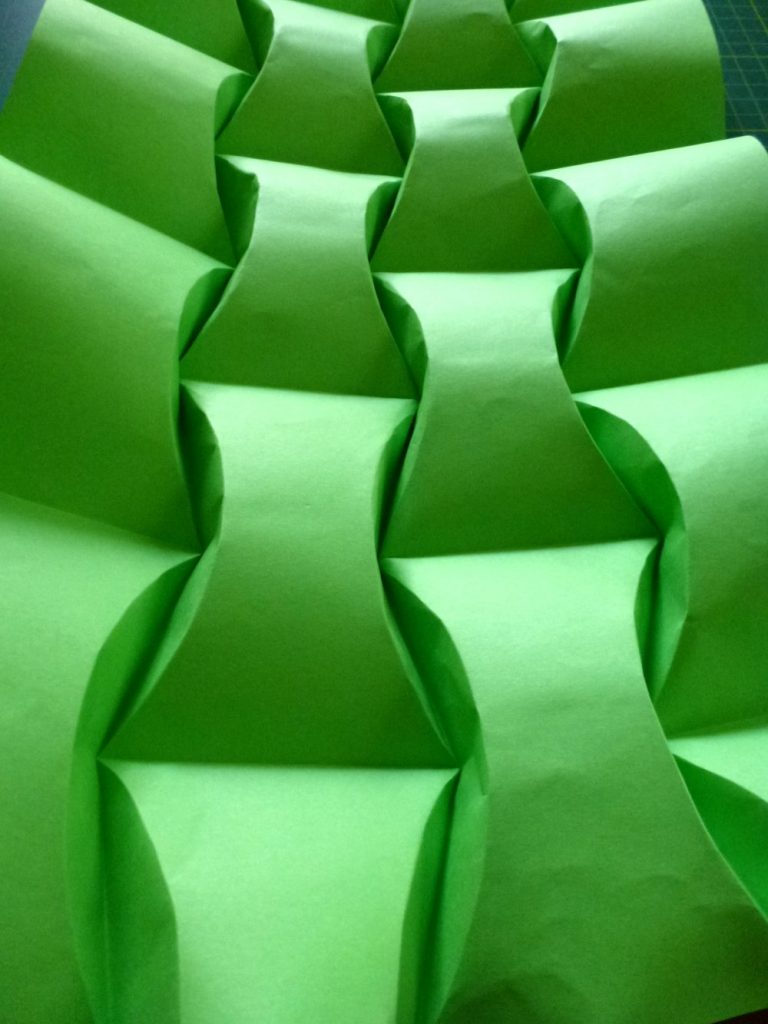 You get a sort of waterbomb base forcing one trough deep into the arch of an adjacent fold – when it is tidied up it is fascinating – I could see uses for this as an interesting textural pattern or ambient light panel as it makes funky patterns when backlit.

This has been in my “must try” pile for ages and I have a few more curved fold ideas to play with also. 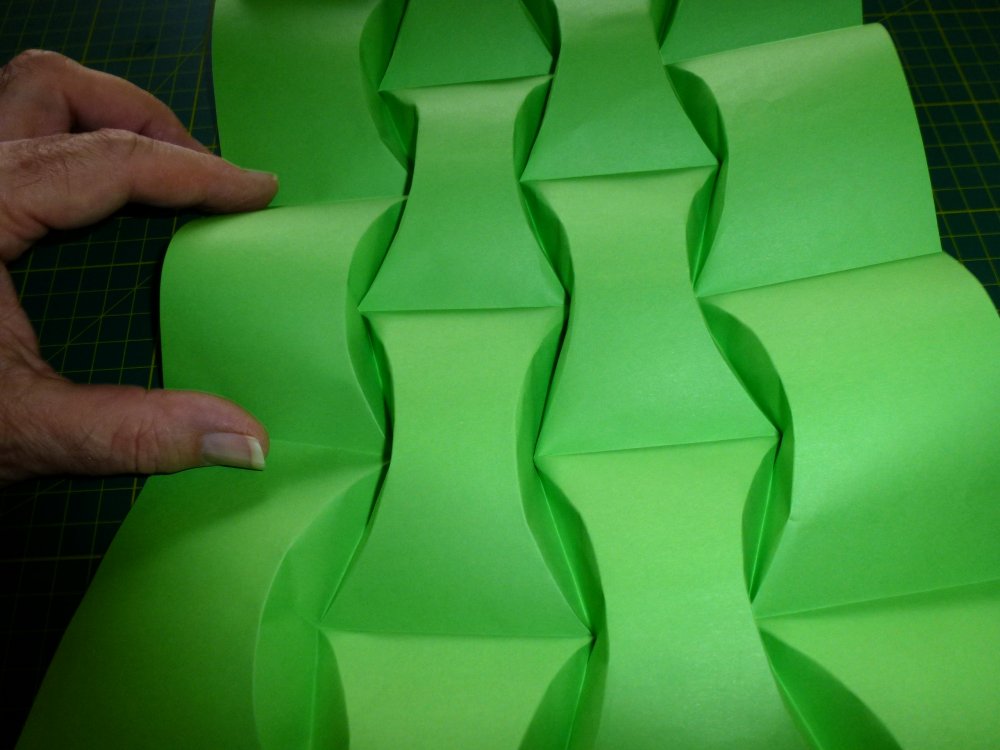 I cut a parabolic template based on the size of the grid I free-formed from regular divisions. I think the trick is to sharpen up the curves without unduly distressing the other surfaces, then you get this delicious waveform. Fun fold.