A Wet Bath and a visit to the Underworld

After a wet night, we awoke to grey skies and blustery drizzle but were determined to see as much of Bath as we could. We walked up to a local bus stop and community bussed into the city centre. This places huge and quaint and most buildings are faced with a soft limestone unique to the area. The buildings are a sort of dirty cream colour, the stone is so soft that cleaning it abrades it so most do not. 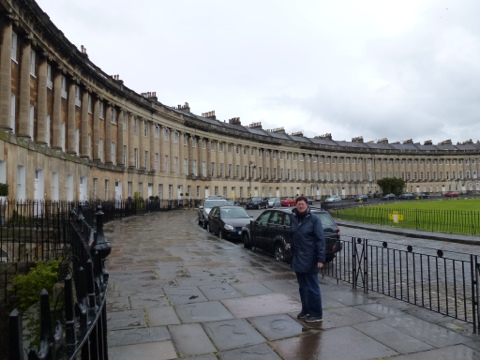 We walked around the Bath Abbey, a glorious towering church (apparently the third on that site, fashion changed with faith it appears) and then joined a lovely little old lady who took us on a walking tour around significant parts of the city. 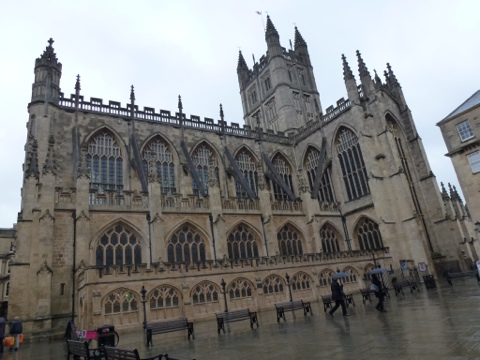 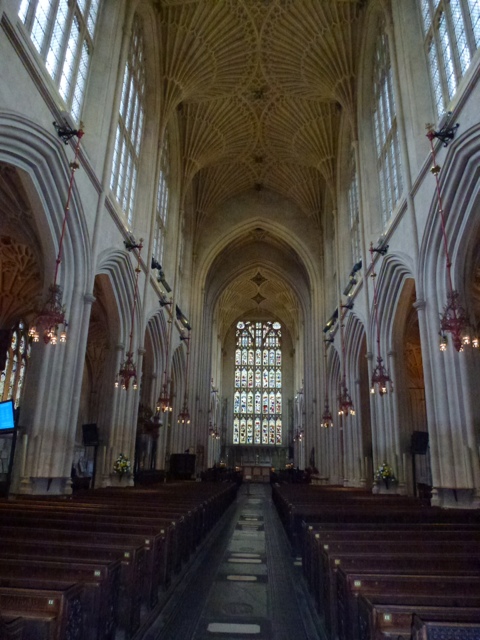 It rained, blew a gale and was freaking cold a lot of the time but the tour was very interesting. Our guide, a local volunteer, was very enthusiastic and it was a great way to get to know something about the city and the people who lived/made and designed it.

After nearly 2 hours of trudging in the rain, we left the tour and headed for the Marlborough Tavern. It was Anzac Day, so a pint of best bitter was had for the lads. We had a stellar lunch (lentil, coconut and chilli soup followed by our mains – Jo had mussels and I had a burger – delicious). 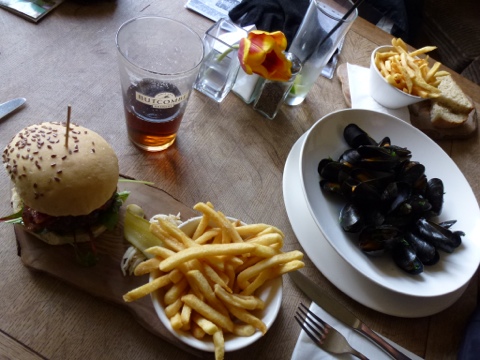 After re-tracing some of the tour to take photos, as the sun had sort of made some appearances, we ended up at the Roman Bath. From the outside it is a small building that is not very impressive but I am so glad we went inside.

BELOW the streets of bath is a roman town, under the bath building they have excavated these ruins and we were able to walk through extensive areas of actual roman road surfaces, temple courtyards and bath rooms, hot rooms etc. It was just amazing. 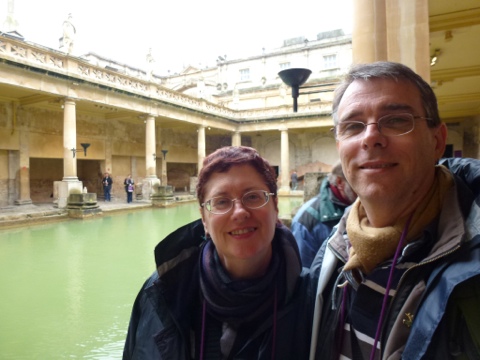 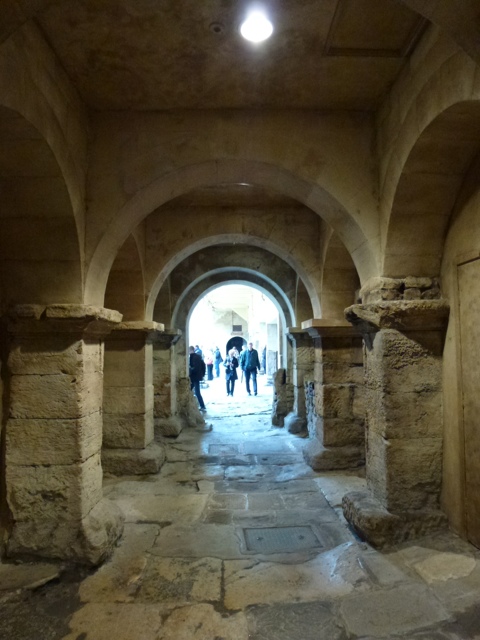 The main bath, still fed by hot springs is impressive, and the associated rooms were really interesting. We had audio guides which made it all the more informative. So glad we went (as we had contemplated just going home and thawing out)

After a little shopping, we bussed back to Bathampton and made diner, then re-organised out bags for the series of B&Bs we have planned for the Cornish coast starting tomorrow. We retired to bed exhausted. Long but interesting day. 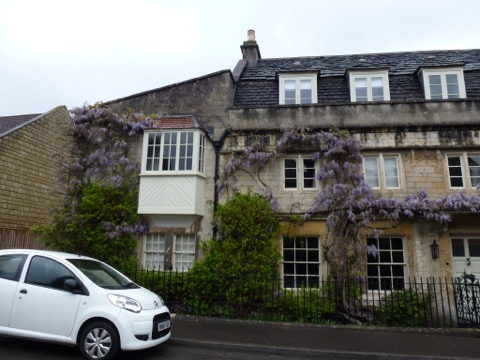