Much of our central Australia adventure centres around sunrise and sunset – viewing Uluru and Kata Tjuta at both was a priority as we were led to believe there were spectacular colour changes to be seen. 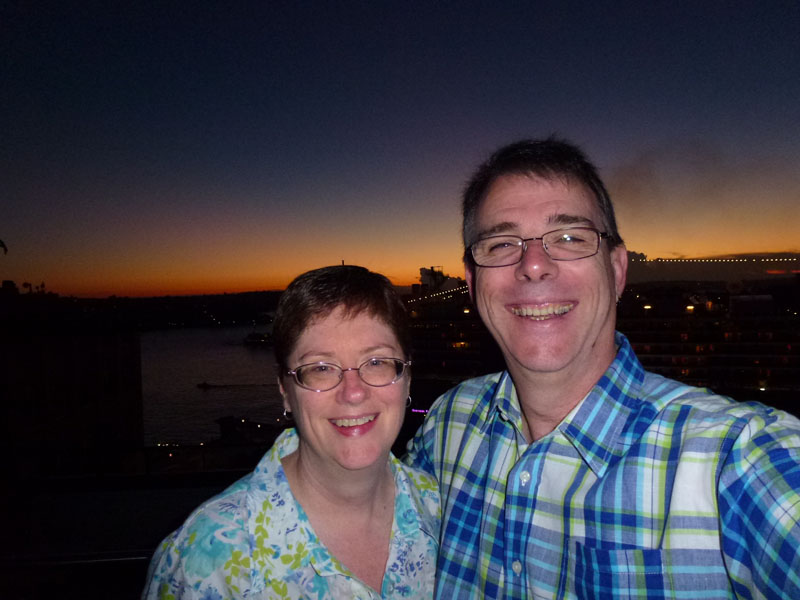 The only issue with that plan is that our days so far have been HUGE, starting really early, finishing very late. Coupled with the complication that our hire agreement really does not let us drive in the dark (apparently you hit wildlife then, who knew?) so we have been up at sparrow’s fart most every day so far. 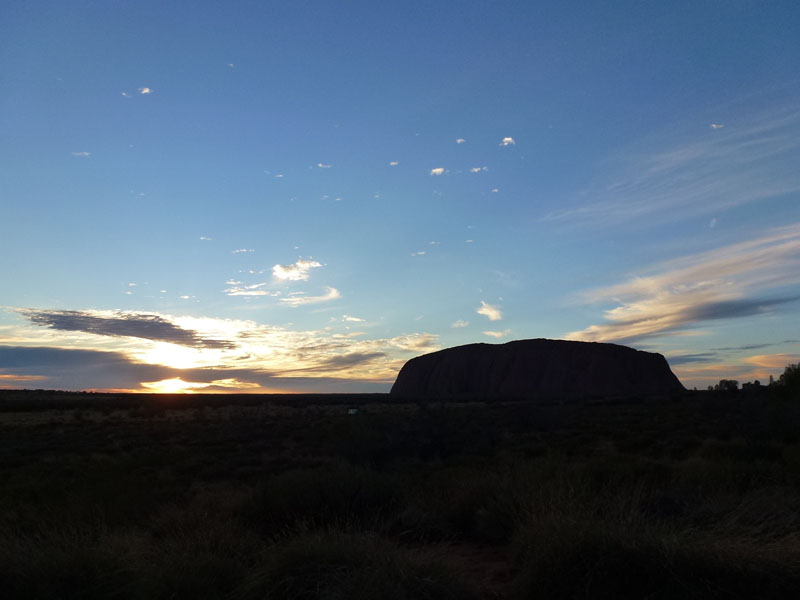 Our anniversary day we wanted to see sunrise over Sydney Harbour

and sunset over Uluru, both of which combined for a pretty special day. 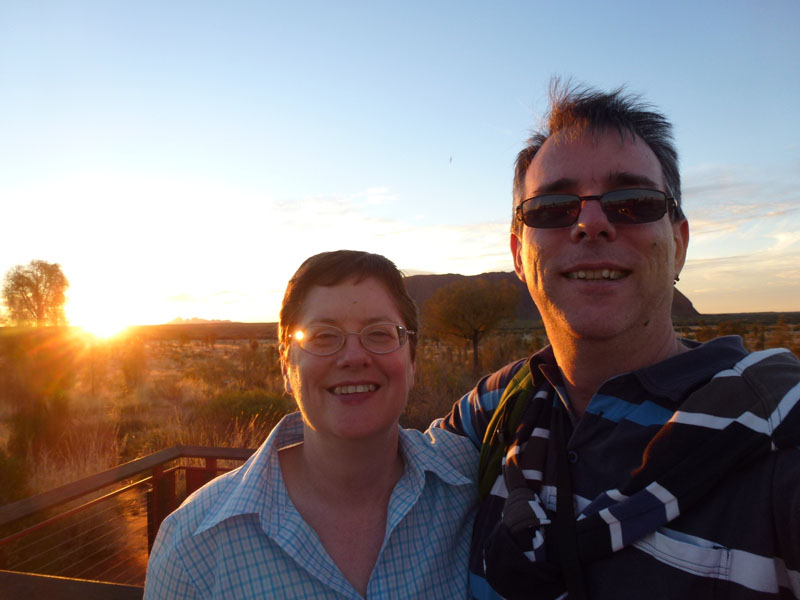 Our sunset was less magnificent that it could be (ie. we managed to observe the rock stay pretty well the same colour the whole time due to odd cloud cover and diffuse light because of that).

We got up to see the rock in silhouette and Kata Tjuta (The Olgas) lit by morning sun, having breakfast amongst the flies which was actually pretty spectacular. 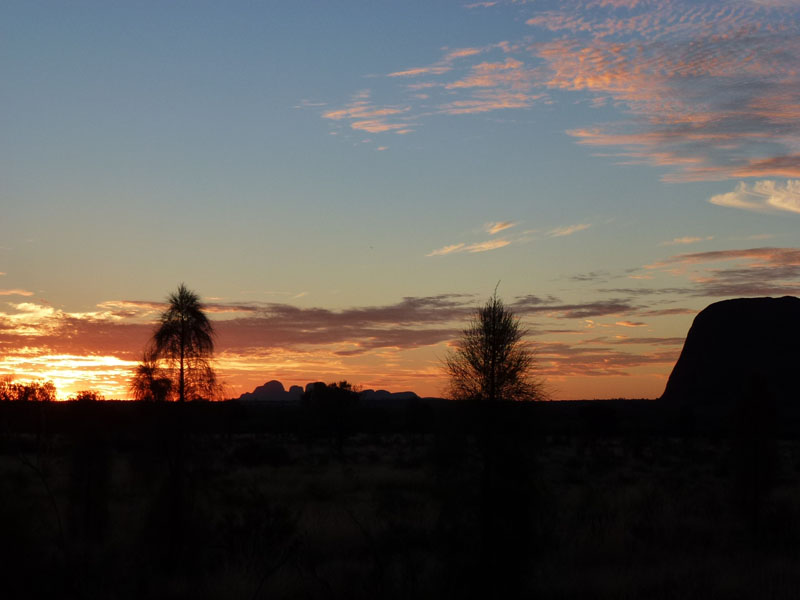 You get a sense of how HUGE the skies are out here, how monumental the monoliths are, and how puny us humans are in comparison – nice one natural landscape.