Now in bygone eras (and magical schools) people used to sharpen a goose feather, dip it in ink and write with it – they called this contraption a Quill: 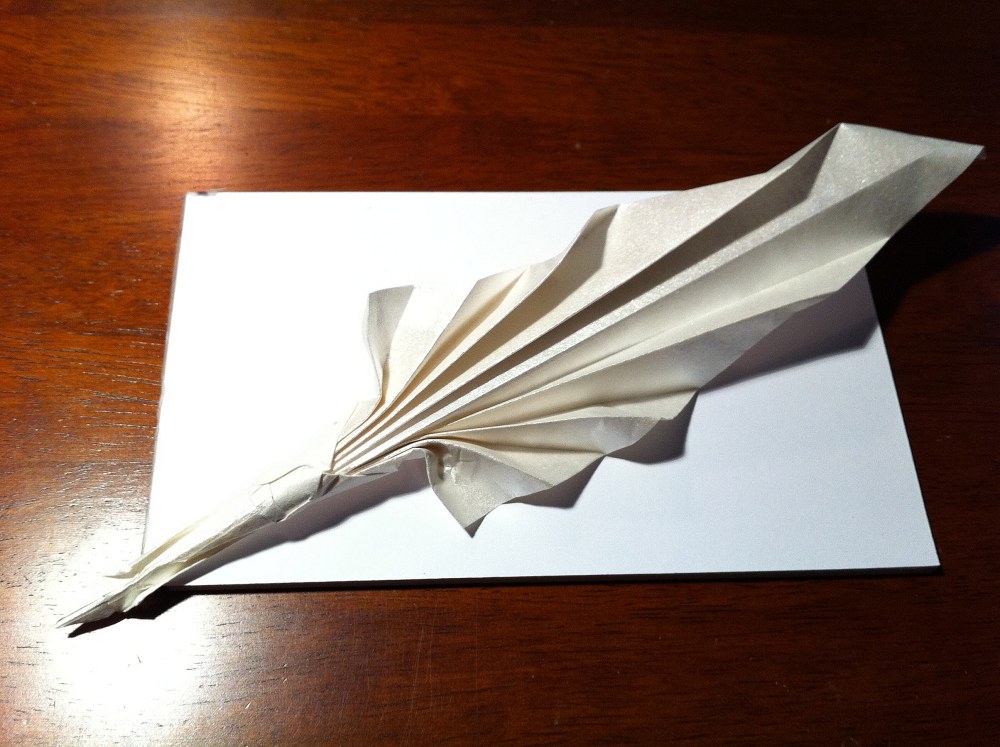 I was browsing for feathers, no iea why, when I stumbled accross a Vietnamese origami forum that had a rather lovely feathery pen thing, so decided to inflict the design on a nice piece of pearlescent white paper I had 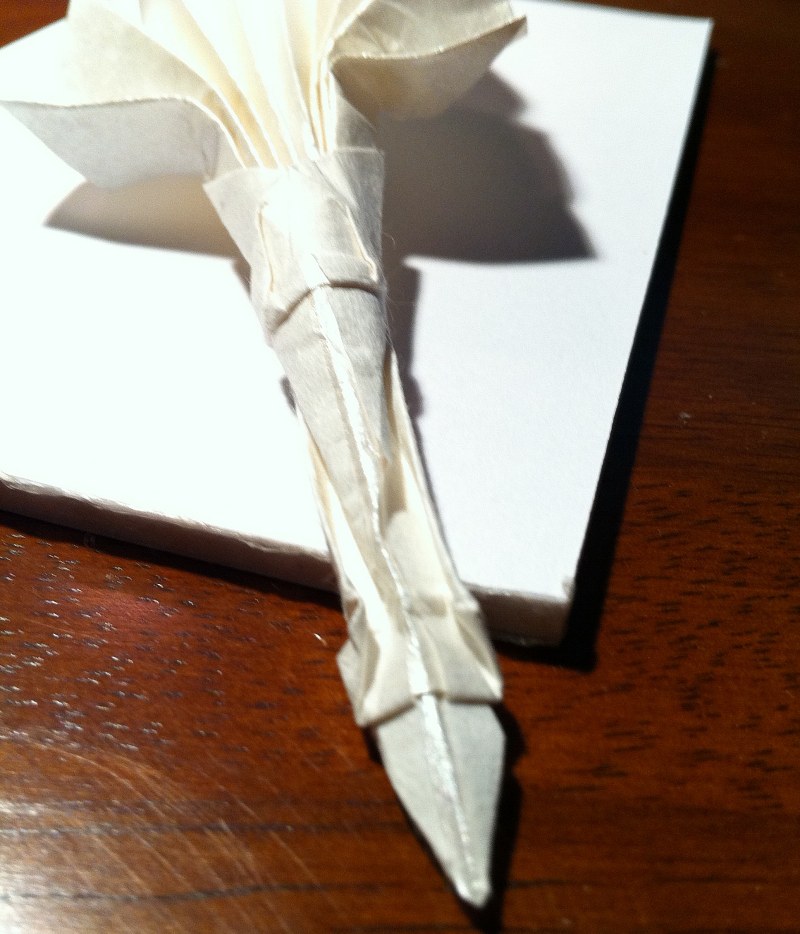 fairly simple fold, with some fiddling around to get the nib shapely, in the end quite a nice fold. 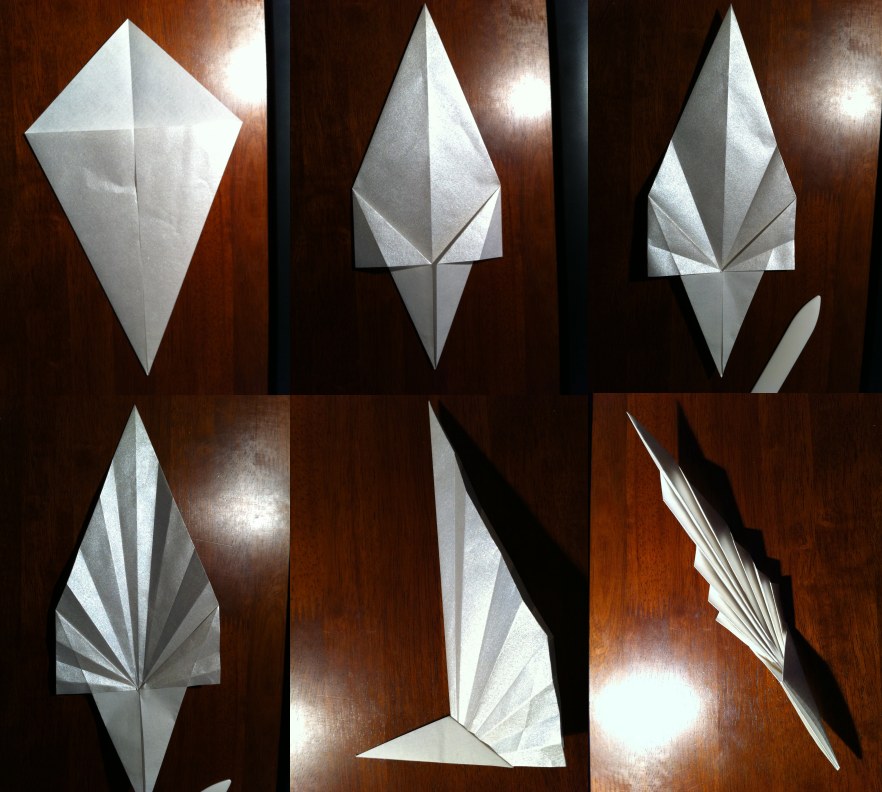 Why a quill? Well, we are hours away from some announcement or other from J. K. Rowling about the Harry Potterverse, so I thought it appropriate.