We live in a fairly quiet suburb and we like (not often enough sadly) to go for walks – as do dog owners who do it as much to get some exercise as to “empty their pet”: 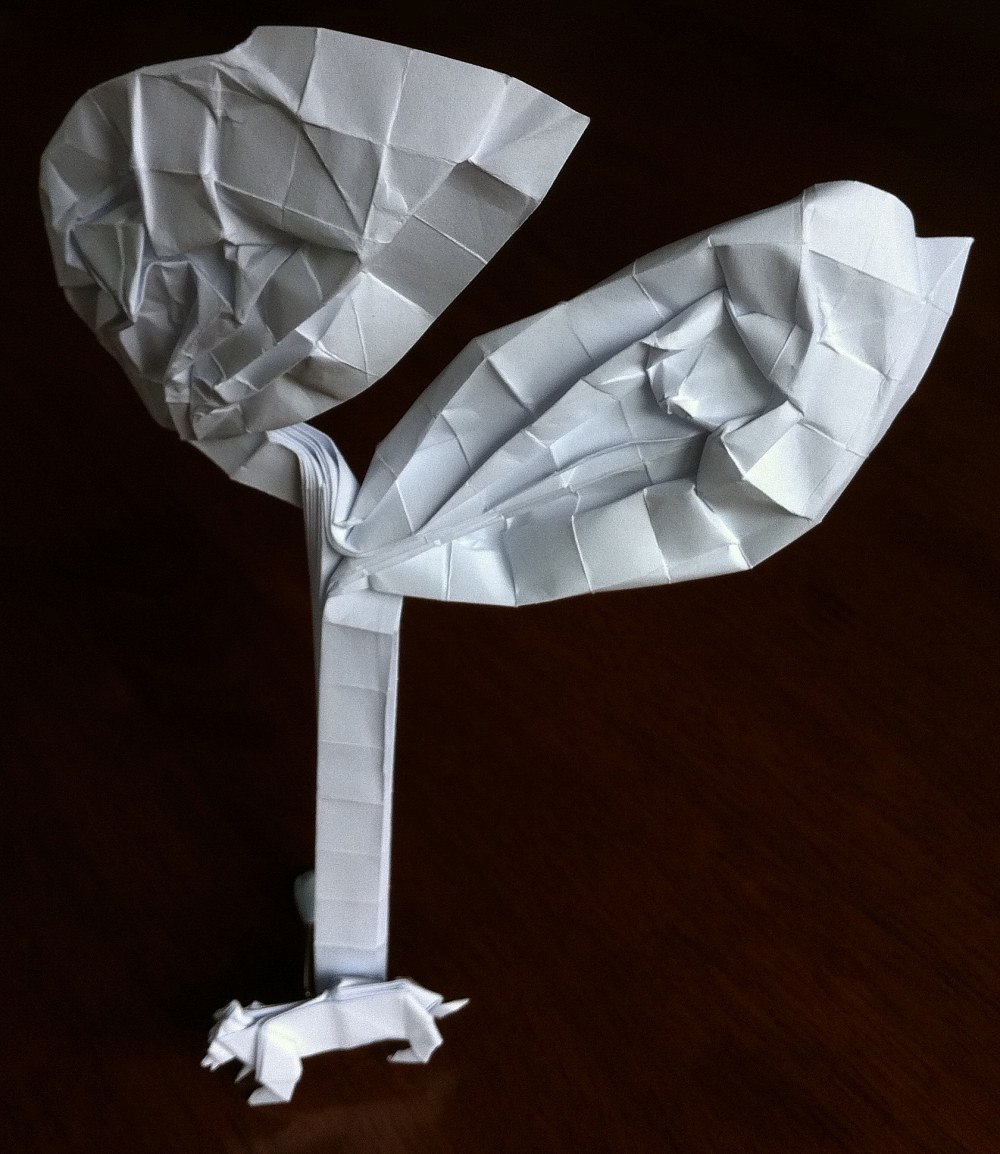 I saw this exercise in box pleating and thought it had promise – starting with a grid of 24ths, you collapse and form a dog with leg cocked. 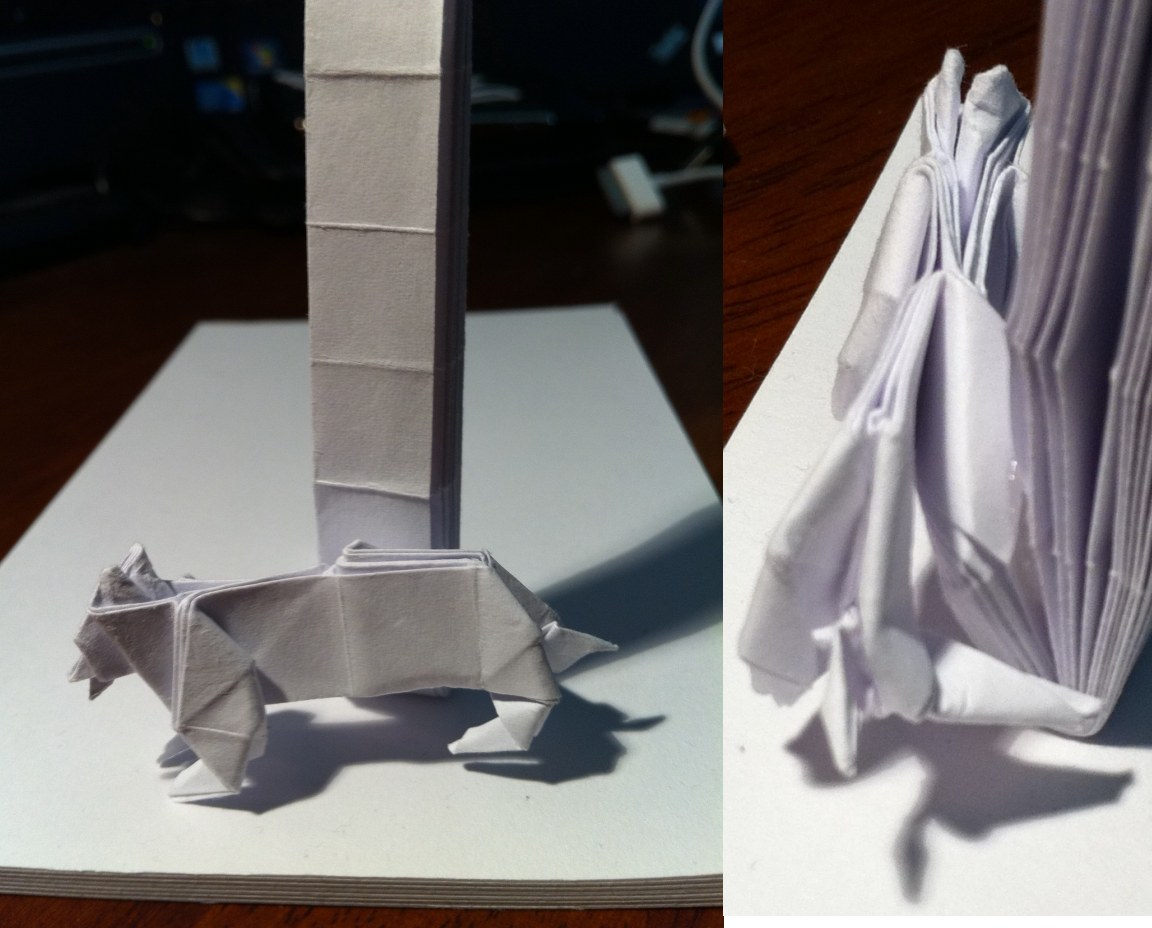 The tree (as per the instructions) was merely a fan – I thought that a bit boring so added some extra pleating to make a couple of branches and proceeded to add a fork in the trunk and some semi-crumpled foliage. With a little more crumpling the shapes would be nice and soft and gum-tree foliage like which is what I was aiming for. 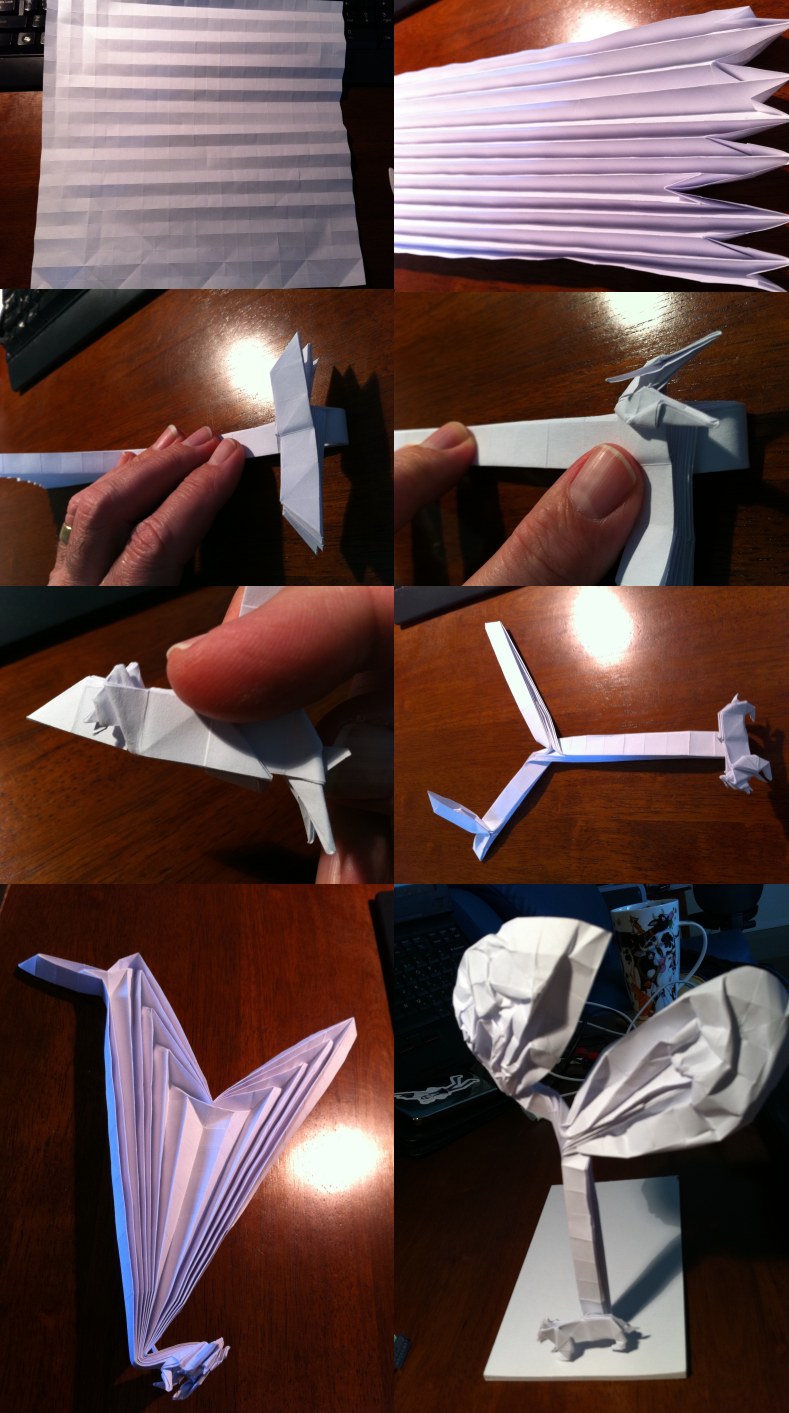 I left it angular, as homage to the original design and to make it explicit what I had done to modify it – love it or hate it, I am pretty chuffed it worked given how fiddly the dog was. The little wee doggy has nice ears, an open mouth, four nicely formed legs (one lifted against the tree) and a floppy tail – nice.

One thought on “198: Walkies (aka tree watering time)”