I have folded a few dinosaurs, some have been simple but this little beauty has a good body shape and a fab head: 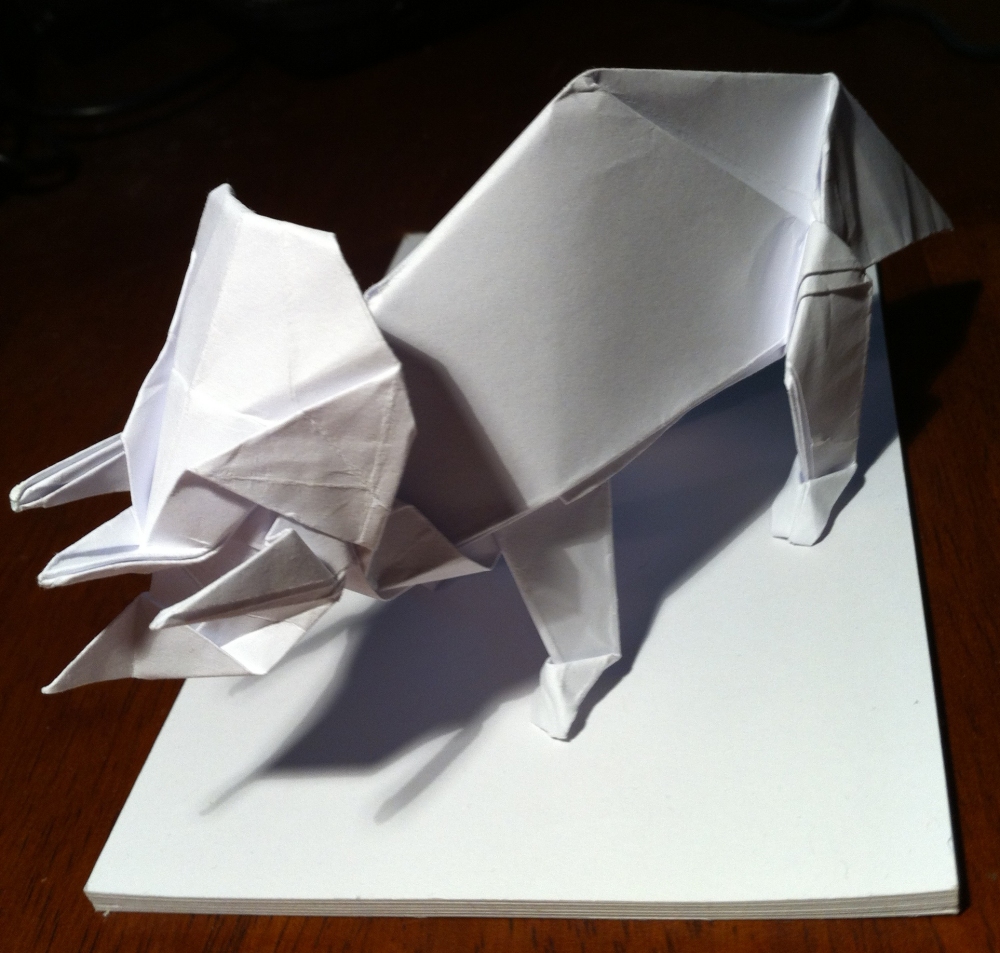 This is Jun Maekawa’s Triceratops – folded from his book “Genuine Origami”. There is something calming about folding a Maekawa model – I needed calming down as I had a model fail today – some super complex one with Russian instructions that made only partial sense.

I discovered Maekawa’s work relatively late in this project – there are many more in her collection that I would like to try – his models seem to have a “character” to them, difficult to isolate but her style is evident. 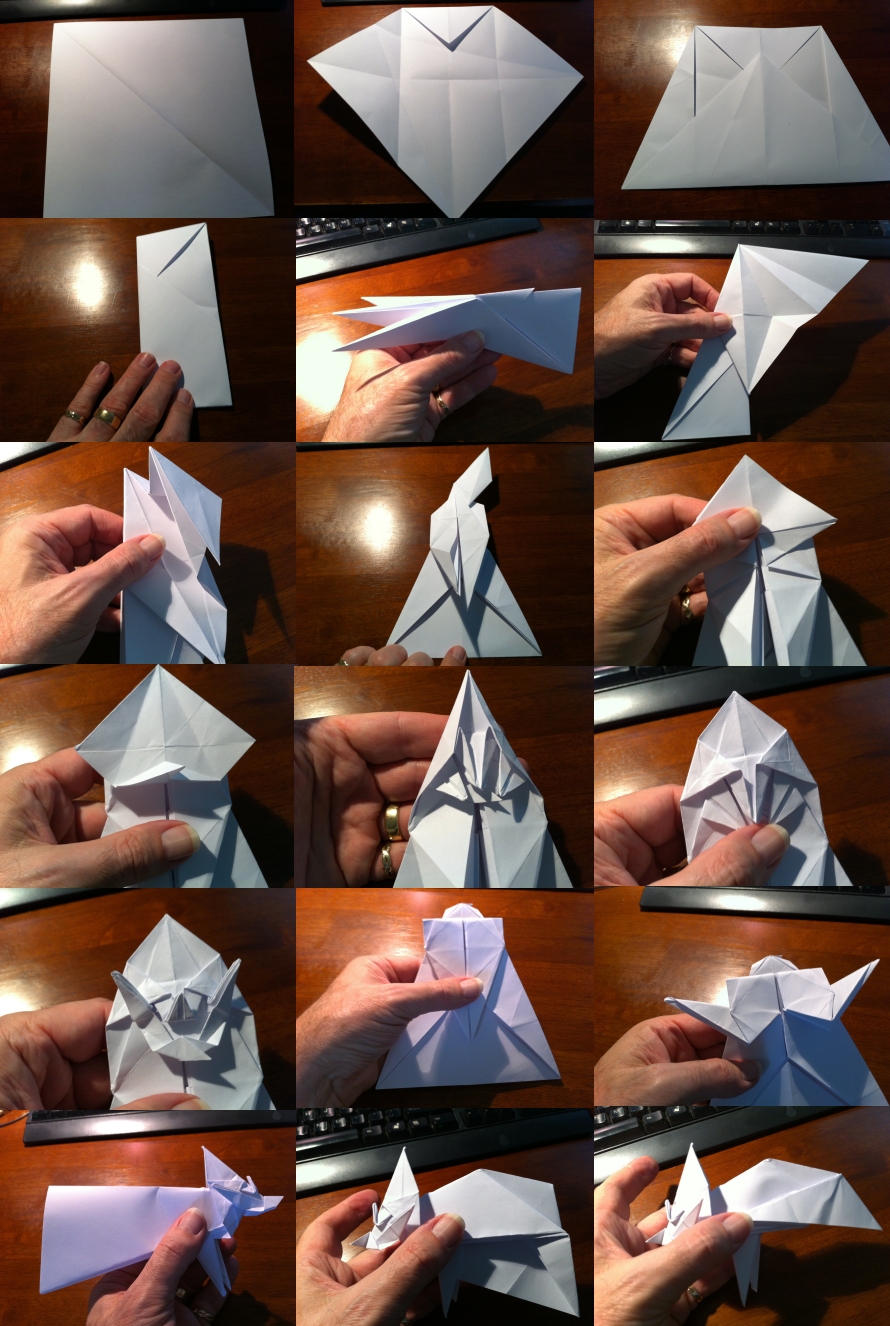 Near the end of a massive project – holiday time will see a mix of complex, ball-breakingly super complex and simple, I suspect – depends on where my head is at. I _want_ to pretend I have had a plan but, honestly, for the most part each day I decide there and then what I feel like folding – as evidenced by the mostly blank spreadsheet ahead of the day I have just folded. I like that tension (except when I arbitrarily try something too hard for me – you get that).

Very disappointed with the auction idea – after so much encouragement, to receive only 3 bids so far is disheartening and very depressing, thinking of abandoning the whole idea (and 4 of the 12 voices in my head are urging me to return to the bonfire idea) – you get that I guess, Internet “interest” is different from real interest in many ways.