Although I began folding paper when I was 11, I peaked at about 13 (back then, in my own mind) by mastering Jack Skillman’s “Jackstone”: 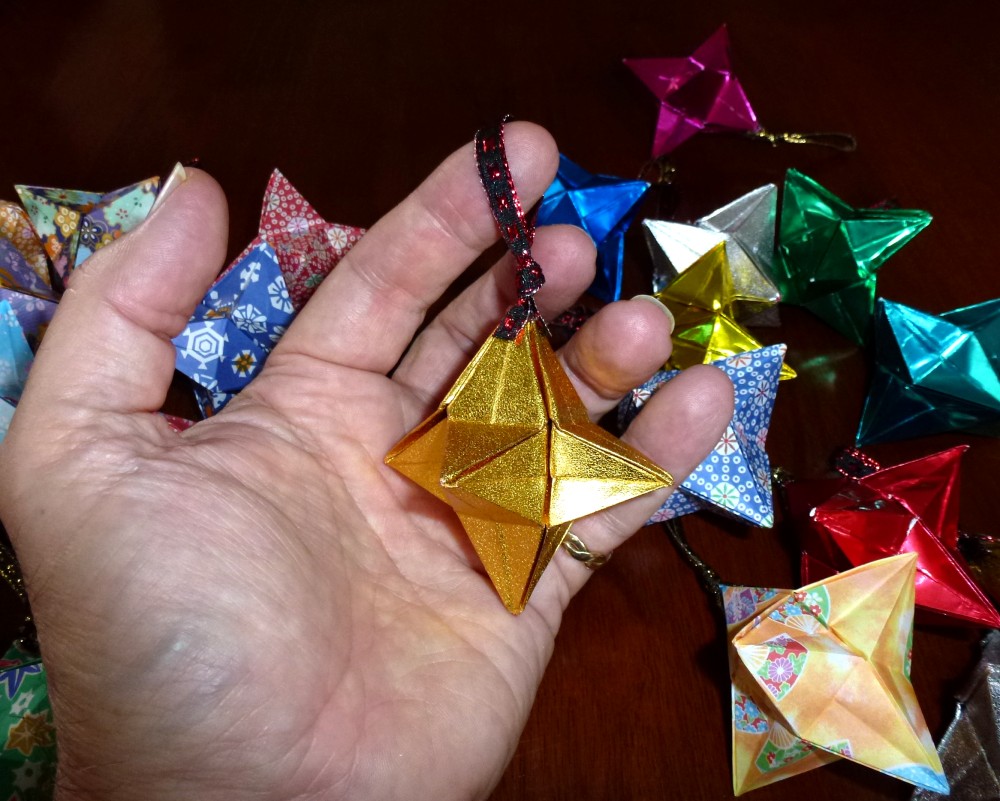 I had bought Robert Harbin’s Origami book series, the model featured in book 2 at the back which meant it wqas hard. It seems the Jackstone was at the time a measure of the complexity of the art and, strangely, the geometry made sense to me – so much so that, for whatever reason I committed it to memory and still fold it today. (read Dave Lister’s BOS account of it) 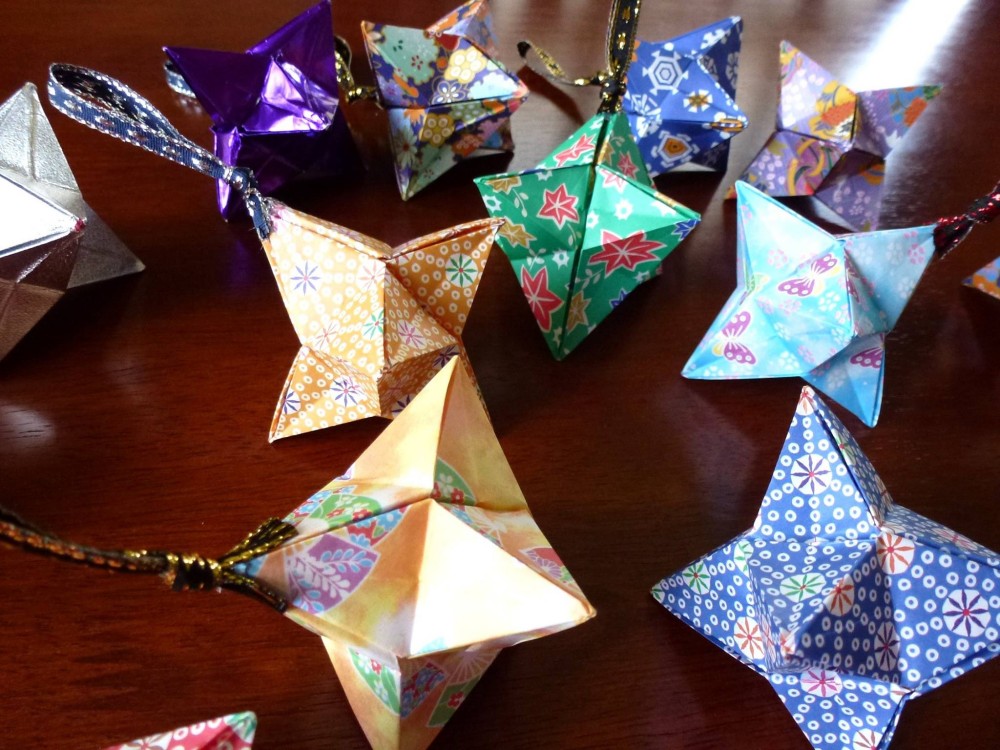 It is a masterpiece of pre-folding – that you unfold, turn inside out and collapse along existing lines – the magic still delights and fascinates me to this day.

Starting with some Chiyogami and Japanese foil (not used this before – really hard to fold cleanly) in 15cm squares, the finished fully 3D 6 pointed star measures about 7cm tip to tip – a little folded miracle.

Using a hot glue gun, I fastened short lengths of knotted ribbon to a point (the “untidy one where all the paper edges coalesce) and we end up with a lovely tree ornament that we have been using on our tiny xmas tree for years. 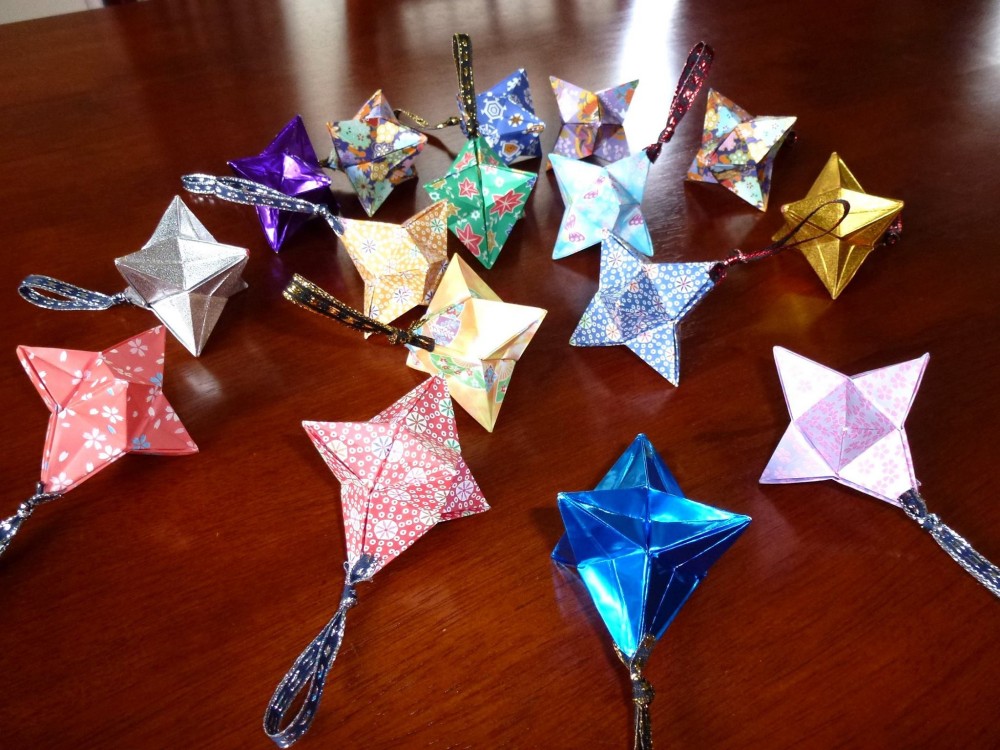 Time to scale up and see if anyone else wants them – another paper product to sell, we shall see how that works out.