Faced with a brief hiatus before marking became crippling, I set about to re-master the free form folding technique of the Sato Rose: 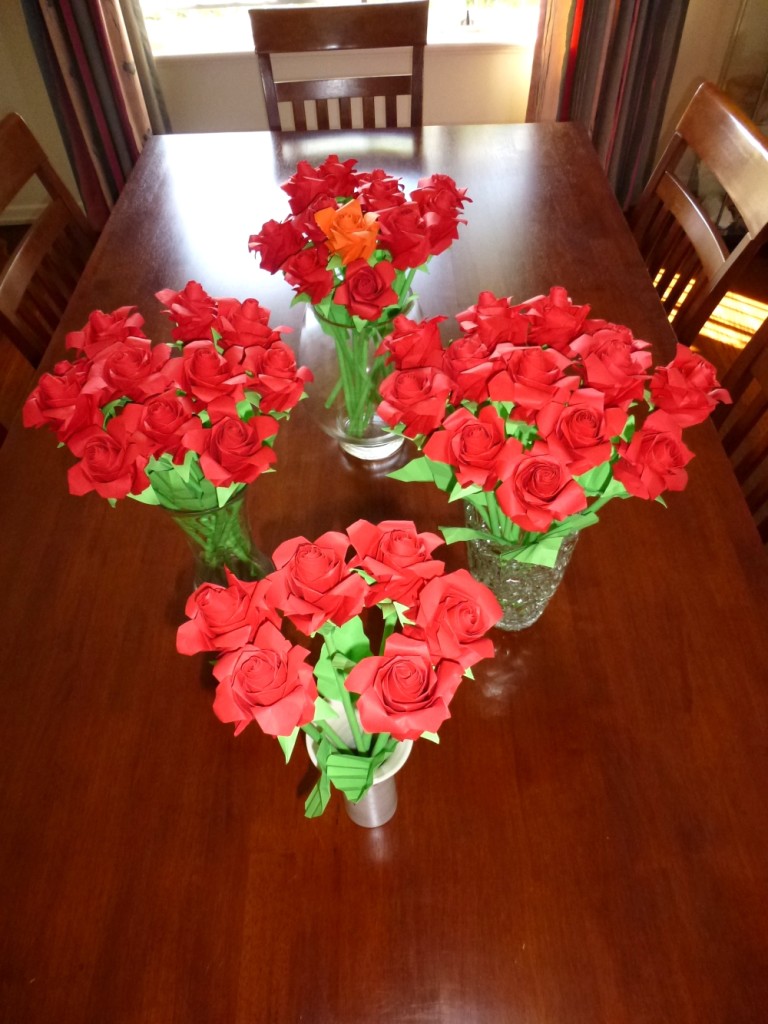 I have found many guides for Naomiki Sato’s rose that do precise pre-folding, invariably I get lost or end up with a bloom that is so geometrically perfect that it is not very realistic, so went searching for a technique that allowed for natural bloom variation. 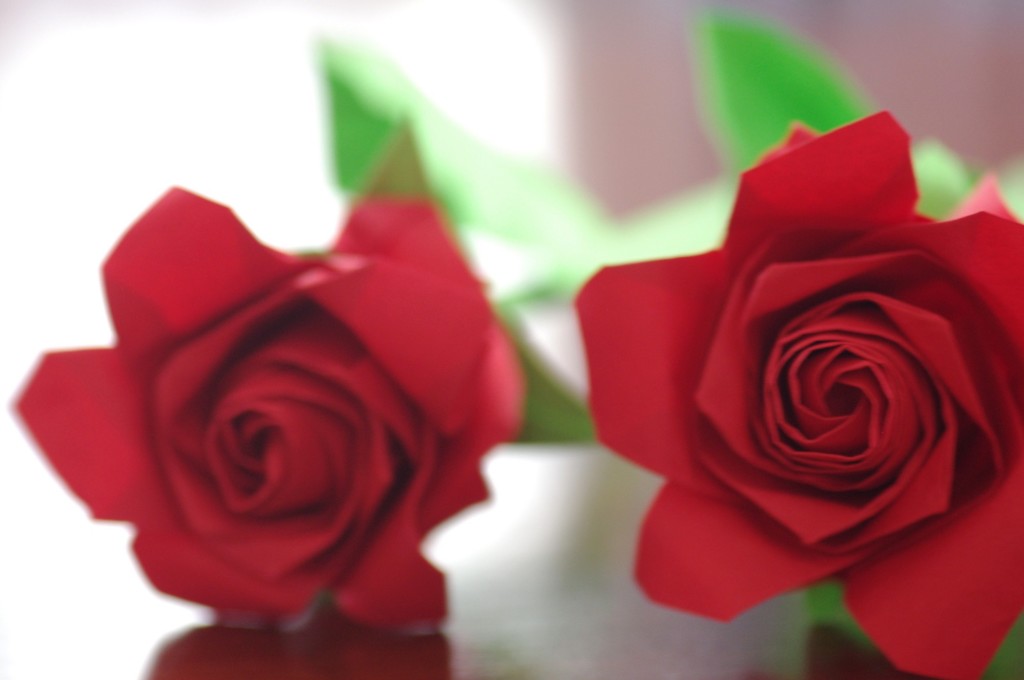 Two years ago (or thereabouts) I had mastered the knack of turning a free-form Sato rose, but then lost it – not sure why. I mangled dozens of sheets of paper trying to get it back to no success. “Free form” is a term I use to describe a process that has nearly NO landmarks – you fold it to about here, then back a little and so on. With such a complicated fold, mistakes early ruin the later fold as they compound out of control.

Recently I tried again and, to my delight the skill returned, eventually as I remembered what bit became what bit. Striking while the skill was hot, I decided to make a bunch of them to sell at the staff craft fair near the end of the year, so set about turning and fluffing blooms. 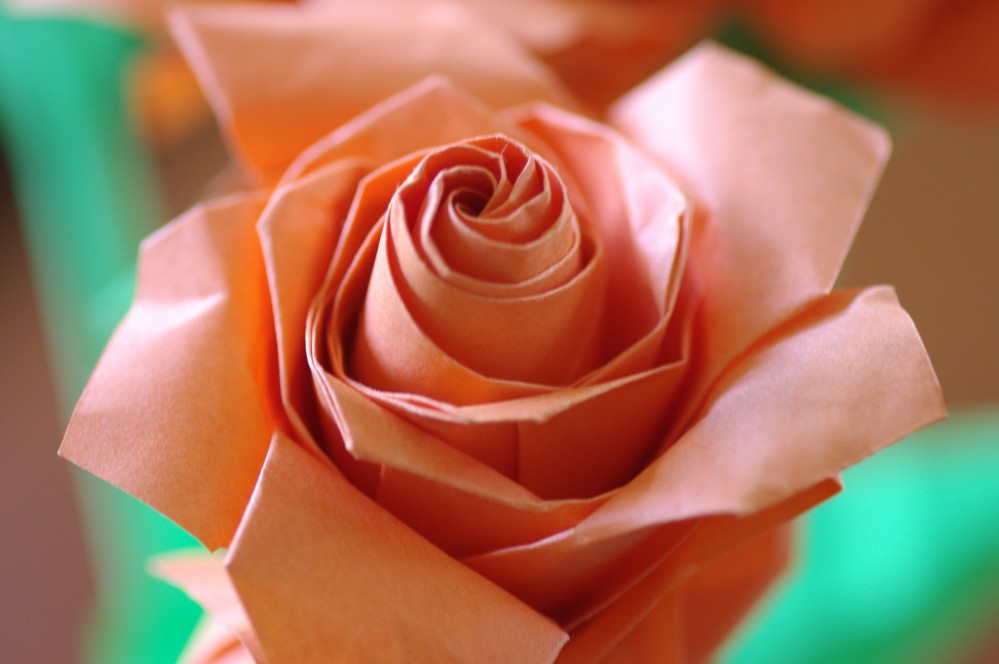 Then came time to design calyx (a modification of the frog base), leaf – a lively concertina pleat with a rolled seam that results in a curved leaf with nice attachment point, rolled stem (A4 in length, suitable for elegant vases) and a means to keep it all together. 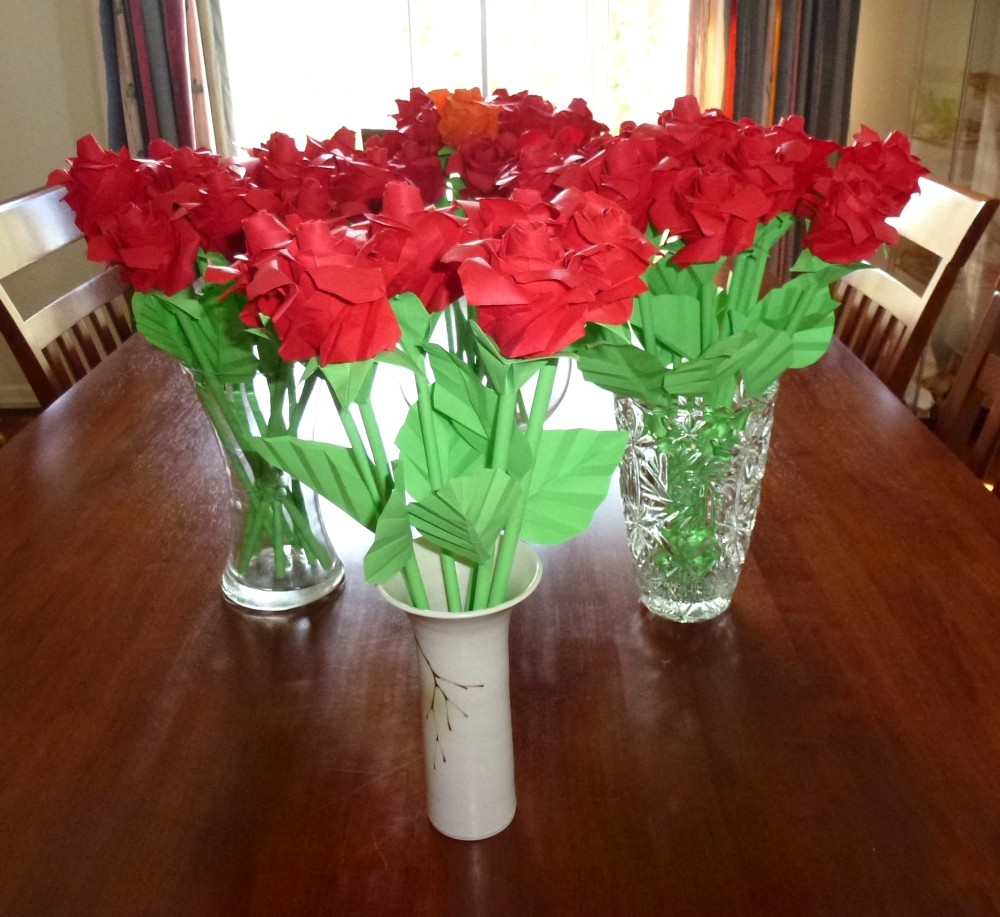 In the time I had I managed 3 ½ dozen (plus one) – a monumental (or just plain mental) task but on mass they look amazing. Each bloom takes nearly an hour to complete (stem, the works) – not very efficient or saleable on an hourly rate but I think they should fetch AUD$8-$10 each – what do you think? 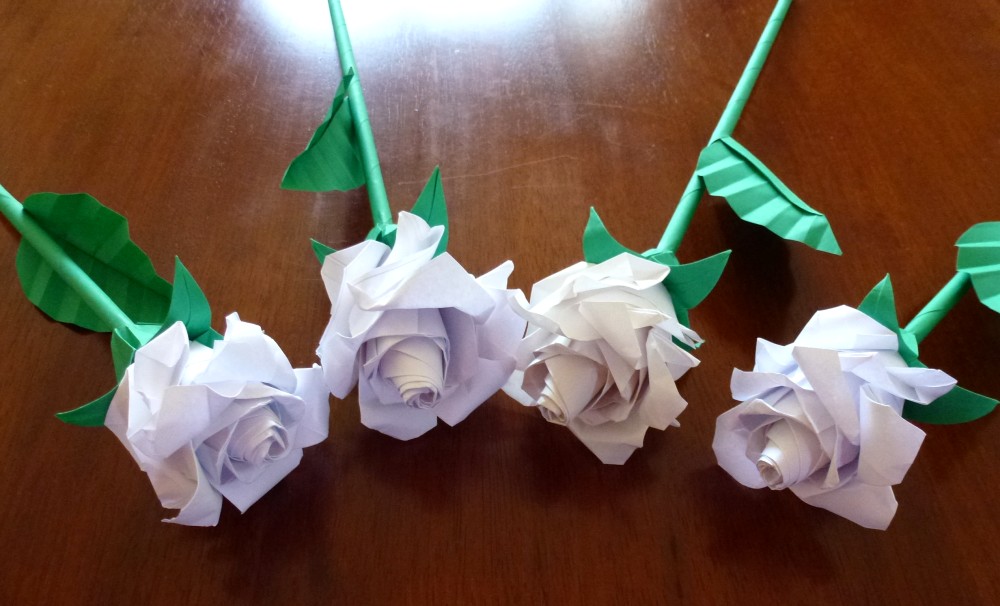 …soooo, coming soon, a chance to own one (if you are a Brisbanite and near my place of work) on December 3. 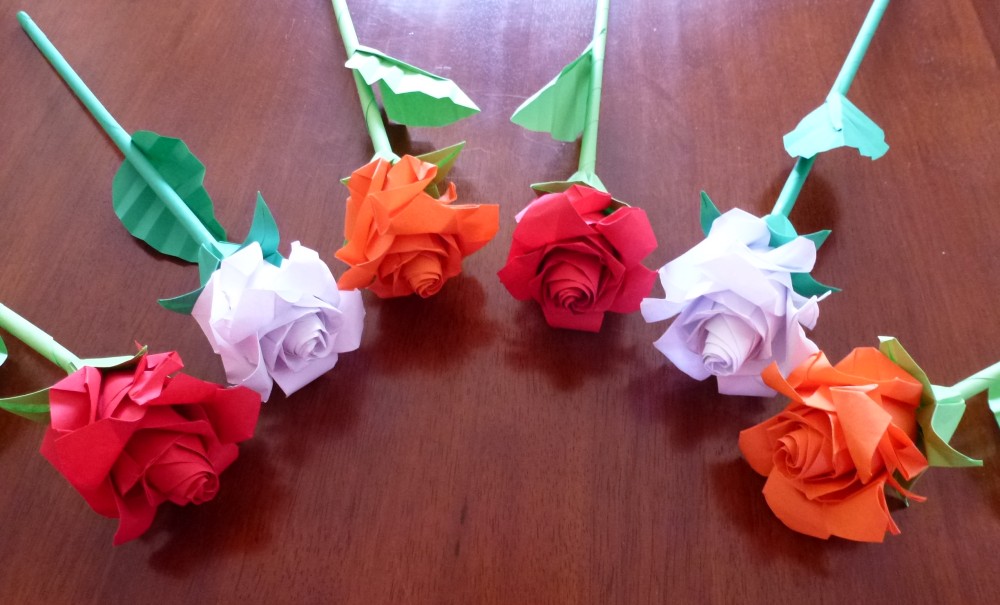 Coming soon, an Etsy store where you can buy these when you are ready.

One thought on “Bunch”