I was recently asked how I folded my Segway model because someone wanted one. I was loathed to part with my original and to be honest I had no idea, I just folded it, so decided to revisit the model (which seems unique in the origami community) and see if it can be methodologised: 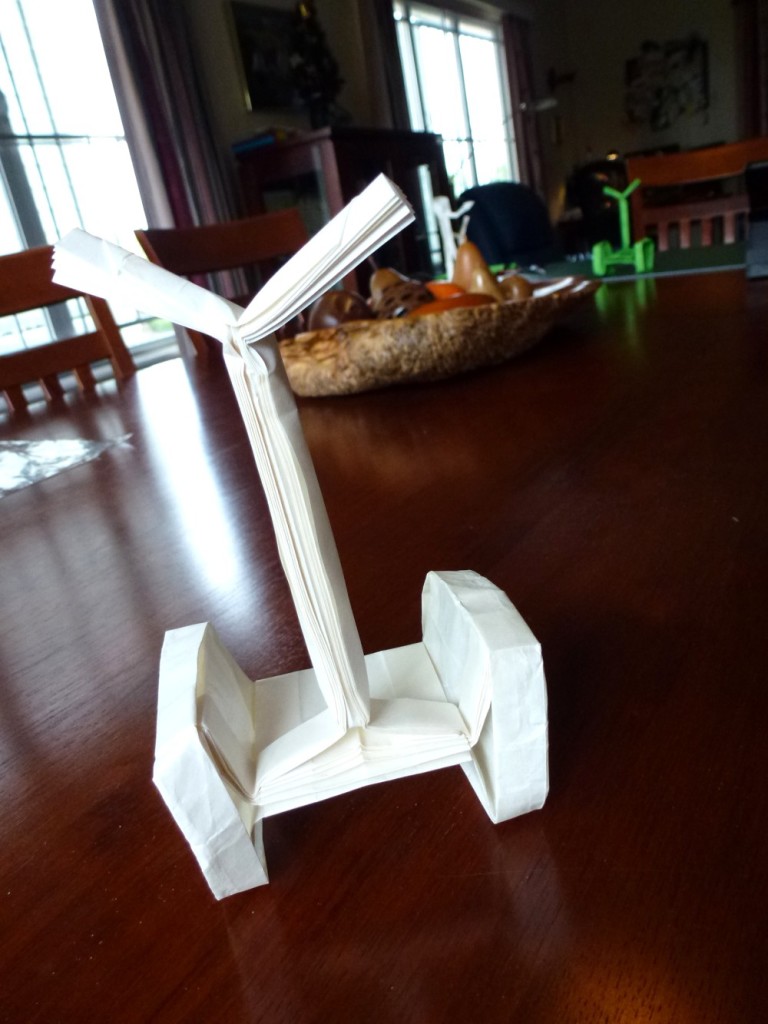 Originally I folded in 32nds, but decided in re-working the model 24ths work better, and are easy folding once you have thirds. The balance was always consuming enough paper for the body to leave enough for the control stalk which splits at the top. My original cheated because the proportions were off ( so I sneakily cut a strip off to shorten it) but on 24ths, it just works. 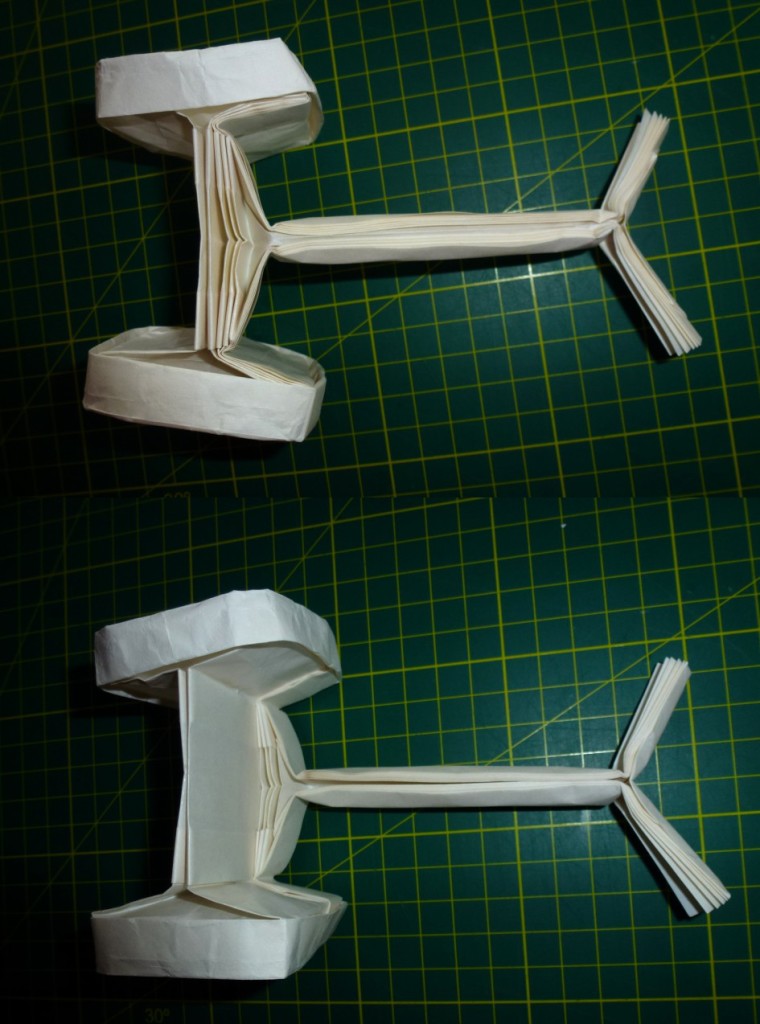 Leaving paper to roll for the tyres is also a design point so it was wonderful to see 24ths helped here also.

After pleating a couple of longitudinal gussets, you form a tube and then thin the remaining paper to make the control stalk, roll the tyres to lock the body and presto, the worlds most self-indulgent personal transport device this side of the hoverboard/hovercraft.

I like this model and may get around to diagramming it now I have finally nutted out the porportions. I like that it efficiently makes use of an A3/A4 sheet, has model variablity so you can vary the tyre widths and with a bit of tweaking I reckon I could make mudgards also.

Have a go folding it – is there enough detail for you to have a go? Would love to hear from successful folders.