I will admit it, I have been a Star Wars fan since it was possible to be one. I saw the original movies many times in the cinema DECADES before my kids thought it would be cool to do the same with the new ones:

The original 3 movies were special (well, they WERE before Lucas began messing with them again), the “Force” was this unexplained thing that made sense (subsequently RUINED by the introduction of “midiclorians” or some such shit), space ships where sterile white, blasters went “pew pew pew” but left no blood spatter and it was kind of ok to crush on your sister until you realised she was your sister. 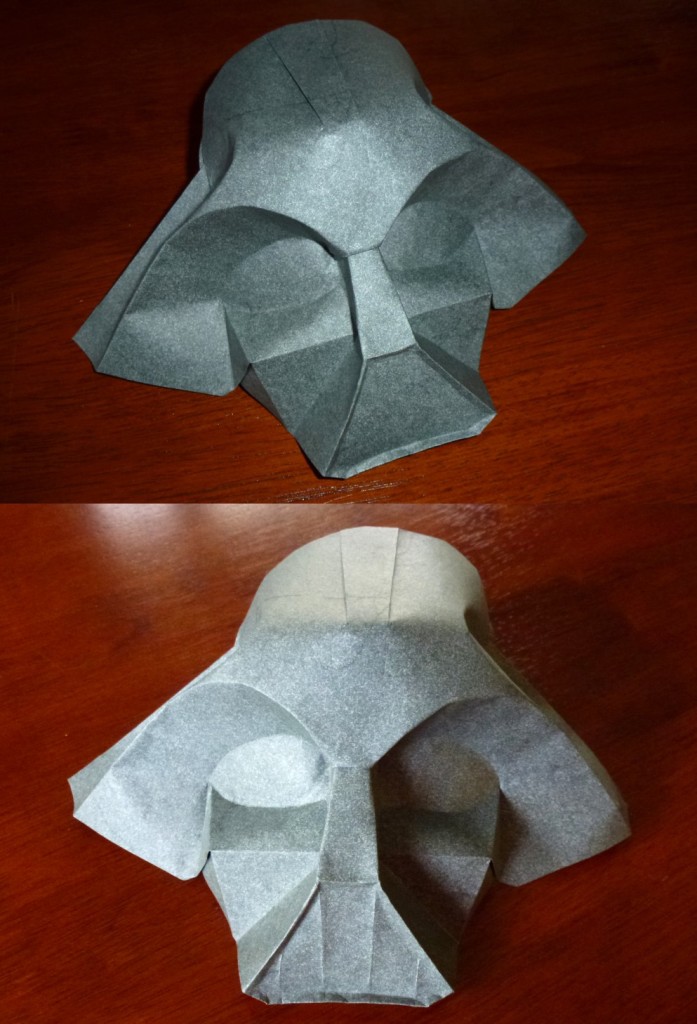 One of the tragic anti-heroes of the universe was Darth Vader – a vague tortured backstory, powerful Jedi lured by the “dark side”, it worked, it just worked (well, until they cast a whiney actor to play him in unwanted prequels). 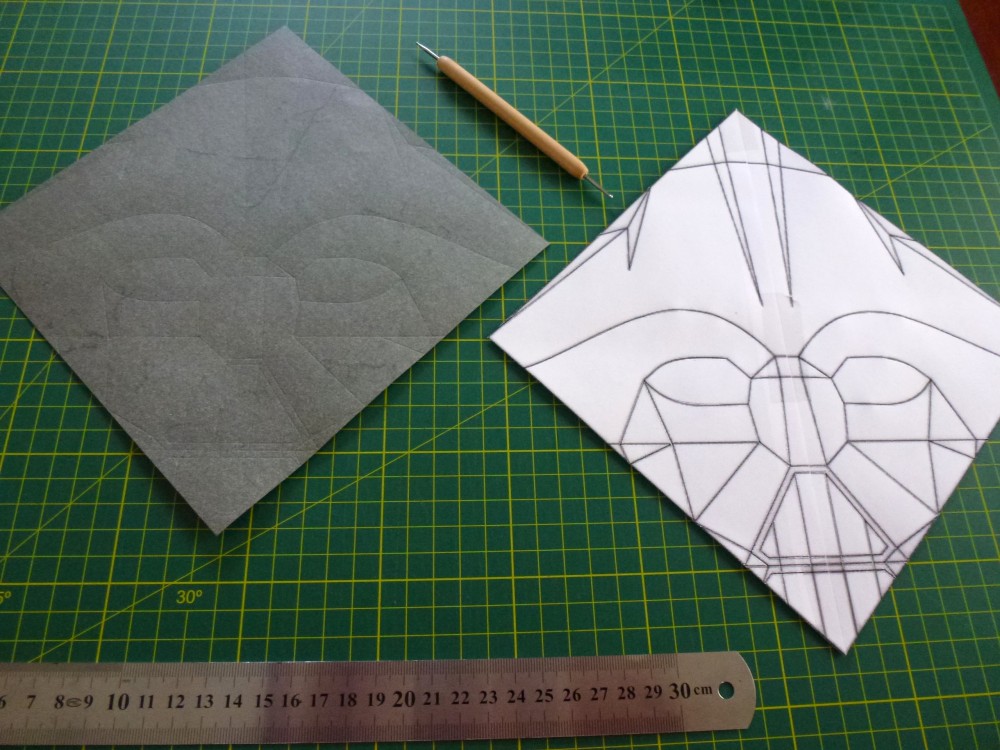 This mask is amazing – really simple combination of some lovely curved creases and some pinches and tucks to let the features stand out in sharp relief. Designed by Alexander Kurth, it was fun to fold. 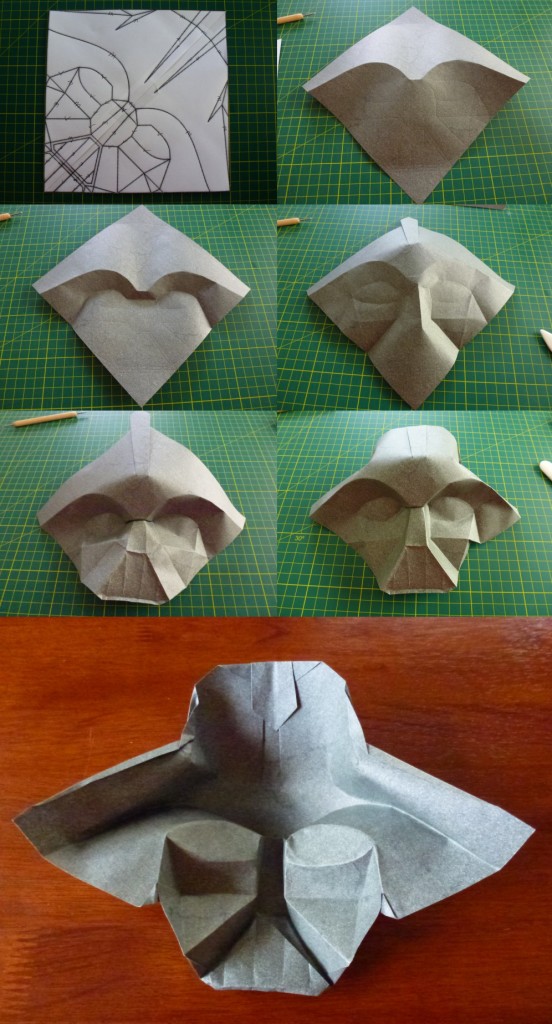 From the published crease pattern, I enlarged it, then transferred the crease lines to a bit of left over “elephant hide” paper (cut from a sheet I am currently working on relentlessly) using an embossing stylus. It was then a matter of working out which folds were mountains and which were valleys.

I really like the eyes/nose/breathy thing configuration – really reminiscent of the overly complex helmet from the movie, and from all angles it reveals new detail and sinister undertones. 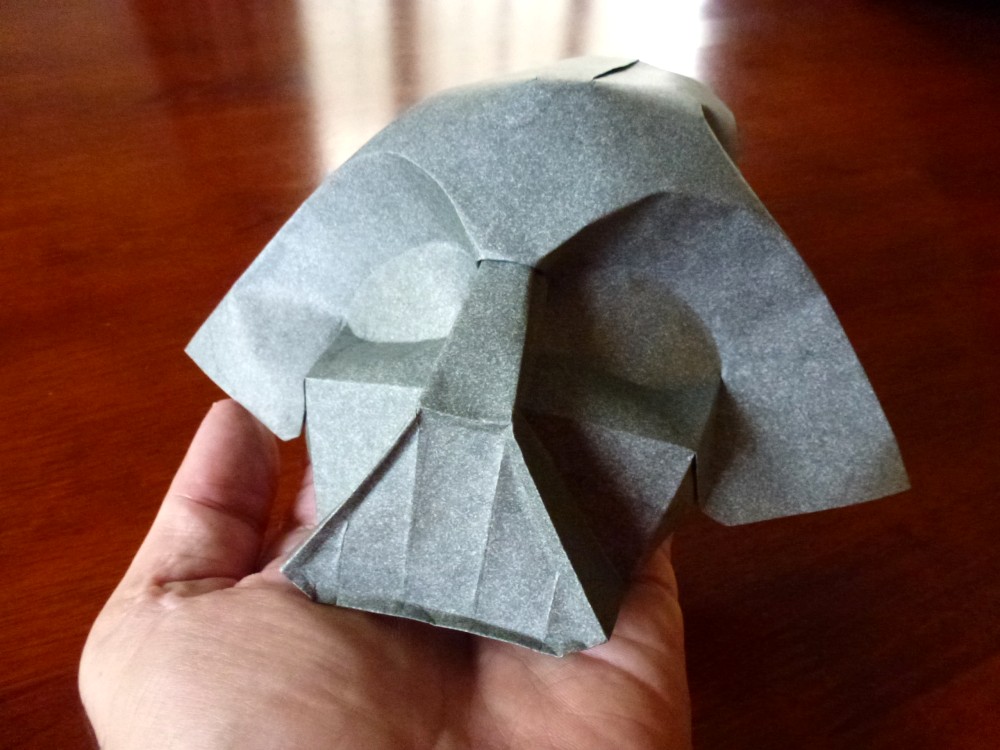 I must experiment more with crease patterns, I am sure there is a science to unravelling them but the really complex ones break my brain a little bit, still. I gues sit is experience working with that medium.