When asked by a friend of my son’s if were possible to fold something to celebrate their fist wedding anniversary, which coincidentally is the “Paper” anniversary, I thought why not: 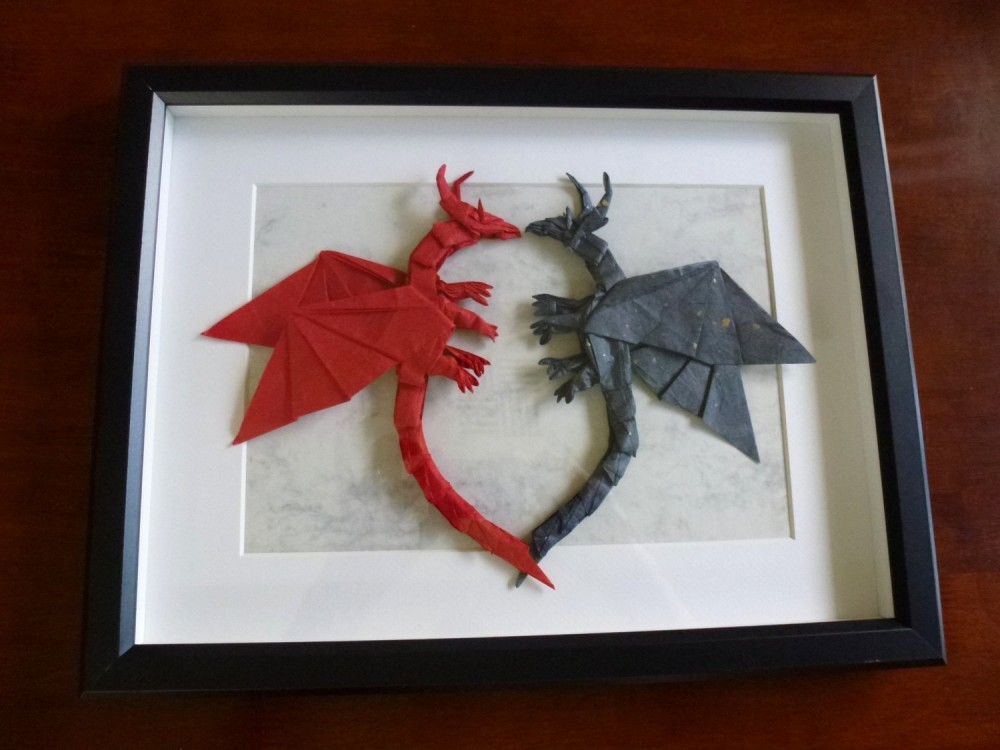 The couple are dragon fans, so it seemed obvious to include something from that world. I looked around for something that would present in a shadow box, and dismissing immediately the suggestion that “a ryujun would be nice”, I settled on a pair of Darkness Dragon IIs, designed by Tadashi Mori. 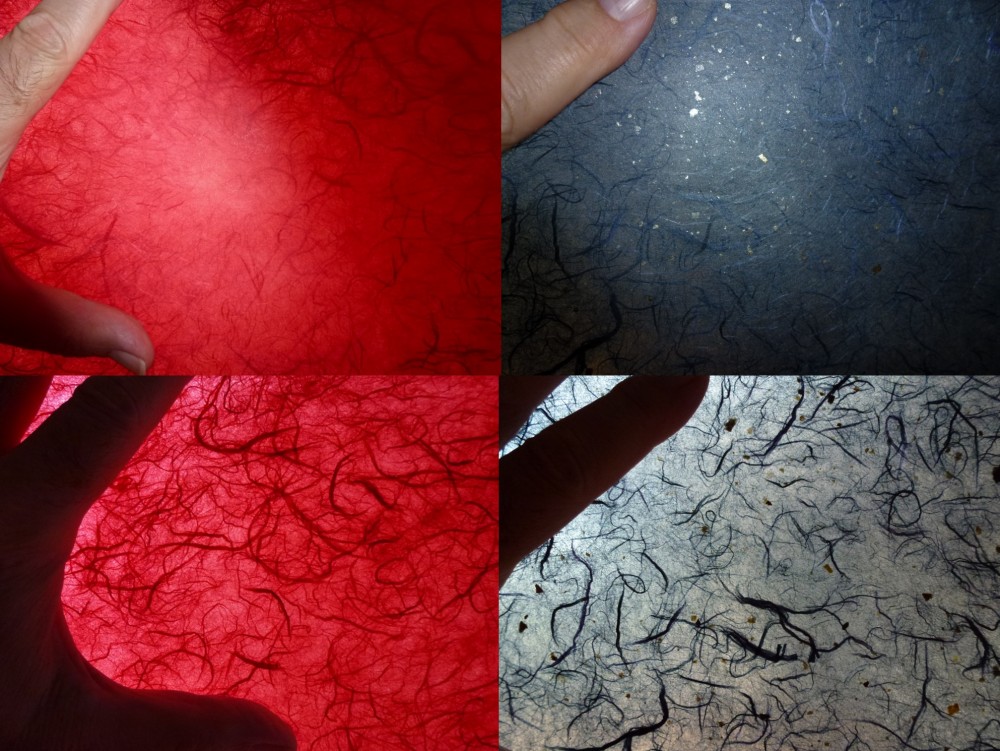 I prepped some lovely squares of Unryushi tissue – a lovely thready red and a gold-flecked blue by plastering it to glass with MC, making them crisp and lovely.

Folding in parallel they came together rather nicely, then I decided to pose them slightly intertwined, forming a sort of heart shape … naaaawww. 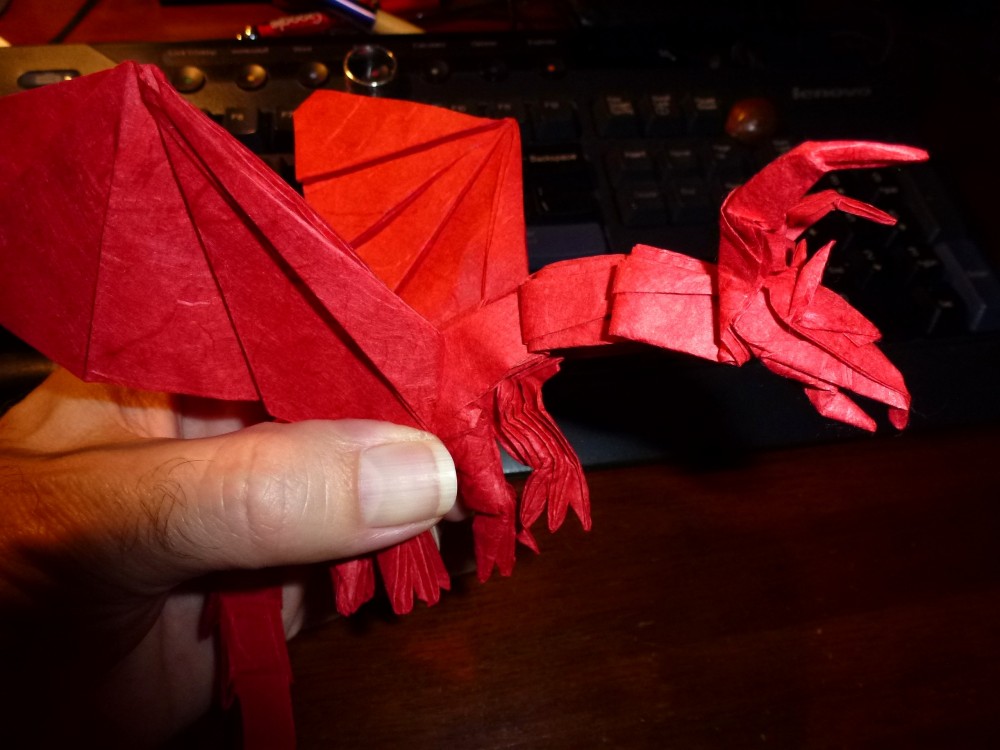 Using an IKEA shadow box frame, mounted on a sheet of marble, it ended up being lovely and I hope it makes a lovely addition to their home.