I often fold for relaxation and therapy, this design “Gargoyle” by Alessandro Beber is a fold I took up to keep my mind busy during some tough times near Easter: 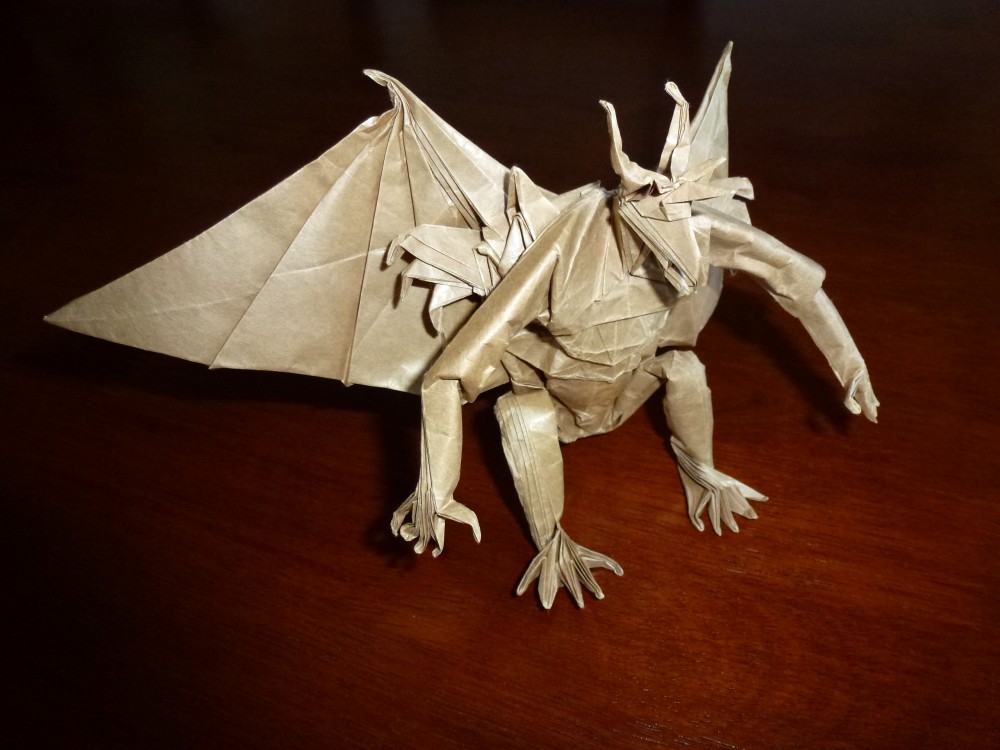 I find folding calming, and I started this to keep mentally busy as my Dad got sicker and sicker in hospital. He passed before I completed it and for weeks I put the paper aside, the model became associated with that event. 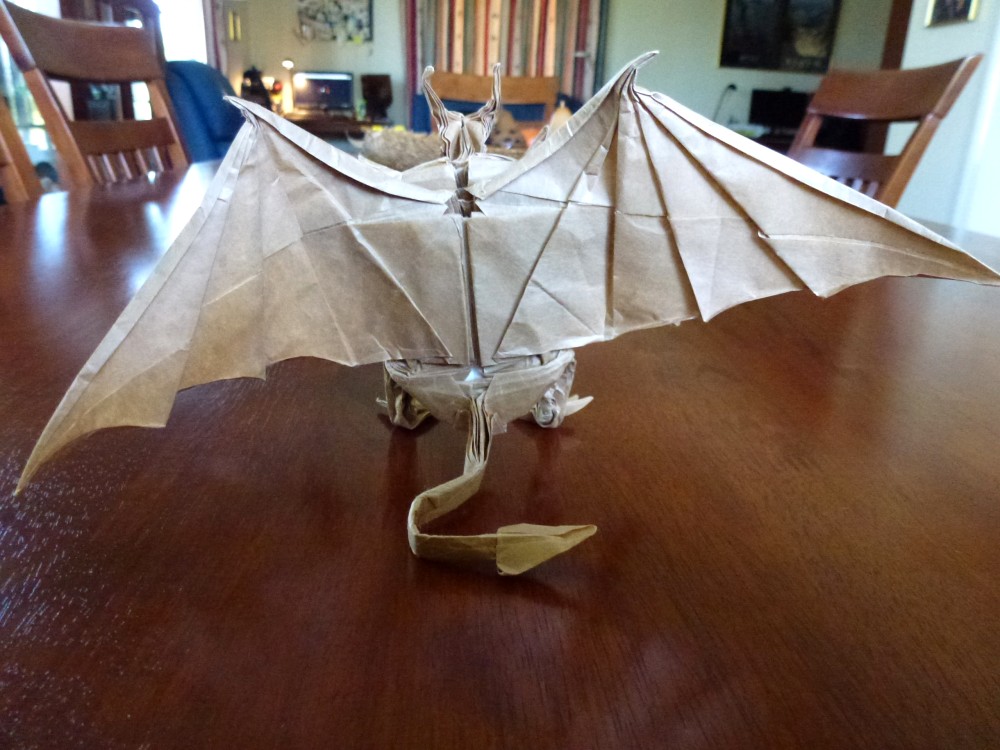 Recently I decided that I had to just finish it so set about doing the final shaping – time to move on.

This model apparently was part of a design competition initiated by the late Eric Joisel to design a complex Gargoyle, nothing rivals his but this was well regarded. To be honest, this is more a demon or grotesque (“gargoyles” were actually waterspouts for roof drainage systems) but the level of detail is amazing. 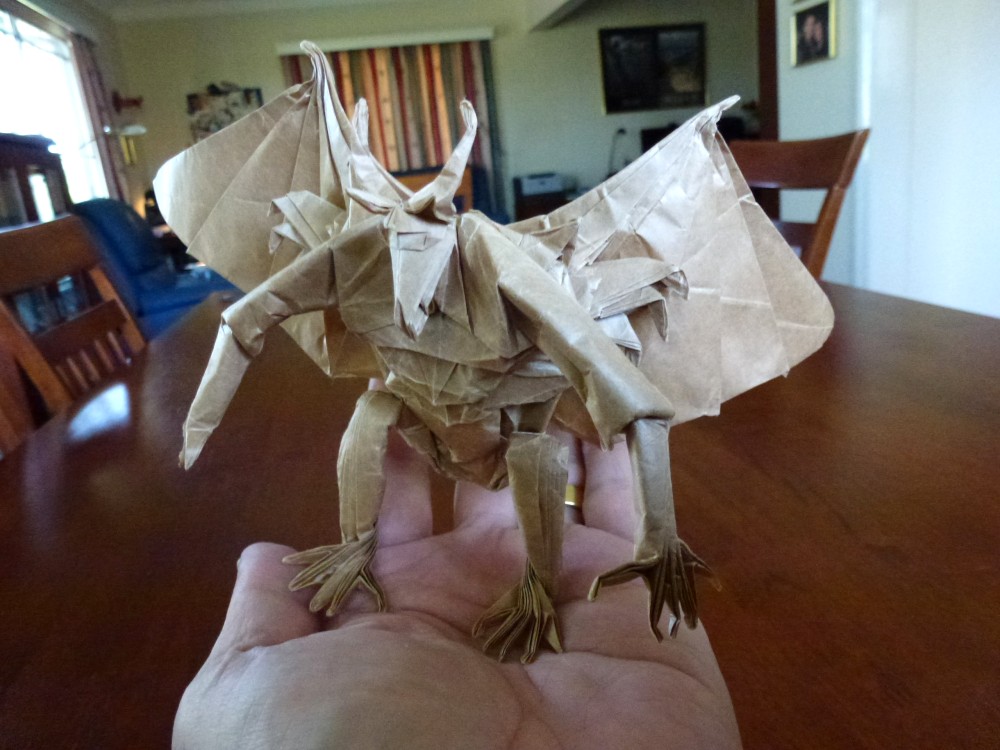 I used a little wire folded into the legs and tail for posing purposes and needed a little double sided table to close up gaping seams (I guess if you used tissue foil, it would behave a little better) and wrangle it into an acceptable pose.

This is not a tribute fold, and I will probably put this away, but it needed finishing. I had decided to just keep folding until I screwed it up or the paper failed (interestingly my approach to most unknown super complex folds) but neither happened.