Many beauties reside in Eric Joisel’s folding legacy, most have no hints as to how he achieved them. The “Horse Head” design exists as an obscured crease pattern from his original notes: 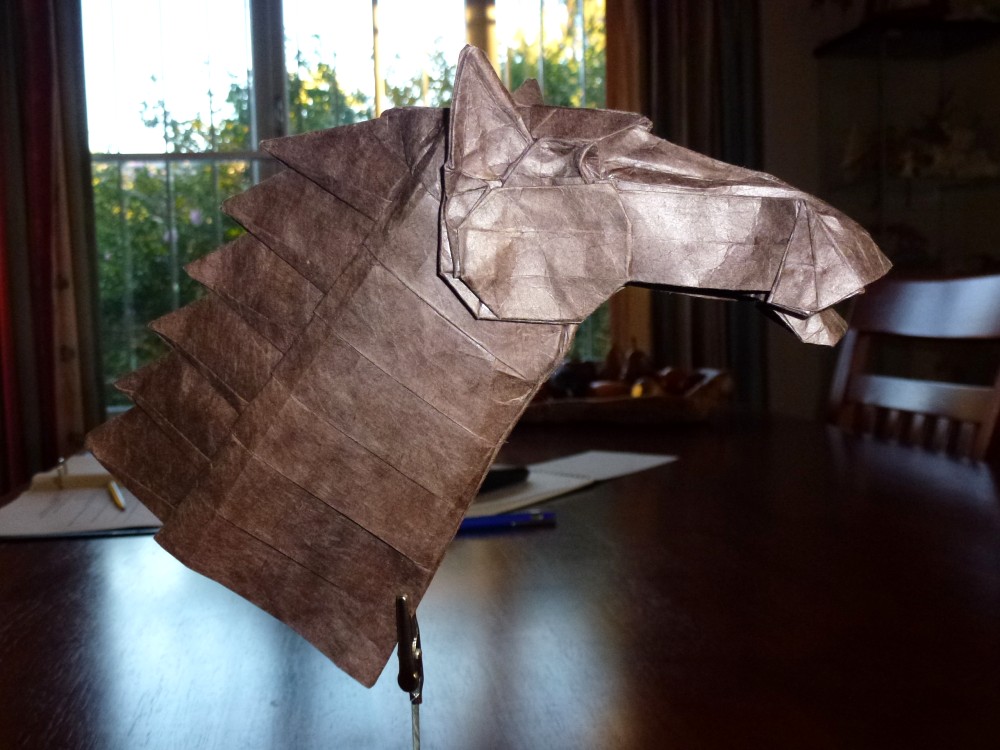 A friend of this blog (Hi Jean-Baptiste!) offered his interpretation of the crease pattern and invited me to try folding it as he was having trouble with the collapse, so I thought why not. I need all the practice I can get on interpreting CPs. 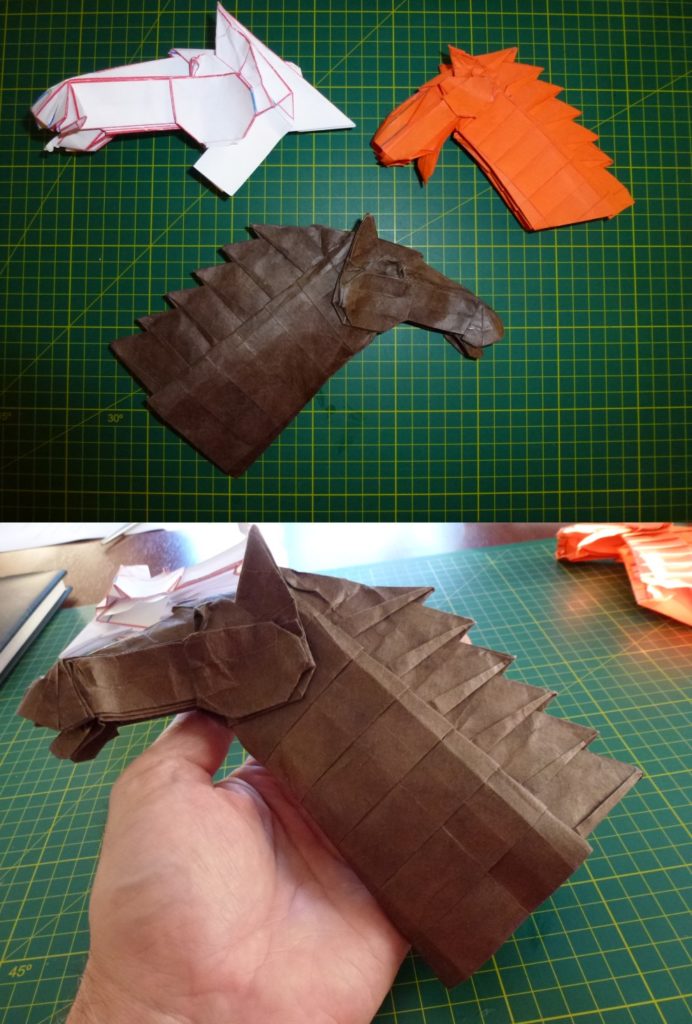 This model is based on a 32×59 square grid. I took the CP and printed sections of it large to see if I could wrangle it into shape, eventually succeeding separately with the mane and the face (well, sort of). I then tried both together on the largest photocopy I could manage, on A3 paper and it sort of worked. 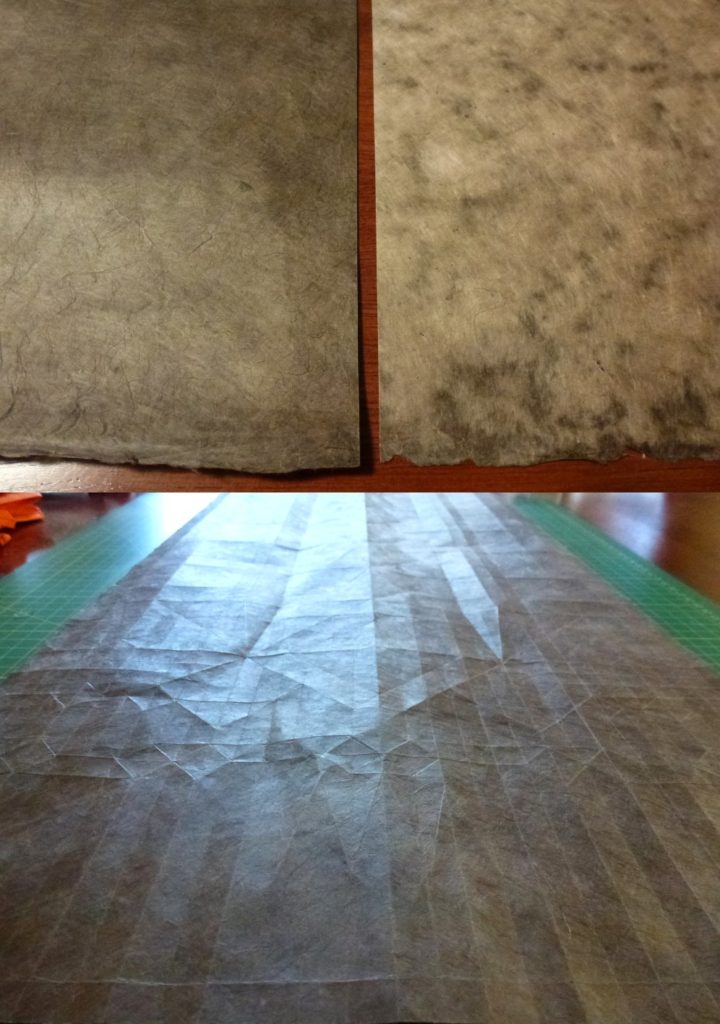 Transferring to design to a nice sheet of chocolate Lokta paper was difficult – the paper is so dark that seeing where creases were after folding them was problematic. I had come up with a scheme of collapse – work on side widgets and lock them in place before collapsing the nose and sort out the gussets as they transitioned to the eyes and ears.

In the end, much of it is an “all at once” smoosh that, depending on the accuracy of the pre-creasing either just works or needs sorting out to bring symmetry to the two halves. It took an early morning viewing of Eurovision to finally nut out the muzzle and nostrils but I think I have been fairly accurate with the fold. 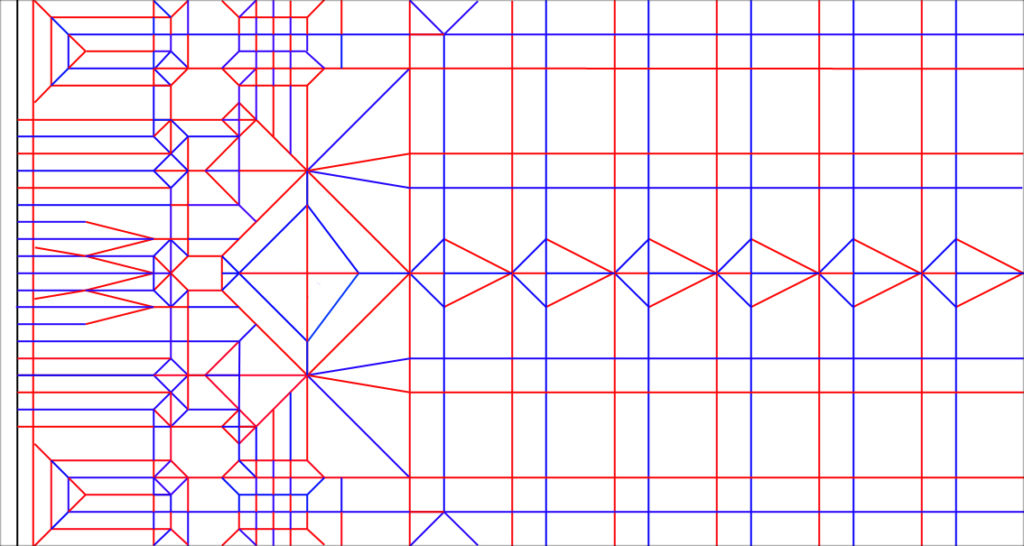 Oddly, either I have done something wrong or there is a malformation in the CP as my ears face backwards but Joisel’s face forward – I could work out no easy way to reverse mine, so the horse has a startled/tense posture. I am quite happy with the mouth, neck and mane, and with the model overall as it has a sculptural character. Not sure how/if I will mount it but it could look nice on a stand of some sort. 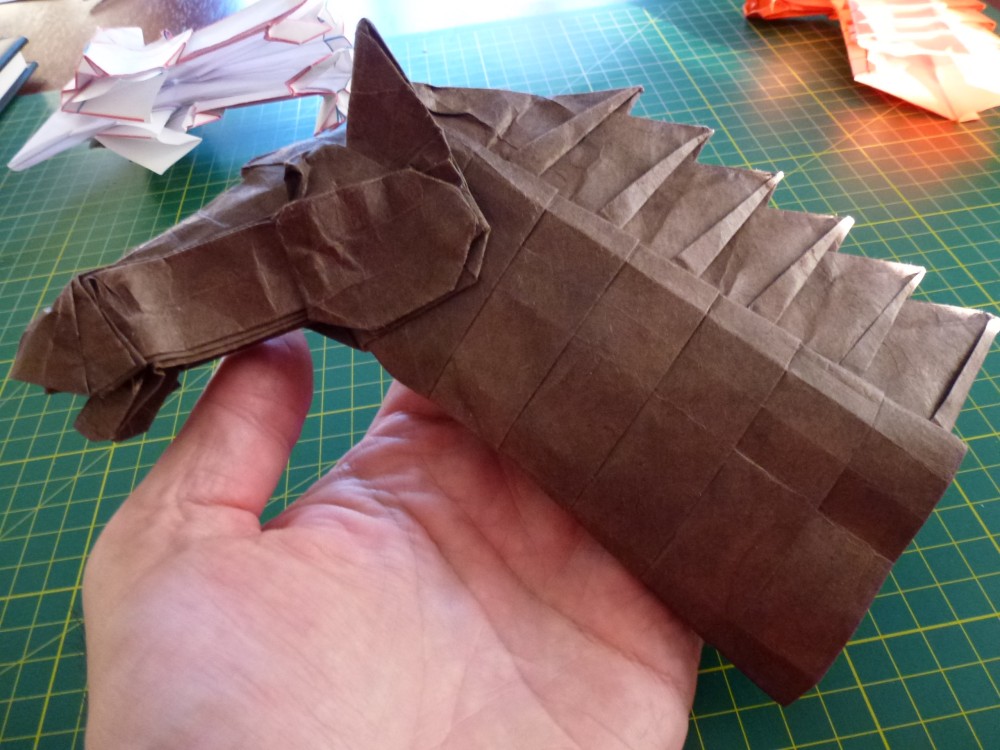 I am constantly in awe of Joisel’s work, he breathes life into the paper like no other folder, every surface and detail considered important and treated artistically. It felt like a privilege to fold this and I learned a lot about myself and how to decode CPs along the way