After some fiddling, and diagramming (hopefully for the Sydney Folders Convention book) I am happy with the component parts of this original model: 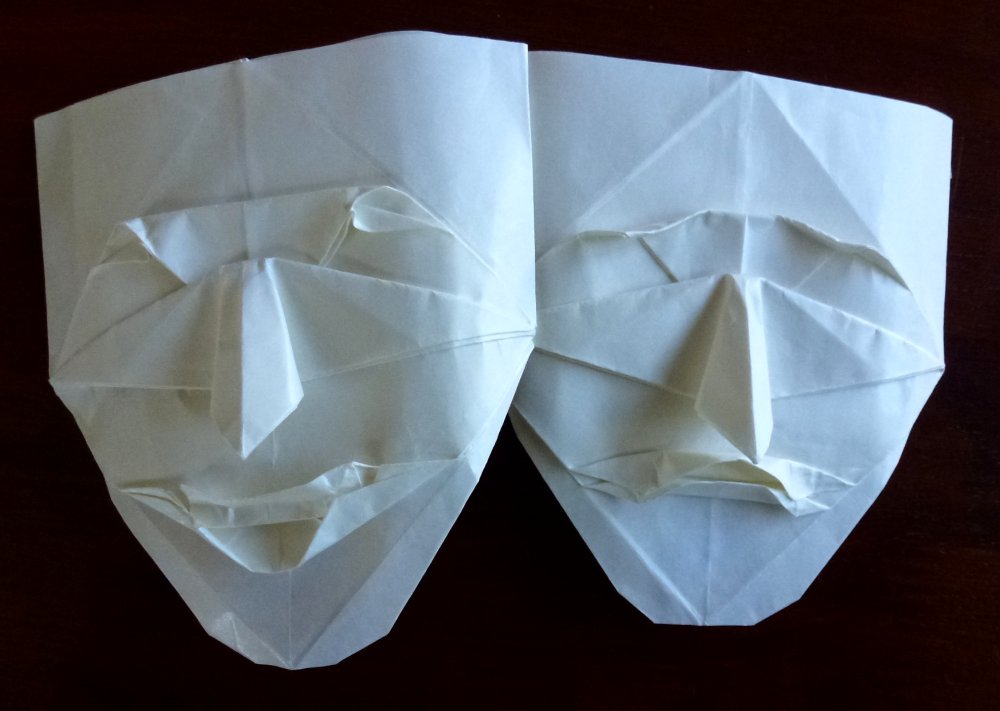 The sock and buskin are two ancient symbols of comedy and tragedy. In Greek theatre, actors in tragic roles wore a boot called a buskin (Latin cothurnus) that elevated them above the other actors. The actors with comedic roles only wore a thin soled shoe called a sock (Latin soccus).

Melpomene, the muse of tragedy, is often depicted holding the tragic mask and wearing buskins. Thalia, the muse of comedy, is similarly associated with the mask of comedy and comic’s socks. Some people refer to the masks themselves as “Sock and Buskin”.

Inspired by face work on Eric Joisel’s Dwarf series, a single piece of paper becomes BOTH comedy and Tragedy – happy with the result.

Have a try with my diagrams: http://www.wonko.info/365origami/wp-content/uploads/SockAndBuskin-PeterWhitehouse_2.pdf