I like a challenge, so started with a huge (60cm) square of spotty bi-colour kraft paper and began the process of folding this model: 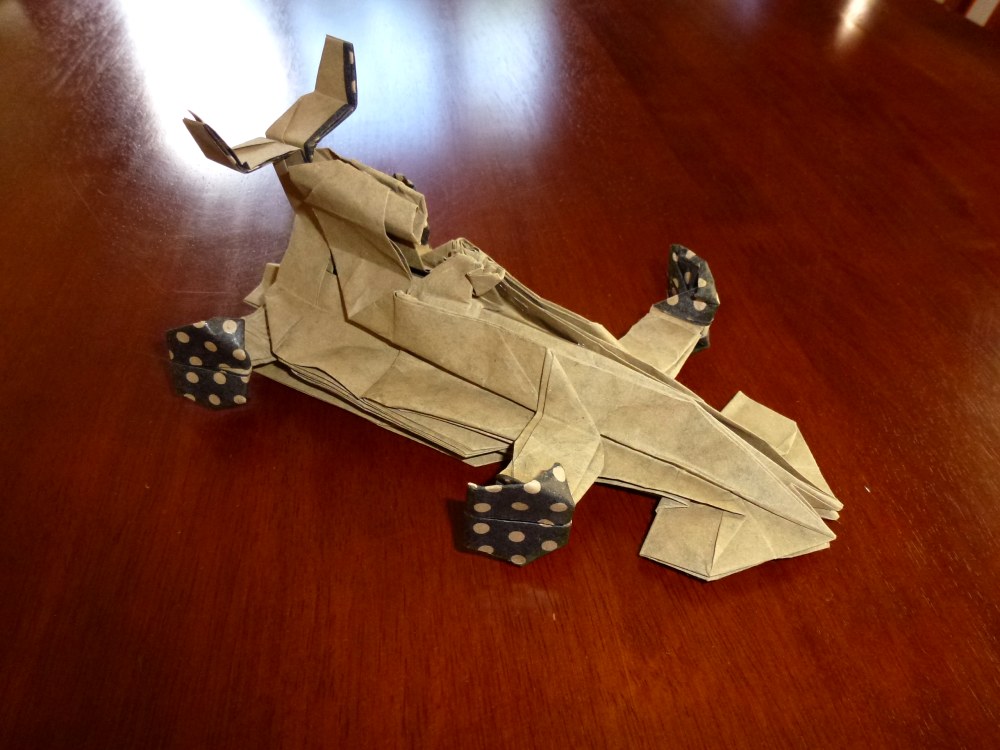 Formed, initially from a base that is 4 adjacent bird bases that are then sunk to make 8 long flaps, 4 short ones and a shedload of hidden paper, you then tease the long flaps into position for axles, spoilers, tyres and more.

This is Charles Esseltine’s F1, a very dense model that in the end was a real wrestle to keep the layers together – I imagine foil-backed paper would help but you hide so much paper that it is a heavy little sucker.

The colour change for the tyres is interesting, if I had been paying attention I probably could have engineered a little more paper for the tyres to make them easier to make round but. In the end however the base seems incredibly useful for many-limbed critters also. 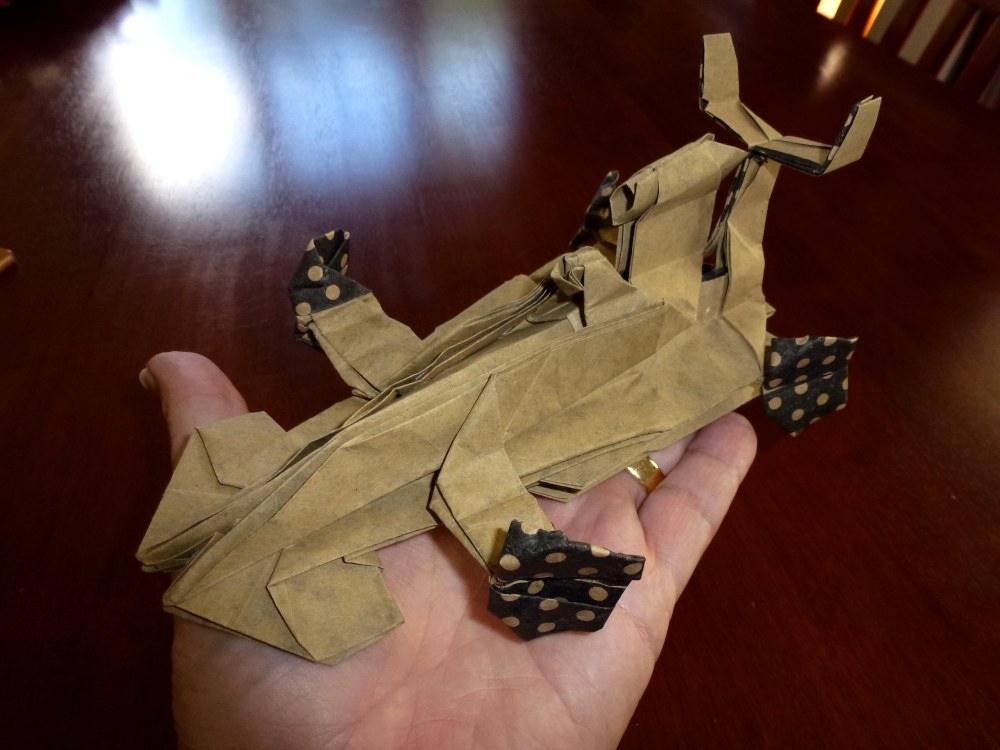 I can not imagine trying to fold this smaller – layer management and some instructions that made no sense hampered progress, also point management was far from clear. I ended up using the wrong points, initially, for the front wheels until a fold later was not possible causing me to re-work.