Twenty Eight years ago today I married the love of my life, today we celebrate our anniversary (awwww): 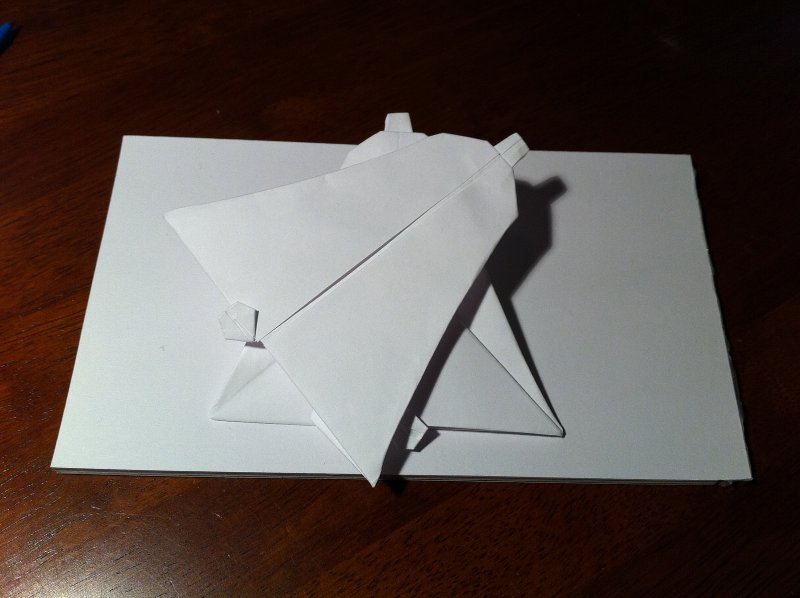 Rather than purchase a Hallmark moment, I thought I would put my craft skills to the test, so I did (as my second fold) a smaller gold version, affixed it to a specially printed card for the day 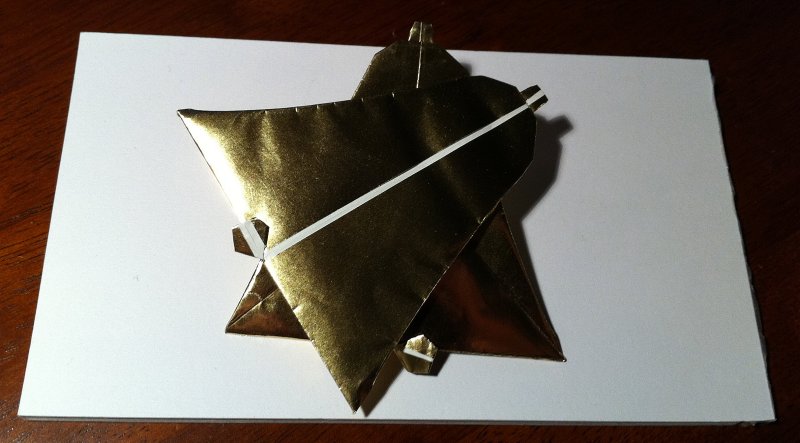 I discovered that plasticised wrapping paper is fairly good fold-wise, but wants to unfold itself, so I fixed it together with sticky-dots and pressed it flat before attaching it to the card. Difficult to do in secret also it turned out.

I have seen a lot of smaller models that would look great on a card, and it seems there is a movement in the origami community that specialises in just such models.

This fold is taken from “More Origami” by Robert Harbin and is a nice variation of the stretched bird base.

One thought on “92: Wedding Bells”