“White Rabbits” for this month is provided by Robert Lang: 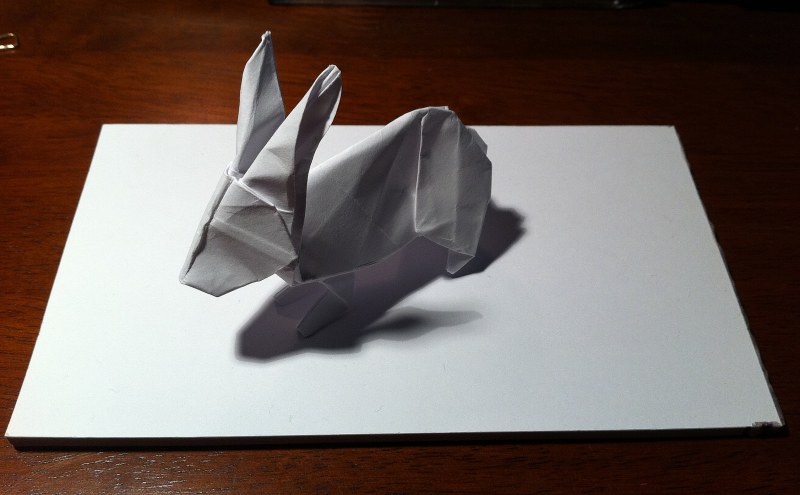 This beautiful rabbit is my favorite so far because of the shape and detail. This is the Year of the Rabbit also, a happy coincidence.

As a first-fold, I found It torturous to fold – Mr Lang, your instructions 21-24 were baffling, and three times I put the model down, contemplating abandoning it – the left side suffered so much paper fatigue by the time I finally understood where the fold ended up that it was fraying and beginning to give on a major crease (you can see the resultant stress in the middle photo of the dev series below) – luckily in the final model you cannot see this but … gee wiz it was nasty! In retrospect, however, I understand how difficult it would be to diagram and explain, the paper inside the gusset goes to hell and you sort of have to sink-crush-twist to let it sit flat. 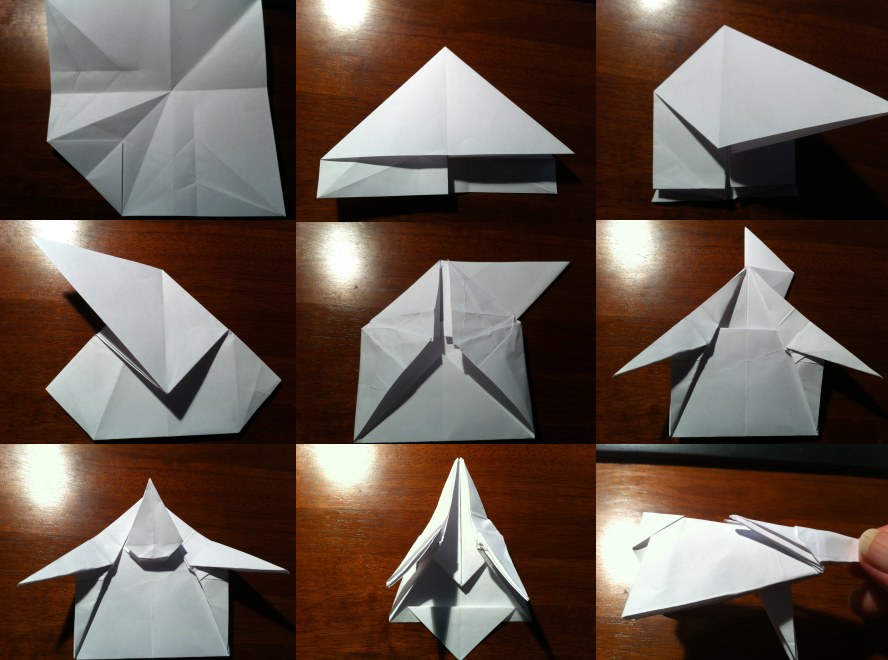 I wish I had chosen a larger bit of paper for my first fold – an A4-cut square made this very fiddly and it was a challenge to keep points sharp and creases crisp – especially in the final halving of the model prior to body shaping (I did this very carefully as it looked like it would split along the back (danged copy paper again is an issue).

Very happy with this as a first fold – learnt lots (including a confirmation of the genius that is Robert Lang). Folded from “Origami Zoo”, I will be folding this one again I think as it is a keeper.