At the risk of a family intervention, I present to you my first fold of Yoo Tae Yong’s “truck mixer” from the origami book “Origami Pro 3 – Machinery Origami” from a group of members of the Korean Origami Association: 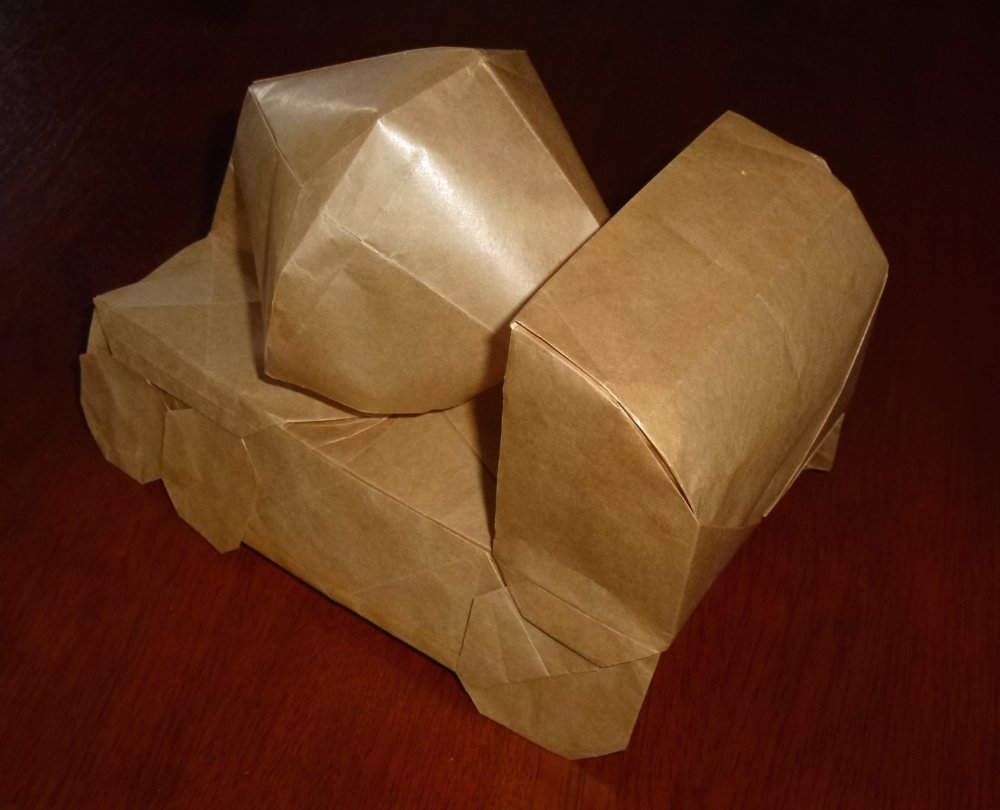 From a square, via a very useful base, we arrive at what eventually looks mechanical but up until you begin squaring things up could also be an animal. This furthers my theory that heavy machinery is the living embodiment of once-thought extinct dinosaurs. More work to be done here. 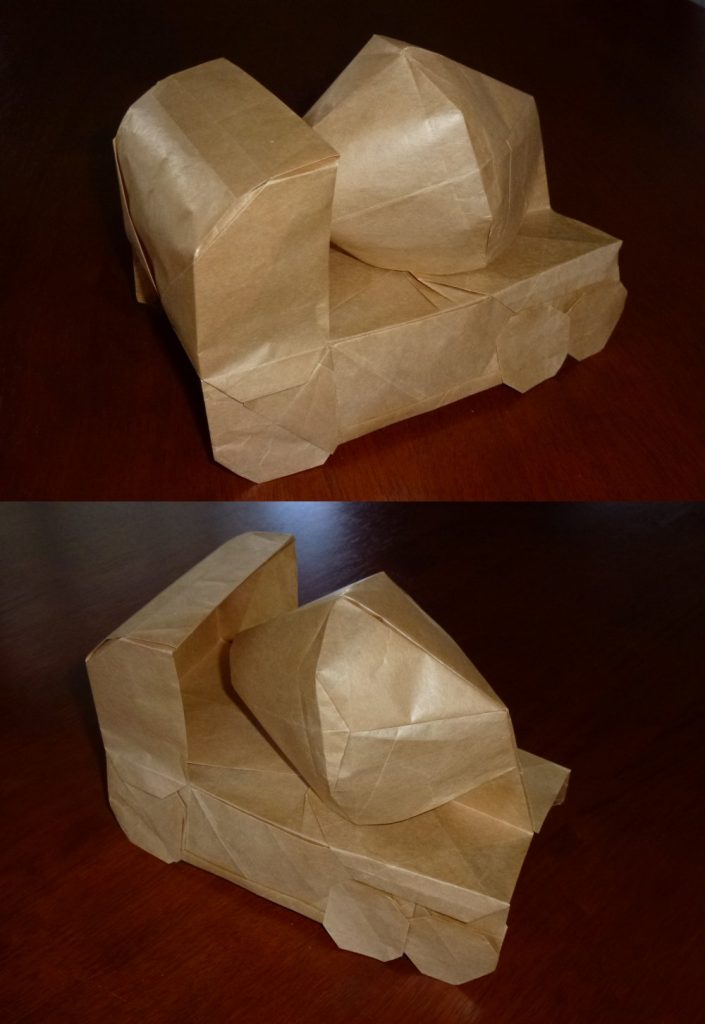 Folded from a 55cm square of thin crisp Kraft paper, I think I could also achieve this smaller and it would be structurally stronger with slightly thicker paper.

I like that this model is 3D, attempts to match the physical machine quite closely however it seems to me that the mixing thing on the back is backwards – I think if I was to re-fold this I could work a way to reverse it so the opening is at the back – much more convenient for getting concrete in and out of it.

It is interesting that there are whole branches of origami that I have barely dabbled – machine and architectural origami are things I must explore further. 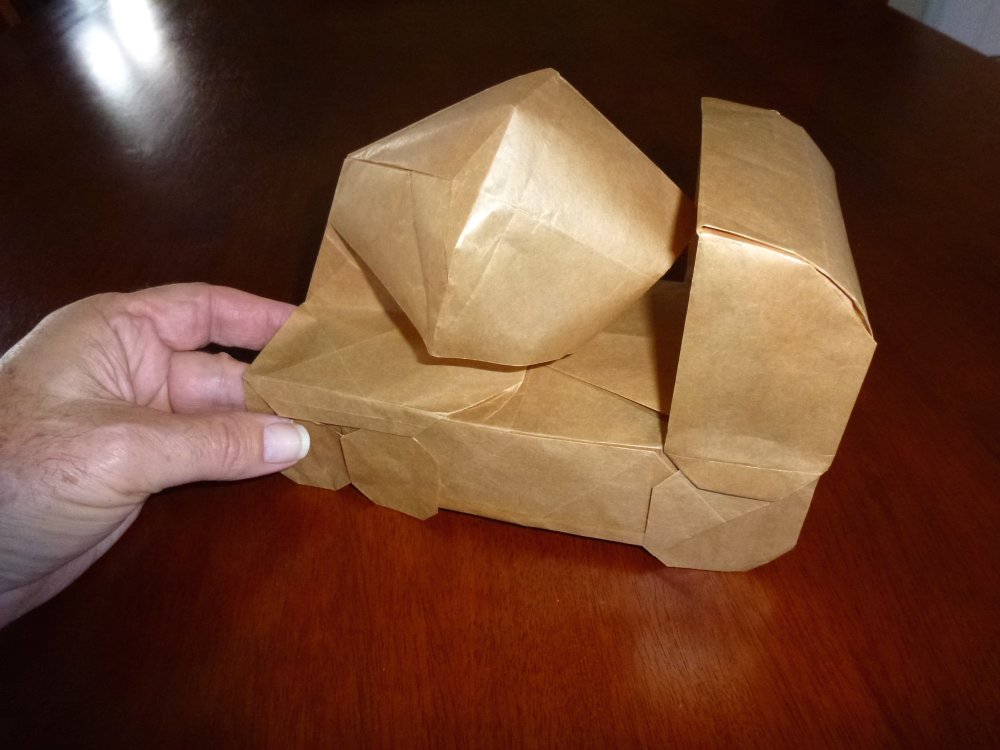 This is my first fold since returning from a 6 week holiday in Europe – it feels good to return tot he fold.