When I first saw this model I knew it was going to be a tough one – so much paper compressed into such a compact model: 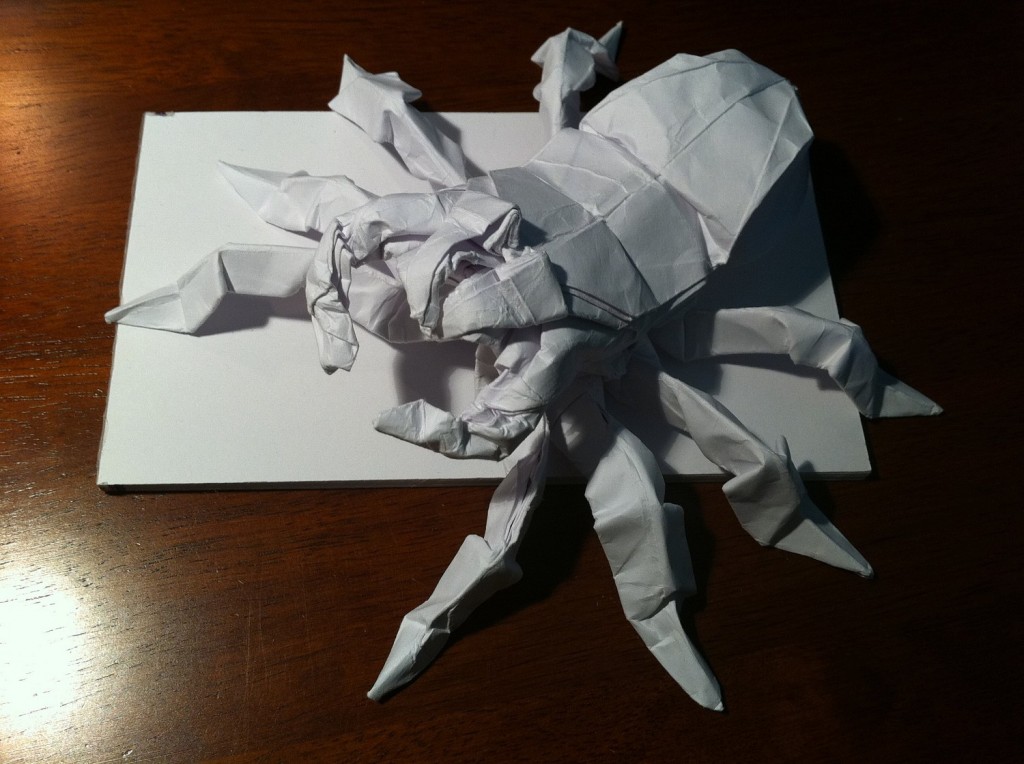 I searched for some large format copy paper and an architect friend gave me some A1 80gsm, from which I cut an 80cm square (well, as I discovered when I was folding, it was not quite square, but I soldiered on)

The SCALE of this model is terrifying, the finished model is bigger than my hand and horrifically spider-like, even as a white first-fold. I am itching to fold this again, with some thinner, more robust paper. 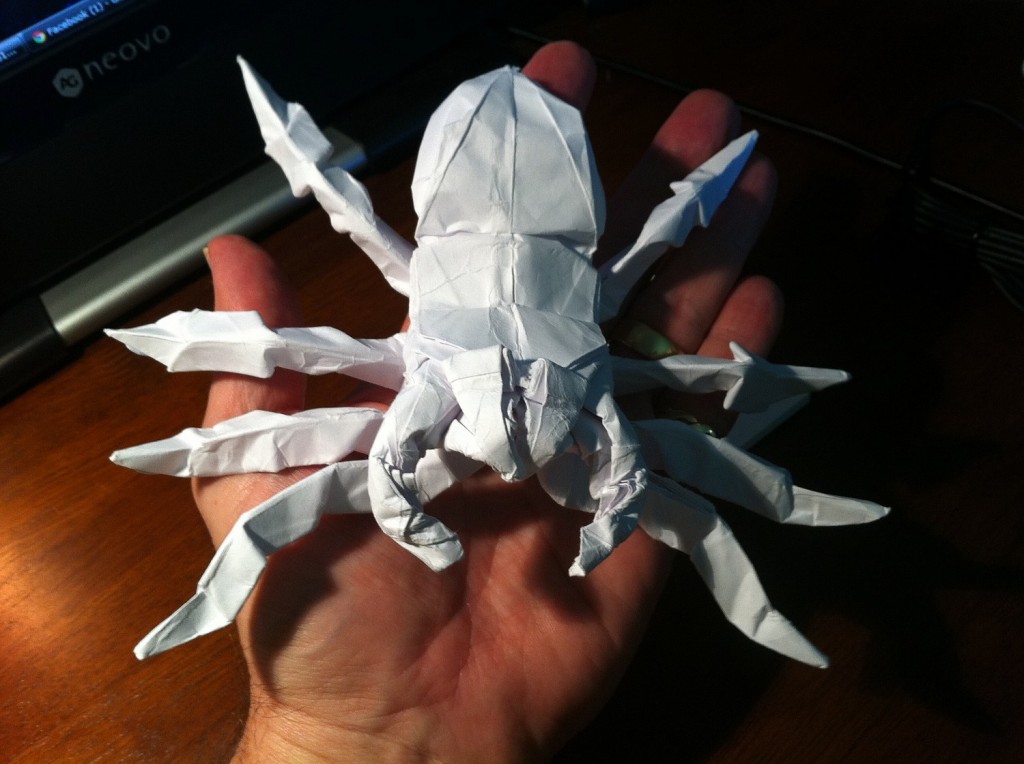 I would like to say this was a quick model, in truth it ate nearly 4 hours (but I did manage to make some rather spectacular pumpkin soup during the many tea and chore breaks). Some of the steps are astonishingly tricky, and I could not imagine achieving them easily on a smaller bit of paper – the body and leg thicknesses were very tough and I am afraid the paper suffered paper fatigue on many primary creases.

I am seriously chuffed I managed to achieve something so spider-like, there were many junctures where I thought of giving up and folding something simpler (and denying all knowlege of the crumpled mess in the bin) but patience, perseverance and earl grey tea took the photocopy paper places it should not have been able to go.

You too can have a go at this here … wish I had seen this video before finishing the thing.

I love this pose-able model, and accept your discrete applause for being able to fold it. I am sorry Mr Lang, I will attempt to make the bits neater the next time I fold it – you are a design genius however. 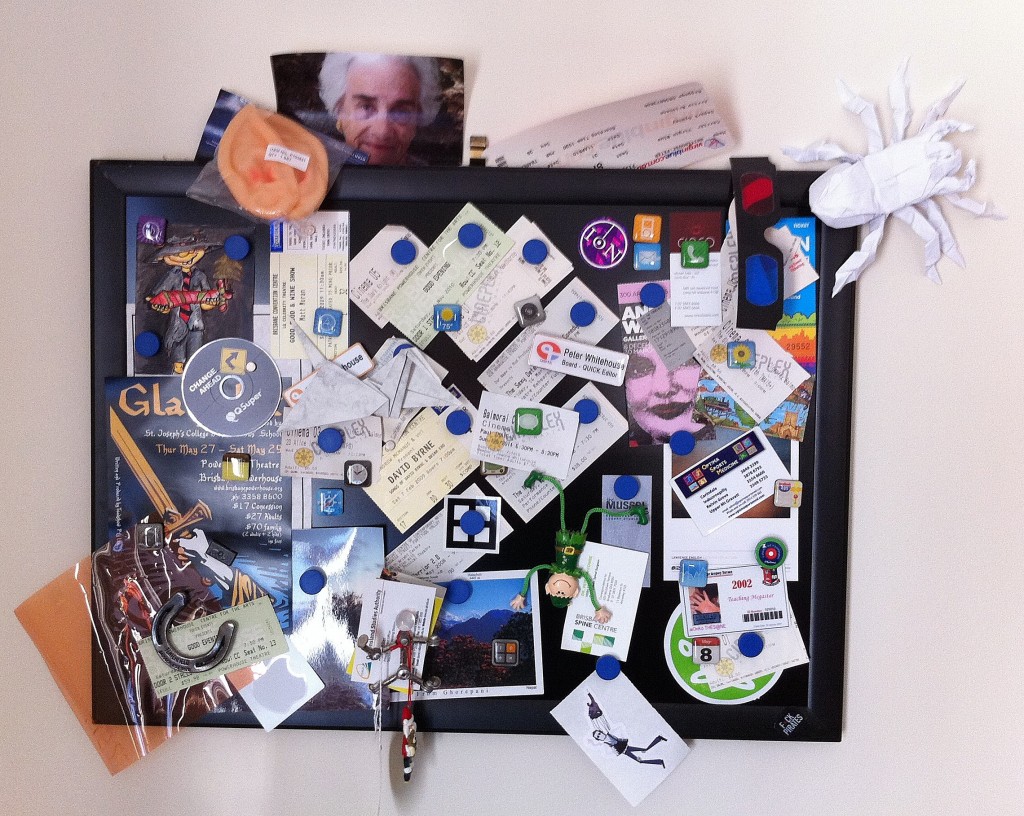 This model seems like it wants to get up and go places, so I have begun creeping out the family by making it do so (Blu Tac is a lovely thing)