Another Perfect Day in France – a bicycle, a baguette, a bottle and a garden 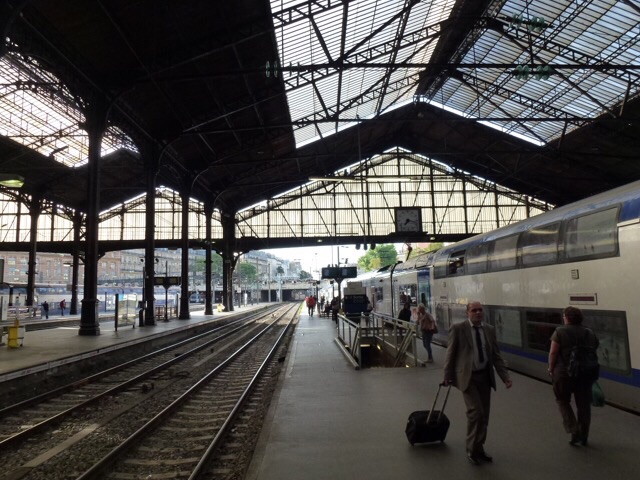 We both had a passing interest in Monet and his art, Jo had done some research and found a bicycle tour run by a company we had used when last in Paris to skip the queue on the Eiffel Tower and so we decided to book the day out with them. 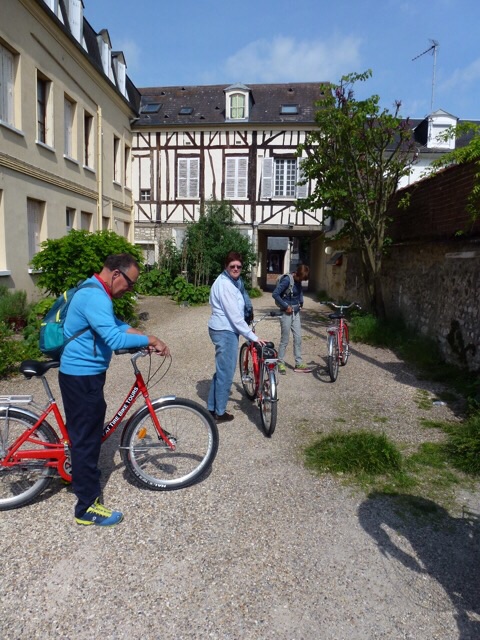 It was no forgone conclusion we would go – both still battling coughs and flu symptoms, we had a restless night sleep but woke up feeling like it was worth a shot, given there was a cancellation fee so we girded our loins, dosed up and after a restorative morning pastry for breakfast (one of the advantages/disadvantages of being so close to Paris’s best Boulangerie) we headed off on the metro to Gare St Lazare, a regional train station. There we met up with our guides and the rest of the group – 30ish people, all ages and shapes which made us feel better and more capable of actually coping. 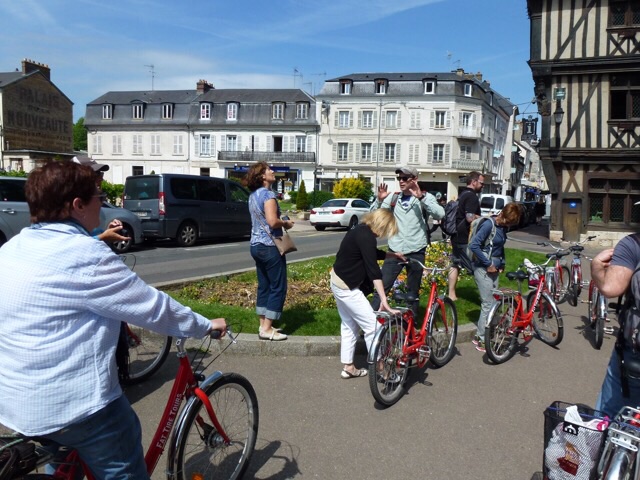 The tour organised all transfers, so we boarded a speedy train, got talked to about Impressionism in general and Monet and his inspirations in particular which made the trip to Vernon fly by. 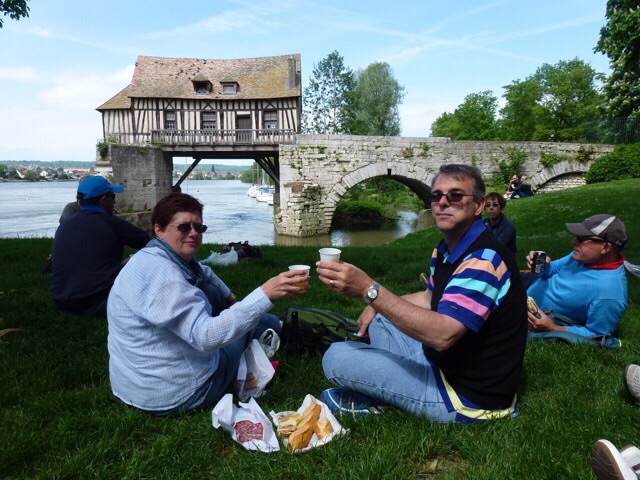 On arrival in Vernon, we headed to the bike lockup, were issued all purpose 3-geared bicycles and then headed out through the town past an ancient cathedral (actually a contemporary age to Notre Dame, but with little of the restoration done to it) to the village centre. There we locked up the bikes and headed to the shops – the aim, get the fixings for a picnic – easy. 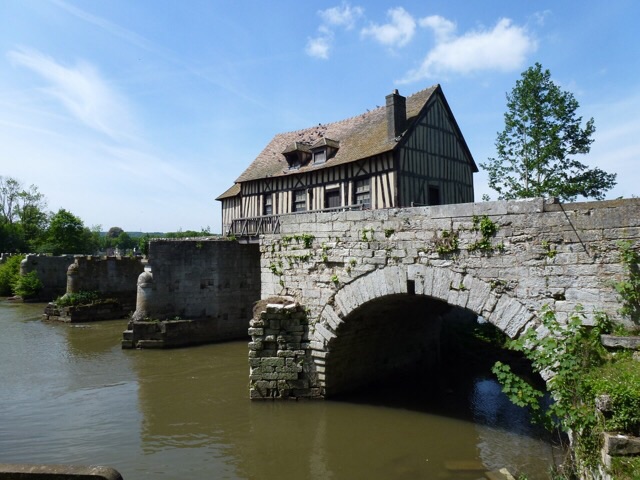 First stop was a charcuterie where we picked up a rather luscious slice of rabbit and pistachio terrine and some sliced sausison. 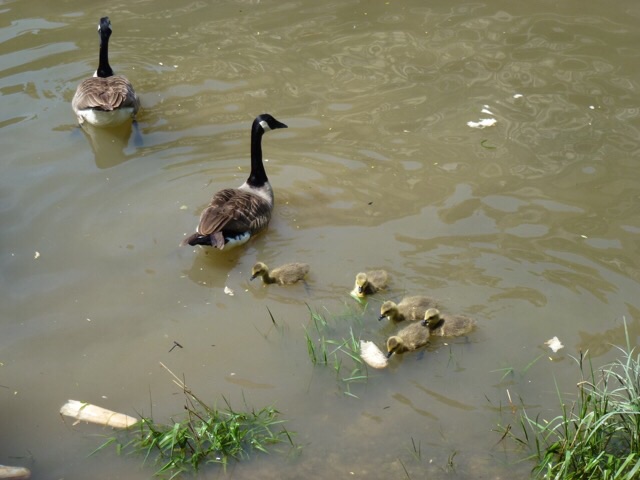 Heading towards a Boulangerie we came across a arty bits and pieces shop and found a resin rooster that we thought should live in our kitchen back home – very French and resplendent. We have learned not to agonise. When we see something we like we buy it, the whole think about it and come back thing never works. We have named him “Vernon”, a suitably regal name (buggered if I know how we will get him home, but you get that). 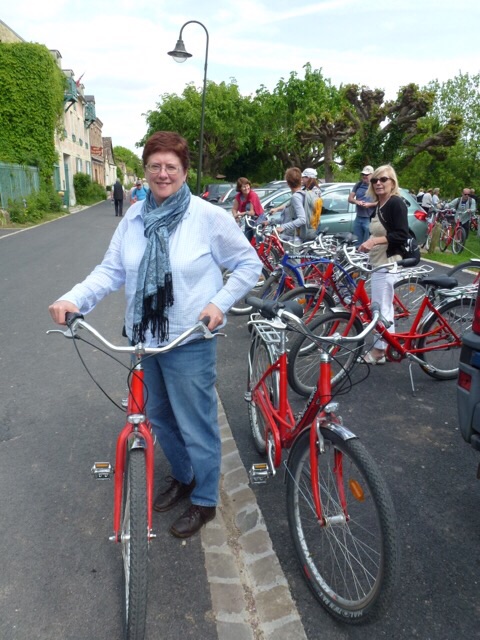 We then picked up a baguette and a sweet choux pastry then headed off to a fromagerie – we had been told about a rather wonderful rustic pear cider they sell cold so we got a bottle. All our bounty fitted in the backpack (with the baguette sticking out the top – like a real Frenchman). We then cycled across the bridge and picnicked beside the Seine on a lovely grassy verge. 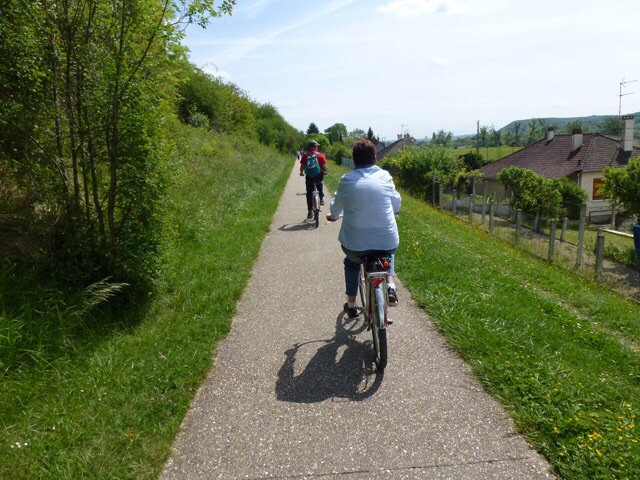 It was warm, the ducks were out with their ducklings, the water flowed as did the cider providing a stunning backdrop to a stunning and deliciously bohemian lunch. 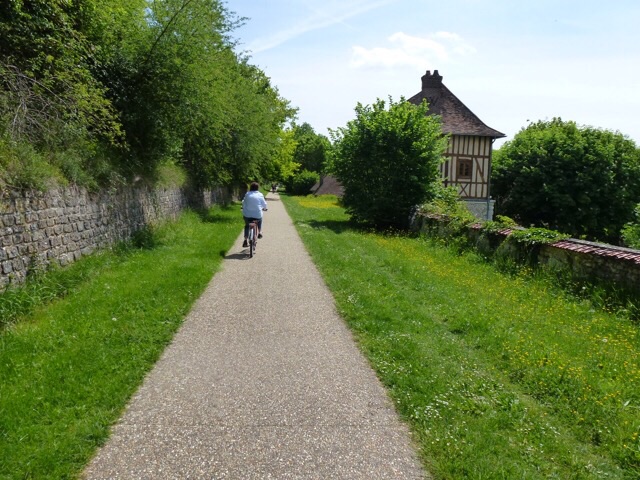 After relaxing, suitably supped, we hopped on to our bikes for the ride out of Vernon towards the tiny village of Giverny. Part of the trail was an old railway track, repurposed as a bike and pedestrian way – can you imagine gently cycling through the French countryside, breeze in your hair, warm sun on your back, fields, cottages, haystacks (well, none of these, too early in the season, but imagination is a wonderful thing). 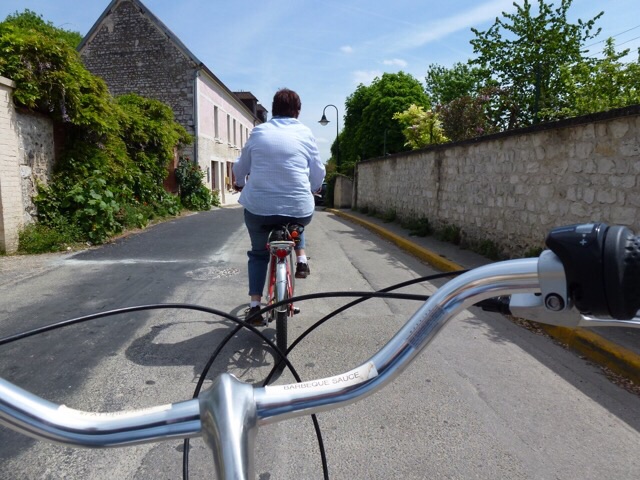 We really loved the ride, it was peaceful and picture postcard perfect. We were a little wobbly and Jo really did not like the traffic/road section which for us seemed a little scary but road rules in France seem a little open to interpretation. Before too long (the cycle way was about 3 miles long) we were locking up our bikes in the outskirts of Giverny, on rue Claude Monet (I guess this must be the place). 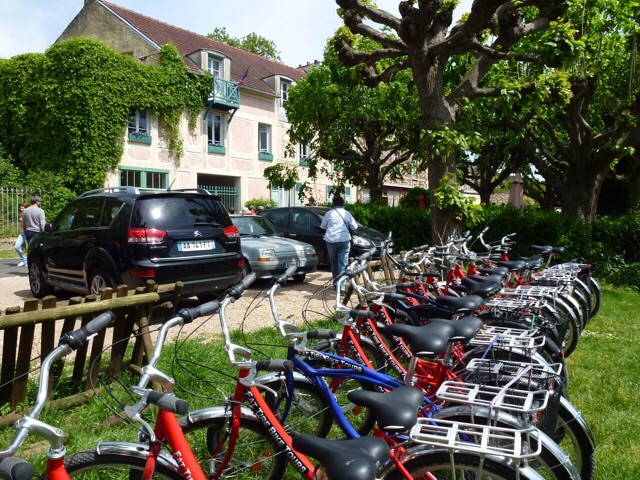 Looking at historical photos of Giverny, the modern town and the original cluster of buildings in a field near little resemblance. One wonders if Monet was in the modern day country side would he find the inspiration to paint – my guess is the contrast between the heavily industrialised and dirty old Paris and the new verdant landscape was his muse, but what do I know? 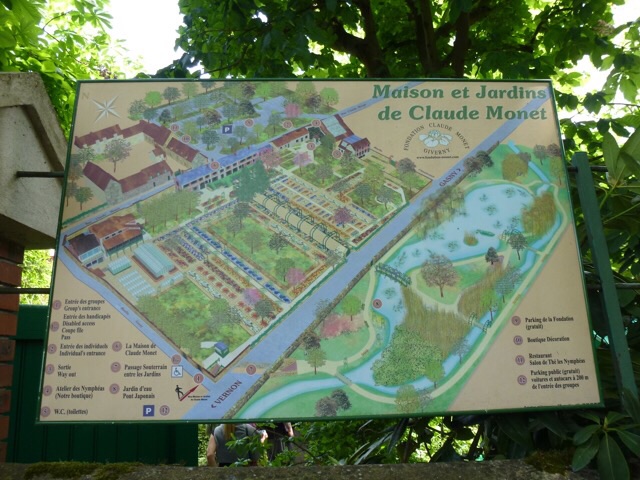 We walked to Monet’s house, took a side street and entered the garden at the rear, were given a rendezvous point and time that were ages into the future and then were left to our own devices to explore. 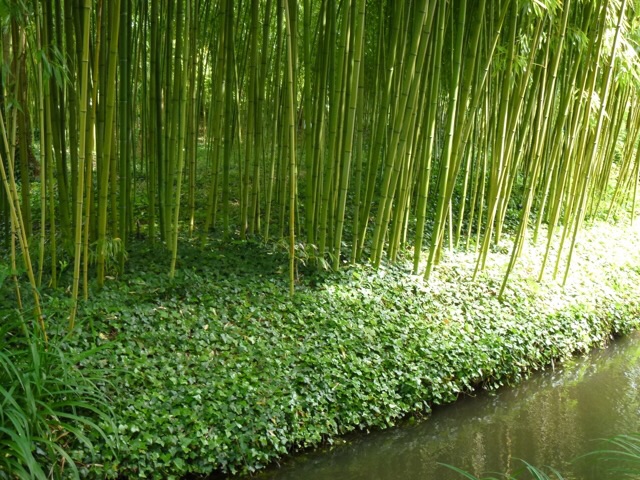 His original house had a formal garden, but when he got wealthy (one of the few living artists to directly benefit from painting sales) he purchased part of the paddock below his house that straddles a creek and here he created a water garden with split streams, bamboo and flower gardens surrounding water lily ponds. 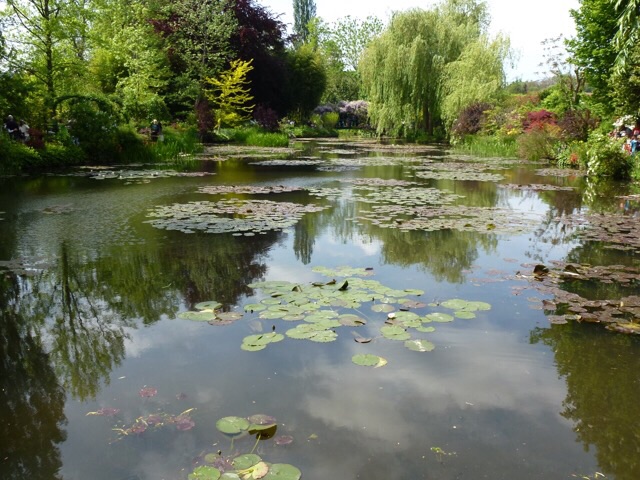 Japanese bridges, gently twisting paths and rich planting a of annual and perennial colour amongst mature trees and anyone would be art inspired here. If it is close to what it was like in his day I can understand his predilection for form and structure rather than detail, distilling the essence of the scene as it melts into a miasma of shape and colour and movement. 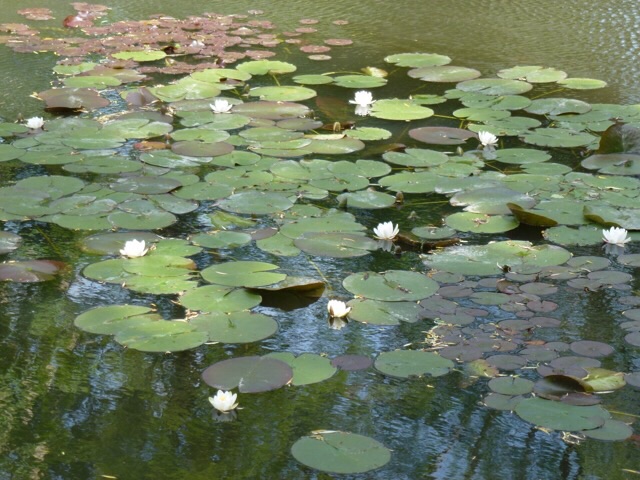 Apparently, when he got old and passed on, the property fell to his sons, both of who, died fairly soon after leaving the property heirless. Astonishingly it lay abandoned for ages, decaying gently, gardens growing wildly with much of the artwork still in the house. When it was donated to the state, conservators arrived to find a tree growing through his studio and paintings all over the walls – these were “relocated” for “safekeeping”, most of which can now be seen in museums but can you imagine such a treasure trove just gently rotting in the countryside unattended – boggles the mind. 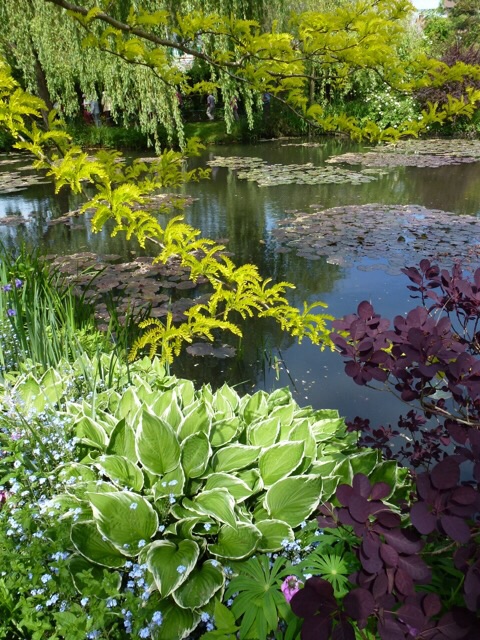 We wandered, photoed, gasped and sighed, each twist of a path brought a new vista, tantalising glimpse of the water, Japanese inspired bridges and luscious plantings. The foundation that now runs the place used Monet’s own notes to replant and maintain. Everywhere you look there was colour, life, inspiration. 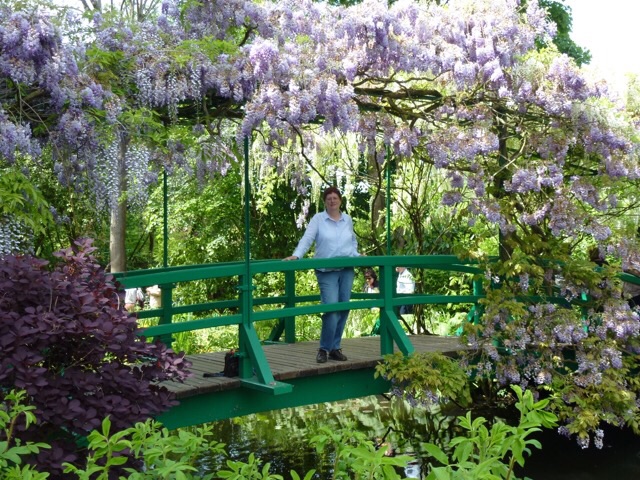 After being suitably blown away by the water garden we moved up closer to the house and the formal garden – down rows of colour, rose arbors, espalier pear and apple trees and a glorious chicken run – this was a garden to be enjoyed, lived in, played in and to paint. 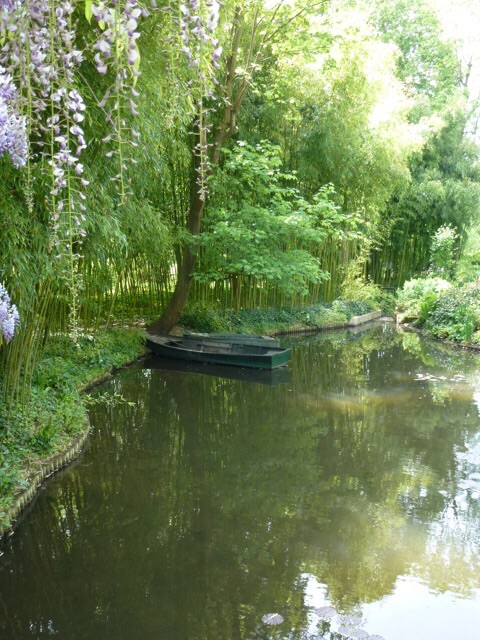 The walk through the house was interesting – in salon and studio, copies of famous works crowded working racks and rails, throughout the house were hundreds of Japanese lithographs which actually make sense – he collected and was inspired by them. 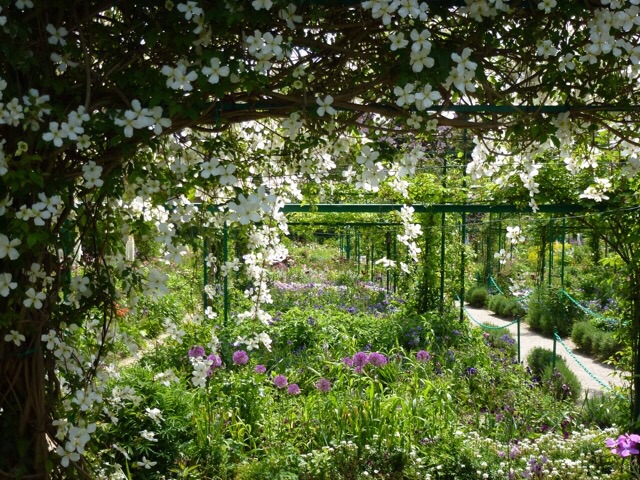 In very Japanese style, many were concentrating on landscape elements rather than trying to bother with narrative – something Monet was most criticised for by the then art establishment – silly stuck in one genre French persons they were. Changes to the salon style of acceptable art in Paris were slow and much contested it seems. 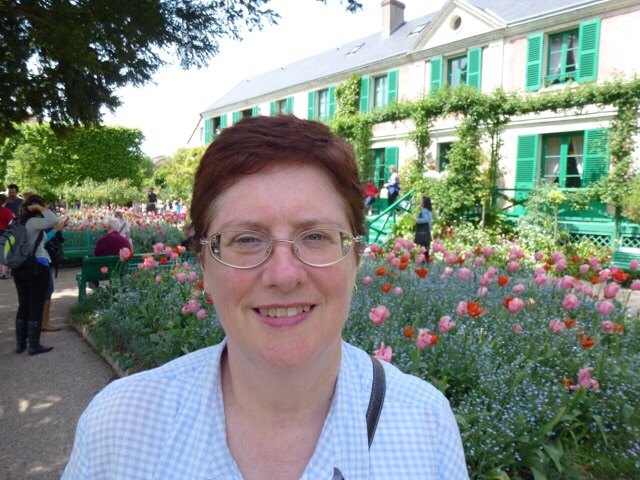 Exiting (through the obligatory gift shop where you could buy nearly everything Monet – hats, umbrellas, coasters, novelty condoms…) we walked back to our meeting point in time to gather bike and cycle to the local Giverney churchyard and notice the Monet family grave site, revealing a tangled web of marriage, re-marriage, step-relations and infidelity. They lived a life that was rich and full, leaving an art legacy rare and beautiful. 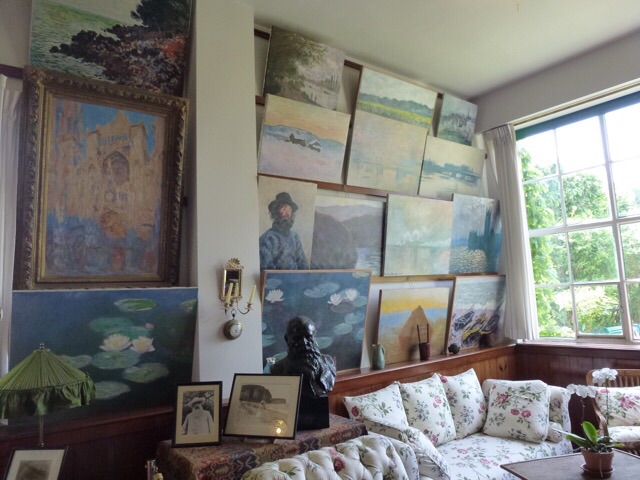 We cycled back to the bike lockup, much of the trip this time was gently downhill and fairly easy going. The town stuff on the roads was exhausting and at times we lost sight of the rest of the group, but we made it back with time to spare, locked up the bike and a little saddle weary made our way back to the train station. 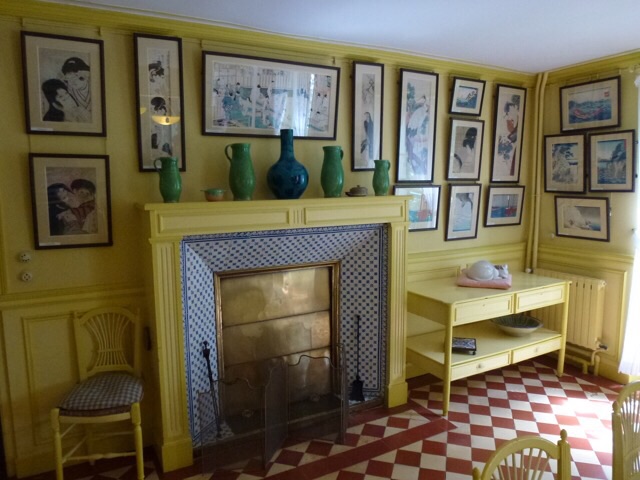 The trip home was slow – our high speed train went really slow, due to some electrical problem on its original line we took a slower regional track and so arrived back late, buggered. Quick metro combo and we were home, simple light dinner and then bed. 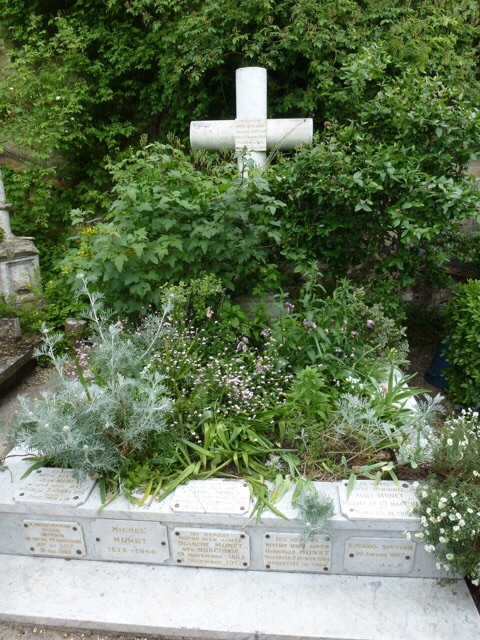 A perfect day in the French countryside indeed. 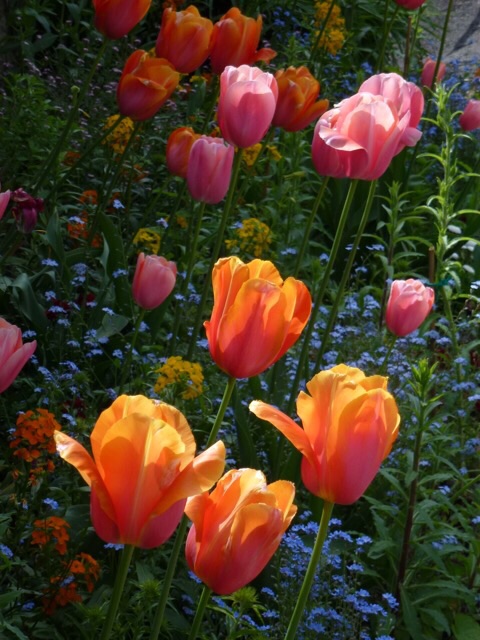 One Response to Another Perfect Day in France – a bicycle, a baguette, a bottle and a garden