A Picnic at Hanging Rock

As we were in a part of Victoria adjacent to the Macedon Ranges, it seemed inevitable that a trip to Hanging Rock as something we should do. We watched the old movie “Picnic at Hanging Rock” the evening before as a form of preparation (although I think the movie has not aged well, such shallow characters, wooden acting and so little happening for such a long time). Next morning we learned from the news that today was the 50th anniversary of the release of the book “A Picnic at Hanging Rock” so our timing could not be more on-point.

We started the day with a brilliant breakfast at “Redbeard”, a oldschool sourdough bakery at Trentham. We then booked out of our accommodation and drove to Hanging Rock Winery for some wine tasting. they had a wide variety of styles, but we needed 2 bottles and settled on the Moscato for Jo and a Sangiovese for Peter. 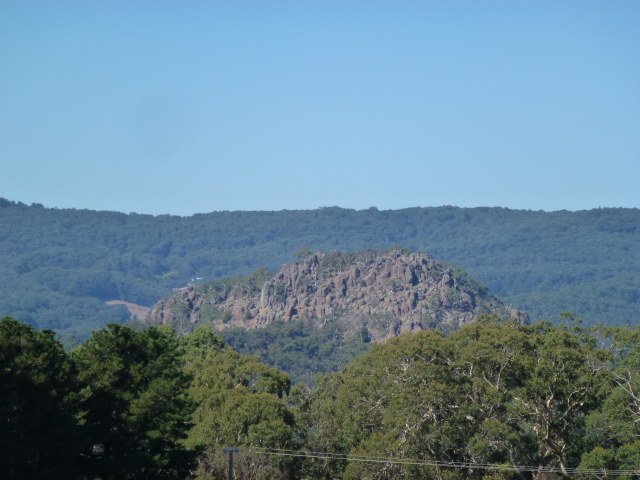 We then followed the signs to Hanging Rock – oddly our SatNav got completely lost close to the rock (but do not panic, our watches did not stop at 12). 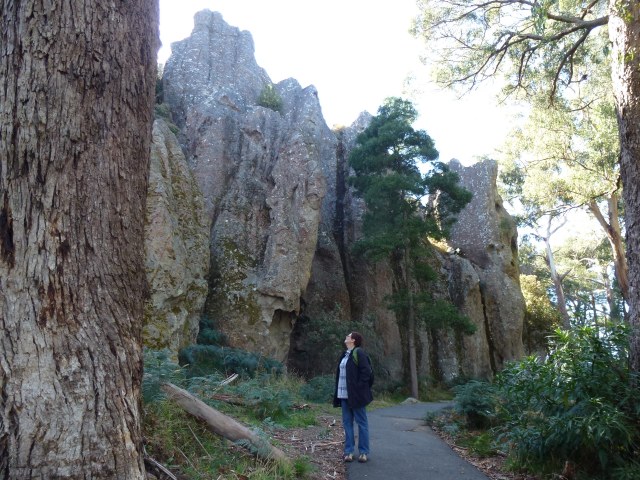 The climb to the top was tiring but manageable, punctuated by film crew personnel stopping and starting us as they were filming. Apparently there is to be a new mini-series adaptation of the story – I cannot imagine how they can stretch that out to a mini-series but apparently, it is happening some time next year. 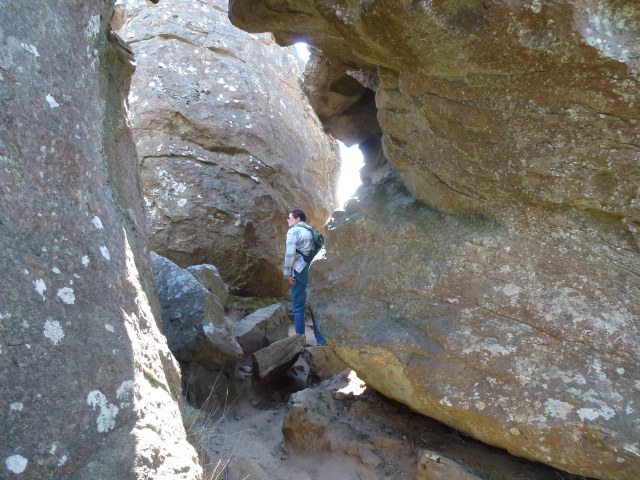 We were followed up by vehicles, cast and crew. Fortunately they had mapped out location markers, presumably for later shoots, and we were able to locate landscape highlights easily. 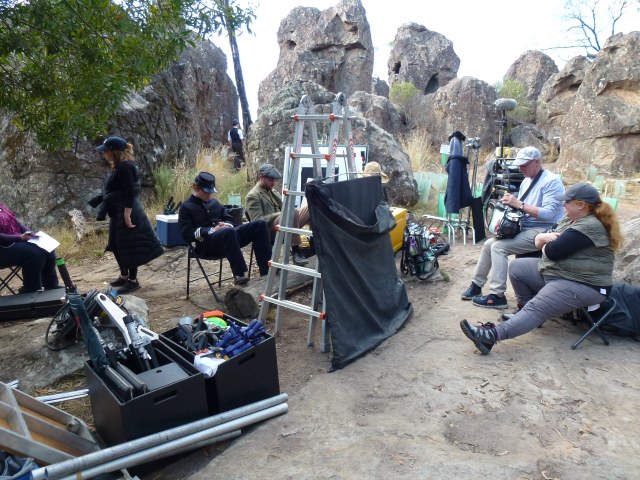 We made it all the way up through the cathedral to the summit, amazing views all round on a brilliant clear day. We decided the countryside around this region is lovely, but at this time of year pretty dry.

Coming down we re-encountered filming, including some eerie scenes of the girls in (man-made) foggy forest glades exploring – I took some photos and got into trouble for doing so – I was determined not to let the chance elude us though – coincidence was strong with us on that day. 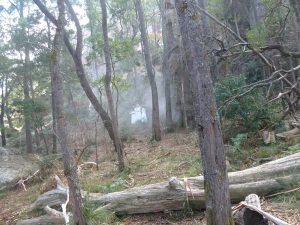 When we reached the bottom, we got our esky and had a simple picnic – well, it would be wrong not to really.After a restorative rest, we paid the entry fee to leave and then headed over to Mt Macedon. 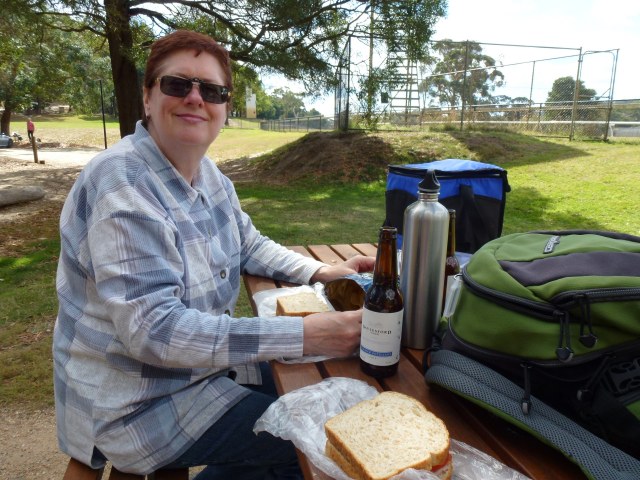 A nice relaxed drive up the range took us to Mt Macedon Memorial Cross park. A nice ramble along the ridge (on wobbly legs still recovering from the Hanging Rock descent) to a lookout with a sweeping vista of the other side of the ranges-amazing. 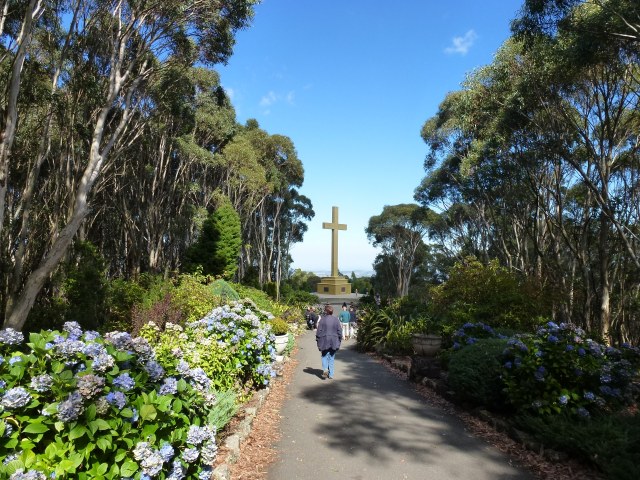 Suitably refreshed and satisfied with our day at Hanging Rock, we headed back into Melbourne.

We settled into our accomodation, a short stay apartment block near the corner of Queen St and La Trobe St – we stayed here last time in Melbourne because it was close to most things, trams and Queen Victoria Markets.

We finished our day after dinner with a walk to Queens Bridge. From there we viewed the Gas Brigades outside the Crown complex before turning in after a long day.