Being in a country with centuries of occupation by stone dwelling building peoples, one is surrounded by relics in various states of repair. We have visited grand houses on estates, ancient high rise living and fortified strongholds typical of Irish life. 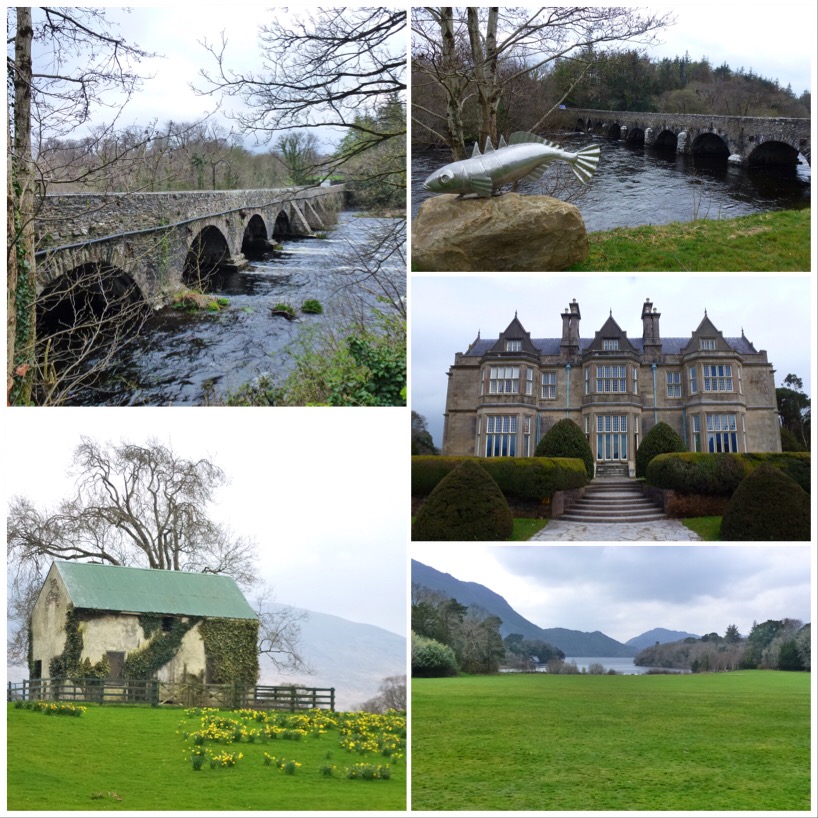 On our rest day, we decided to venture out after a sleep in to visit Muckross House, a palatial grand estate with sprawling gardens on the possibility of seeing deer (something Jo wants to do for … reasons). We leisurely wandered the gardens, felt like royalty for a little while and then went on to what we thought was a ruined castle.

Ross  Castle it seems is misnamed. It is more correctly a “tower house”, the residence for a well to do family that was essentially a series of stacked rooms built of stone, timber and daub. We arrived and discovered not a ruin but an almost completely restored tower house. Not what it looks like from without. Although it was slightly defensive, the defences were really to keep squabbling locals out rather than a military stronghold. 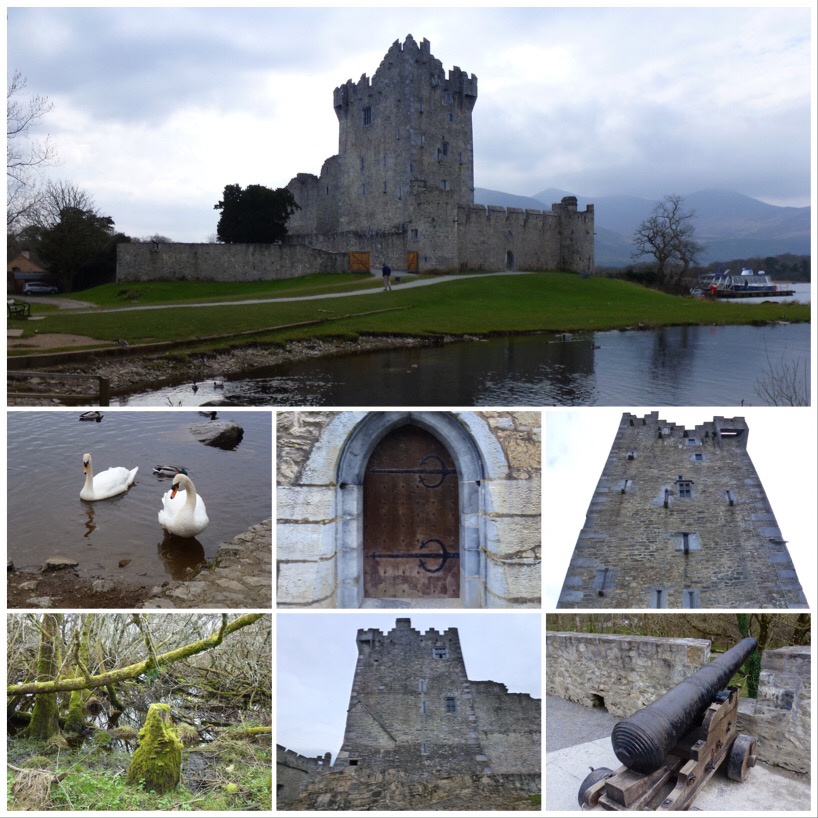 Accessed via a single fortified entrance (over which was a murder hole – a welcome mat above through which you pour boiling oil to welcome unwelcome guests) and a perilous narrow spiral staircase that linked the 4 floors of extravagant (for the time) family rooms with guard rooms, servant sleeping quarters, minstrels gallery and privy. The “guarderobe” was a stinky privy chamber they used to hang clothes in to kill germs and parasites (the stench from the poop chute had uses it seems). Sadly we were not allowed to take photos inside as it was furnished with priceless antiques and artefacts that clearly illustrated how miserable, uncomfortable and unhealthy the nobility were when living in the thing. The sad truth is they were better off than the peasants outside, who must have been truly retched. We were really taken with the care and attention they had lavished on this once ruined building, but note that there is precious little money available for restoration, most of Ireland’s historical budget goes to preservation, a losing battle given the climate. 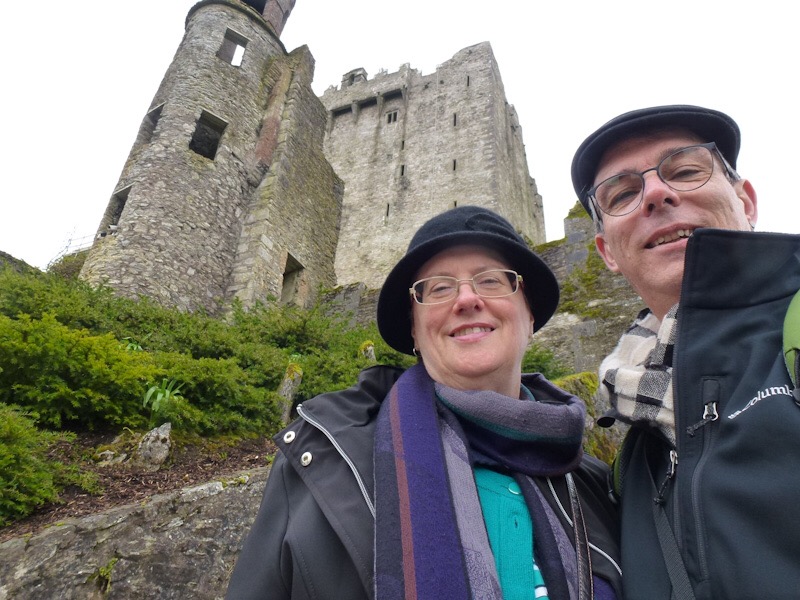 The next day in transit to our new digs (in Kilkenny) we visited Blarney Castle, a famous ruin on a huge and well tended estate. Blarney is a castle, a defended military stronghold that also had high status living quarters for an official and his family. There are many reasons to visit Blarney but the most famous is the kissing of the Blarney Stone, I figured we have come all this way, mad if you didn’t. You climb to the top (we mistakenly climbed straight up a tight spiral staircase, reasoning we would beat the crowds and explore the rest of the castle on the way down. 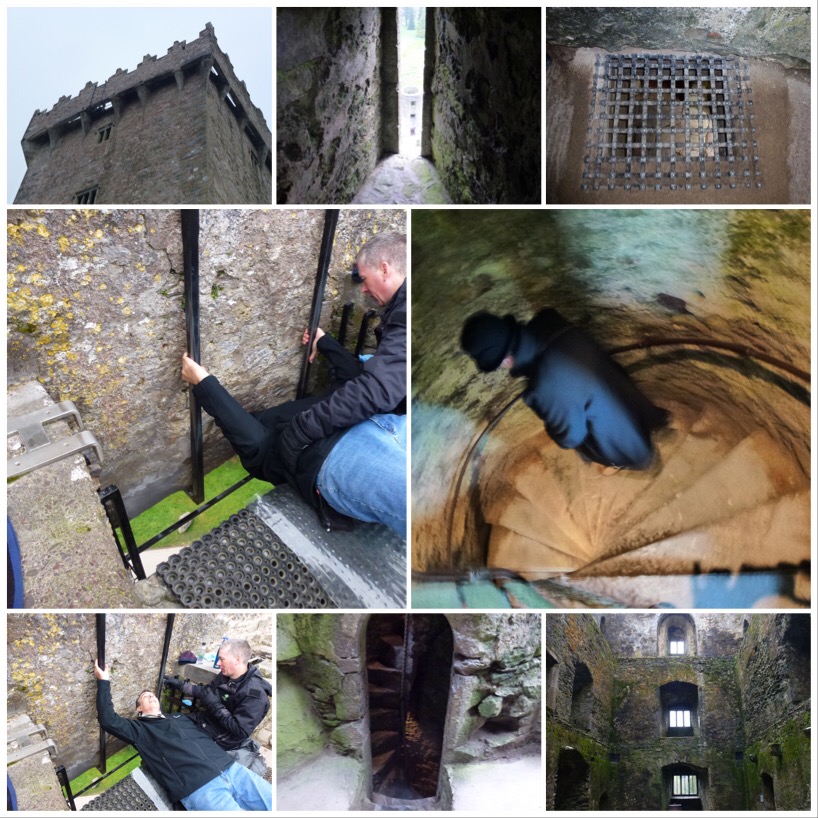 To kiss the stone, you lay on your back, and then lower yourself backwards upside down to a polished stone under a battlement – it is terrifying, I was sure I would fall, but I sealed the deal, have photos to prove it and my heart has just about stopped racing a day after the event. As the story goes, kissing the stone gives you the gift of “Blarney”, or eloquence in your speech. Since I do not speak proper that will come in handy. 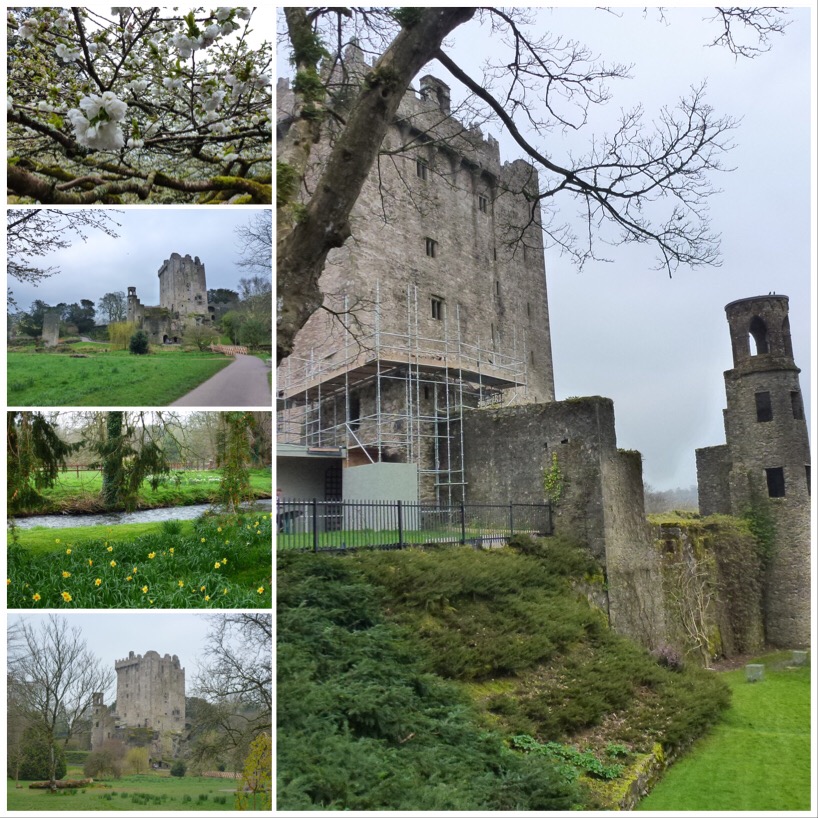 On descent we realised you go down a DIFFERENT spiral staircase (Blarney is fairly unique in that it has multiple ways up/down) and see a different collection of chambers – bugger! I went back up, and did some pictures in the missed rooms, but was knackered by days end from all the stairs. The centre of the castle, once the owner removed the roof to avoid paying “roof tax”, collapsed and is now a hollow void. You can see where the floors must have been, and the placement of windows and fireplaces make sense, it was once a very grand residence. 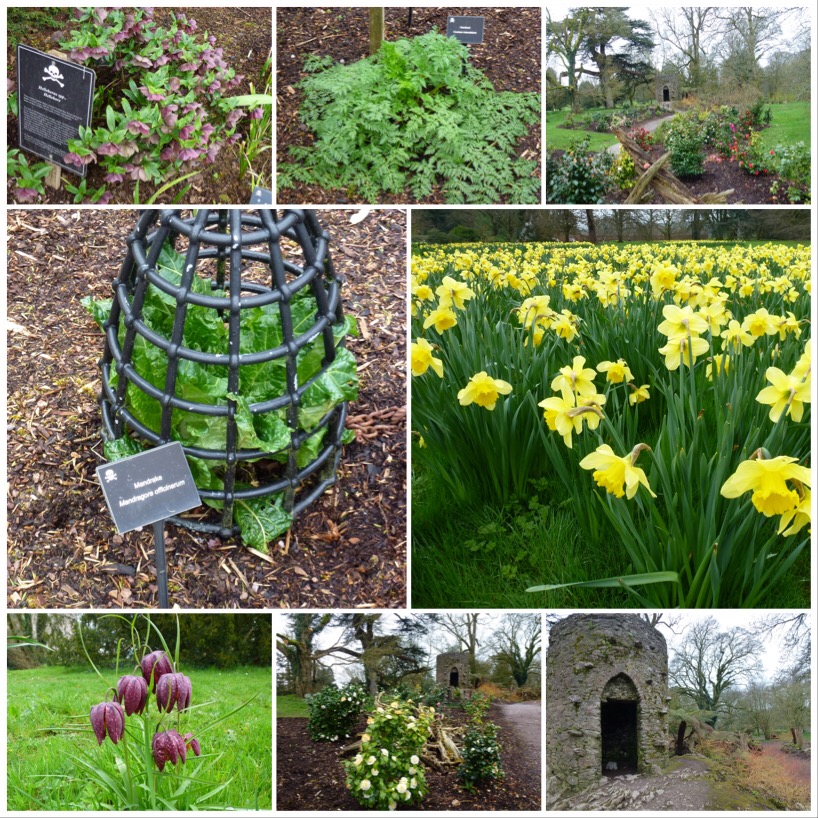 We explored the gardens, amazed that they have a “poison garden”with plants, cultivation notes and how to administer the toxins, what their effects are etc. If you want to murder someone there are lots of vegetative solutions. Happy to pass on my notes.

Our last stop before Killarney was The Rock Of Cashell in Tipperary County. Built upon a rock, this fortified church was developed over a hundred years or so and contains one of the oldest tall towers (containing Ireland’s earliest spiral staircase apparently), a huge destroyed cathedral and a bunch of monastic buildings in various states of decay. A couple of outbuildings and a chapel(closed for … reasons) have been restored but you can understand the scale and grandeur of this gothic cathedral, and its military/ecclesiastical importance by location and decoration. 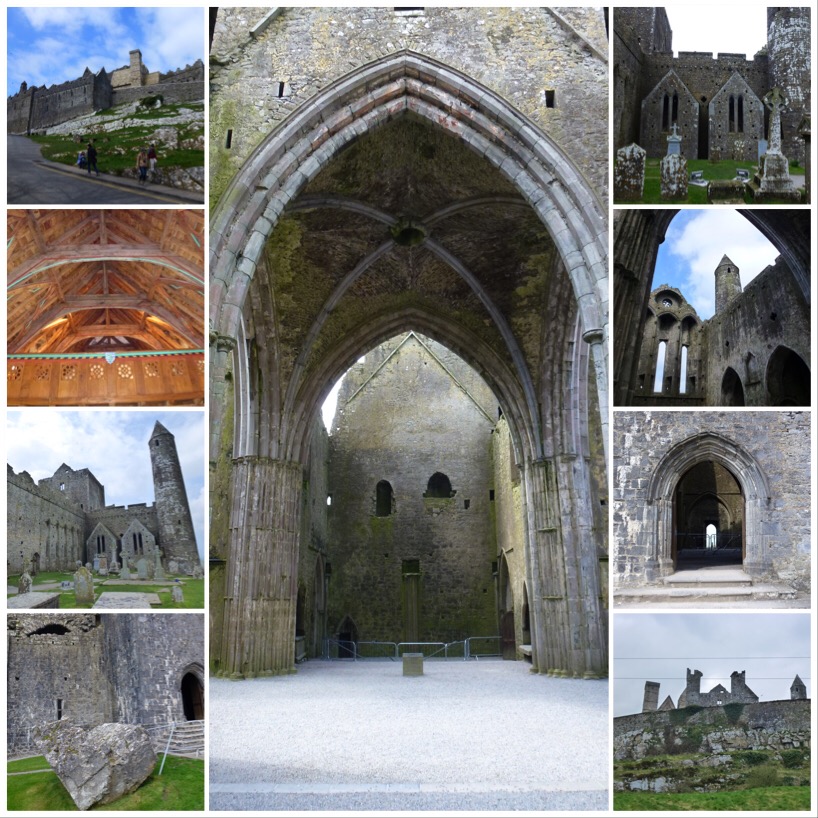 Our couple of days of castling was awesome, we have more to come but we realise that life was tough regardless of class, building with the aim to defend is not fun, nor would the scourges that savaged the country. It seems also that Oliver Cromwell (an English exploring “darling”of QEI) was a barbaric bastard, given the misery and desolation he and his troops spread on his many raids on Ireland. No wonder there is so much historical animosity between these geographically close and culturally not that dissimilar people. Much of the conflict was justified for religious reasons … another “good” side effect of arbitrary variations in belief systems… not.